MEGA-BRISKET SPOTTED. POLICE BAFFLED. (Or: How to Mess Up a Genius Recipe)

Today: A heads up to the first owners of the Genius Recipes cookbook, a printable errata sheet, and permission to use the hashtag #brisketgate. 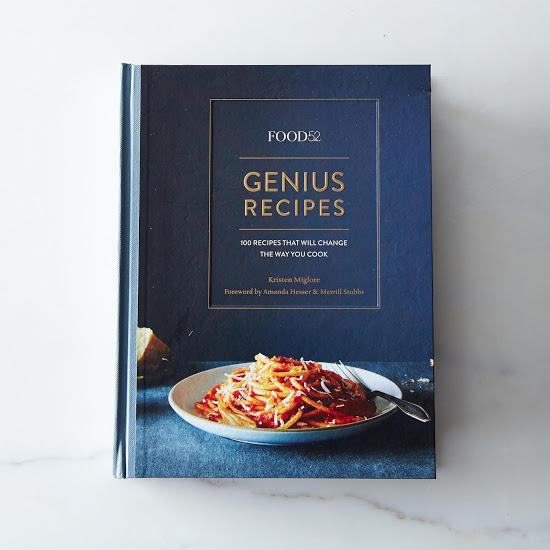 Last week, thanks to a couple helpful, eagle-eyed Food52 community members, we learned that there is an unfortunate error in the first printing of the Genius Recipes cookbook.

Nach Waxman's Brisket of Beef recipe, when first published in The New Basics in 1989, called for 1 first-cut brisket of beef (5 to 6 pounds). The recipe was again published in The Brisket Book in 2011 as 1 (6-pound) first-cut beef brisket. On Food52 in 2012, it was virtually the same.

In the Genius Recipes cookbook, due to an early copy/paste typo that became more deeply entrenched with later revisions, it's printed as a One 16-pound (7.3kg) first-cut (a.k.a. flat-cut) beef brisket, which—no matter how much grass or corn our cows eat—will probably, hopefully never exist. 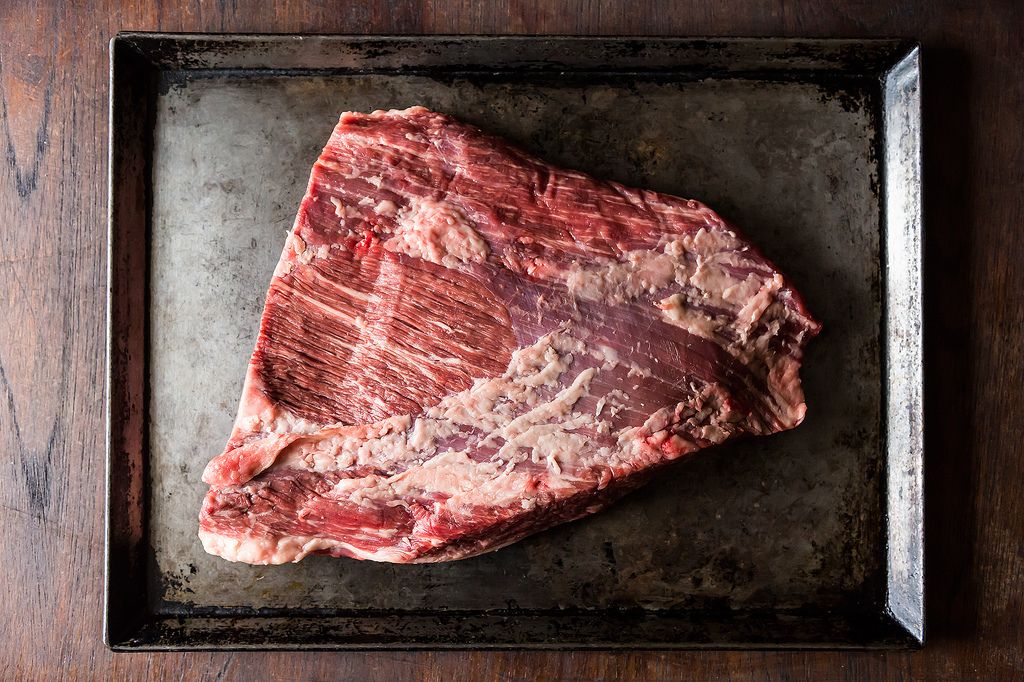 Waxman is a gracious genius, and had excellent advice and jokes when I told him about the snafu (or dilly, as he called it). The headline of this article (MEGA-BRISKET SPOTTED. POLICE BAFFLED.) was his idea.

But all jokes aside, my job in working on this book was to shepherd these recipes from the geniuses to you, and to take good care of them. I took this seriously, lost many nights' sleep over it, and enlisted as much help as I could. I feel terrible to have had Waxman's truly ethereal recipe mucked up on my watch. My only hope is that anyone looking for a 16-pound brisket will have butchers who set them straight. 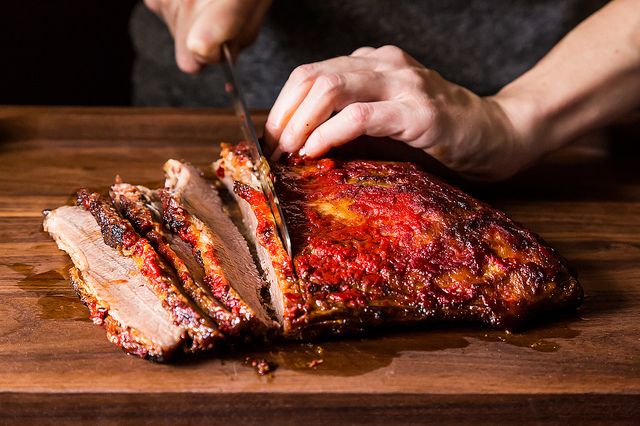 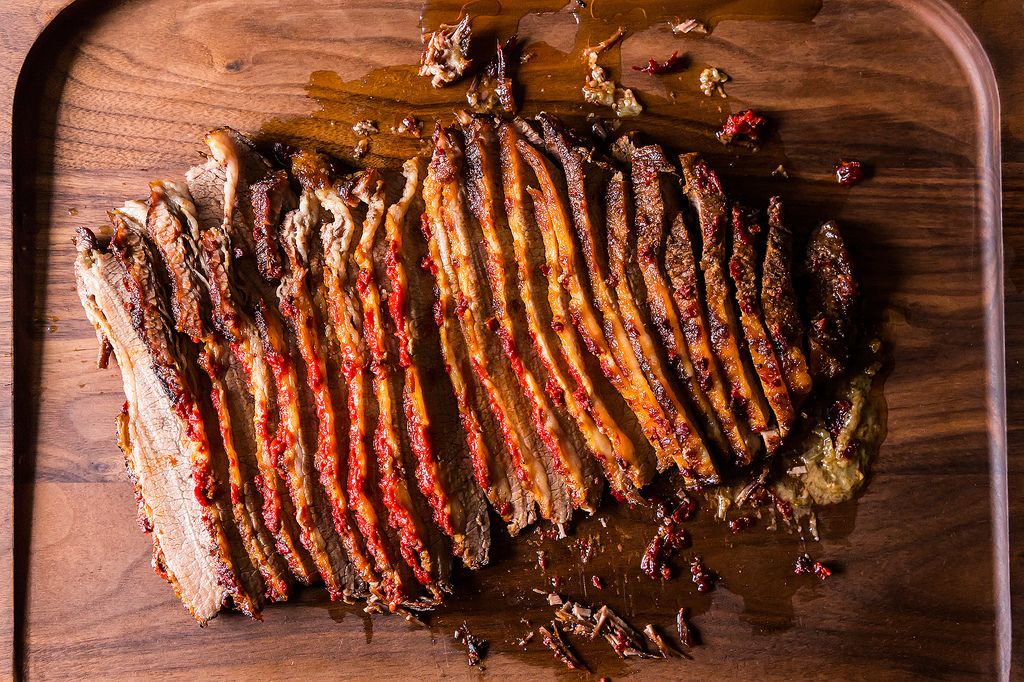 The flub will be corrected in future printings, and has already been fixed in ebooks, but meanwhile, I would love if you can help me get the word out (and, heaven forbid, alert me if you see other errors). We designed a printable errata sheet (see below) that you can tuck into your books and send to anyone you've gifted it to (or come to a signing and I will correct it in person!). Tweet about it; tell your friends. Mock me if you like. Here's a hashtag: #brisketgate.

And if worse comes to worse, as Waxman told me: "If the world gives you too much brisket, make hash." 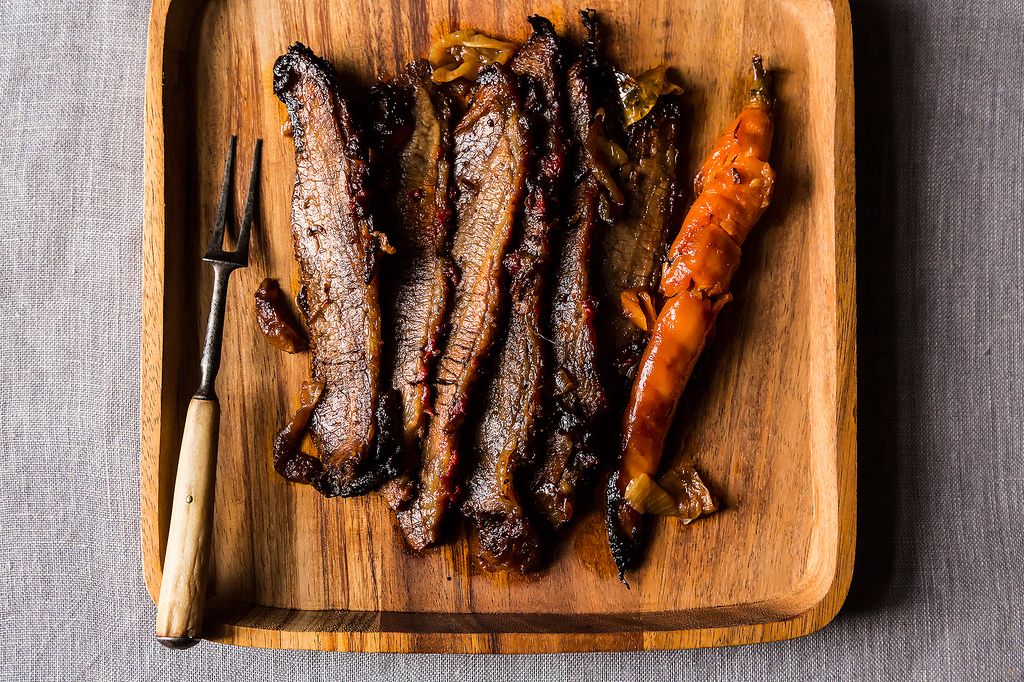 To print your errata sheet, go here (or click on the image below). To learn more about the book, go here. 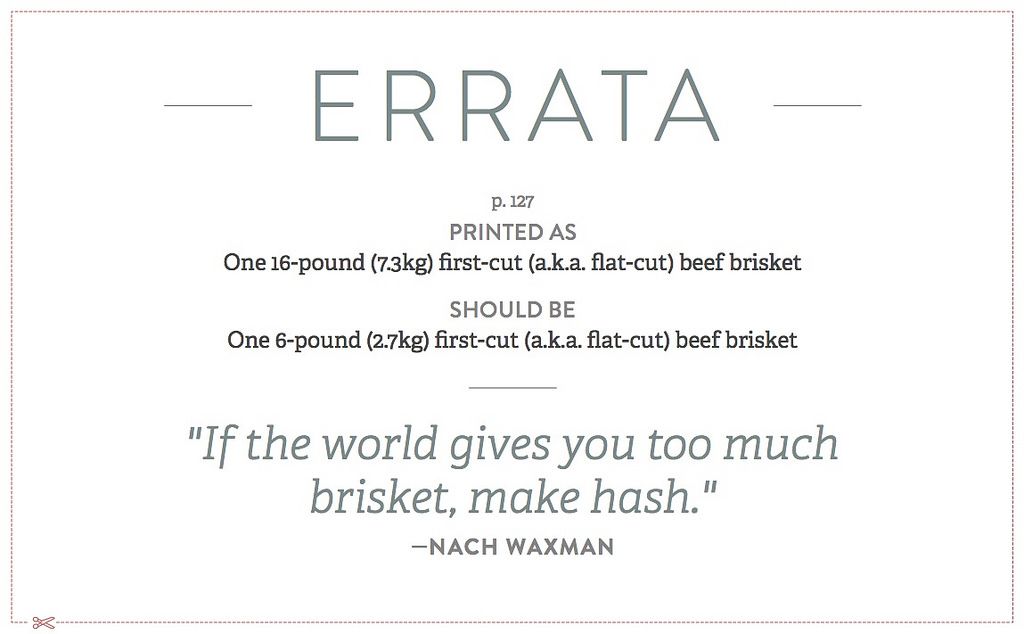 carol H. November 15, 2018
egads- I had to make the brisket for cookbook club. It took awhile to find a 16 lb brisket and I had to settle for 14 lbs. It fed over 20 people and and I had leftovers for two nights. It was also expensive and I am not sure we cooked it long enough. I thought it was strange that I needed one carrot and 16 lbs of meat.

Ali W. May 13, 2016
My roommate and I decided to cook this brisket for Rosh Hashanah last year. In my defense, I'm not American, so anything that's not in the metric system baffles me. But I guess we decided we needed the biggest piece of brisket we could find, and our butcher even told us we were lucky because we got their last brisket, as he handed us a humongous package, 10 lbs of meat. Needless to say, our brisket was a little tough. Kristen was nice enough to correct my book at a Genius Recipes class in Haven's Kitchen, and it was like a switch was turned on in my brain. Now I really want to try this recipe again :)

cookinginvictoria April 21, 2015
Kristen, I love the gracious way that you've handled this. And totally agree with Nach Waxman that there can never be too much brisket! :)

As a book editor, I know the book publishing process well. And I can attest that no matter how careful the writer and the team of editors are, some tiny (or not so tiny) mistakes always somehow creep in. I make annotations in many of my own cookbooks, whenever I discover an error. Many of my favorite cookbooks that are otherwise flawless contain a typo or two. I still think that your book is wonderful!

Peter April 21, 2015
First, it's an error that can't ruin the recipe because it's not like someone's going to actually find a 16 pound brisket.

Second, A moment on Google will turn up the proper sized brisket.

Third, every cookbook has a typo. Now that yours has been found you can sleep at night. :-)

Jackie C. April 20, 2015
Adorable approach to what I can only assume is a common misstep in cookbook publishing. Hope you don't loose too much sleep over it, the book is gorgeous regardless!

Pegeen April 20, 2015
Kristen, if that's the only typo in the book, then The Gods were smiling on your efforts. I own very few cookbooks that don't contain some errors - they contain so many stats and measurements to proof correctly. Your gracious handling of the typo is admirable.

LauriL April 20, 2015
Now your grandchildren will have another fun story.....and I'm sure your relationship with Mr.Waxman is BIGGER and better because of this tiny snaffu!!! Nice wrap up! The book is still wonderful!!