Today: A crash course in cookbook writing from the author of Food52's own Genius Recipes: 100 Recipes That Will Change the Way You Cook (on shelves today!)—plus, some sneak peeks inside the book. 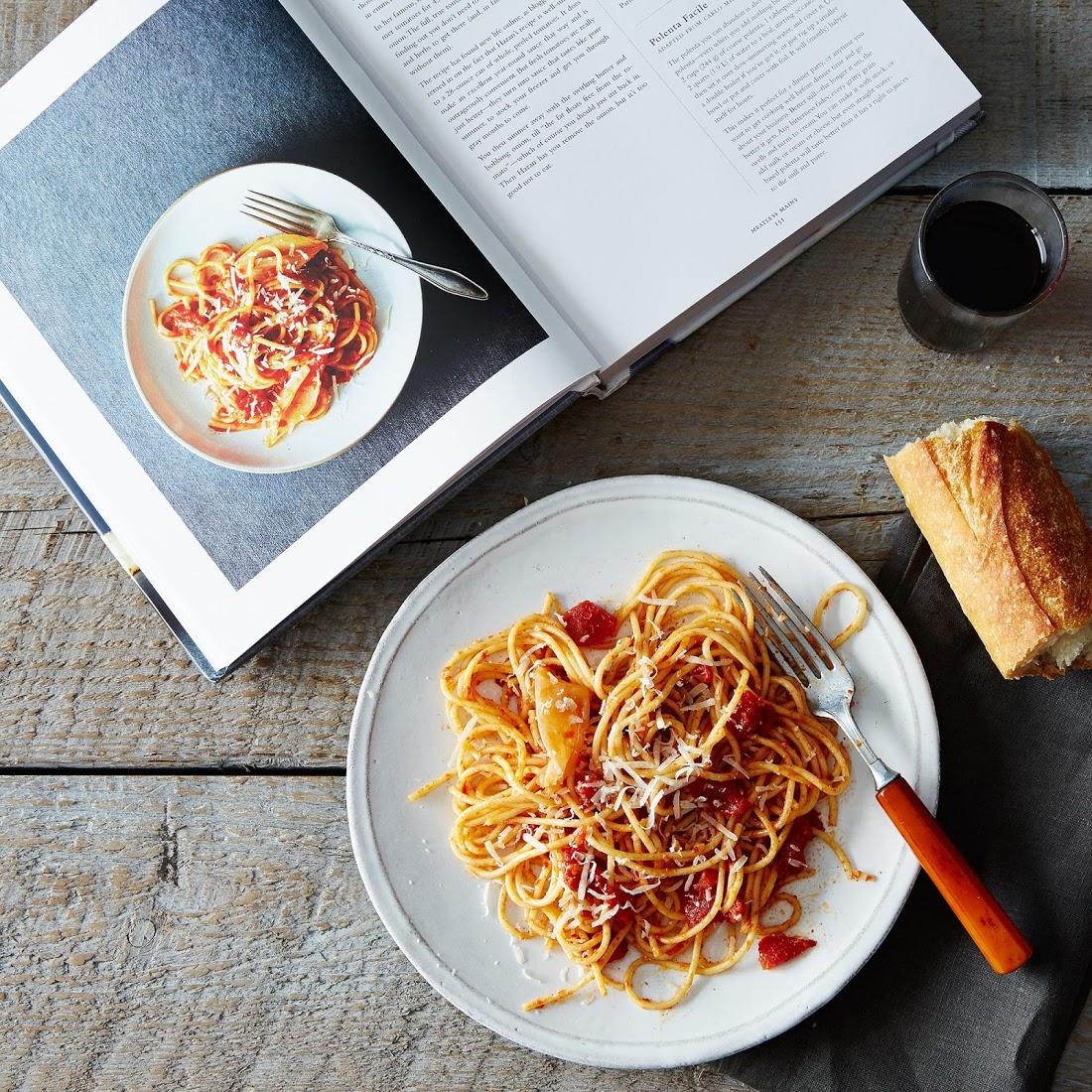 Until last year, I didn't have any idea what writing a cookbook would look like, and how it would be different from the thing I'd already been doing for years: writing a weekly column about recipes that will change the way we cook (spoiler: It's very, very different).

In January of last year, I had a looming manuscript deadline, an almost-final table of contents, and the blessing of my bosses and Ten Speed Press to go. Below are some of the lessons I learned along the way, the things I wished I knew, and the ways it all worked out. 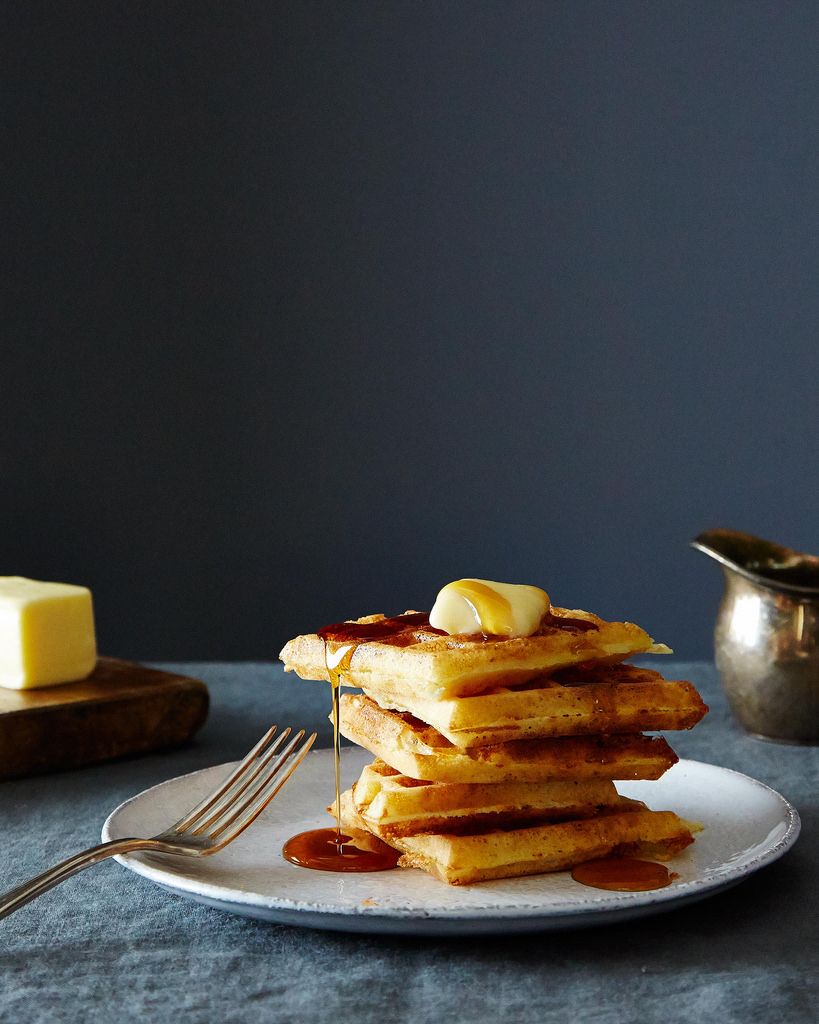 1. You can't talk about snowicanes or Angry Birds in a cookbook. Or at least you probably shouldn't.
An article (or blog post) is rooted in season and time, and you can say things about the weather, what's at the greenmarket, what just happened over the holidays. You can make quickly-dated references to the hot new iPhone game Angry Birds or that TV show everyone's talking about, Friday Night Lights. You can, within reason, do whatever you want.

In a cookbook, you want every headnote to make sense, no matter when you pull the book off the shelf, whether it's next week or next month or 10 years from now, and there are no embedded links to help explain what Janet's hair looked like on Three's Company and how that has anything to do with waffles. 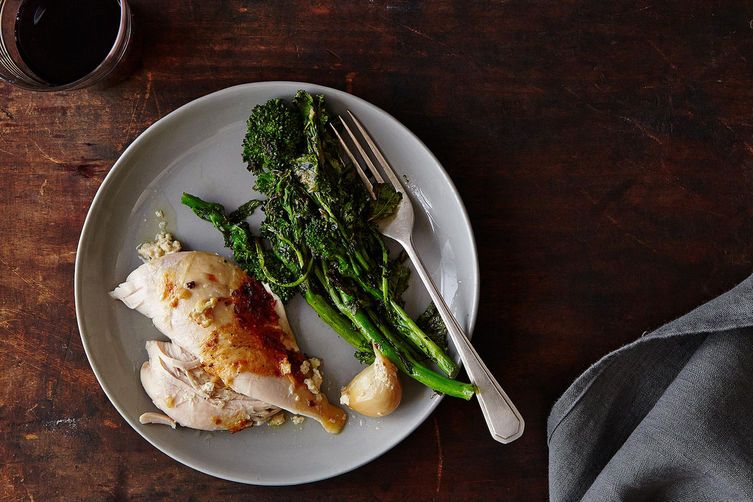 2. Not every dessert can be chocolate.
In the column, I can write about one chicken in milk one week, and another a few weeks later. You don't mind, or maybe even notice—not with chickens this good! I can call it a "series." But in paging through a cookbook, you want a balance—believe it or not, you'll get bored with too much chocolate, and suspicious if I include 12 recipes from Marcella Hazan (I wish). 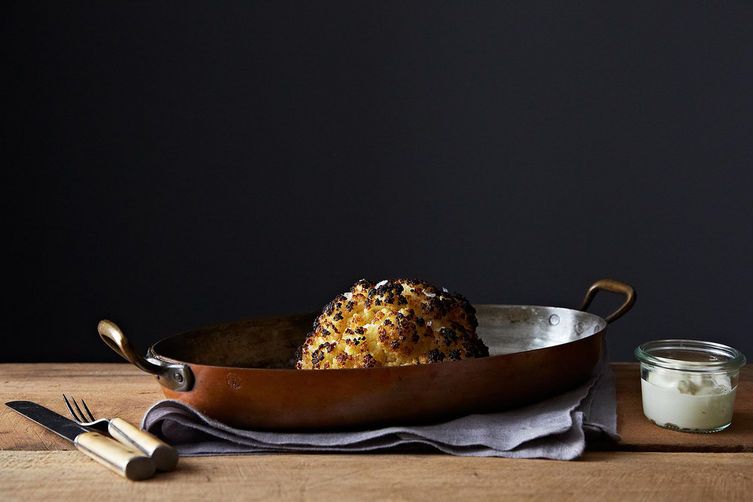 3. Shooting photos for a cookbook is like shooting for a weekly column x100.
The photos on Food52 are horizontal, because computer screens are oriented that way. Cookbooks, including this one, tend to be vertical (as do magazines). So we had to come up with new ways to use the space and some types of shots just didn't work as well. Imagine the cauliflower shot above with loads of blank space above it—negative space is cool and all, but it starts to feel very far away from the food. And for the first time, we started renting extra dishes, surfaces, and tools from prop houses, because if you kept seeing the same gray plates or wood table, you might feel more inspired to nap than cook.

More: Behind the scenes of the Genius Recipes cover shoot. 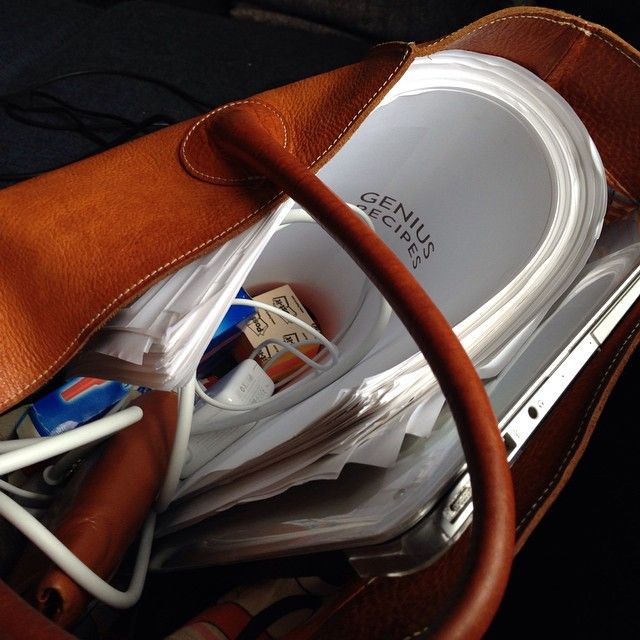 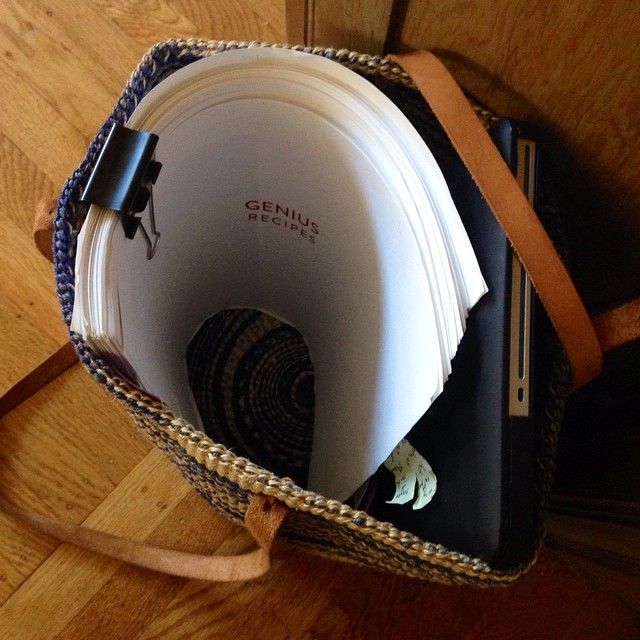 The pages, in various states of tidiness (Left: Kristen, the messy. Right: Ali, the tidy.).

4. Welcome to editing!
Once an article is published, you rarely have to read it again—it's onto the next. Until you write a cookbook including many of those articles. Then there's the developmental edit, the copy edit, and first, second, and final "pages" (where you get to see the words, photos, and recipes together on massive sheets of paper, like above). Coming face to face with years of your own words can be illuminating (wow, you really like the word "laze", don't you?), a little stressful, and a huge opportunity to get better. Even with the recipes that I was writing about for the first time (which made up about half the book), I read and edited each headnote at least 5 times, and could probably recite them aloud if you asked me to. 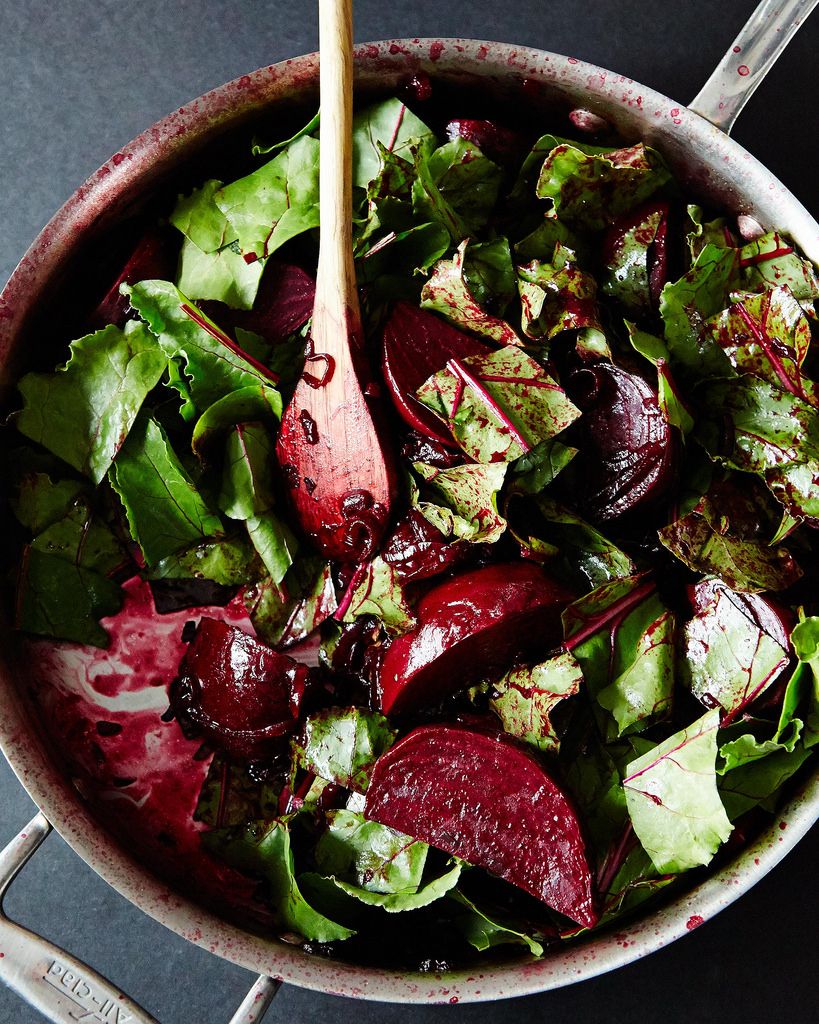 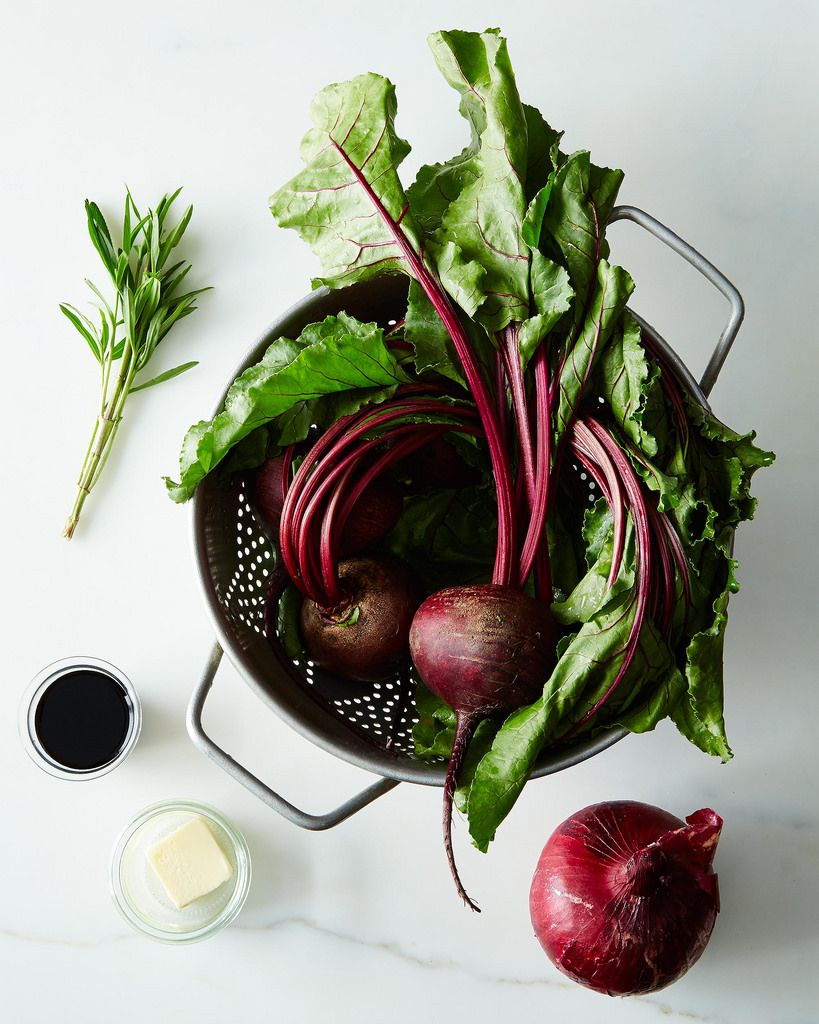 5. You need help.
To keep up with a once-a-week column, I can usually do it all at my own pace. If I want to edit in the middle of the night or test 7 recipes on a Sunday, no one is going to say boo, as long as the articles keep going up on Wednesday mornings. With a book, you need a lot more help.

To find and test all the new recipes I needed for the book, my assistant Emily Stephenson and I had a standing Saturday date in the Food52 kitchen for several months, and she pillaged her own cookbook collection to help me round out the book (you can thank her for the kale panini below and the one-pan beets and greens above, among others).

On photo shoot days, I couldn't cook everything and also be on set finding props and styling the food, so I was relieved to hand the cooking over to my ace kitchen team of Jennifer Vogliano and Allison Buford (plus Emily). I also needed a small army of readers and editors and re-testers to make sure the recipes worked and the headnotes made sense—especially my brother Billy, who didn't let me get away with anything, and my editor Ali Slagle, who watched my back the whole time. If you don't let other people help you and gut-check you, you're missing out on the feedback that will make your book better. Let the people help you. 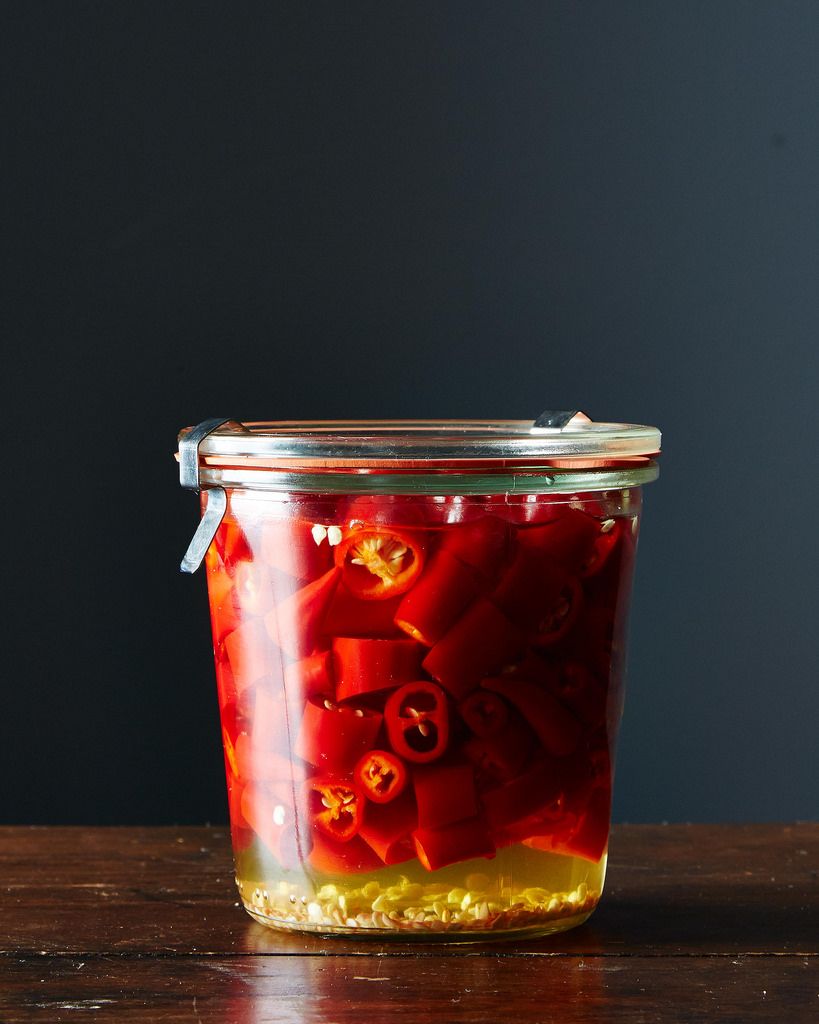 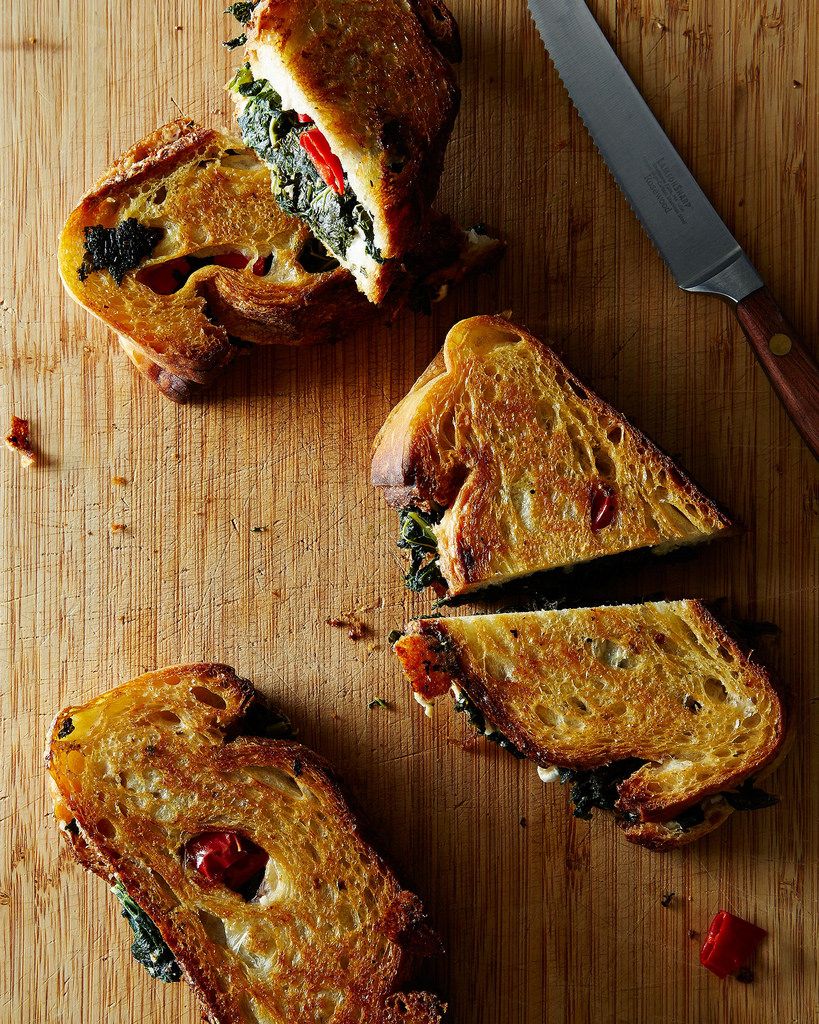 drea April 7, 2015
literally just announced my book resale 24 hours ago. A friend just sent me this today. Yes to all of it. Even the chocolate part.

Jay T. April 7, 2015
Loved the backstory on writing a cookbook! So many ideas applicable in so many ways-- imagine, persevere, edit, show gratitude!
Author Comment

cheese1227 April 7, 2015
If we've pre-ordered them from Provisions when can we expect to see them? I am just looking for dinner ideas, that's all....
Author Comment

Kristen M. April 8, 2015
The Random House warehouse team is shipping the signed copies out in batches a few hundred at a time starting this week, and I signed 3,000 copies (!). I wish I knew more, but I hope you get yours soon!

Gretl April 7, 2015
I pre-ordered my copy for iBooks and received notice last night that it was available for download. I ended up reading the T of C and many of the recipes until my eyes were crossed. This book is A WINNER. Which is no surprise, since I've been subscribing to your newsletter and know the quality. One question, I'd like to send the iBook to another friend, but all I see referenced is the hardcopy. Is the iBook still available?

Ali S. April 7, 2015
It is still available wherever ebooks are sold!