Thank Pirates for This Italian Version of Ratatouille

Italian local Emiko Davies is taking us on a grand tour of Italy, showing us how to make classic, fiercely regional dishes at home. 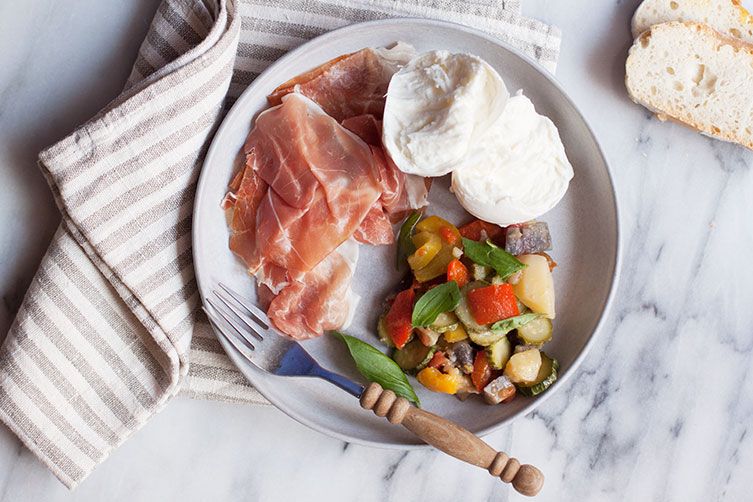 During the hot summers in Tuscany, markets fill with mountains of ripe, plump tomatoes, eggplants of all shapes (round lavender-striped ones and the darkest pear or finger-shaped ones), giant peppers colored like traffic lights, and more zucchini (small, pale, with ribbed bodies) than you have ever seen. This combination of vegetables is the Tuscan summer's strong suit and it makes its way into meals for months.

The Tuscan summer stew gurguglione is an excellent way to use all of this bounty in one go and then enjoy it in many simple, satisfying, and varying ways. It's a traditional recipe from the island of Elba (pictured below), the largest of Tuscany's seven-island archipelago, where the cuisine has been shaped over centuries by cucina povera (peasant cuisine) and the constant influence from passing fishermen, mariners, and even pirates from nearby mainland Tuscany, Liguria, and southern France. Highly regarded as a good strategic point for many, Elba was constantly under attack—no matter how many times its walls and fortresses were rebuilt. 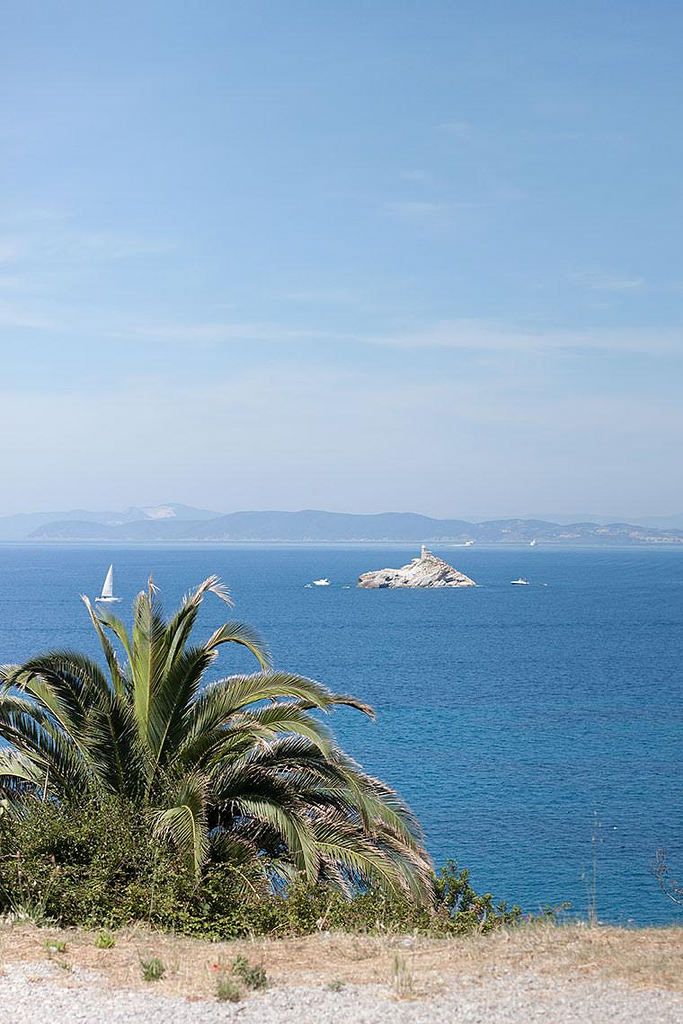 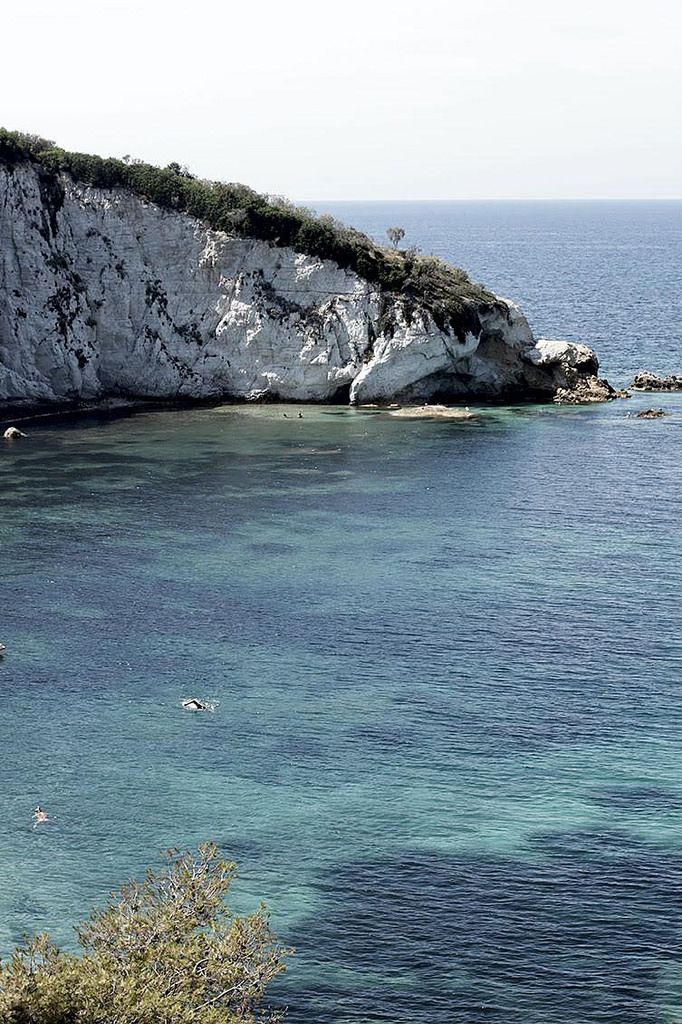 The fresh, local seafood common on this holiday island—sardines, mackerel, octopus, spider crabs, and bonito, for example—is used in the simplest of ways: boiled and grilled or as dressing for pasta, for example. But the Spanish pirates who once occupied some of Elba's coasts introduced dried fish—stockfish and baccalà (dried and salted cod)—and this vegetable stew, gurguglione.

The name itself was probably adopted from a language or dialect spoke by one of the many group of pirates who invaded the island at some point centuries past; it's such an unusual word, especially in Italian, that even my Tuscan mother-in-law has trouble pronouncing it. 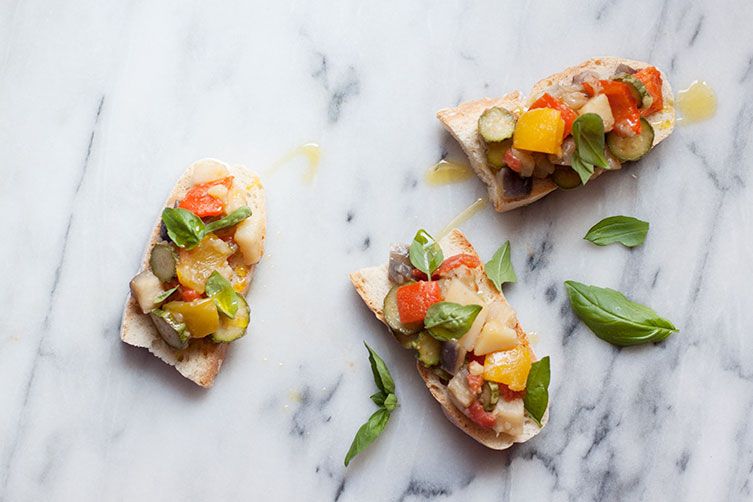 Similar to a French ratatouille, gurguglione is made by sautéing chunks of potato, pepper, eggplant, zucchini, onion, and ripe tomato together in a pan and perfuming it with torn basil. It's wonderfully versatile, as it can be eaten hot or cold and as a side dish to grilled fish or meat, as an antipasto, or as a topping to garlic-rubbed toasted crostini (like a more substantial version of tomato bruschetta). You can even turn it into a main course. My favorite way to have it is cold with a ball of fresh buffalo mozzarella and a drizzle of some extra-virgin olive oil. I recommend making a big batch of it the night before so you can eat the cold leftovers for lunch the next day.

The amounts given here in the recipe aren't strict. You want to aim to have more or less even proportions of each vegetable, but use what you have on hand. After all, the point of this stew is to make the most of summer produce. 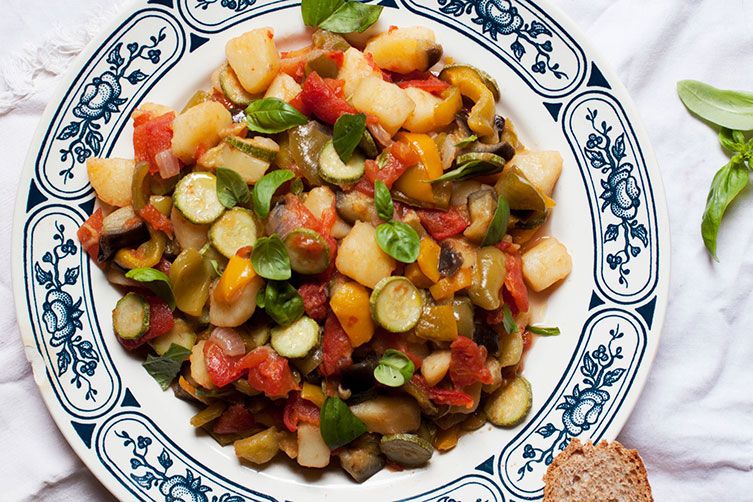