How to Make Green Tea Matcha Rolls at Home

Why You Should Eat Green Cake

Every week, we'll spare you a trip to the grocery store and show you how to make small batches of great foods at home. 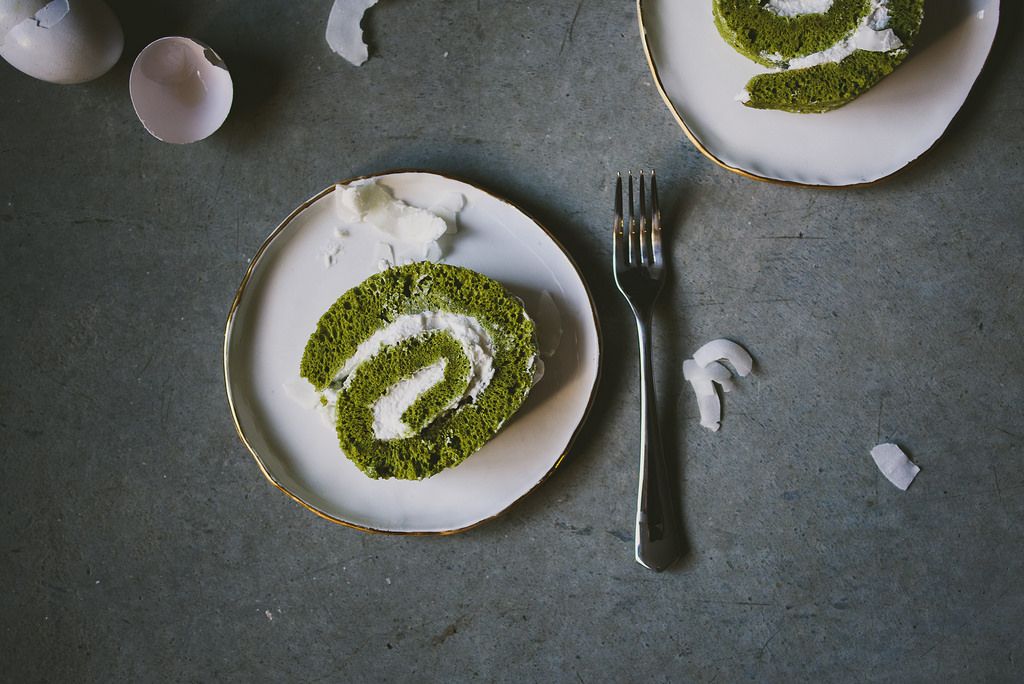 It all started in my high school Japanese language class. My teacher brought in a Japanese baking magazine filled with images of cute, colorful cakes and I immediately honed in on a cake roll. But as a non-experienced baker, I was flummoxed by the requirement for a scale and the unfamiliar ingredients. Eventually, with the help of my teacher, I came up with a workable recipe. It was good, but not what I’d expected. So I tabled it.

More: Matcha snickerdoodles are the green cookie of your dreams.

Over the next few years, I learned how to whip meringues and make cakes without a recipe, developing a natural instinct for baking. Finally, I understood where I'd gone wrong with the initial matcha cake and how the recipe needed to be changed. Years after my first attempt, I was finally able to come up with the light, fluffy cake I'd imagined. 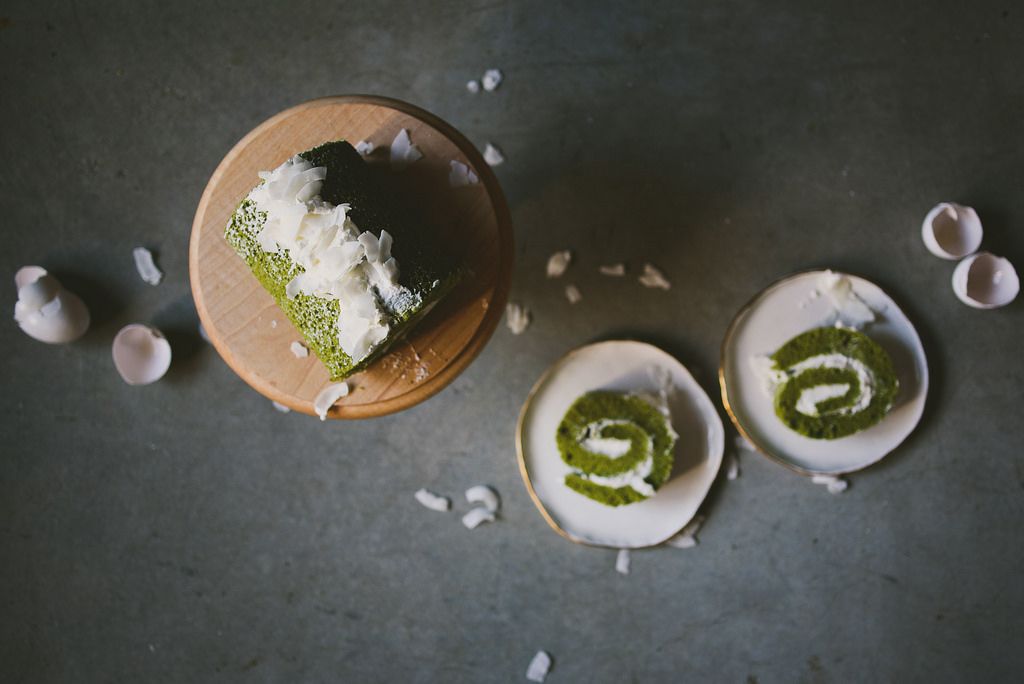 Thanks to whipped meringue that is gently incorporated into the batter, this light, fluffy cake is a hybrid between a sponge cake and the classic Swiss roll. It's also relatively versatile: You can switch out the matcha and add ground black sesame seeds to make a black sesame roll cake, but my preferred version of this cake uses culinary-grade matcha.

Matcha is Japanese green tea ground into a powder form. Because it includes the entire leaf, it's said to be extremely healthy. Once you hunt down a package—which you'll be able to find at any Asian market and at most grocery stores—you'll want to incorporate it into everything, starting with this cake, of course: 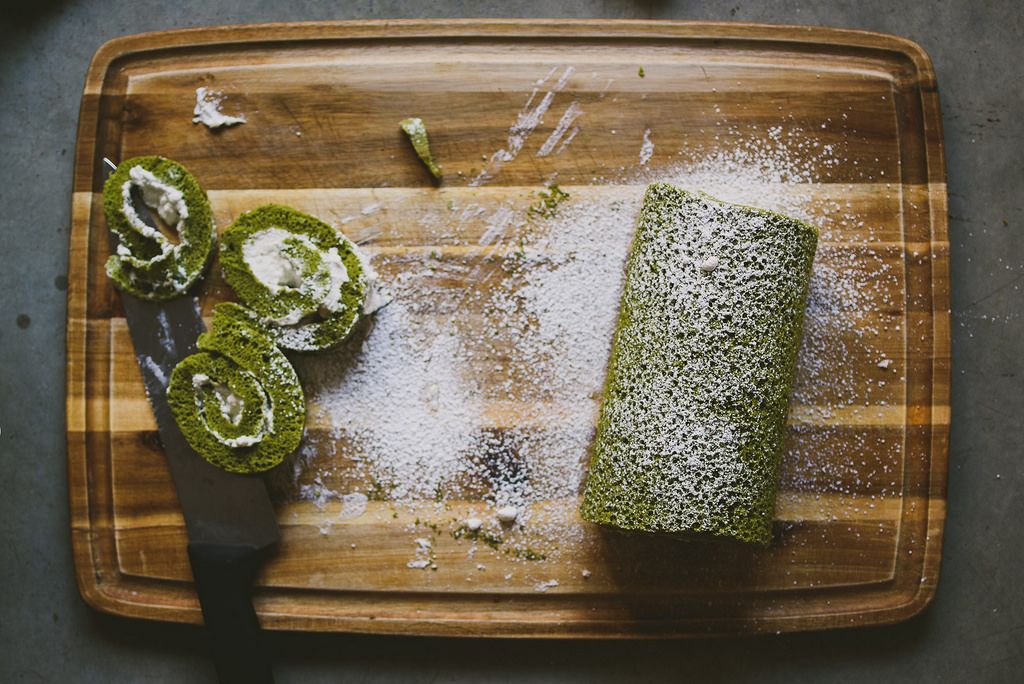 For the whipped cream filling: 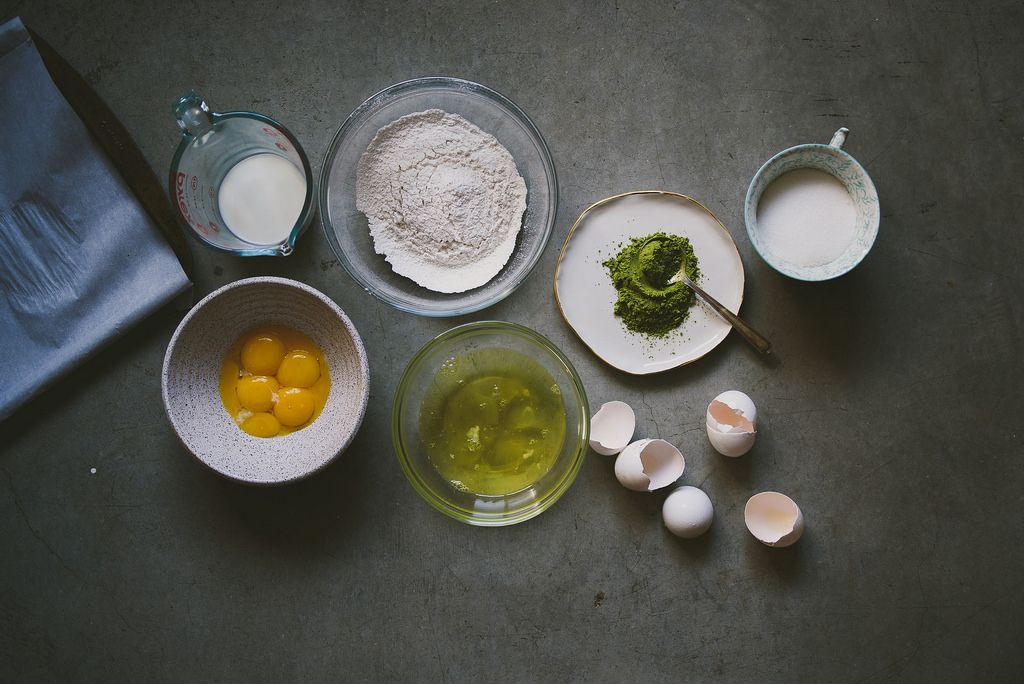 Line a jelly roll pan or deep baking dish with parchment paper and set aside a clean tea towel. Preheat oven to 400° F.

In a medium bowl, sift together the flour, baking powder, matcha, and salt. Set aside. 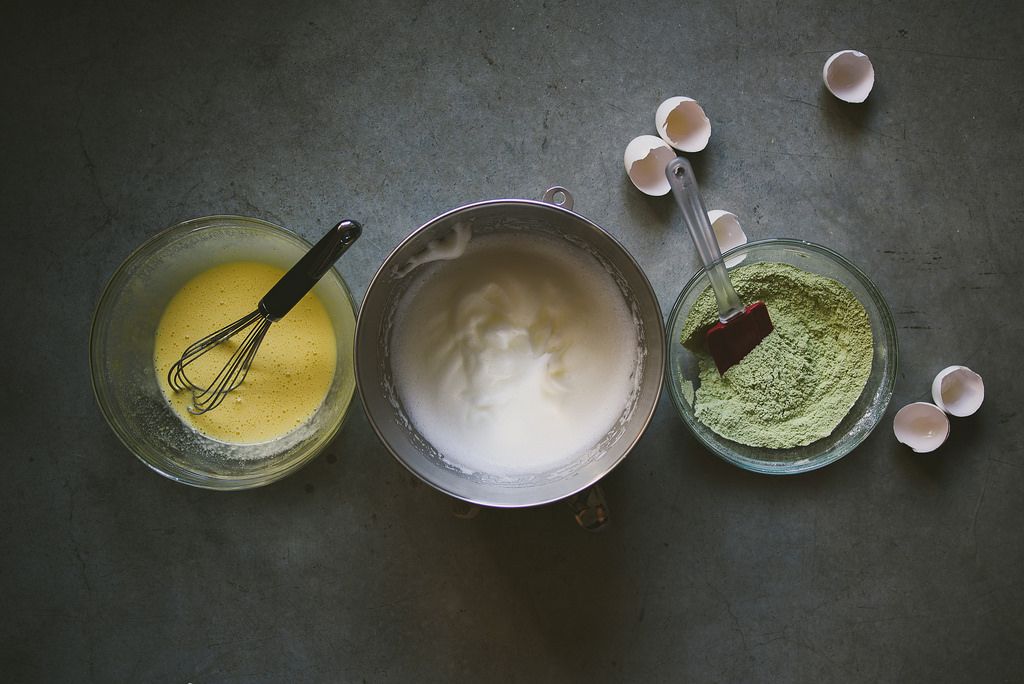 In a separate large bowl, whisk together the egg yolks, sugar, and milk until pale yellow and thick, about 2 minutes.

In a stand mixer, whisk the egg whites until stiff peaks form. 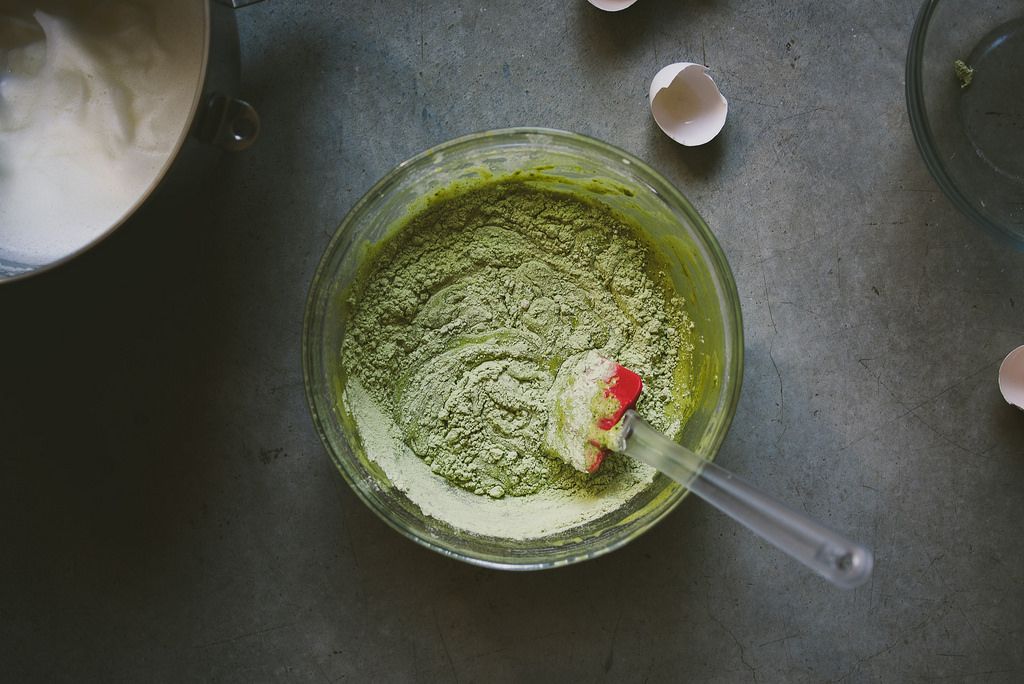 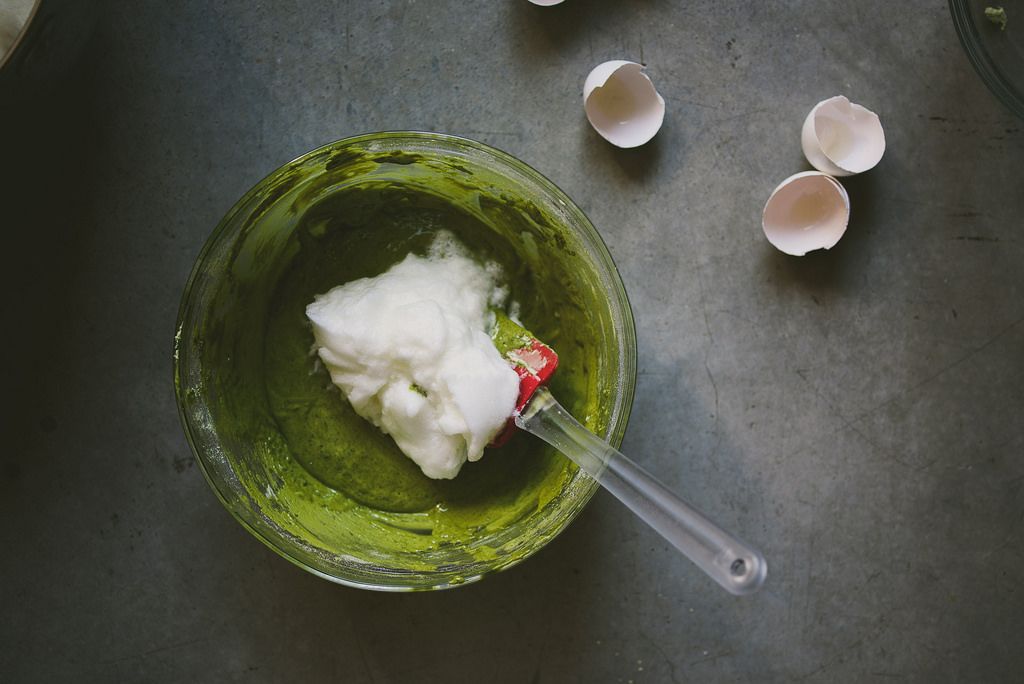 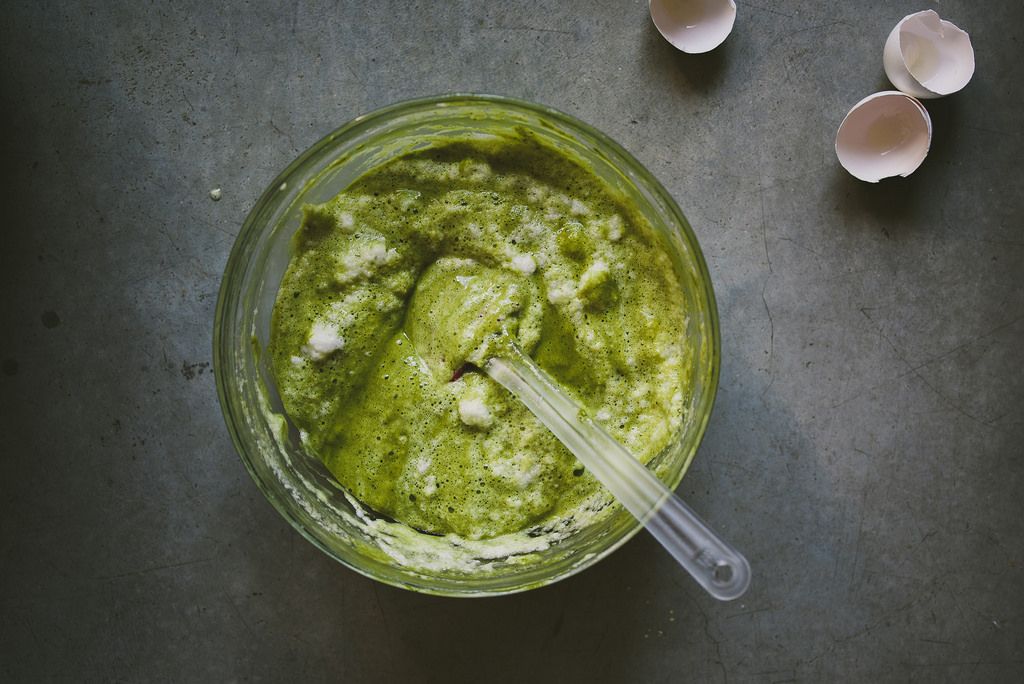 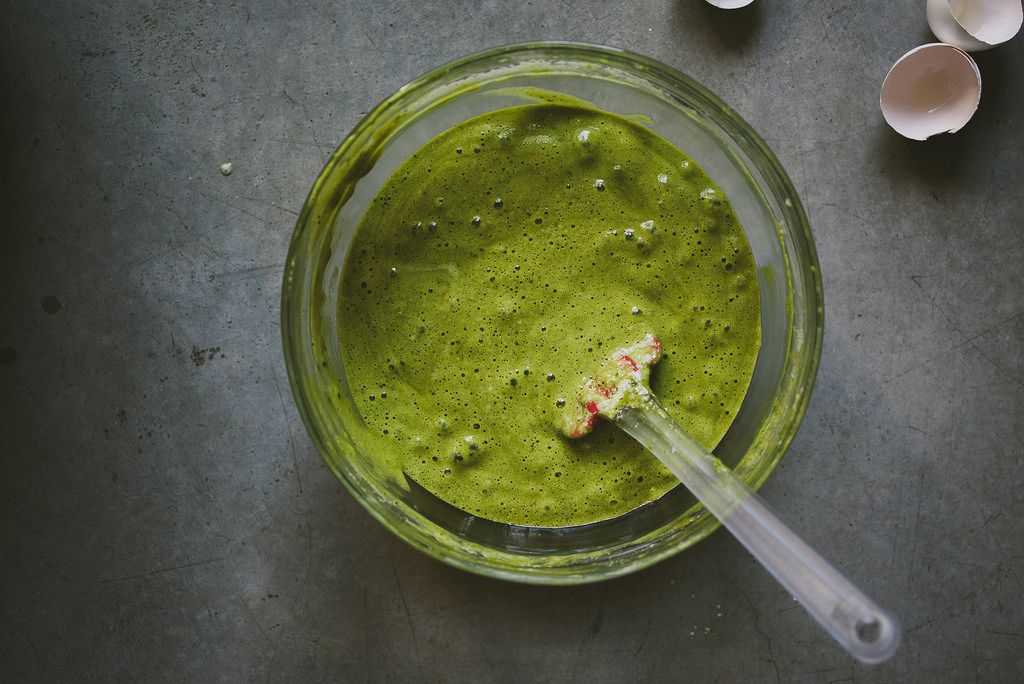 Add the flour mixture to the yolk mixture and fold until combined. Add in the egg whites in thirds, folding them in each time until just combined. The texture should be light but not fluid like water; it should also be thick but slightly fluffy. 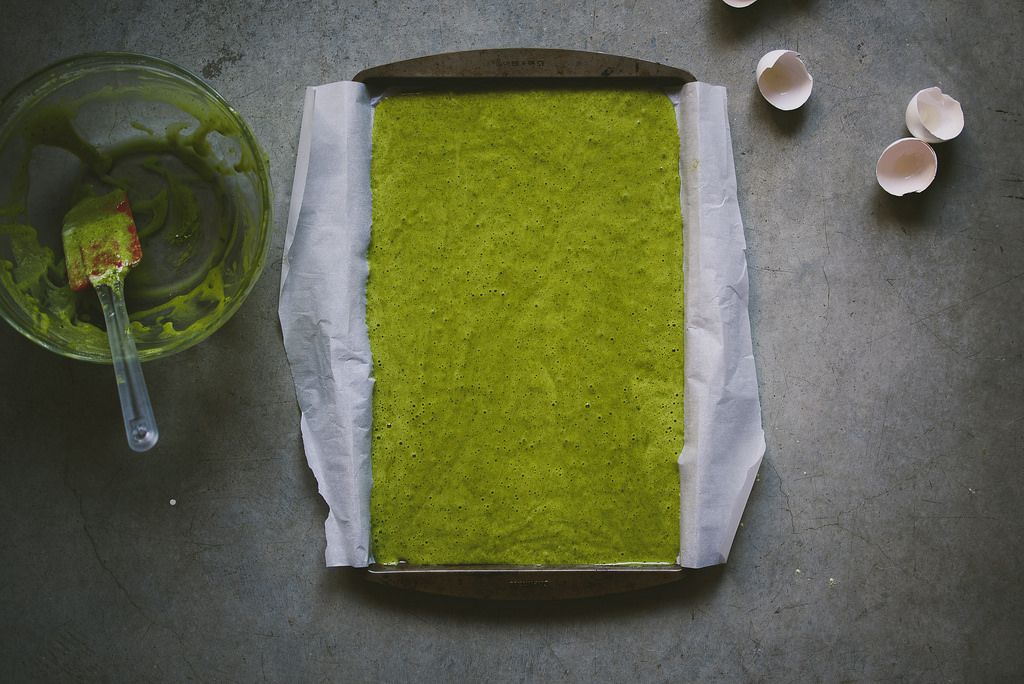 Pour the batter evenly into the prepared baking pan.

Bake for 7 to 8 minutes, or until a toothpick comes out clean. 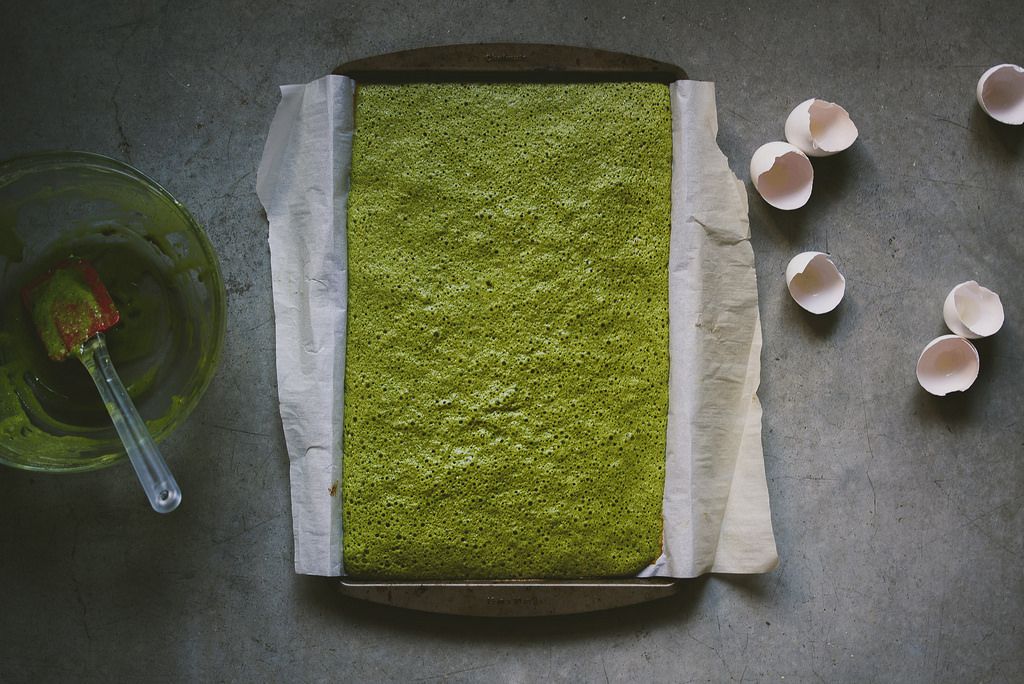 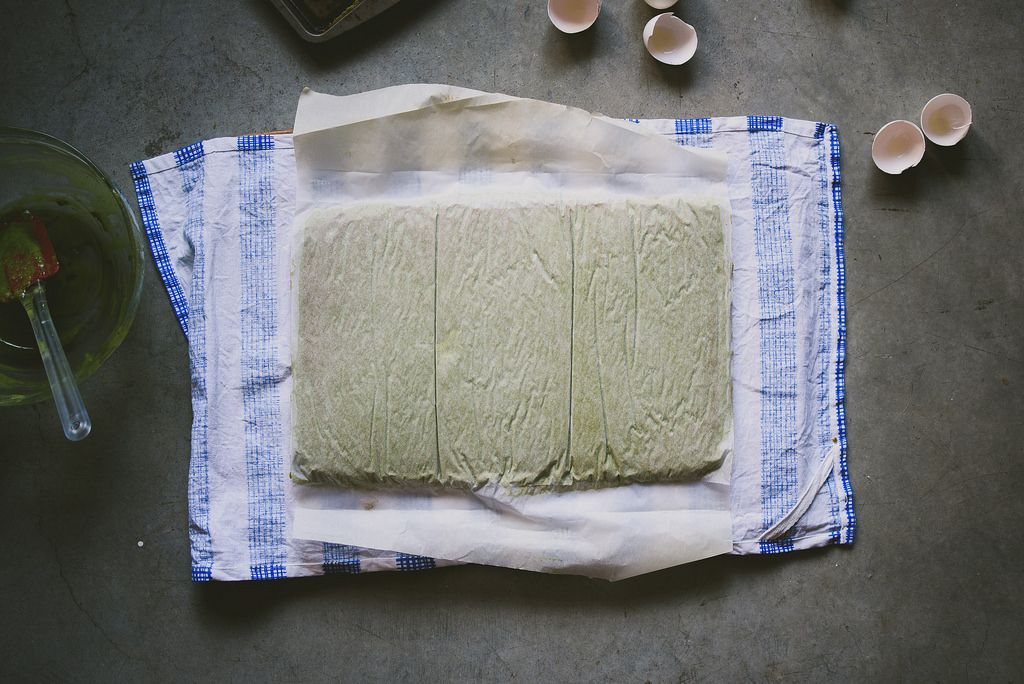 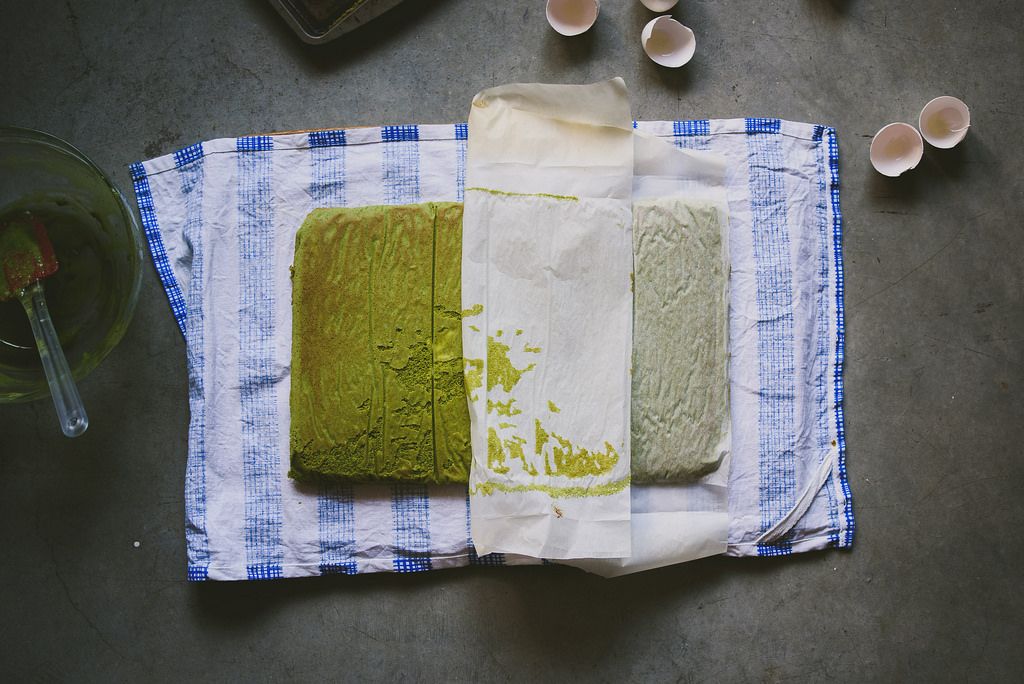 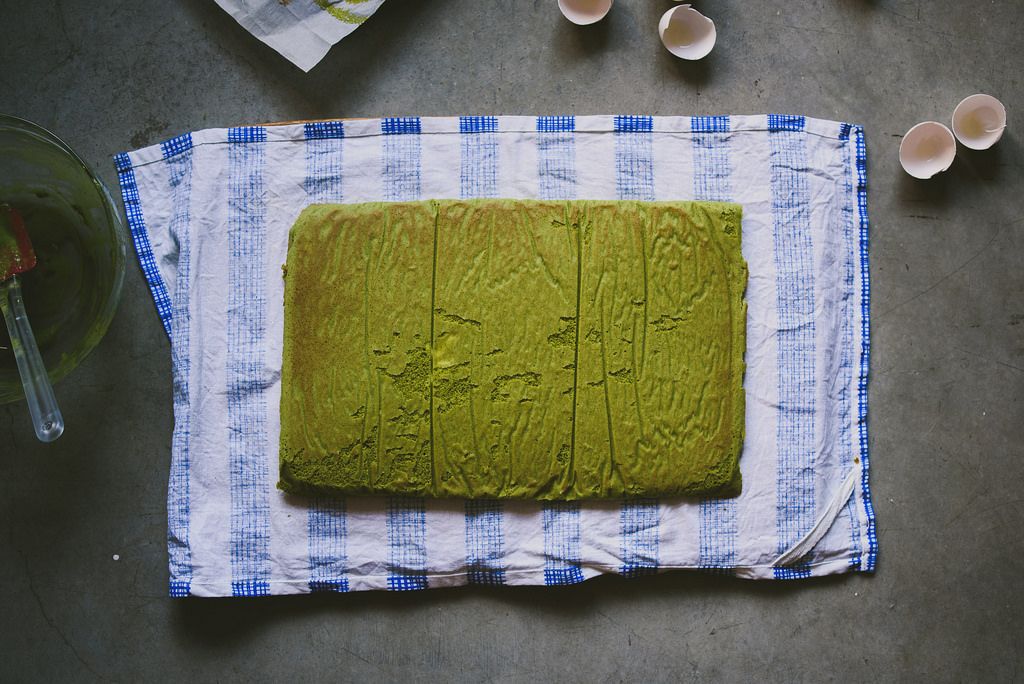 Remove the cake from the oven and run a knife around the edges of the pan to loosen it. Invert it onto your prepared tea towel and gently remove the parchment paper. Starting from the shorter edge, roll the cake into itself to create a loose log. This shapes the cake without causing any cracks. Allow it to cool completely to room temperature while it's rolled up.

More: Unsure about cake rolling? Here's everything you need to know. 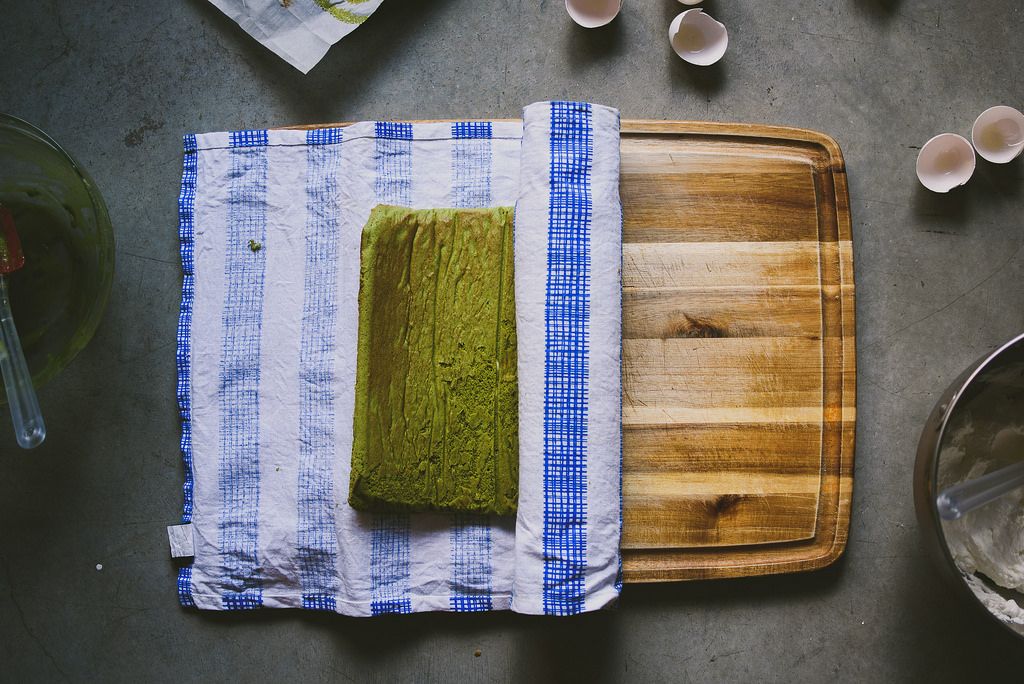 Meanwhile, make the whipped cream filling. In a chilled bowl, whip cream and sugar until stiff peaks form. Cover and chill in the refrigerator. 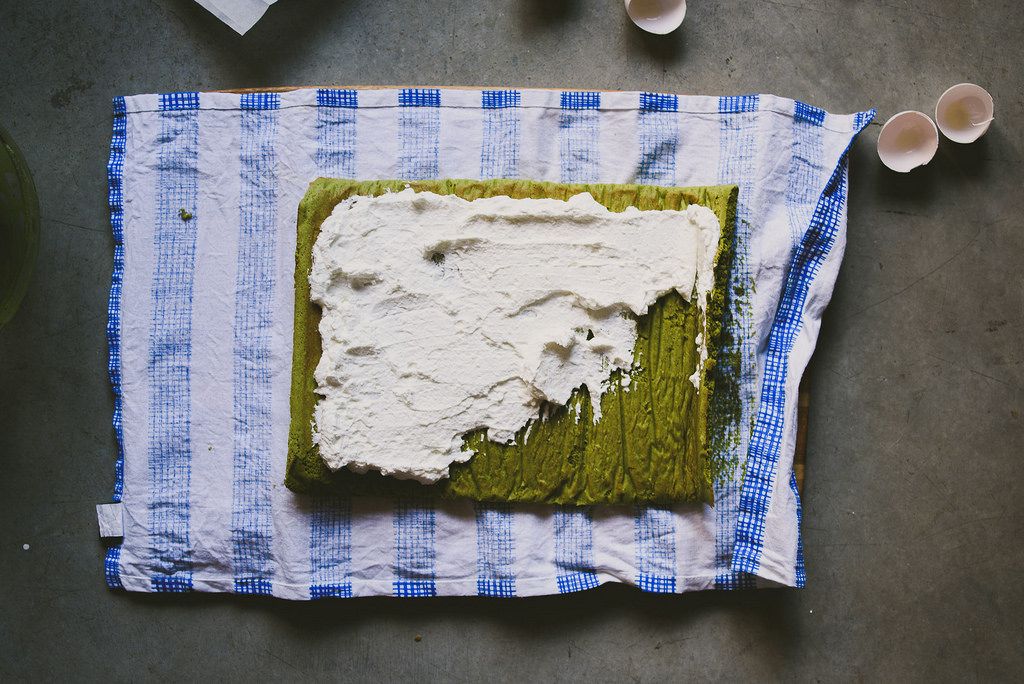 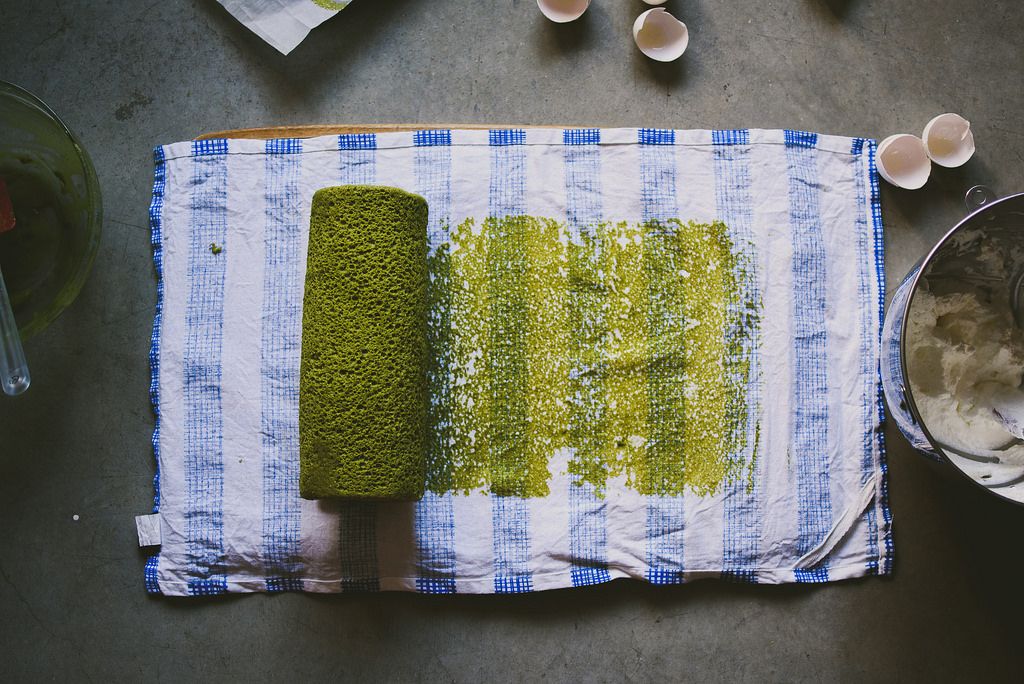 When the cake roll is at room temperature, gently unroll it and evenly spread the whipped cream across its surface. Re-roll it and sprinkle confectioners sugar over the top. (I sometimes spread a layer of cream on the top with some sprinkled coconut flakes across the surface, but that is entirely optional!) 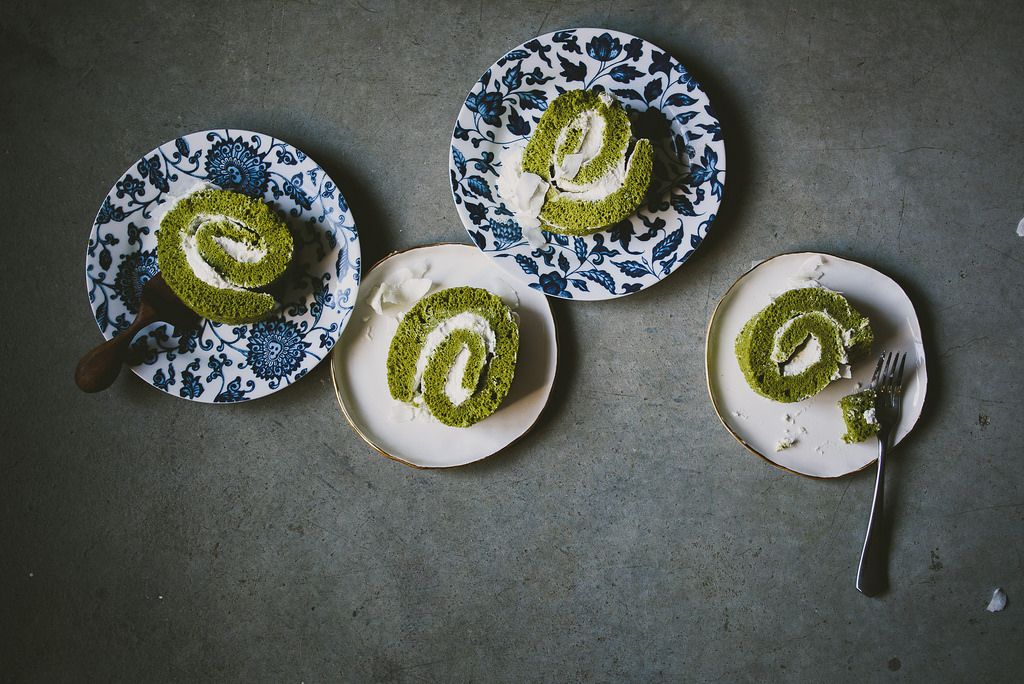 Sarah @. July 16, 2015
Holy moly - this is basically my dream cake. I so wish I could have a slice of this right now. I love that you've been toying with this recipe for so long too! (Also - why didn't I take Japanese in high school? With a teacher who brought in pretty magazines of cakes! Jealous).