Winner of Your Best Recipe with Melon

A big congratulations to Chase the Flavors, whose Hello Summer Cocktail was voted Your Best Recipe with Melon. 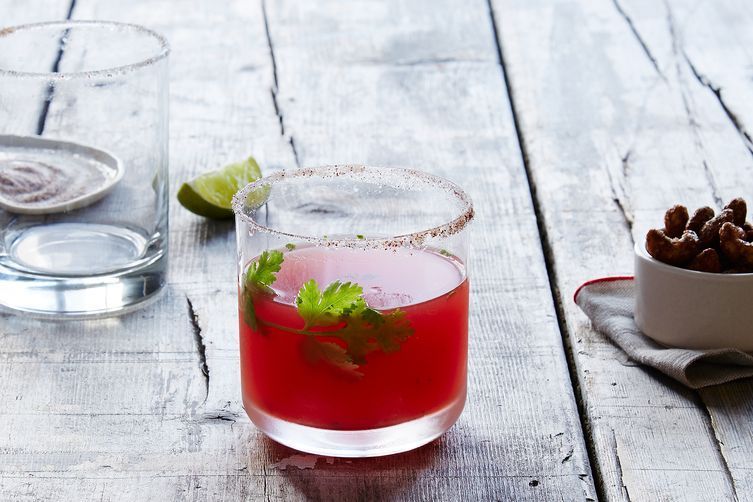 I started thinking differently about food and cooking through coffee. Namely, it was when I was working as a barista—and especially when I began judging barista competitions with the Specialty Coffee Association of America—that I fell in love with taking an ingredient on it's own terms and exploring flavor with the seasons. Coffee is a beautiful example of how one ingredient takes on countless delicious forms based on varietal and region, shifts in taste with a preparation technique, or alters with the addition of paired ingredients. Every ingredient is like that and it's thrilling (I just dream about coffee the most). It always brings me back to Alice Waters's words, "Let things taste of what they are," which are a guiding force for me in the kitchen along with the current season's flavors.

I used to dislike pitting cherries, until I learned how to hack a cherry pitter.

Our kitchen is petite—as in about a foot and a half of workable countertop space—so it's important to keep it as clean and free of clutter as possible. A high-priority kitchen task is mopping the floors; it happens to be my least favorite. It's not really the mopping part that I dislike, but waiting for the floors to dry. The kitchen is the centerpiece of our home. It feels paralyzing to have to keep out, even if it's just for half an hour. 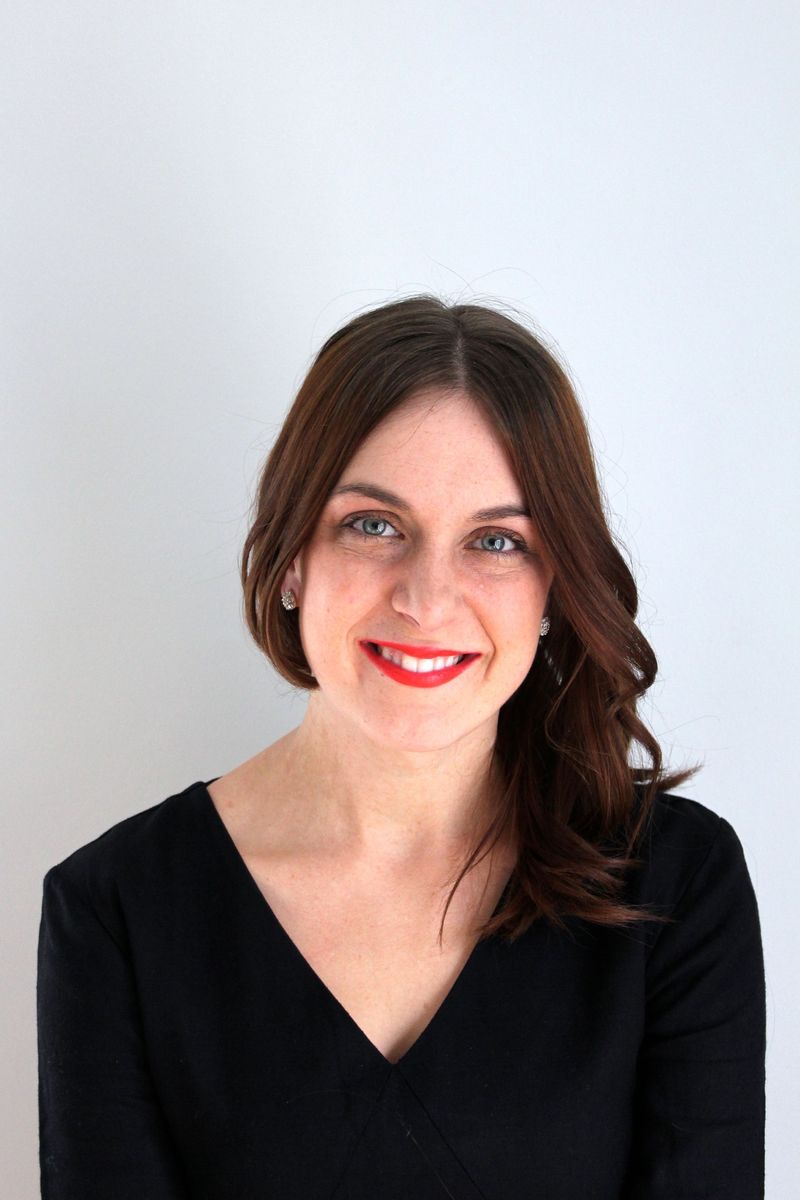 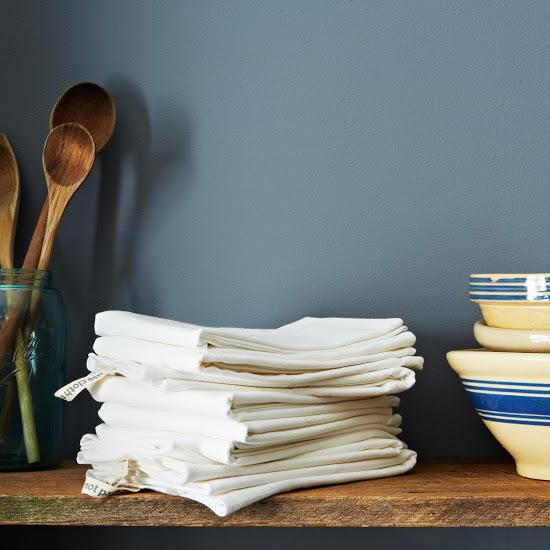 I'd be lost without a food processor and a digital kitchen scale and timer, but my favorite kitchen tool is a stack of linen towels. I grew up around the kitchen mantra "clean as you go." Those minutes between prepping dishes are for cleaning and resetting the workspace unless of course there are friends and family around—then the cleaning part can wait. I feel like practically always there is a towel in my hand. I keep two stacks: bleachable white linen towels that can take on the messes and the beautiful decorative ones that brighten up the space.

Fried chicken and mashed potatoes, especially my mom's, which are both without a recipe every time. I've grown to love recipe-less cooking. I remember calling her a few years ago to ask about a recipe for the chicken and dumplings we grew up eating. A recipe? No, just boil the chicken with whatever vegetables are around, shred the meat, take out some broth, combine the broth with an egg and keep adding flour to the dough until you know it's right. You'll know. She was right. I've watched or helped her cook certain dishes enough times that the recipes are instinctual.

More: Try cooking without a recipe! Spread your wings! 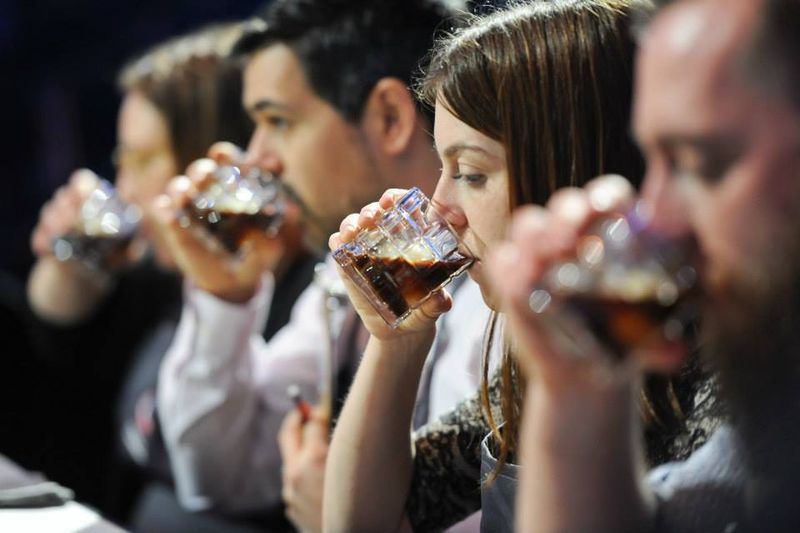 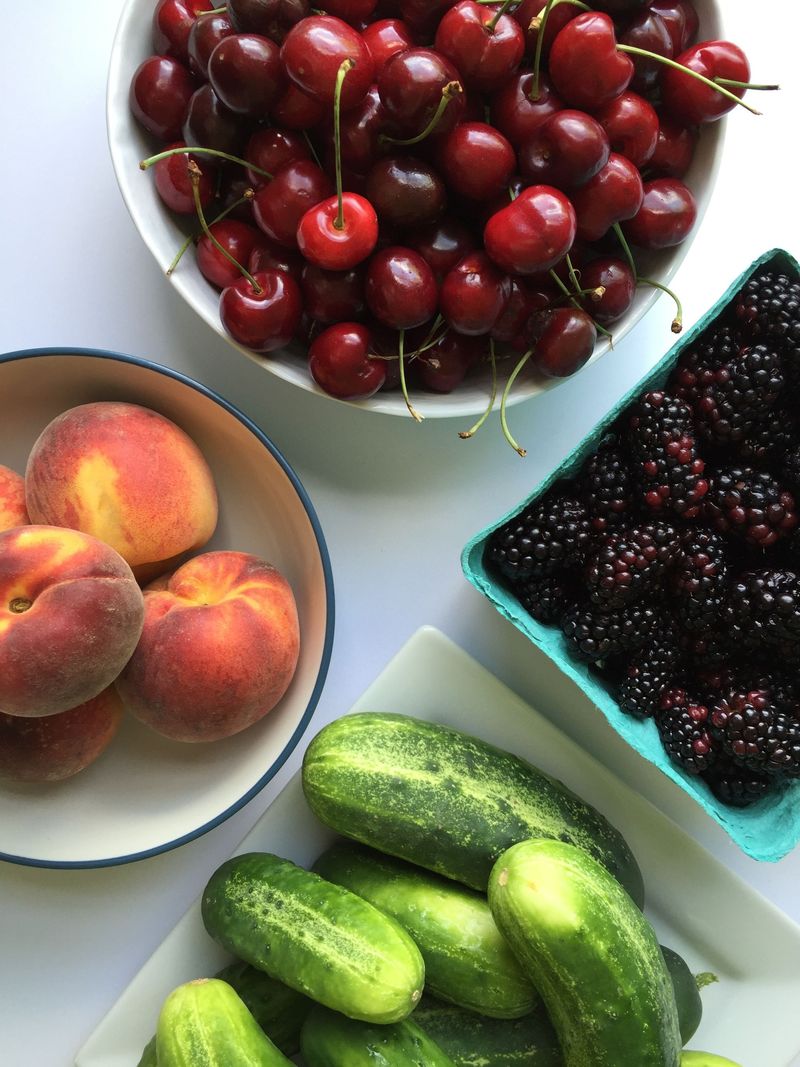 Left, Chase the Flavors at the 2015 US Coffee Championship; right, a recent market haul.

It's always amusing to make a dish that taste greats and looks terrible. I made a coffee granita earlier in the summer using broiled grapefruits and cold brew coffee. The flavors were wonderful, but the color was far from appetizing, a strange brownish-orange hue that no one craves when thinking of a frozen dessert. It was supposed to be a dessert for friends, so I made a quick batch of cookies instead that got sandwiched around ice cream. That's usually how it goes for me: When something new and interesting flops, I cleanse myself with a tried-and-true favorite recipe before getting back to the drawing board.

Photo of cocktail by Bobbi Lin; photo of towels by James Ransom; coffee cupping photo by Regis Chen for the Specialty Coffee Association of America; all others courtesy of Chase the Flavors

ChefJune August 12, 2015
oh dear! I typed "Big Congratulations," and look what came up. I wish we had a edit button here.

ChefJune August 12, 2015
Big coou, ChaseTheFlavors on your win! As a "old-time" Food52er, I'm always delighted to see a newcomer to the family win a contest. Hope you'll be around a long time. :D

Chase T. August 12, 2015
Thank you for such a warm welcome, ChefJune! What a wonderful community of readers and contributors this is -- certainly does feel like family. :)