A Pistachio Cookie Recipe From Italy's Most Famous Pistachio Farms 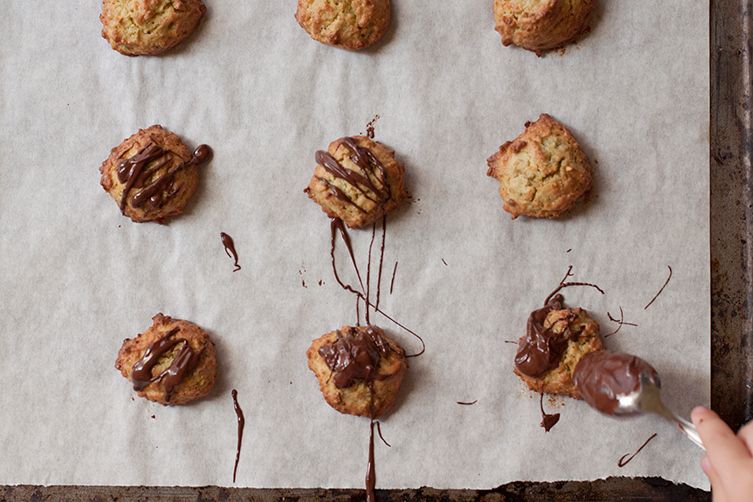 The Sicilian town of Bronte, which sits on the western side of Mount Etna, is home to Italy's most famous pistachios. And these little cookies—a speciality of the town—require only a few ingredients (but that means high-quality ones).

Bronte's pistachios, characterized by their vivid green color, are grown on the volcanic soil around Etna by over a thousand different producers who have just 1 hectare (2.4 acres) of land each. The nuts are usually processed by the producers themselves before hitting the shelves of stores.

Protected by the Slow Food Presidium and a DOP label (a protected designation of origin that means the product is made exclusively in a particular territory), the pistachios are found in a variety of forms: as "flour" or meal for baking; as paste for pastries; whole for snacking; as pesto for pasta; as gelato; and, of course, as cookies.

Every year in September, pistachios are celebrated throughout the town of Bronte with a sagra, a lively food festival that draws crowds from far and wide to sample the pistachio delicacies found at food stalls during the weekend celebrations. 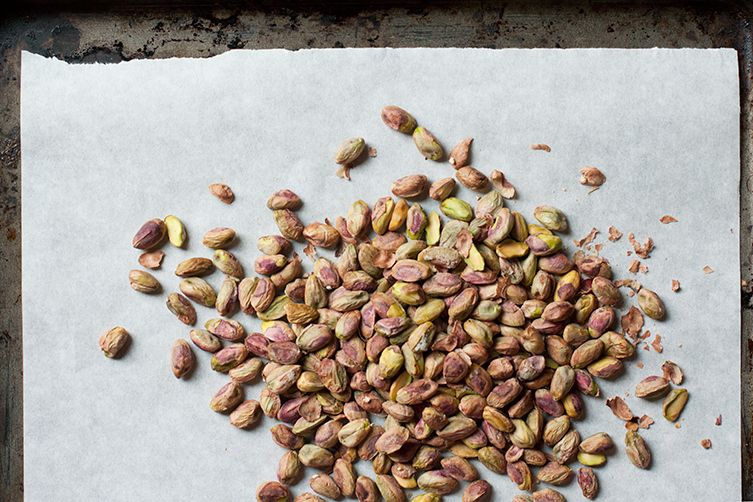 You may not be able to get pistachios from Bronte to make these cookies, but some great-tasting raw pistachios will go a long way. It's a really simple and quick recipe that you can whip up and bake in under 20 minutes—but be sure you have a food processor and, ideally, raw pistachios that are already shelled (and possibly peeled).

The first time I made these cookies, I had only pistachios in their shells and was working in my mother in law's kitchen, without a food processor, so I had to chop the nuts by hand. A couple hours later, after having removed all the shells, I was trying to peel the skins off the blanched nuts and wondering how finely I could chop them by hand. It was then that I understood why pistachio meal is so expensive.

I should have bought unshelled pistachios. And I shouldn't have bothered trying to peel the skin off (the result is a just slightly more vivid color, but it won't affect the flavor). I also should have checked that a working food processor was handy. To paraphrase Laurie Colwin: You don't make the same mistake twice in the kitchen. 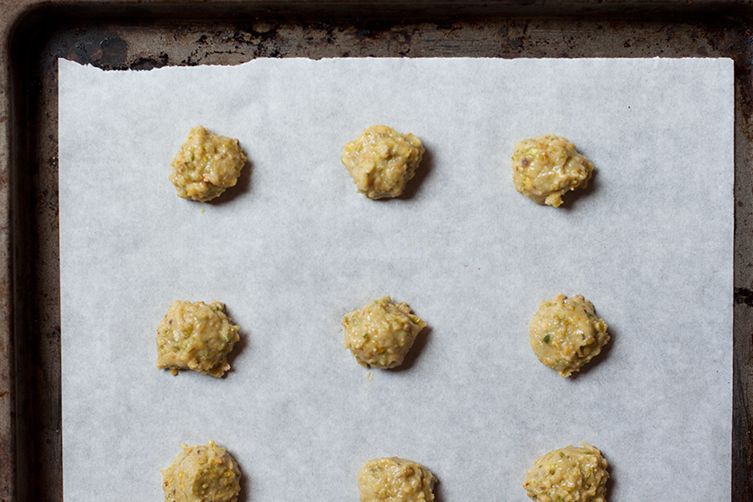 Sometimes these cookies are rolled in powdered sugar as they are being formed into little balls, which forms pretty little cracks in the cookies as they bake. Sometimes they are be decorated with a little glaze of melted dark chocolate (this one is just perfect)—which, by the way, toddlers love to help with. And sometimes, a little cinnamon or cardamom is added to the mixture for a bit of extra spice.

Always, you can enjoy them with a glass of some sticky and sweet wine after dinner, or with tea and coffee at any time of the day. 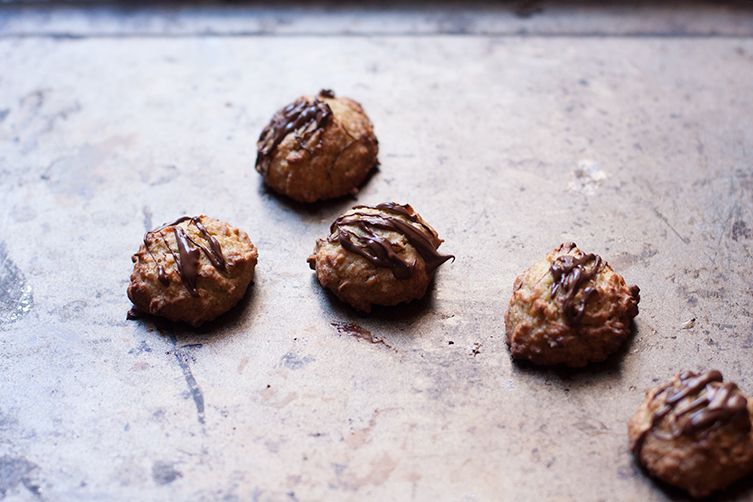