When Your Clams Need a Cornmeal Bath

Confident seafood cooks in Maine have a lot to say about clams and cornmeal. 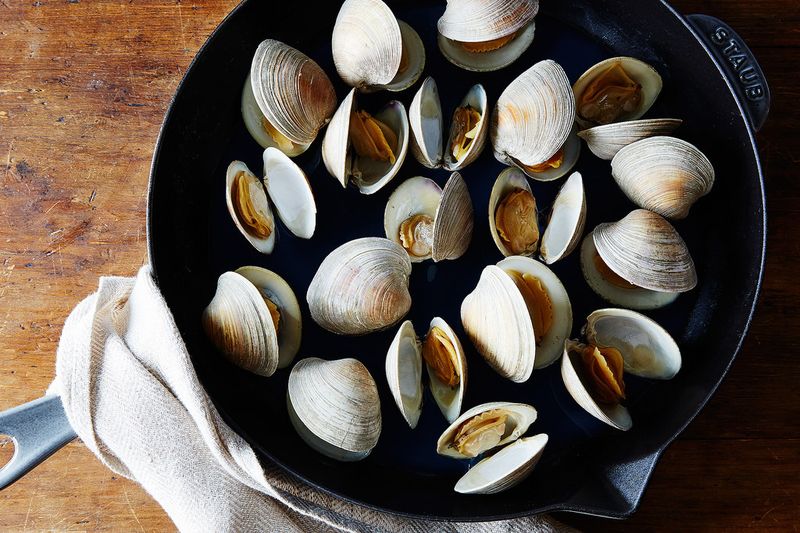 Clams live buried in sand and mud, so there’s bound to be a bit of grit in their bellies and shells once they are raked out of their native environment. As filter feeders, they also need time to sit in salted water to purge the grit from their systems before they get dropped in the pot. There is a long-time practice that many but not all clam cooks follow of sprinkling a bit of cornmeal into the mix to move that process along.

Whether or not cornmeal needs to be part of the purging process is a matter of debate. 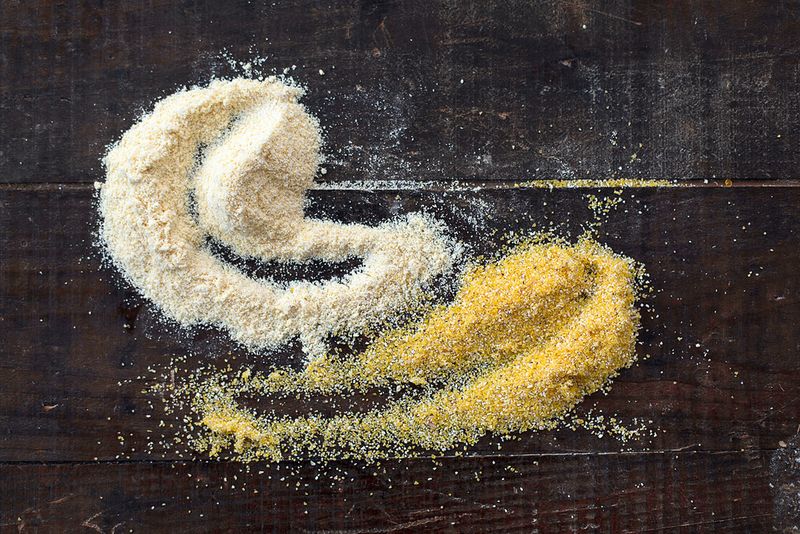 Mollie Sanders, my blogging buddy, who comes from hearty New England fish mongering stock, says a good soak in seawater does the trick just fine. Chef turned sustainable seafood advocate Barton Seaver says most farmed clams coming into American kitchens have already been purged, so there is no need to do it again. And Jeff, whom I only know on a name badge basis because he routinely helps me navigate the case at Harbor Fish Market in Portland, Maine, reasons that if you’re going to eat a pound of dirt before you die, picking up a few grains of sand in the bellies of wild clams is not a bad way for an eater to hit that milestone.

Dana Morse, a scientist with the Maine Sea Grant and the University of Maine Cooperative Extension who studies shellfish in the wild and as part of a growing commercial aquaculture crop, divides the clam/cornmeal debate into two parts: texture and taste.

Clams purge grit thoroughly on their own, provided they are given enough time to do so. This purging has indeed already happened for most clams sold to the public and really only need a good scrubbing on the outside. But if you’re lucky enough to get your hands on wild ones, you will need to purge them yourself. 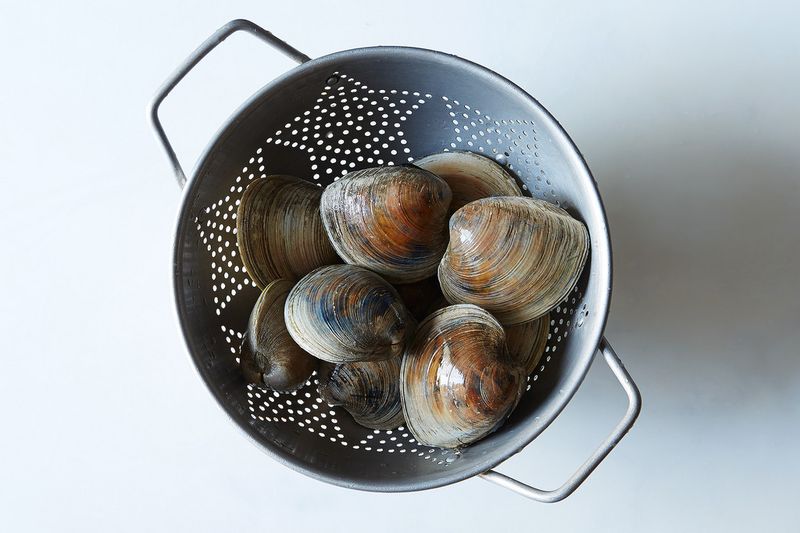 If you soak wild clams in a small bowl of water for an hour and expect them to be grit free, you’ll be sorely disappointed, says Morse. You need lots of water—about 1 gallon of water and 1/3 cup of kosher salt per 1 dozen clams—that should be changed several times over 48 hours in order for them to be squeaky clean. Dan Deveraux, a Marine Resource Officer in Brunswick, where I live, helps develop, manage, and enforce policy and regulation of nearshore shellfisheries in Maine. He warns that home cooks need to make sure any purging happens in water that is continuously colder than 50 degrees for food safety issues.

In terms of taste, Morse explains that a clam’s stomach is going to contain the feed (phytoplankton, principally) that the clam is processing—and that adds to the pure taste of the sea that some people really like.

Adding cornmeal—about two tablespoons per dozen clams—alters the taste and texture, for the better, argues Deveraux. He was quick to point out, though, that is his personal opinion, backed up with years and years of taste testing. 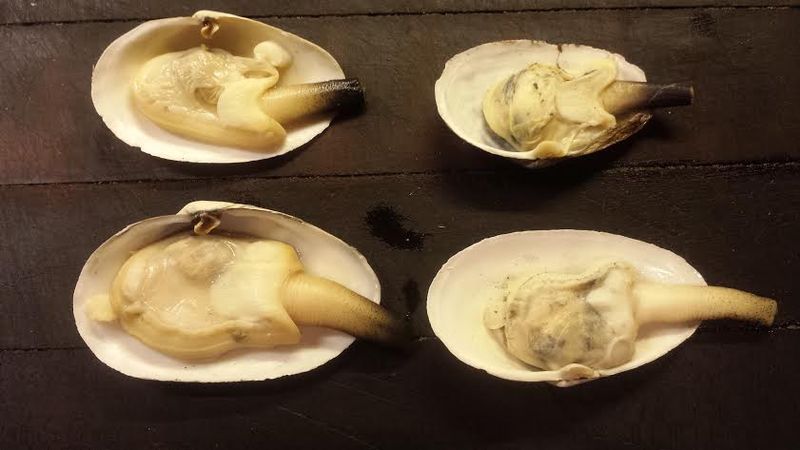 Left: Clams soaked with cornmeal. Right: Clams not soaked in cornmeal. You can see the sand in the both the shell and the bellies.

After 24 hours and 4 water changes, I steamed them in separate pots. The first batch (sans cornmeal purge) had significantly more sand in their bellies and shells and the pot in which they were cooked than the second (with cornmeal purge) batch, but they still tasted of the sea.  The clams in the second batch were lighter in color, plumper, and notably sweeter than the sea.

For my pallet, cornmeal was a welcome addition. But I welcome your disagreement and suggest you let me know what you think.

Photo of clams in a pan by James Ransom, cornmeal by QueenSashy, clams in a colander by Mark Weinberg, and wild clams by cheese1227

caryl O. August 30, 2021
this is clearly late to the discussion but my grandmother always added oatmeal to clean them (and sweeten) not cornmeal. This would be in northern New Brunswick, Canada

Suzanne February 4, 2018
Is there a faster way to clean clams than these 2 methods? On timed cooking competitions they’ll have clams and there’s never enough time to clean and cook them. Are their any short cuts or are the contestants sabotaged from the get go?

amysarah September 29, 2015
I've used the cornmeal purging method (with varying results) for many clam dishes, but I can't really see the point of more than a good scrub for steamers. The time-tested steamer-eating processwn: dip/wiggle each clam around in a cup of clam broth (from the pot) to dislodge sand, then dip in melted butter before popping it in your mouth. Also part of the messy, ritualistic fun...so, at least with steamers, adding de-sanding steps seems unnecessary to me.

healthierkitchen September 29, 2015
Excellent advice Christine! Those steamers on the left look fabulous - wish I could get my hands on some!

healthierkitchen September 29, 2015
would love to! Maybe next spring/summer will get up there!

LittleKi September 29, 2015
Looks lovely, but what does the cornmeal actually do in this process?

cheese1227 September 29, 2015
It fills the belly with cornmeal and not grit. So it's a matter of preference, really.