Meet the Subtler Side of Cilantro 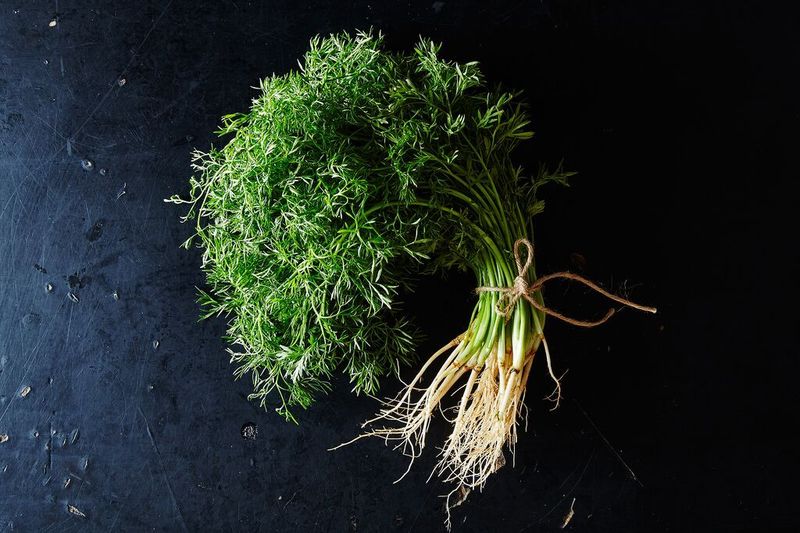 Delfino cilantro doesn’t look like cilantro. Pick up a bunch of these delicate leafy fronds and for a moment you might start to wonder if your market has begun selling bundles of carrot tops. But one giveaway to its identity is the fact that, at least at farmers markets, delfino cilantro is often sold with its roots still attached (3, far below), just like regular cilantro.

Here are six things to know about this variety of cilantro:

1) If you find regular cilantro soapy, delfino cilantro might be the cilantro for you.
Delfino cilantro has a more delicate flavor, but you don't just have to take our word for it—Chef Dan Barber likes it, too. He says: "I love Delfino because it's sweeter, more subtle, like the difference between sea salt and table salt—less salty—so Delfino is less cilantro-y, if that makes any sense.”

2) It won’t give your dishes as much of a cilantro-y punch.
This might not seem like a selling point for a cilantro-lover, but it might be enough that your cilantro-hating friends will give it a try. Think of it as a first step in converting people over to Team Cilantro (because it is possible). 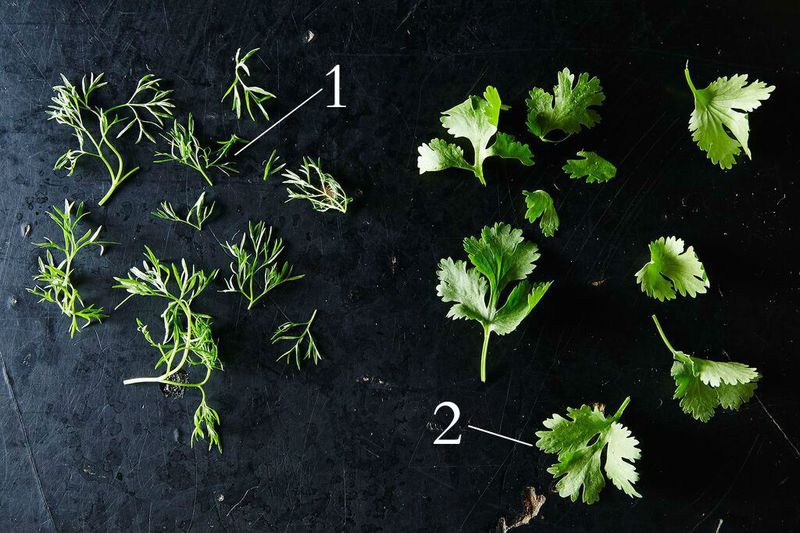 
3) It might be hard to get your hands on.
If you’re in New York City, look for it at Paffenroth Gardens at the Union Square Greenmarket—it’s probably your best bet for finding it. Elsewhere, try a well-stocked farmers market or grocery store. If you can’t find it, start requesting it from your favorite farmers.

4) It’s a gardener’s dream.
If you can’t buy delfino cilantro, you can always try growing it yourself. And don't worry if you don’t have a lot of space—it’s happy in containers and small gardens. Those of you who have grown cilantro know that it seems to bolt in the blink of an eye, but not so with delfino cilantro; this variety is slow-bolting! Don’t despair when it eventually bolts, though—as with regular cilantro, the flowers and seeds are edible. 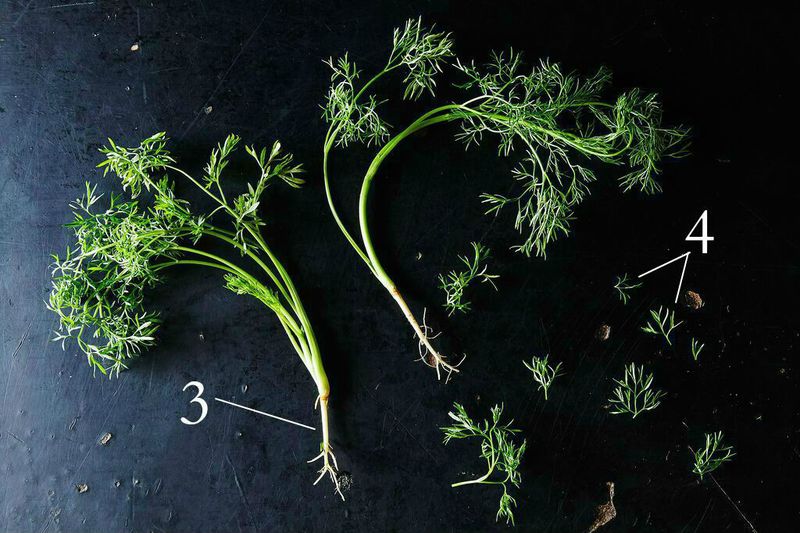 5) You don’t have to chop it.
You can chop, of course, if you plan on using a large amount, but delfino cilantro’s needle-thin fronds (1, far above) are soft to the touch, much like dill or fennel, so it’s easy to pull off small pieces (4, above) to scatter as a garnish. Regular cilantro has bigger, broader leaves (2, far above)—it's more efficient to pull out a knife to turn them into garnish-sized bits.

6) You can use it anywhere you’d use regular cilantro.
Not sure where to start? Here are 15 ideas to get you going.

Tell us: How would you use delfino cilantro?

Adriana K. September 25, 2015
Thanks for this, i had no idea. I grew up eat loads of cilantro, my mother is from Costa Rica and I can't say I ever really loved the taste but it was always in everything. one day I walked into my fav Thai resturaunt and the grandmother who much have been a 100 was sitting at a table with a massive pile of cilantro and was picking off the leaves, stems in one pile leaves in a another. When I asked her what/why she was doing she said the "soap" comes from the stem so they take it out, clearly it's not genius but I'd never Thoth about it and from then on I only ate the leaves and I love it..so that's a tip too. I'm in Germany so I'll try and find some of this stuf, love to try it!