Naming vegan dishes—particularly those that channel the qualities of a decidedly non-vegan dish—is always a little tricky.

On the one hand, using a conventional name, even if the vegan version takes a lot of liberties, can be a useful way of telling people what to expect. No, banana “ice cream” won’t taste much like traditional ice cream. But it’s going to be cold and sweet and creamy, and isn’t that sort of the point? 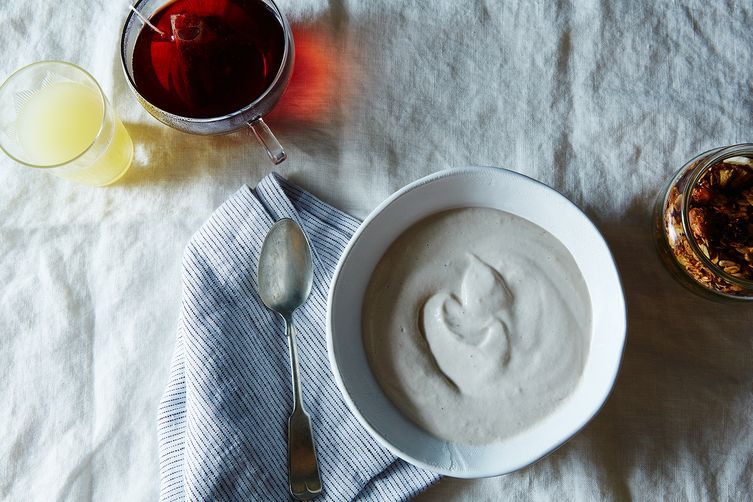 On the other hand, using the name of a time-honored dish can feel a bit irreverent, especially if the vegan version of the thing really does take a lot of liberties. “Lentil Bolognese” may provide some useful taste and serving cues, but given how flagrantly mine flaunts the traditional cooking methods, perhaps “lentil sauce” or “pasta sauce with lentils” is a wiser choice.

It’s tough to say. I’ll let you decide whether this creamy concoction deserves the name I’ve given it, which is “Banana Cashew Yogurt.”

Here’s the backstory: Yogurt was, for a long time, one of the few non-vegan foods I missed when I went vegan. I created this blend as a breakfast dish that would evoke the creaminess and sweetness of yogurt, if not quite the rich texture or tartness (though I do add a little lime juice). With only five ingredients, it’s easy to make and serve. 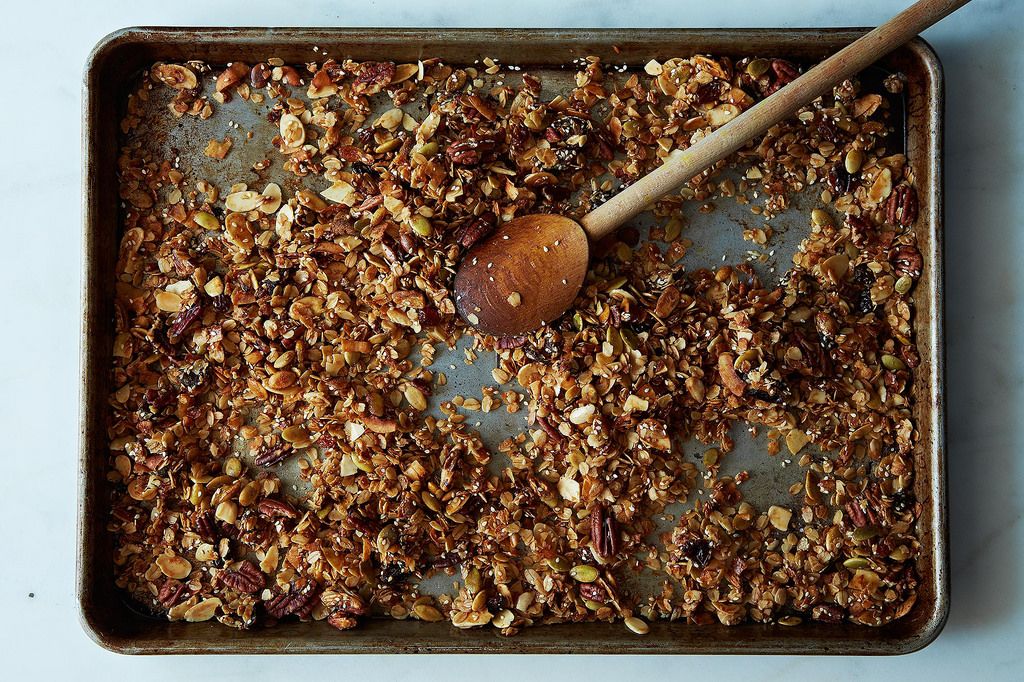 It’s certainly not “yogurt” in the traditional sense, and if you’re a yogurt lover, this recipe may not be for you. If you’re newly dairy-free and on the hunt for a tasty base for granola or muesli—or if you have an adventurous spirit and you’d like to try something new—then give it a shot.

As with many vegan renditions of non-vegan foods, the proper name for this blend is anyone’s guess. Blended banana cashew breakfast? Super-thick banana cashew smoothie? Who knows.

What I do know is that I love the sweet flavor, especially paired with some toasted granola and chia seeds, and I hope you will, too. 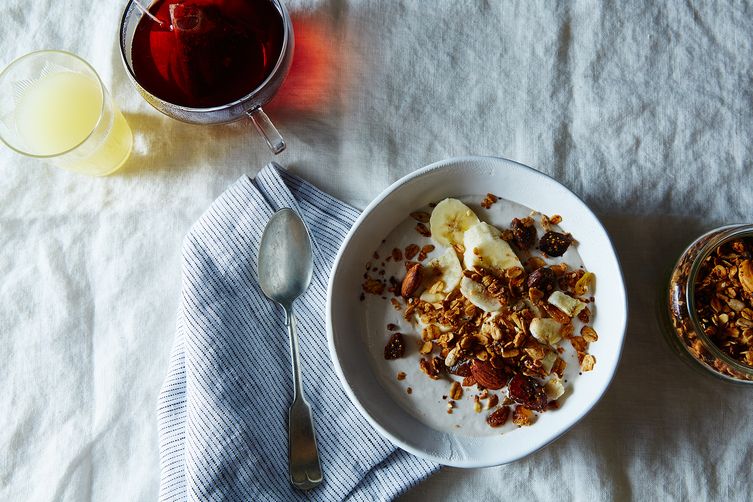 JCCraves October 19, 2015
Most recipes I've seen that use a cashew cream specify they must be raw cashews (many unfamiliar with this technique may also go for more common roasted which I'm pretty sure don't work.)

I was disappointed with this recipe thinking it was an actual tutorial/recipe on making dairy-free yogurt. There are places to get a yogurt starter that is dairy free and from which you can create a soy milk yogurt. I've not tried it myself though. I've come to enjoy soy yogurt since aquiring dairy allergy (and also tree nuts!)

I think things should be able to stand on their own merit rather than be viewed as a substitute. But there's an argument to be made that familiar terms give readers clues. I've enjoyed veg burgers but love the real ones. We may do the veg a misdeed by setting up expectations. Ditto "chia pudding" - if you've had real pudding this substitute will only annoy. I do use and enjoy chia in other ways but chia "pudding"? meh.

I do agree that naming things should be closer to what they actually are than what they're supposed to substitute for, but sometimes there's just no way around it. I mean, lentil-pasta water just sounds gross.

Liza October 15, 2015
I somehow misread that. Pasta sauce with lentils sounds much better than pasta water! That's what I get for trying to read right after waking up from a nap.

Jenny M. October 16, 2015
Liza, I had a raw yoghurt, similar to this, but with agave syrup and phsylium husk (chia might also work)

Elyse October 15, 2015
Looks delicious but I have to admit that naming things with traditional names- vegan coconut bacon, for example, drives me a little nuts! When a food item is something else, call it something else. It can be delicious, tasty and vegan but its not bacon so don't call it that. Next thing you know meat eaters will be advertising tasty vegetarian "stuffed" bean burgers on the menu with the stuffing being chicken- its the same contradiction only I am sure Vegans and Vegetarians would have something to say about it then!

Gena H. October 15, 2015
All good points, Elyse. I have mixed feelings about doing it, and especially with this recipe. But either way, if you try it, I hope you enjoy it!