In celebration of Le Pain Quotidien's 25th anniversary, and inspired by a seasonal lunch with their bread and salads, we're sharing recipes and all-year-round tips for breaking bread together. 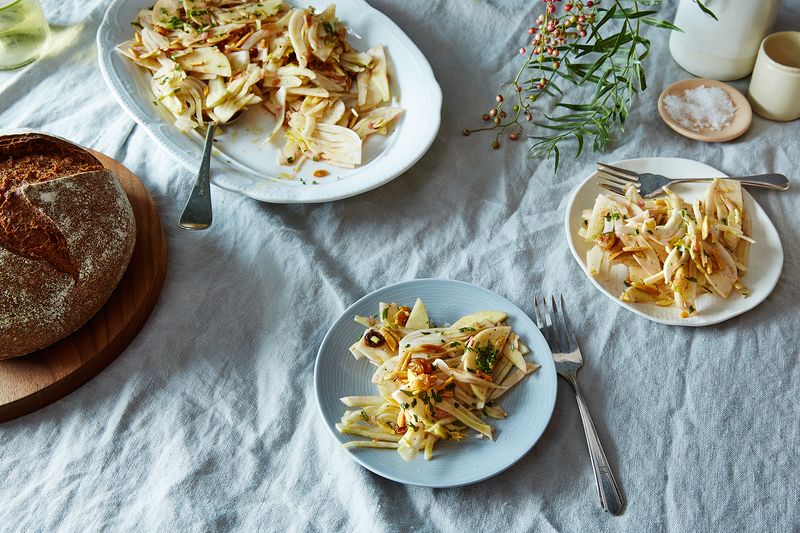 In a fight against limp lettuce and ho-hum vinaigrettes, we're taking up arms: tempura-ing vegetables, blending sourdough into dressing, and even defending salad's merits when need be. And, now, we're macerating sultanas and minced shallot in a blood orange-vinegar mixture, toasting almonds in olive oil and ras el hanout, and shaving fennel and apple for one distinctly not-sad-salad. They say the best defense is a good offense. 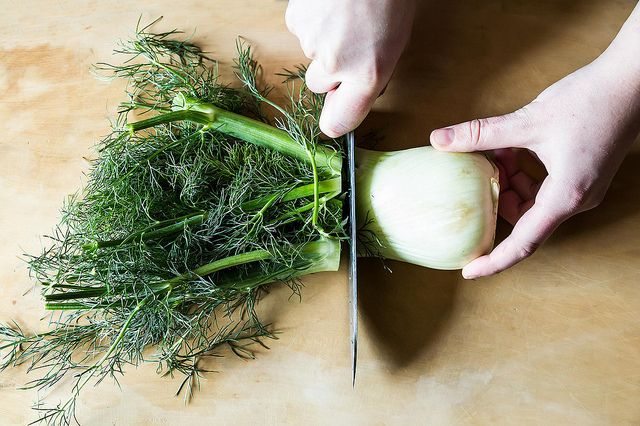 With plenty of crunch, heat from the spice-coated almonds, and slight sweetness from the sultanas and dressing, this salad gives you what great salads should: a plethora of varying, yet cohesive, textures and flavors. And, like other great salads, it's adaptable. Don't have a blood orange? Use a regular, navel orange. No sultanas? Golden raisins, raisins, or even currants will do! Does even the mention of ras el hanout deter you? Follow the ingredient list in this recipe to make an ad hoc version with spice rack staples. 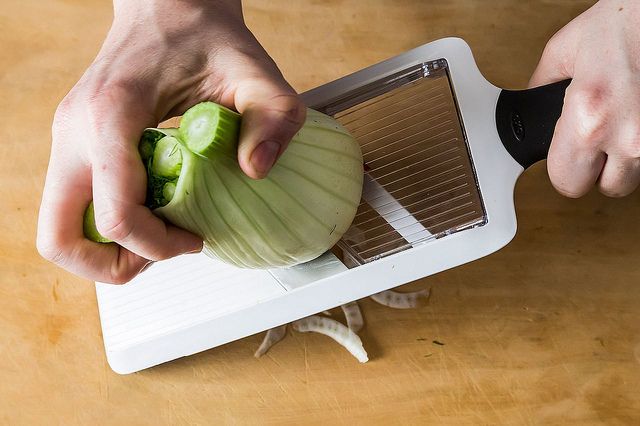 However, be warned: Once you go ras el hanout, you don't go back. There's a reason the North African spice blend—which, while greatly diverse, often includes cumin, coriander, clove, and a whole bunch of other spices—is a staple in Moroccan cuisine. You'll want to put it on everything, and you should—because in salads, spice is right.

Shaved Fennel and Apple Salad with Sultanas, Mint, and Almonds by gingerroot

In celebration of Le Pain Quotidien's 25th anniversary—and their use of fresh ingredients—we're sharing seasonal recipes and all-year-round tips for breaking bread together.