5 Ways to Cook with Bones (Besides Broth)

There was a time only several decades ago when no one would throw any food away—not even a single bone. Luckily lots of people are already on-board with making bone broth (me included—I'm writing a book about it!), but there's more: Beyond making stocks or broths, we can cook with spent bones to make sure every bit of food is used. 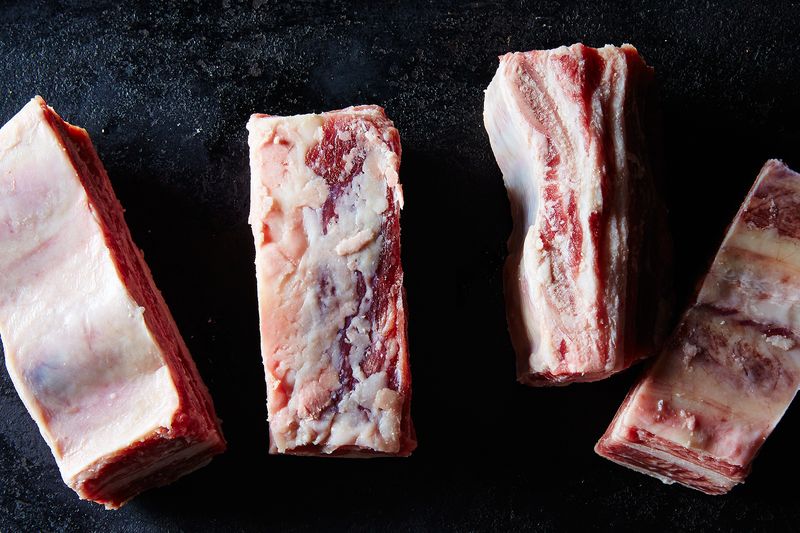 Here are five ways to use bones (other than in stock):

Cooked once for stock, bones still hold their shape, and there’s enough goodness left in them to yield another pot of stock. This double-cooked stock, called remouillage, is light in flavor and yields a looser gel than the initial stock.  It makes a good braising liquid, or you can reserve it, replacing the water in your next round of stock with remouillage. 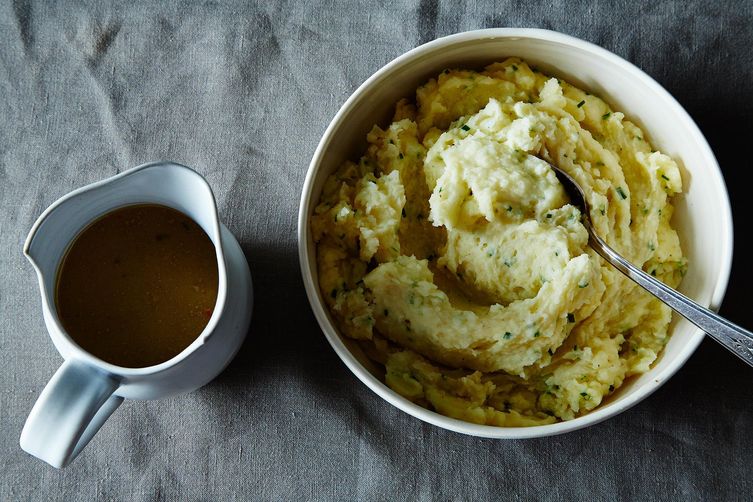 While the difference between bone broths and stocks seems negligible, both being made primarily from bones and water, there is one distinction: the length of time they simmer. Stocks simmer for a shorter period of time (several hours) while bone broths simmer until the bones yield to the heat of the pot and soften until they crumble when you press them between your thumb and forefinger.

The smaller the bone, the more readily it softens in the heat of the stockpot.  Chicken bones and the bones of other small poultry crumble easily after half a day in the pot. While you might strain the liquid and discard the bones, you can, instead, blend them with their cooking liquid until they form a thickened, mineral-rich gravy. Pour the resulting blended bone broth through a colander to remove any large bits of bone that didn’t break down with blending, season it well with sea salt, and serve as you would gravy or pan sauce. 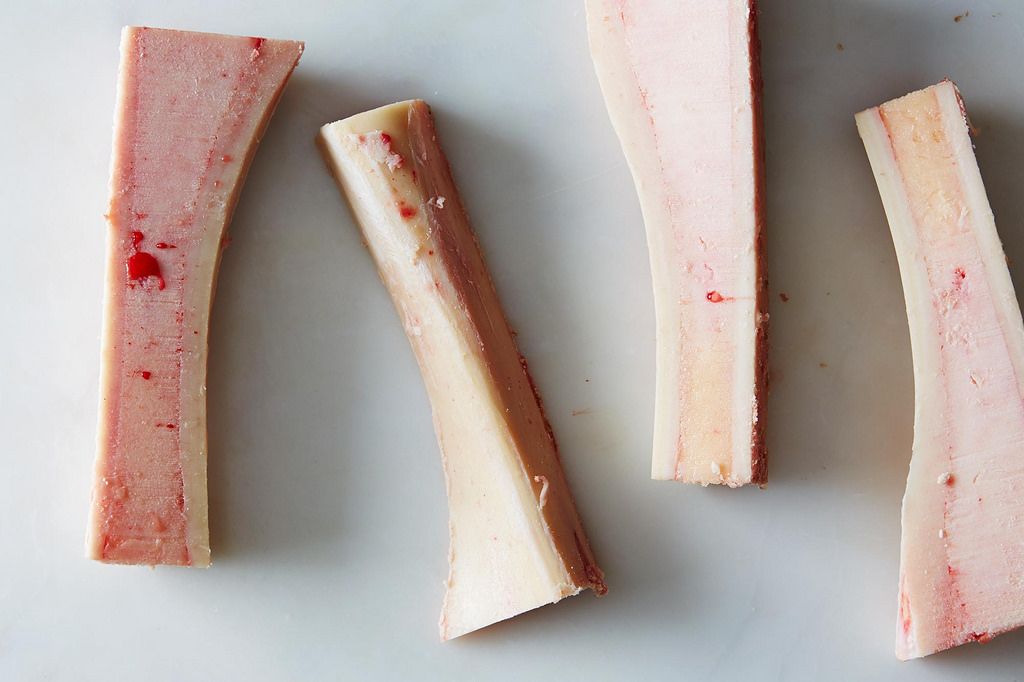 You can find marrow bones at butcher shops and direct from the producer at farm stands and at farmers markets. We usually associate bone marrow, like other animal foods, with savory dishes—Osso Buco, Bone Marrow Butter, or savory Bone Marrow Custards—but early American cooks reserved bone marrow for sweet applications, using it as a replacement for butter in desserts. When roasted, marrow tastes faintly of browned butter, so it’s no wonder that it makes a lovely, though unexpected, addition for sweet recipes like Bone Marrow and Vanilla Bean Custard or even these Fudge Pops. 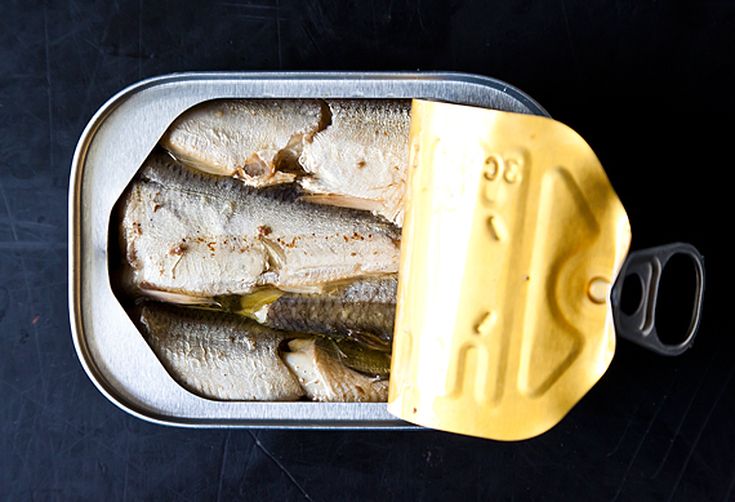 Both in Asia and in Sub-Saharan Africa, fried fish bones and fish tails are a treasured treat. Where beef and pork bones are thick and strong enough to withstand cooking, only yielding their strength when simmered in a pot for a day or so, tiny fish bones and tails of fish like whiting, smelt, and anchovies turn brittle and edible with a quick dunk in fry oil.

After you’ve filleted the whole fish, take the bones with the tails still on and drop them in oil or lard heated to about 375° F. Work in batches and fry them until crisp, about 3 minutes, drain them on a plate lined with a paper towel, sprinkle them with salt, and serve them as an appetizer. 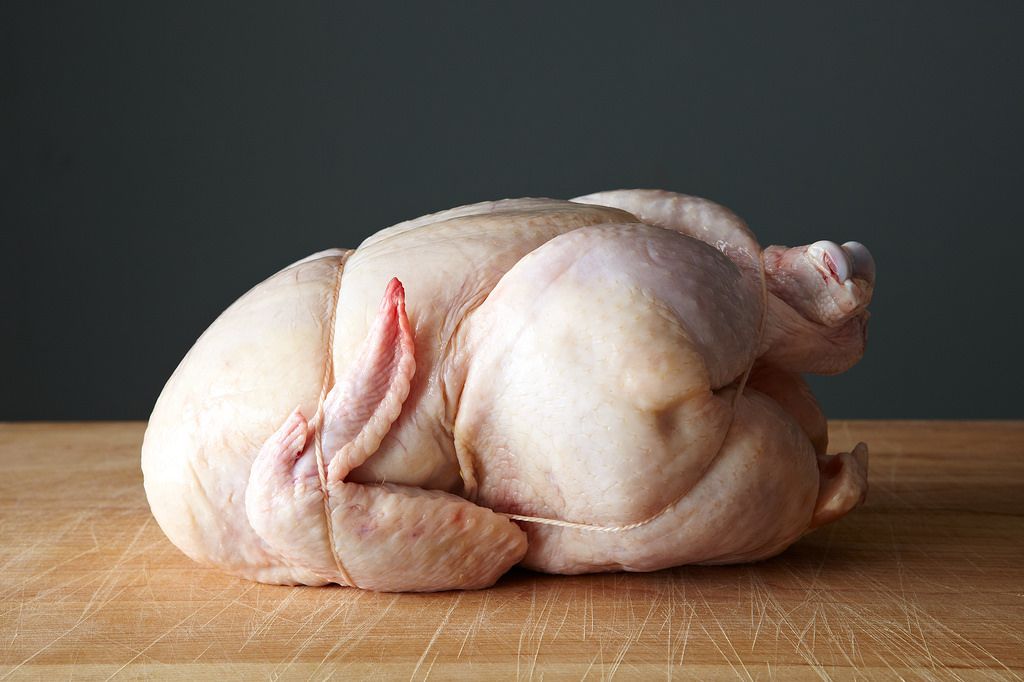 You can find chicken feet at small, ethnic markets and farm stands and farmers markets. Their hand-like appearance is enough to put off even the most ardent of home cooks, but if you can overcome the chicken foot’s inherent “ick” factor, you’ll be rewarded by beautiful, silky stock.

I like to prepare a homemade stock from chicken feet, seasoning it with ginger, chile peppers, garlic, and star anise. After simmering away in the stockpot, chicken feet will lose their stiffness and soften and become flexible. Pat them dry, then drop them into a fryer filled with oil or lard heated to about 375° F, allowing them to fry until they reach a deep amber. Pluck them from the hot fat and allow them to drain on a plate lined with paper towels. Dust them with chile powder, lime zest, and salt, and serve.

You can also serve them in the classical Chinese fashion, as dim sum.  First, brine the feet, then clip away their talons before frying them, then braising them slowly in stock flavored by wine, scallions, and ginger. Check out the recipe for Phoenix Claws here.

nourishedkitchen.com
Jenny McGruther is a food educator and the voice behind the award-winning traditional foods website Nourished Kitchen, and the cookbook The Nourished Kitchen. She teaches workshops and retreats on traditional foods, fermentation, and food activism. Jenny’s work emphasizes back-to-basics, old-world culinary techniques, and simple, traditional home cooking. Her second book, Broth and Stock, will be available next May.

Tina C. November 3, 2015
I get a nice, gelatinous broth from both chicken and beef/lamb bones, but even when they go for 48 hours or more they never get to the point where they crumble like that. Am I not cooking them at a high enough temperature? I just barely simmer them for my stocks since I heard higher temps aren't good for the gelatin.

prettyPeas November 1, 2015
Interesting, I hadn't heard of blending the bones in with the stock before, consider me intrigued. Also, there seems to be a snafu with the captions--the femur pic is unlabeled and the caption about beautiful femurs is under a picture of something else (crosscut ribs?)

Spoonofhearts October 30, 2015
Hey! Great article & amazingly timely as we have just started our first pot of bone broth in the slow cooker to cook all night. Can't wait. (P.S. Change your "loser" gel to "looser" gel (and feel free to delete my editorial comment)