Name the Artwork: A Pop Quiz in Famous Food Paintings

If you ever went to an art history lecture in college, this might sound familiar: You walk into a room that’s either 35º F or 112. The professor turns off the lights and fiddles with the projector for just long enough that you start to regret not having that third cup of coffee. But then, the slideshow starts: Paint is thickly smushed into canvas crevices to form a bridge over a French body of water at sunset (a Monet), followed by a slide of Robert Smithson's installation of pieces of mirror placed upright in sand. It gets better, the image on the screen now involves a cabbage hanging from string, followed by the great 21st Century cornucopia: an open refrigerator. 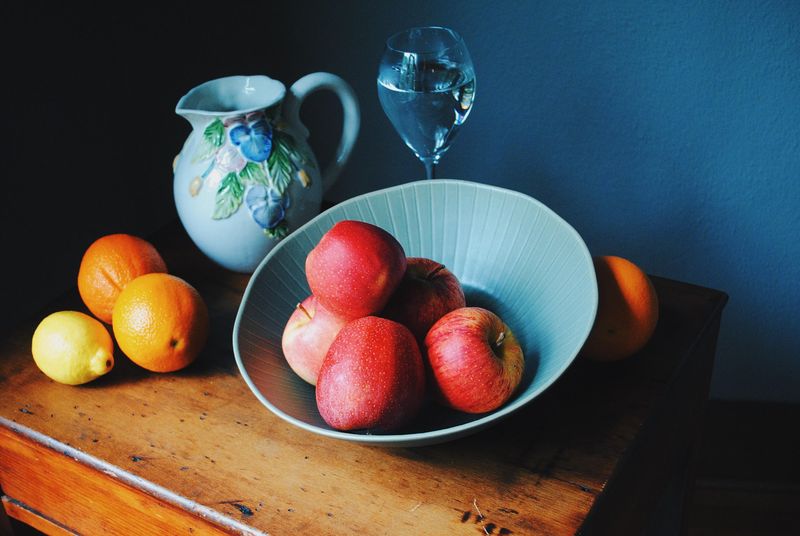 Studying art history in college led me to discover that food can be not only a subject, but a powerful muse for artists. The humble still life, with its sliced melons, crusts of bread, and birds hanging to dry—not to mention stunning vessels full of water and wine—hit its stride in the late Renaissance. However, Ancient Egyptians also lined the tombs of their dead with depictions of food, believing that images of bread and fish would become real in the afterlife. A number of 20th Century artists used food as metaphors for their respective sociopolitical climates, but some were so intrigued by food that it became a consistent subject of nouveau réalisme works (looking at you, Wayne Thiebaud).

I don’t know about you, but I get the same sensation looking at a painting of food that I do when someone sets an impeccably frosted cake or glistening roasted chicken on the table. Even if you have no interest whatsoever in art historical scholarship, who doesn’t like looking at colorful depictions of ice cream?

It was on this premise—that food in art is enjoyable and inspiring—that I decided to cook some of my favorites and photograph them in the style of the artist. Can you guess the original artworks? (Answer key, here.) 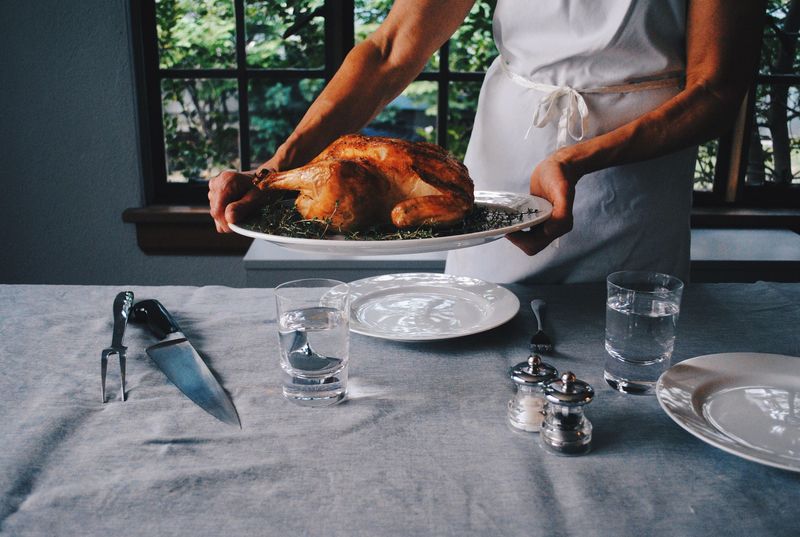 Inspired by a 1941 State of the Union Address by President Franklin D. Roosevelt, this image (known colloquially as The Thanksgiving Picture or I'll Be Home for Christmas) is the third in a series of four oil paintings by an American painter and illustrator. The artist's intention with the paintings was to democratize Roosevelt’s speech and to portray the “four freedoms” coined in the address in a universal context. It looks familiar, right? The iconic image is often referenced and parodied in pop culture. (Give up?)

An amalgamation of the roasted chicken recipes from several talented cooks who are close to my heart: my mom, our friend Penny, Ina Garten, and Fanny Farmer. We like our birds lemony, with a touch of thyme. Pro tip: Smear the chicken fat-roasted onions over a large slice of crusty bread for a snack that will absolutely spoil your dinner. 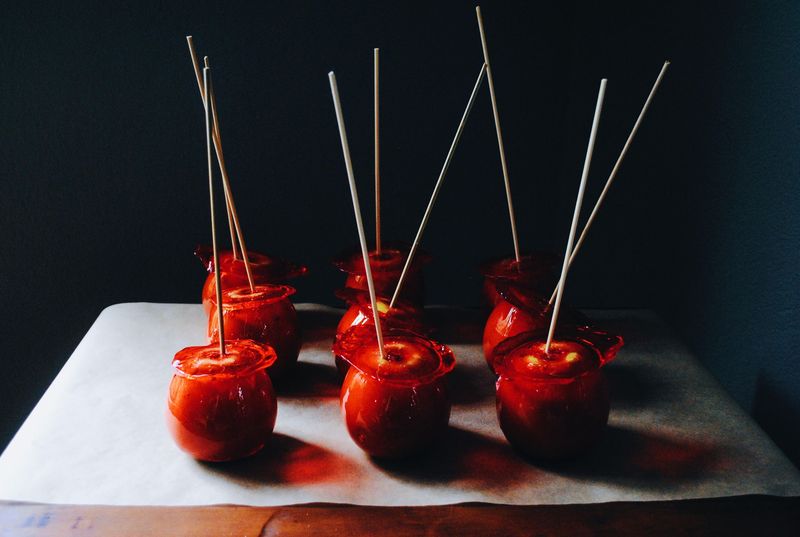 This artist's penchant for channeling nostalgia and American tradition is apparent in his vibrant oil paintings of cakes, pies, and other confections—all characterized by a unique ability to capture textural likeness. This piece, like many of the artist's works, draws critical strength from numbers: The element of repetition creates a visual experience that pushes the work further from the genre of still life towards pop art, into what is known as nouveau réalisme. (Give up?)

Nothing has ever made me feel more like one of the witches in Macbeth than when I was boiling this pot of sugary red goodness. If you’re brave, bite right into an apple once the candy has cooled, but they're just as good sliced up for serving. 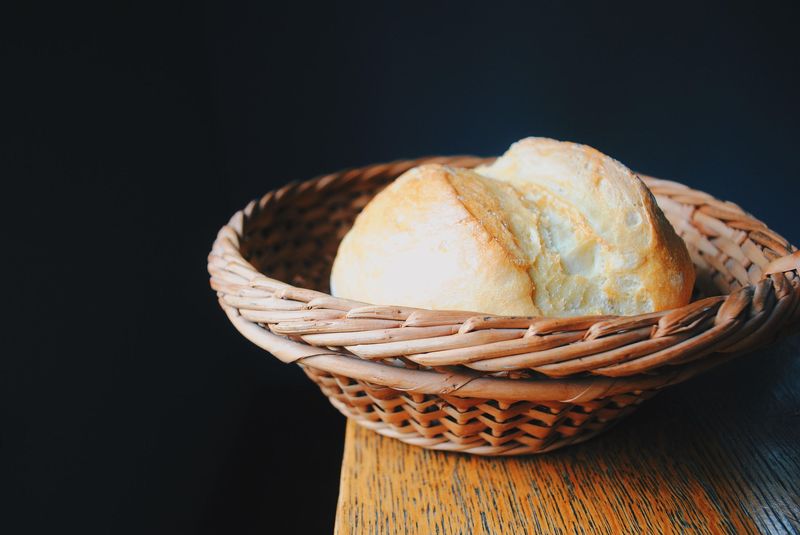 “What man cannot do, bread can,” said the artist of this painting in 1942. When he wasn’t taking his pet anteater for walks—yes, really—he created Surrealist paintings that demonstrated precise technical skill as well as shrewd global awareness; this piece is one of several tongue-in-cheek interpretations of food as political statements. It was finished just after the Spanish Civil War and before the end of World War II: a roughly torn heel of bread shoved to the end of a seemingly empty table, demonstrating the change in respective political climates of the times during which the painting was created. (Give up?)

This recipe makes three modest loaves of chewy, tender bread. It’s also probably the easiest yeasted dough I’ve ever made: no starter, no sugar, barely any waiting around. I’d like to say I didn’t eat all three loaves within two days, but I cannot tell a lie! Using a kitchen scale will make your life much easier, as this recipe involves metric measurements. 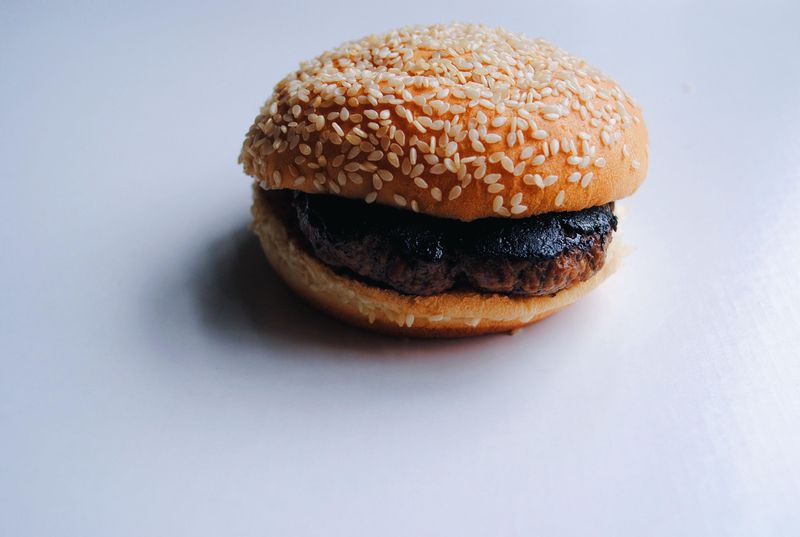 Inspired by newspaper advertisements of the 1960s, (hi Don Draper!) an American pop artist created this piece, among others, by tracing an original advertisement and then silkscreening it onto canvas. While his prints of everyday objects like soup cans, flowers, and dollar bills may appear to be stylized mundanities, he was in fact attempting to portray the impersonal nature of mass-production—and in creating screenprints as opposed to paintings, he explored the effect of mechanical reproduction on high art. “Pop art is about liking things,” he would say when asked about his obsession with food as subject. (Give up?)

For a classic hamburger like this, I like to use 20-percent fat beef. Grass fed is great, but it just doesn’t yield that retro burger taste. Also, you must use one of those super thin, sesame seed-studded potato buns to get the proper experience. Don’t ask what’s in them, just bite and rejoice. 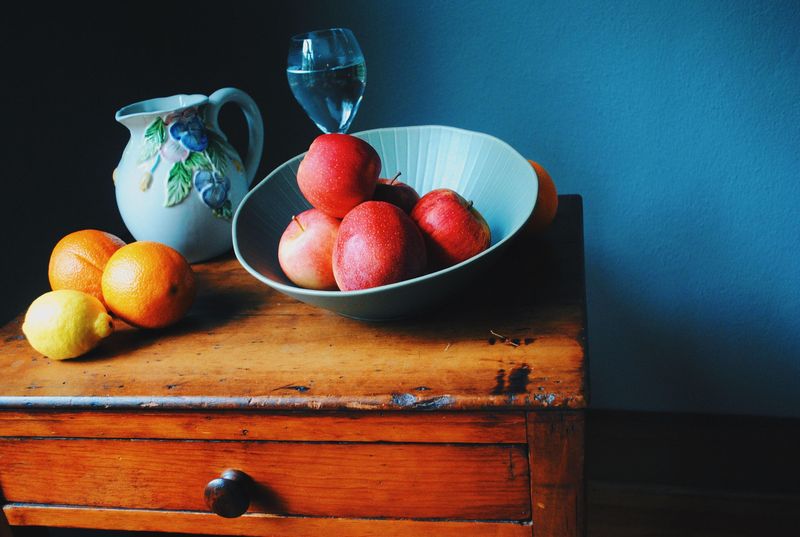 Often noting that fruit was his favorite subject, this French artist's still life paintings capture the instantaneous quality of vision. This oil on canvas work is extremely different from the still life paintings of centuries before: In his quest to capture emotion as opposed to simple optical authenticity, the artist applied paint thickly and embraced blue tones in shadows. Though the term didn’t exist while he and his contemporaries were creating such works, such subjective painting of real subjects was eventually called Post-Impressionism. (Give up?)

rebeccafirkser.com
Rebecca Firkser is the assigning editor at Food52. She used to wear many hats in the food media world: food writer, editor, assistant food stylist, recipe tester (sometimes in the F52 test kitchen!), recipe developer. These days, you can keep your eye out for her monthly budget recipe column, Nickel & Dine. Rebecca tests all recipes with Diamond Crystal kosher salt. Follow her on Instagram @rebeccafirkser.

henandchicks November 9, 2015
This was fun! ...and here I have always said that my minor in history (the Byzantium and early Christian to be exact, so you know, useful) gave me all the skills I need to ask guests, "do you take sugar and cream?".

Matthew Z. November 9, 2015
A better option for Number 4 would have been Claus Oldenburg, also a part of the Pop Art movement. He created a sculpture of a large hamburger, aptly named "Floor Burger".

Matthew Z. November 9, 2015
Actually "better" supposes a few things, I think another option for Number 4 is a more precise way of stating it.

Rebecca F. November 10, 2015
Of course there are many, many more great works to be discussed! Perhaps another quiz is in order.