If you love looking at frosting, you'll want to look at this book. 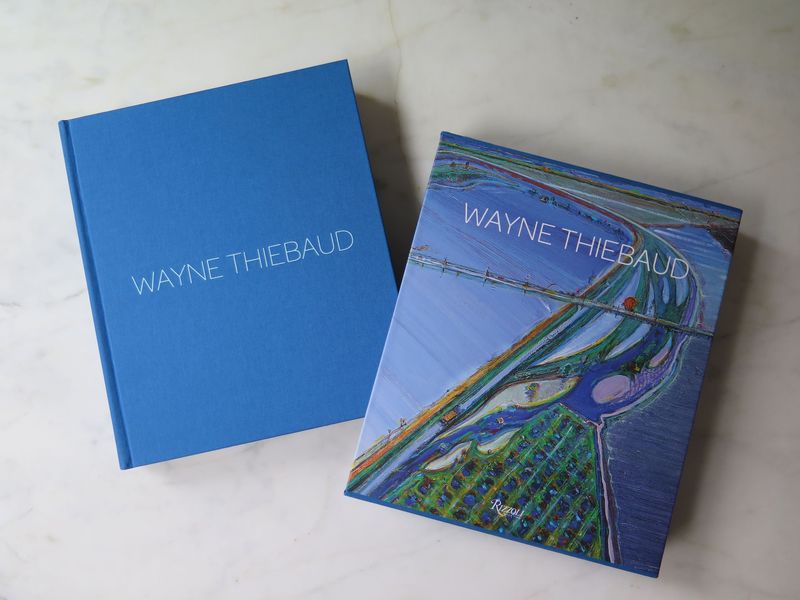 If you’ve ever encountered a pastry case, as you most likely have, you may have noticed that the sweets it holds practically seem to vibrate with the expectation you’ll surely pick them up for devouring. And won’t you?

The swoop and swing of a cake’s frosting, the melty tip-top of just-scooped ice cream, the folded hands of pie crust just barely holding in bulging apple slices—there’s something about the texture of dessert that demands to be recorded (have you seen our Instagram?), making you hungry and full even before you've taken a bite. And for artist Wayne Thiebaud, who’s been working since the 1950s, that demand has been met through his paintings. 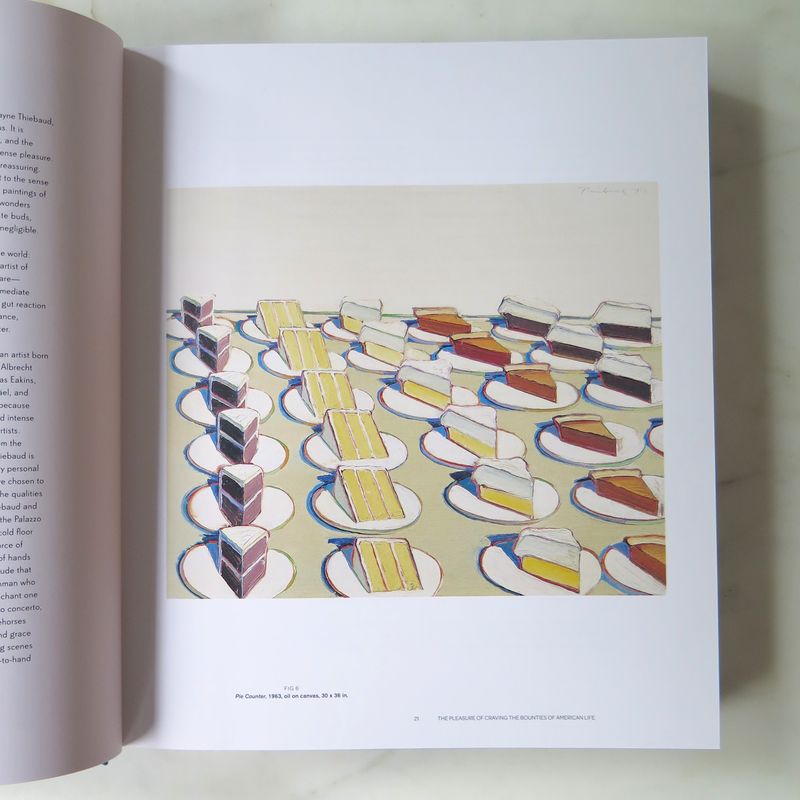 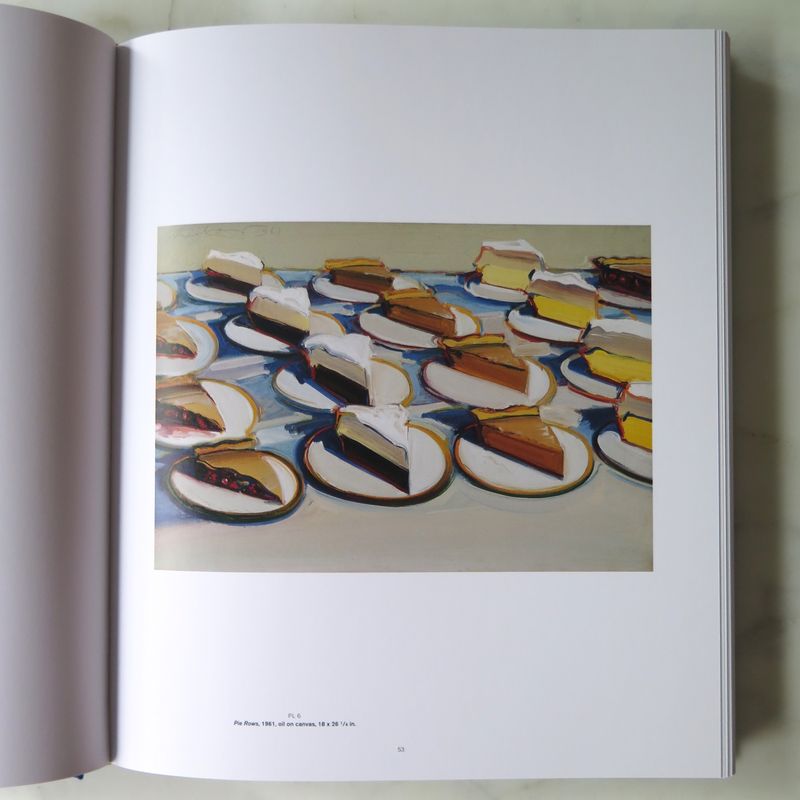 
Images of American food have been made by artists every which way, but there’s something magical about Wayne’s artwork; it captures a middle ground, everyone’s memories, and the way light and shadows dance upon his subjects—well, it's clearly special. Yet, it is not simplistic; rather, it’s a peephole into the history of our country’s culture and our relationship with food. As Nicholas Fox Weber, writer and founder of the Josef and Anni Albers Foundation, puts it in his essay in the catalogue raisonné Wayne Thiebaud: “It is the universality that is most impressive of all.”

But beyond tarts and gumballs, Wayne also painted portraits, figures, and landscapes, in addition to other lesser-known works of non-desserts. Here are some of our favorite food pieces (minus the pies) from Wayne Thiebaud—and what we'd want to make with them: 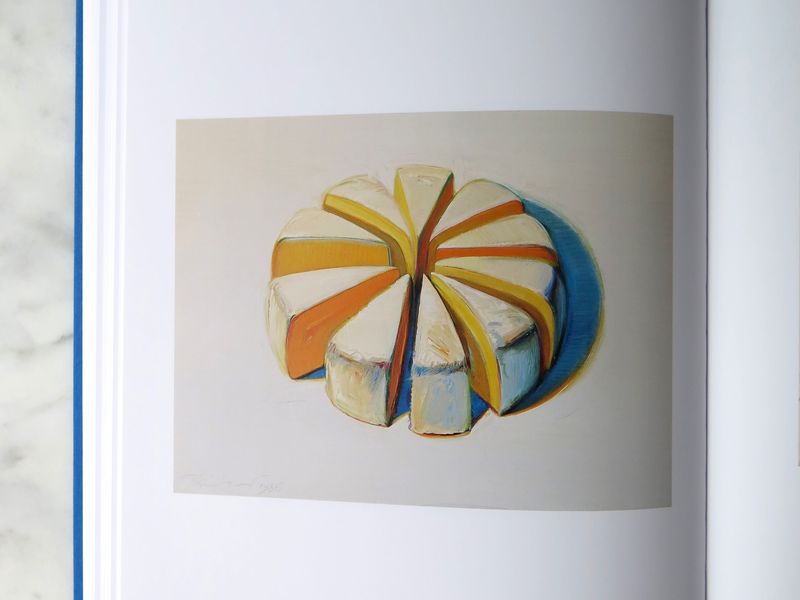 There's so much potential in this picture—the start of a Friday night fondue? A bacon-y, cheesy pizza? But if we're honest, we'd be slicing these up into straight snacks. 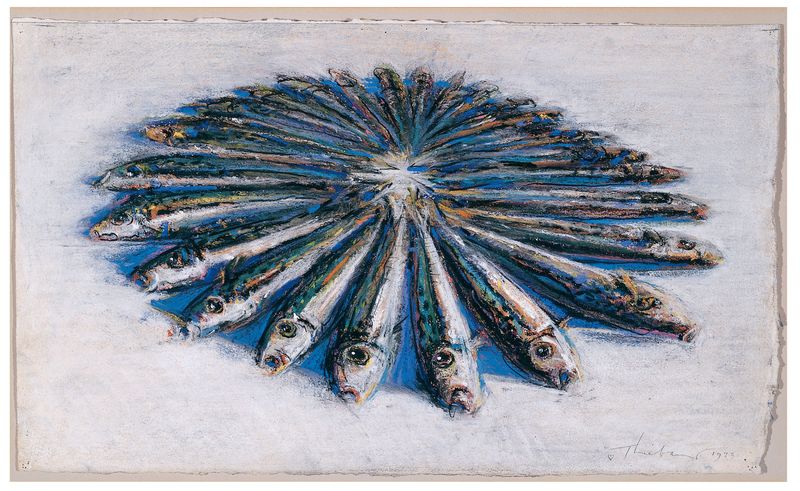 True, these could be anchovies, but let's pretend they're fresh sardines. Boned and flash fried, they're just the thing to add some sass to velvety soups this season. 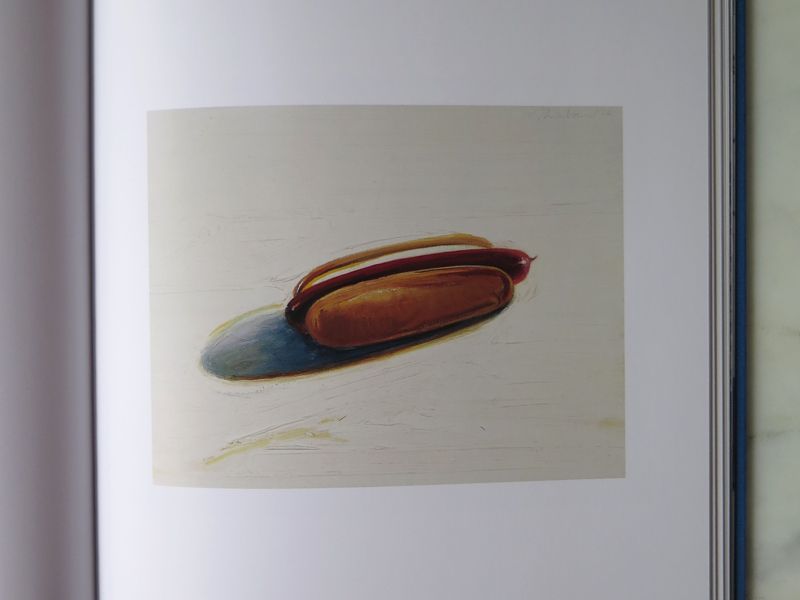 There is absolutely nothing wrong with a plain hot dog in a potato bun (see above: perfection), but this time of year? We'll take one all dressed up with chili (and a few raw onions), please. 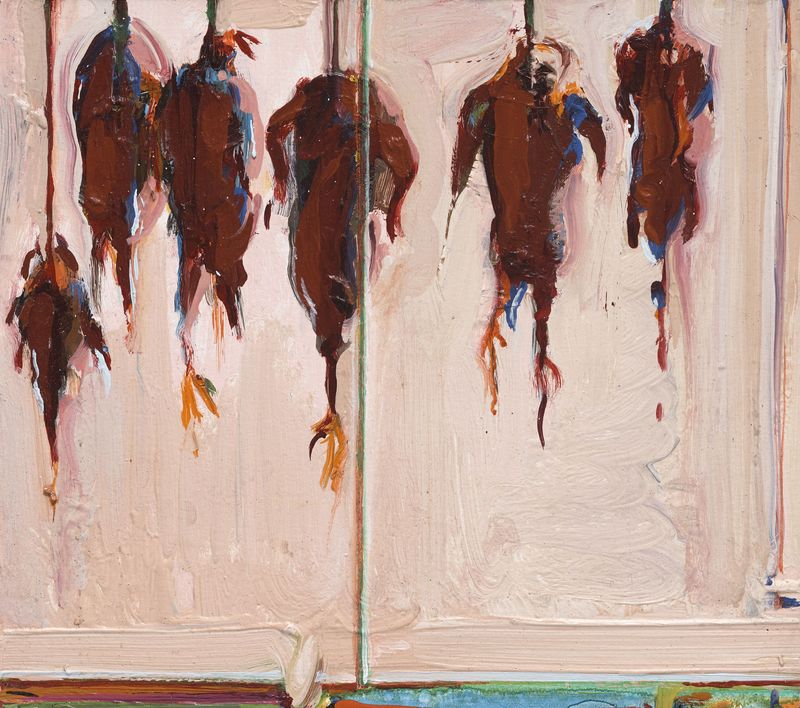 Notoriously fatty and sumptuous, duck is again making its way onto menus now that the first chill is in the air. Here's what you need to know to cook it (and how to make a mean Duck à l'Orange). 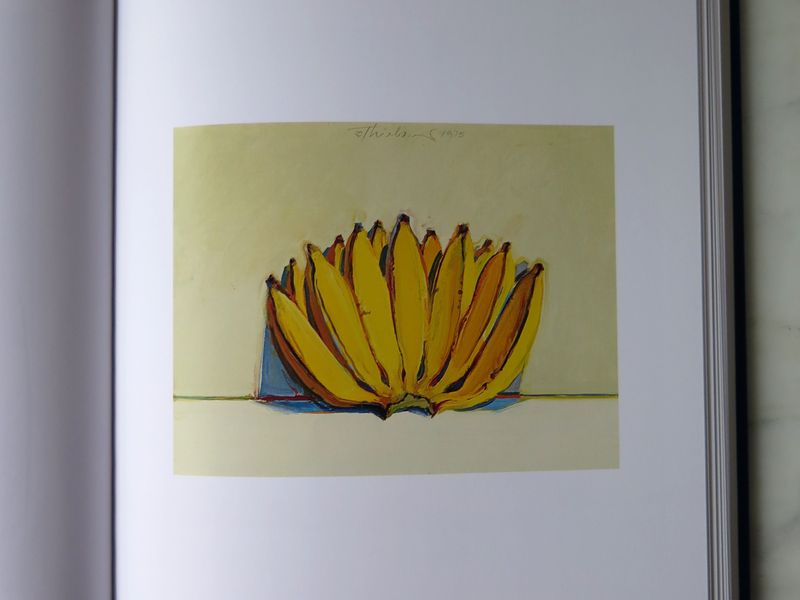 We love banana bread and muffins as much as the next person, but in case you needed convincing: Here's why chocolate streusel will take yours to the next level. 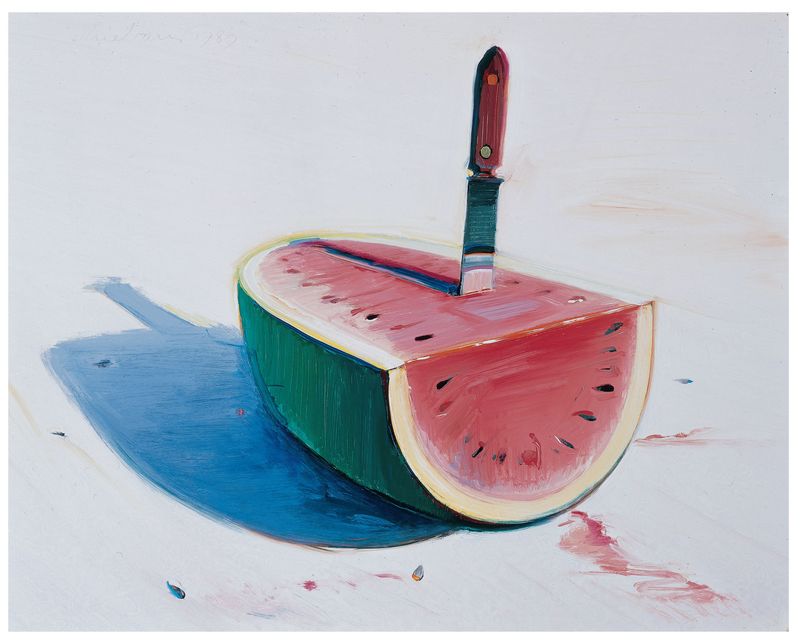 How deliciously creepy is this? Sadly, watermelon season is in the rear-view mirror—but if you need a reason to buy one anyway, we recommend tapping one with a spigot and serving the juice in it as your next party trick. 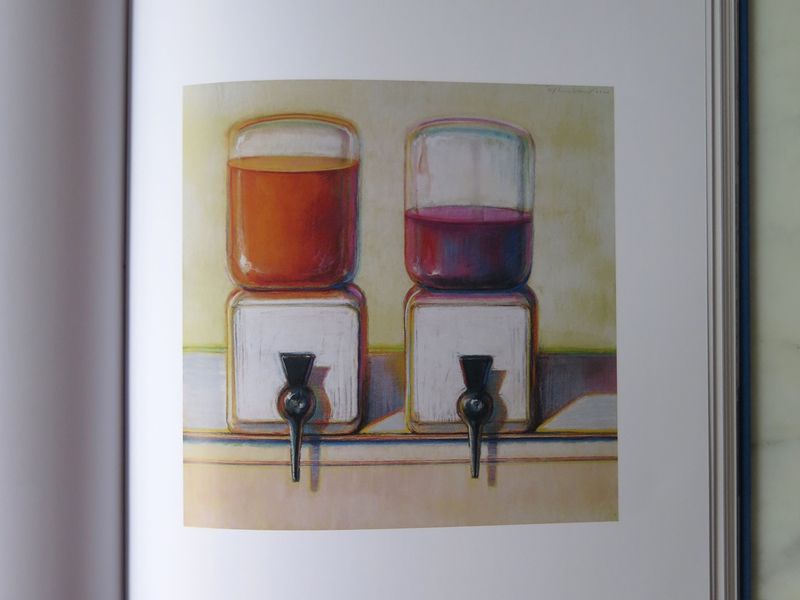 It would be tempting to taste these right from the spout, but everyone knows the best use for orange syrup is all mixed up into soda. 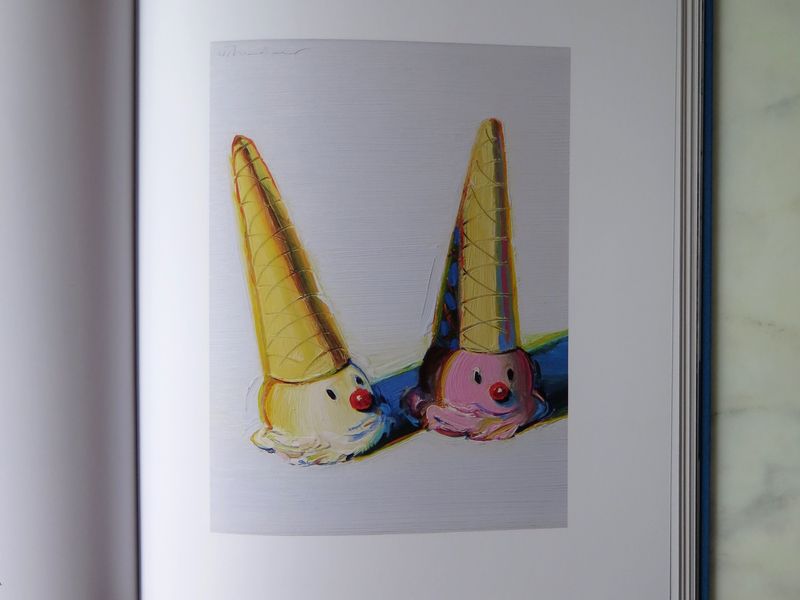 Making ice cream can be as tricky as deciding which NYC ice cream shop you love the most—but these ice cream-making tips help make the former a little smoother.

What foods do you love so much you'd like to have a painting of them? Let us know in the comments!