Dinner & a Movie: Spirited Away

We've asked her to start sharing the menus for her favorite films with us -- here's the latest installment: the magical anime film Spirited Away. 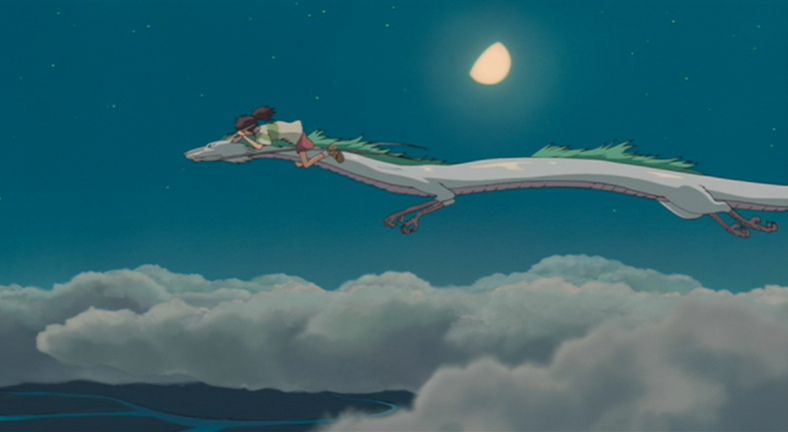 Every once in a while, you come across a movie that leaves you speechless.

I'm talking about a film so overwhelming that it causes your mind to shut off from receiving anything else for a while. This word-robbing experience has only happened to me a handful of times and I, for one, never thought that an anime film would qualify among the likes of Chinatown or In the Mood for Love.

But then I saw Spirited Away. 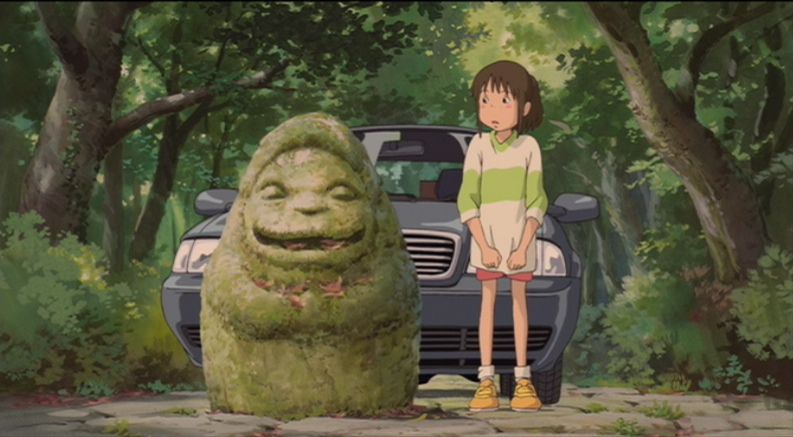 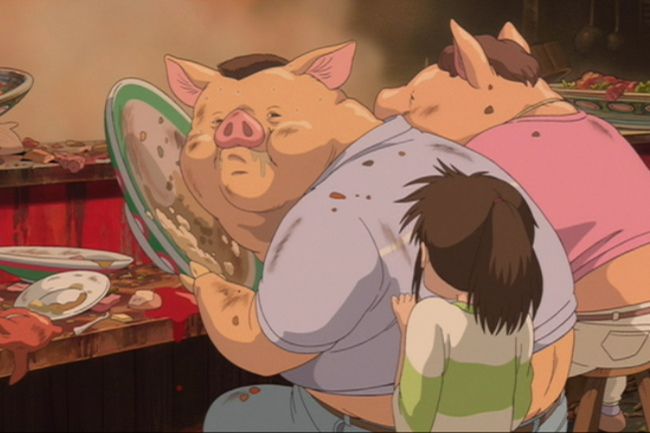 At the beginning of Spirited Away, John Lasseter, of Pixar fame, introduces the film: "You are lucky. You get to see Spirited Away." He goes on to praise writer and director Hayao Miyazaki and wildly proclaims that the following film is the man's masterpiece. As much as you want to regard these statements as hyperbole... don't.

The story begins when ten-year-old Chihiro and her parents get sidetracked during a move to a new neighborhood. Chihiro, dour and reluctant, follows her more adventurous parents into an abandoned park, but all three mistakenly enter an entirely different world. After greedily partaking of food in the park, Chihiro's parents morph into pigs and she is thrust into an alternate existence all on her own -- where very little is as it seems. 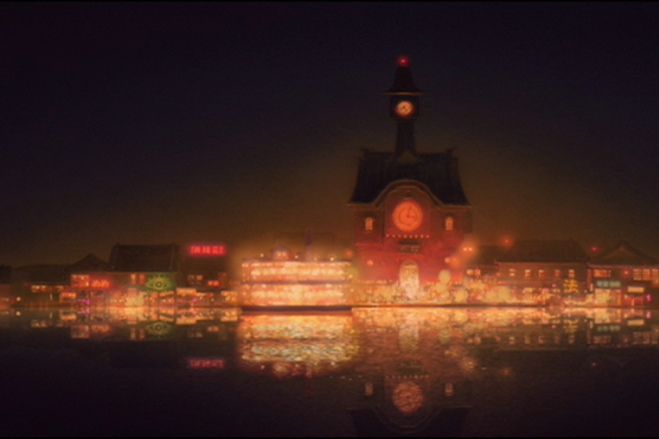 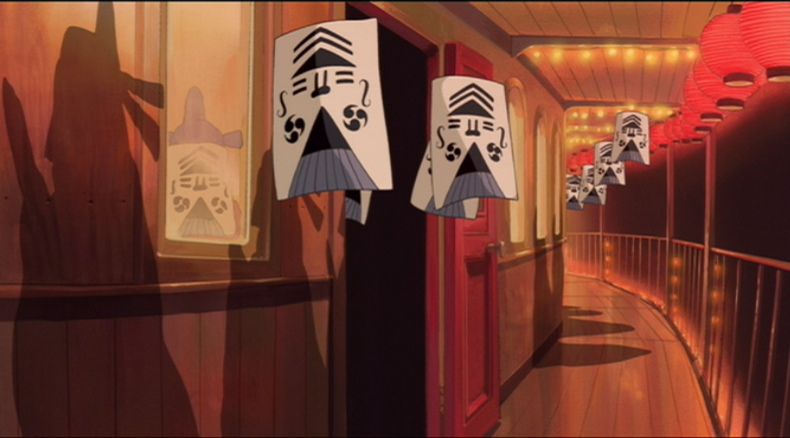 Okay. I make it sound kind of cliched, but you have to trust me that the movie is magical. Miyazaki's imagination creates some of the most fantastic images you will ever see: a man with six arms, who sits like a spider and orders dust to do his bidding; a giant baby-turned-mouse with a curious streak; and an entire universe of beings that are employed by and frequent a bath house for the gods. And at the heart of the film is Chihiro, who undergoes an incredibly impressive change: she, subtly and convincingly, grows up. The most stunning relationship in the film is that which Chihiro shares with Haku, an apprentice to the Witch who runs the bath. The depth of their connection will both humble and astound you. 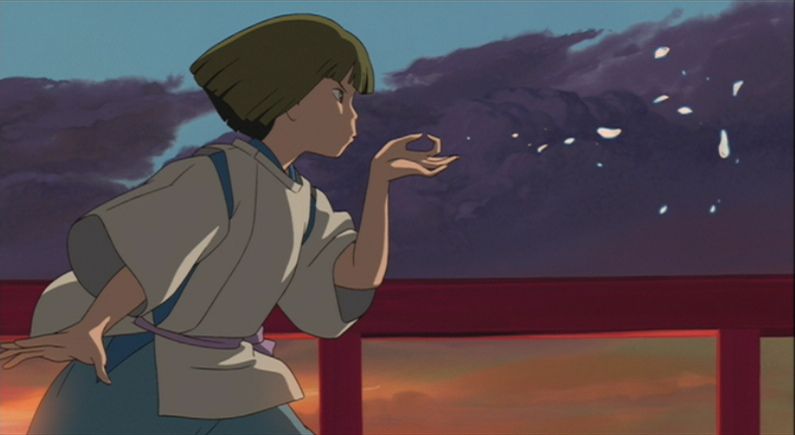 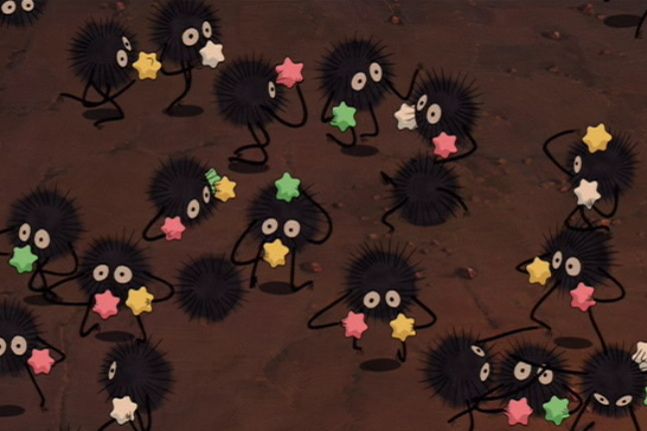 Yes. I'm still talking about a cartoon -- a sophisticated and lyrical cartoon, with a phenomenal soundtrack too boot. Also of note, you'll find that the place of food in the universe is nuanced and real. Eating is at times forbidden, but at other times life-sustaining. Meals are offered as pandering sacrifice and later expelled by an over-gorged monster. Food literally colors the world, when the animators fill frames with hanging fish and meat. Like every other aspect of this enticing creation, Miyazaki's representation of food is both complete and supernatural. (Just consider: Chihiro must only eat one morsel of the world's food in order to not disappear.)

So I offer up a meal that I hope would meet with Miyazaki's favor: parts Japanese, parts not; colorful; varied. I would ask both you and him to bear with me on the blueberries. Though much less inspired by the country of our film's origin, there are bursts of color, depth of flavor, and they are spirited (in the form of the grappa, if nothing else). Perhaps, you could figure out a way to serve them with mochi...

A note: please, please watch the film with the original Japanese language and American subtitles (as opposed to the American dub referenced in the trailer above). There is no other way to do it justice.

A Meal for Miyazaki

Yuzu, I zu by Teri 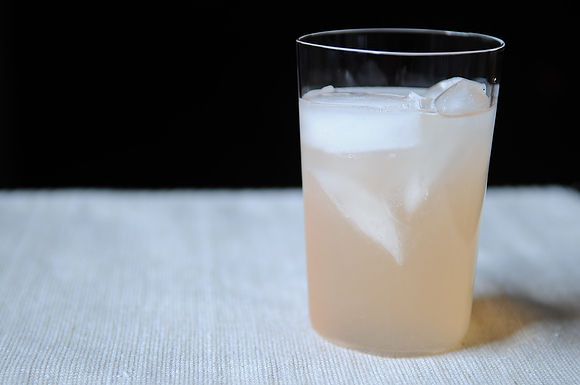 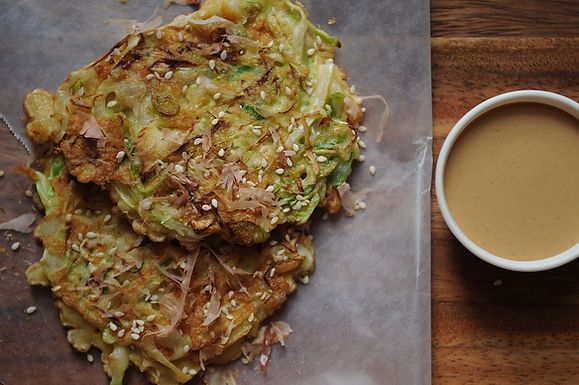 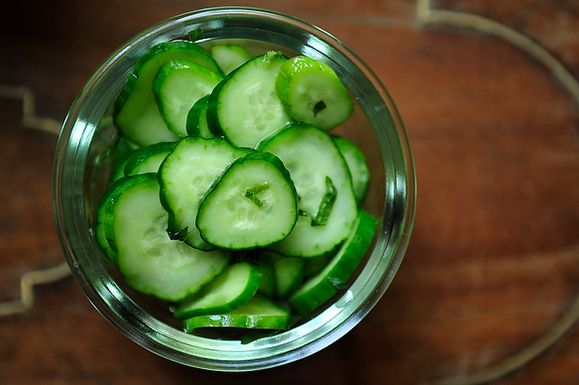 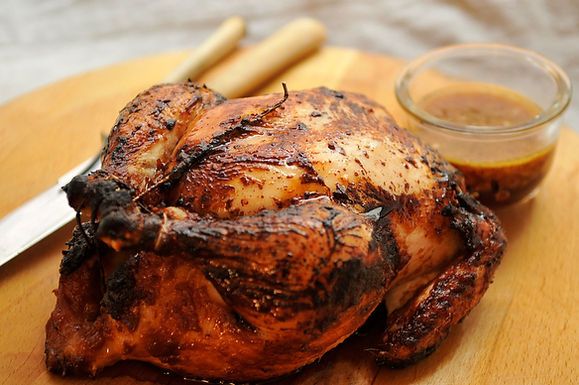 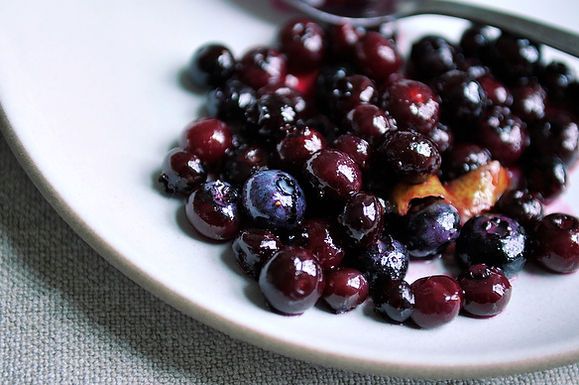 Want more movie menus? See what Elena's serving with Hot Fuzz and A League of Their Own.

Teri August 8, 2011
You're making me homesick for Japan. Thanks for the menu!

gingerroot August 5, 2011
Brilliant pick and great menu as usual! I was completely mesmerized the first time I watched Spirited Away (the bath house!); thanks for giving me a good reason to watch it again, and eat well too.

boulangere August 5, 2011
Thanks for a great movie tip.

mrslarkin August 5, 2011
Great dinner choices, Elena!! The trailer reminds me so much of Harry Potter magic! Can't wait to watch this with the kids - perhaps it'll soothe their HP melancholy. One of our fave Miyazaki films is My Neighbor Totoro. I've ordered both films from the library - I think we'll do a double-feature.

There'sAlwaysPie August 5, 2011
I love these dinner and a movie posts - great idea!