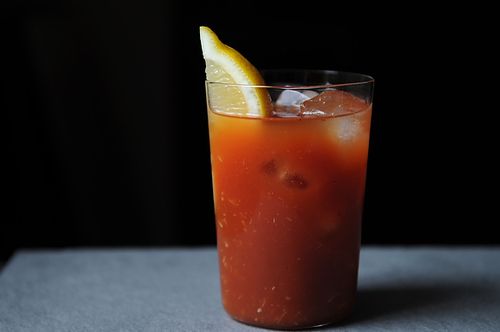 To survive the intense nail-biting time when news broke last year that there was a contract dispute between AMC and Mad Men's producer Matthew Weiner, I retreated into a Mad Men-less existence in which I pretended the show simply had never happened. I banished Don, Betty, Peggy, Roger and yes, even Joan from my mind and pressed on bravely. Then, sometime in December, advertisements for Season 5 finally appeared in Manhattan and I lost it. Completely, out of my mind giddy. And March 25th!? So much sooner than I could ever have dreamt of, had I allowed myself to dream!

The season premiere will be two fabulously-dressed, wonderfully brooding, and inevitably booze-soaked hours long. That's AMC's way of telling us to host a premiere party! I don't want to upset them again, so I plan to follow suit, and here's what I think I'll serve.

While a martini might seem like the obvious choice for a Man Men-themed party, I take issue with that choice on two counts. First, Don is an Old Fashioned guy (in more ways than one). Second, one of my favorite wow-parenting-was-weird-in-the-60s Mad Men moments involves a Sunday afternoon at the Draper home with little Sally Draper fixing Bloody Marys for Don and Betty. She haphazardly guesses her way through the recipe, usually opting for a roughly 7:1 vodka:tomato juice ratio. We think that these Horseradish Bloody Marys from NWB are a bit more enjoyable than Sally's, though Don and Betty may disagree. 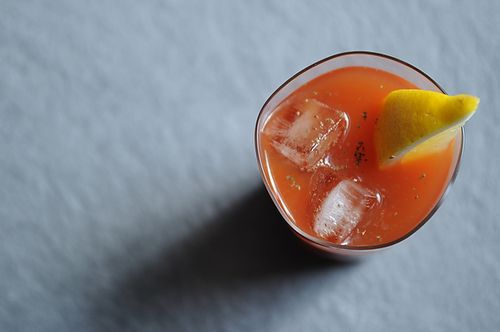 While the Drapers would probably have eaten the soup-mix version, there are indeed many times when it is best not to follow exactly in their footsteps. This is one of them. ADRIENE's Caramelized Onion Dip is an addictively allowable diversion from the original. Serve with UTZ -- they're better than nuts! (Or your favorite chip, we won't tell the boys at Sterling Cooper). 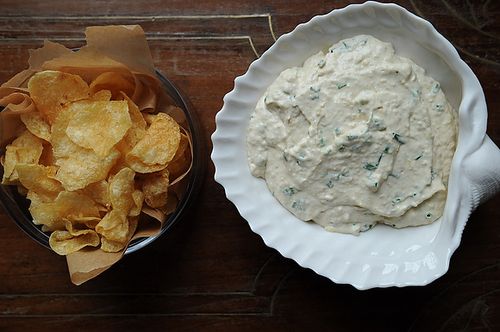 Betty would want something a little exotic on the table (but she probably knows better than to serve Heineken as her "taste of something exotic" by now) and dymnyno's Heart of Gold appetizer would suit her just fine. Plus, the fact that it is a something-fried-dipped-in-mayo sort of appetizer automatically makes it excellent cocktail party material. 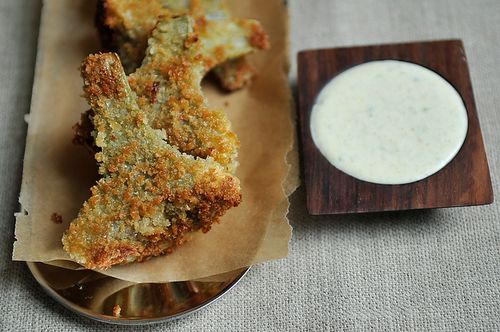 Next up: Rose's Deviled Clams Casino by ibbeachnana. Because is there anything more 1960s than Clams Casino? I didn't think so.

I think pierino's Polpette Di Vitello Tonnato Style would look rather nice speared on a little cocktail sword, don't you? They're pleasantly beige, too, which Betty would be into. After all, they go with the drapes, and if a pesky child dropped one on the carpet, well, she'd still yell, but hey! No stain! 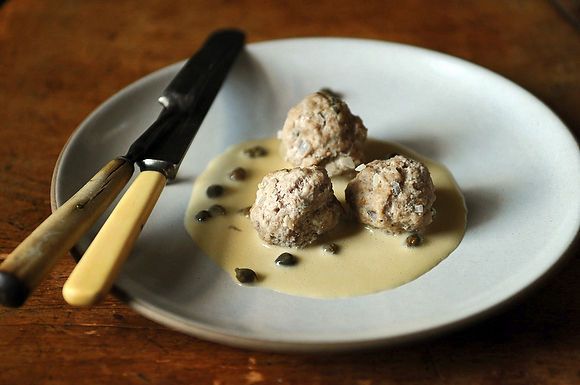 Last, but not least, it's just not a 1960s party without Chex Mix. Or in this case, merrill's so munchable Party Mix for Grown-Ups. It's just the thing for nibbly cocktailers, and it's great for the kids to have something to snack on between mixing drinks for you and your guests and changing the records. 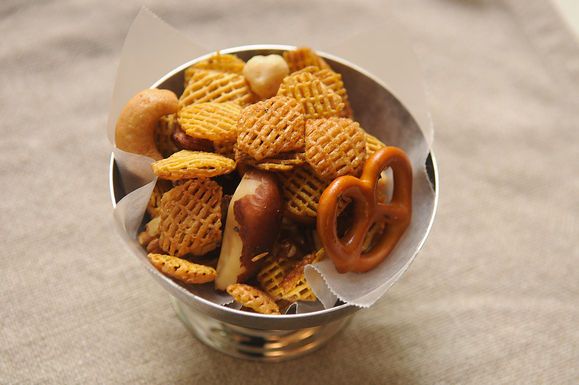 Now what would you serve?

Alexandra S. March 20, 2012
Since discovering these cheese sticks, I won't host a party without making at least one batch. They are so easy and addictive! http://www.alexandracooks.com/2012/02/24/cheese-sticks-for-oscar-night/

Your menu looks fantastic. I am drooling over those hearts of gold!

ChompingTheBigApple March 20, 2012
I feel like a Mad Men party might be the perfect excuse to finally try out an aspic and actually get my friends to try it. But there would be loads of bourbon-based cocktails to wash it down if it didn't go over well. And we'd definitely have Utz's chips, but the Grandma Utz's version (fried in pork lard). Probably a tower of raw oysters as well.