The Sardine That Saved Dinner 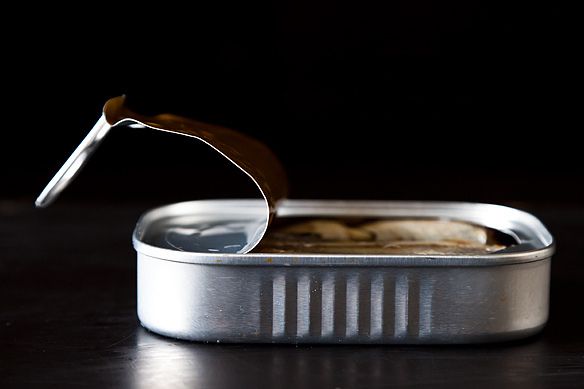 If I had one piece of child-rearing advice, and I don’t, it would be this: feed your child sardines.

Almost uniformly, people find this idea incredible: As in not credible—not to be believed: no child would want to eat sardines, so why would you feed them to a  child? 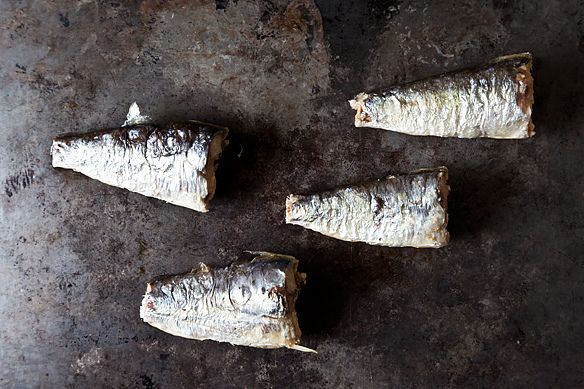 Sardines are a harried parent’s solace. You never have to worry about sustainability: the only sustainability problem is that you are eating too few sardines. You never have to worry about mercury: there are no cans of low-mercury sardines for the simple reason that there are no cans of high-mercury sardines. Sardines are the only snack to which you can keep saying yes. If Oliver Twist had only asked for more sardines, the whole novel would have been different. 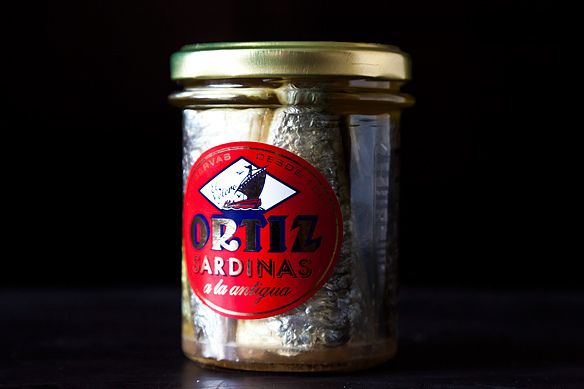 Am I writing this only because I want to recommend the wonderful, Beckettian picture book Arlene the Sardine, the uplifting story of a little fish who dreams of becoming a canned sardine? (Dear reader: her dream comes true.) I am not. I also want to recommend its Amazon reviews, including the review from the horrified mother whose daughter “loves to act out the scenes such as getting caught in a purse net.”

You do not have to act out getting caught in a purse net before making the recipes below, although I will not dissuade you. 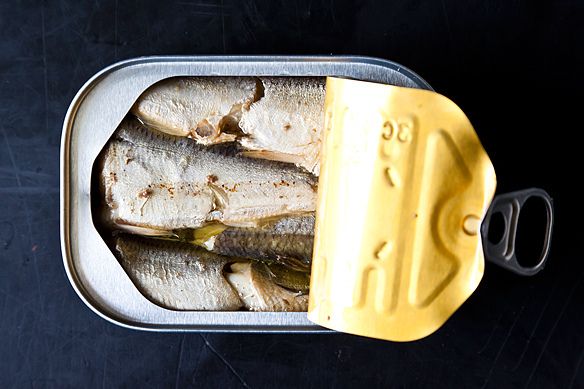 Recipes is an exaggeration. These are basically exercises in fine motor skill control. The first: open can of sardines; do not pass go, do not put on plate. Let’s be honest: this is how most small fish disappear around here.

The second is the brilliant Sardine Butter from cristinasciarra. This is more concept than recipe, but who needs a recipe when you have this much concept?

The third is a riff on Chad Robertson’s sardines with hummus recipe in Tartine Bread: the hummus tames the sardines; the sardines tickle the hummus. It’s as if kids’ food sat down at a tapas bar. Robertson’s version is better: he uses fresh garbanzos and lightly fries the bread. Mine is doable: make or buy your preferred hummus; I will not judge you. (I know I was last heard complaining about beans: insert obligatory self-exculpating Emerson quote here.) Toast bread and spread with hummus, mixed with parsley or cilantro. Top with sardines from a can. Sprinkle with smoked paprika, if you have it.

There is no reason not to call this dinner. 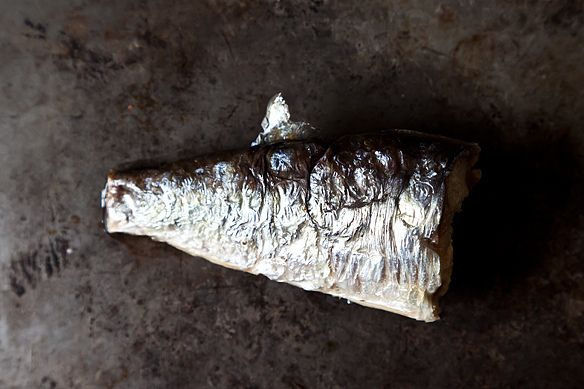 Sardines, Hummus, Toast: See the recipe (and save and print it) here.

acecil August 29, 2015
count me among those who grew up eating sardines on saltines. I'm afraid it didn't get any more creative than that at home, but I loved them and have sold my husband too. I'm loving learning new ways to eat them too, so thanks for all the suggestions!

LakeRuby December 3, 2013
Delightful. I plan to introduce sardines to my 15 month old immediately.

Midge K. September 30, 2013
My siblings and I all grew up eating sardines. In fact, Friday-morning breakfasts during the school-year always seemed to consist of sardines in tomato sauce sauteed with sweet onions and fresh garlic. For this reason, I'm shocked to know that there are STILL parents who won't feed their kids sardines!

chava September 2, 2012
So I wanted to try the make-your-own tinned sardines mentioned by Kitchen Butterfly, but the link didn't work. Glad to have chocolate on toast with olive oil and salt, but...I'd still like to try the poaching fresh sardine fillets. Has anybody else had a problem?

witloof August 29, 2012
I love canned sardines mashed up and spread on bread with avocado. Or just broken up gently and mixed with cut up cherry tomatoes and a vinaigrette.

AnyaTika May 17, 2012
Unfortunately for this write up I don't remember my first sardine but I do remember my first raw oyster, landlocked in North GA sticks, my father pulled a raw one outta the fridge and said open up. I took it pretty well considering. My second oyster was from my mother and it was smoked, on a saltine, outta the can, with a bit of dijon. I've grown from those experiences to love the strong flavored, sour, bitter and extreme flavors. Thanks, parents of the world, who find great pleasure in watching the face contort on their child as they feed them their first intense (and by normal parents' bland standards: adult food) flavors. Looking back on what my parents must have felt brings me the same joy.

Did anyone ever read the article written by an American chef -when duck fat fries was something new- about how baby food was silly and he was feeding his toddler all the soft foods he was eating? Same ilk, never tires.

nettleandquince May 14, 2012
Nice post, great title - I've often felt the same way. One of my sons' favorite dinner for a long time was sardines and rice. Two easy, practical, non perishable staples. Of course, it does requires some cooking...

Sauertea May 13, 2012
I wish I had dared to try this with my daughter. I have memories of my grandparents having sardines for cocktail hour. From that I ate sardinia sandwiches with mustard! Thanks for jogging ny memory.

eboyd May 13, 2012
What a wonderful post! I too, have been a fan of sardines since I was a toddler. ( raw oysters, too!) lately, I have taken to Alton Brown's sardine sandwich, which is a piece of rye toast with avocado mashed on it, then topped with sardines. I like to add tomato and arugula when I have them. Today, my sardine sandwich was on homemade ciabatta with mustard, spring mix, sardines, and thinly sliced Yukon golds - AND an egg, over easy. Amazingly delicious!

foodiemama May 13, 2012
Thanks for this post! I started my now 4 year old out on sardines as one of her first foods. I am not a fish lover so it was a difficult thing for me to deal with the smell but so worth it for her health. I later found that since she liked the taste of fish so much I could give her fish oil supplements like they are candy. I think starting early is really the key.

mellific May 13, 2012
Yay! I started my son on sardines when he was 2 yrs. old. He is 5 now and still loves them!
My grandmother thought I was crazy feeding a toddler sardines but I am so happy to have gone and followed my gut instinct.
Love this article- Love this website!!

Emiko May 13, 2012
This article is brilliant, bringing up so many important things - feeding kids vitamin and nutrient-packed foods, helping them with gaining an acquired taste for one of the best and tastiest food-sources ever and seafood sustainability. All of these things seem (oddly) highly underrated when they should in fact be what everyone's talking about! Bravo.

WFDoran May 13, 2012
I THINK SARDINES ARE HIGHLY UNDER RATED BY MANY FOLKS . TRY THEM ON A SLICE OF DSNISH RYE BREAD WITH A BIT OF BUTTER SLATHERED ON THE BREAD THEN THE SARDINES TOPPED WITH SOME RAW ONION AND BLACK PEPPER AND A BIT OF PARSLEY

Whats4Dinner May 13, 2012
I have a friend from my college days that got me hooked on sardines on saltines. Wow! What fond memories. Thanks! Now I have to run to the market for sardines and saltines :-)

Mockingbird May 13, 2012
I eat canned sardines on a daily basis(okay, more like five times a week). I grew up eating them in omelets that my mother dubbed "sardine patties" and though I parted with them throughout my teenage years, I'm 24 now and pretty much a sardine spokesperson. And ditto on the tilapia comment, to this day my preference is for much stronger tasting fish.

sheredel May 13, 2012
FINALLY the lowly sardine is coming out of the closet!!! ever have "sprats" ? similar, my personal favorite, the skinless and boneless but either type will do!!!