We're celebrating the artisans, writers, makers, and more who make up the diverse and inspiring world of food.

Today: Nudo's Jason Gibb makes flavored olive oil with whole lemons -- pressed together so their flavors are "joined at the pip" -- and puts trees up for adoption. How cool is that? 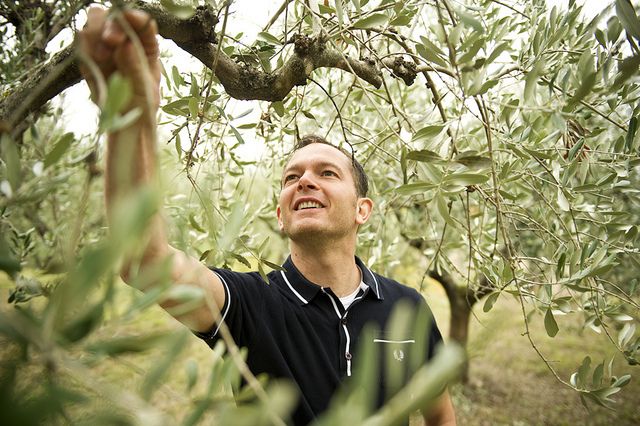 After getting a PhD in marine biology, Jason Gibb made science documentaries for the BBC and the Discovery Channel, but always yearned to make something tangible -- something he could hold in his hands. Eight years later, he and his partner Cathy Rogers bought an abandoned olive grove and moved to rural Italy. They now sell their Nudo olive oil around the world and have become known for their olive tree adoption program. (Visit their about page for more on Nudo, plus their favorite things that start with the letter A!)

You can find Nudo olive oil in the FOOD52 Shop! Today, Jason describes a day in the life of an olive oil maker to us -- from the grove to the olive press. 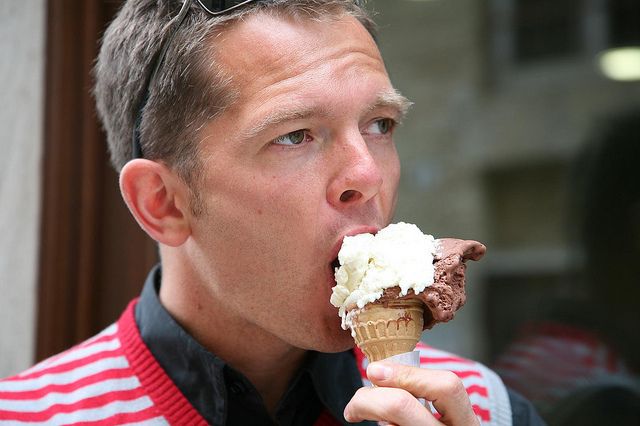 Nine years ago, my partner Cathy and I bought an abandoned olive grove set in the gently tilting countryside of Le Marche in Italy. We spent two years restoring the grove and perfecting a way of making flavored olive oil, which is quite rare. Most people make flavored olive oil by first making the oil and then adding an essence or flavoring afterwards. This can make for a chemically, unnatural taste. 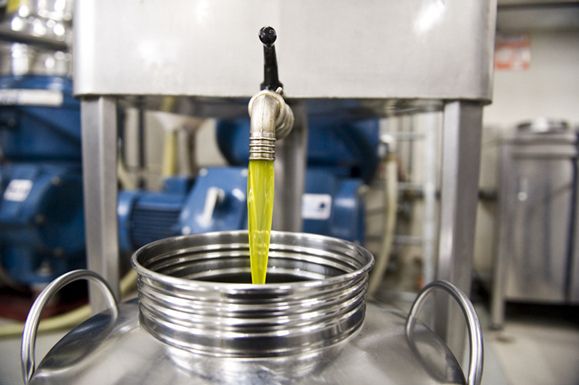 We prefer to use the agrumato method, where we crush the fruit (in this case lemons), herbs, or spices right there in the press together with the olives. The oil can only be made at olive harvest time (November and December) so we have to plan carefully. But the taste of the flavored oil is deliciously fresh, as you’d expect from fruit picked only hours earlier. 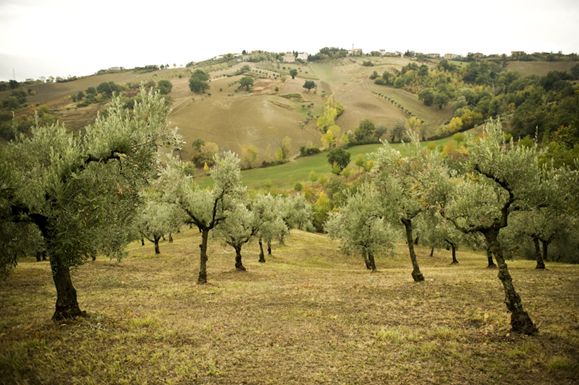 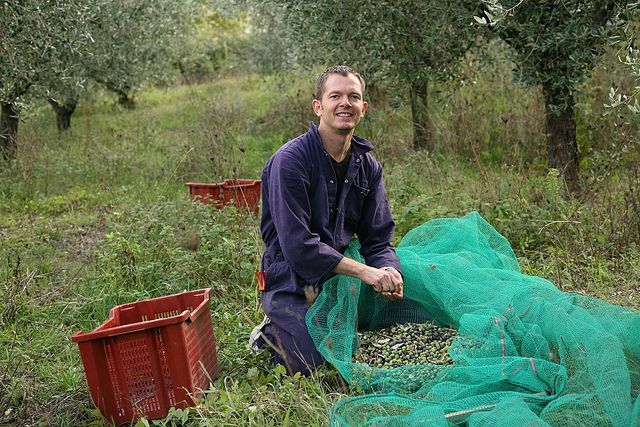 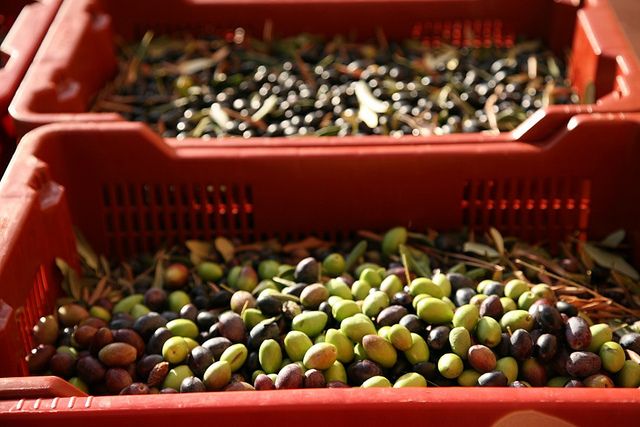 We hand harvest the olives in the day, until it gets dark around 5pm. It’s November and it’s often pretty cold, so we’re happy to stop picking by then, even though it’s always tempting to do "just one more tree." 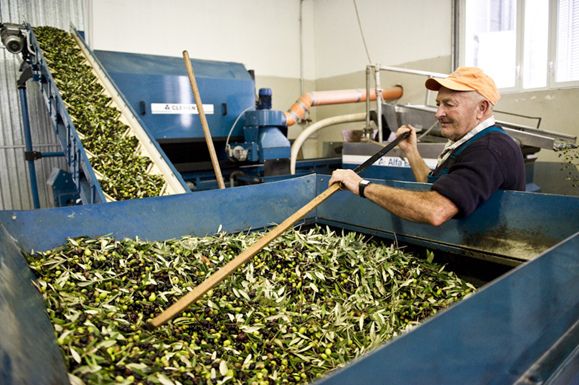 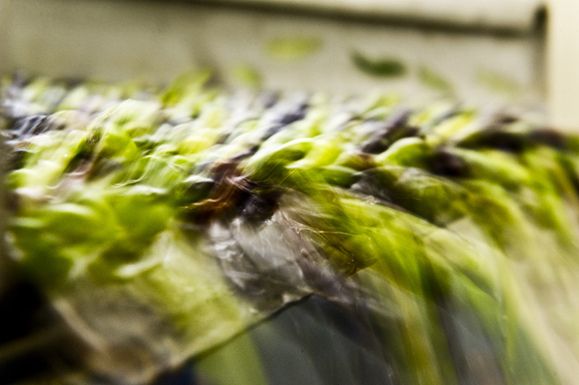 The day is far from over when the picking stops. Next, we drive the olives to the communal press in the local village, where Corrado has sourced the plumpest, juiciest lemons. They’ve been driven up from Sicily through the night and are sitting ready to make new olive friends. It’s usually around 10pm when we start pressing the olives and lemons together. 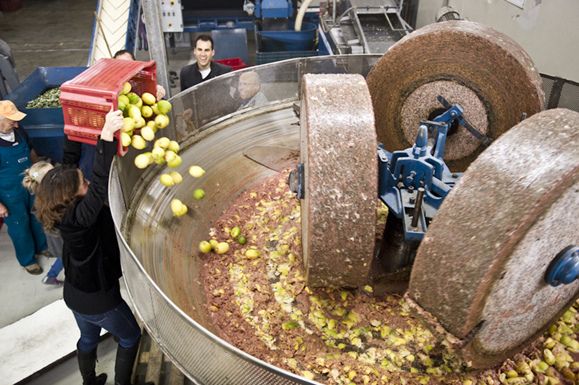 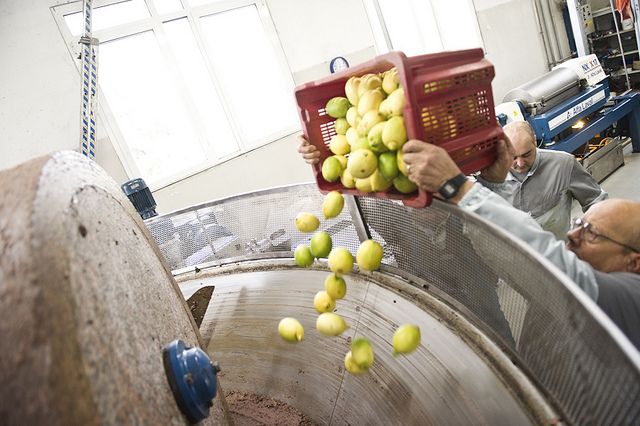 The whole fruit is pressed and the smell of zesty lemons and grassy olives fills the press. Locals often stick their nose round the door and say "Mmmm." The whole fruit -- pith, rind, flesh and pips of both fruit -- contributes to the flavor of the finished oil. We like to say that the olive and lemon flavors become "joined at the pip." 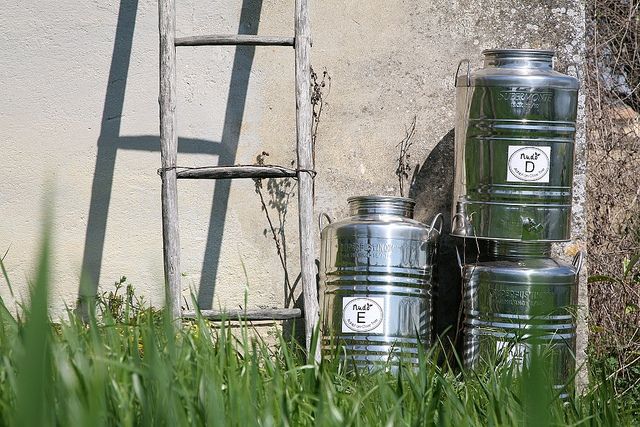 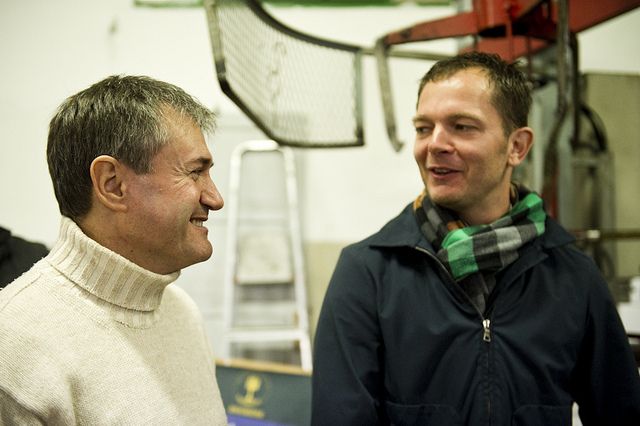 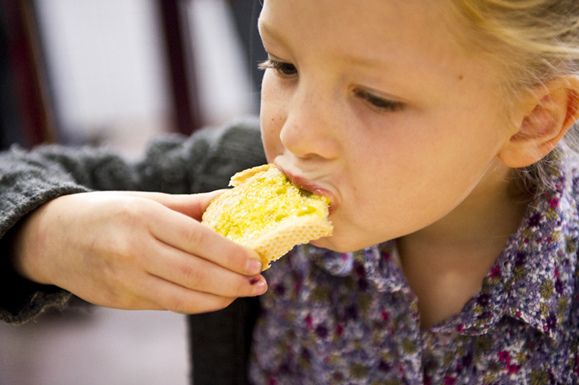 We haven’t always had success with the agrumato method. Last year we spent €3,000 on white truffles, which we crushed together with the olives. We wanted to make truffle oil without the chemicals used by nearly all existing truffle oils. But all the truffle flavor evaporated and none of it went into the olive oil. Quite disappointing, but a lesson learned! 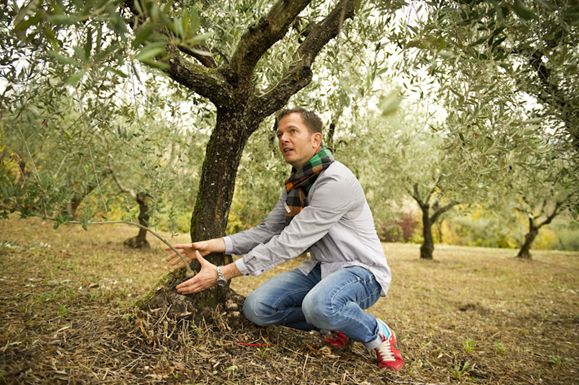 Alongside the flavored olive oils that we make, we also run an olive tree adoption program where you can adopt one of our trees and we send you the oil that your tree produces. You are even invited to come and visit your tree in Italy and give it a hug! In this program we work with 15 other small organic farmers in the region and adopt their trees on their behalf. It means that we can guarantee these farmers a fair income, which allows them to carry on with their traditional farming practices. And, since a shocking 4 out of every 5 bottles of Italian olive oil sold in the US is not what it says on the label, we can guarantee our tree adopters a unique olive oil which is 100% traceable. Down to the very tree that produced it.

mdbrigham July 26, 2012
My sister adopted a Nudo tree for us as a gift a couple years ago and it was awesome.... getting the surprise oils throughout the year....huge fan of the chili pepper one. It's a perfect wedding gift for our foodie friends who might appreciate something different.

theicp July 26, 2012
SO happy to see Nudo featured! I heard of Nudo when I was living in London and would have it shipped to me and then smuggle back home to Texas for my family. Luckily the airport beagles didn't have a nose olive oil!