Today: Eggplant can be a tough sell -- but not if you turn it into dip, says Nicholas. 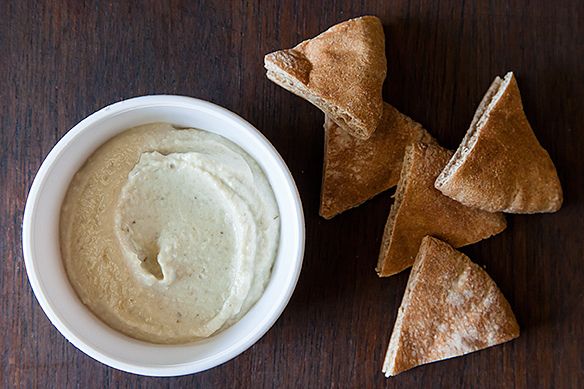 Last time we were here, I talked about kale pesto. Tasty! Healthy! Tolerated by different demographics! Afterward someone tweeted that kale pesto isn’t “a new revelation.”

OK, so: 1) People! I can’t tell you anything if you’re going to tell the whole internet. 2) This is true! Kale pesto isn’t a new revelation. But so much of cooking for children is about making the old revelations look, well, less old: part of the appeal of kale pesto is that it isn’t basil pesto.

Look, if you’re stuck rearranging the deck chairs on the Titanic, you may as well give yourself a different view.

Of course, there are genuinely new ideas out there. But in the spirit of old revelations, today we revisit baba ganoush, which is, like pesto, a mysteriously kid-friendly dish. (And hummus, of course. Did all the fetuses get together in the womb and decide to eat hummus?) Baba ganoush is wonderful but it calls out for the kale pesto treatment. It calls out to be made into borani-e bademjan. 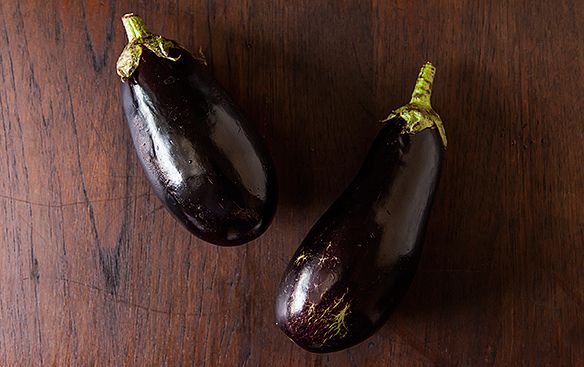 Eggplant can be a hard sell. It can be a hard sell to adults even. But to children, it is especially cruel: it is a bait-and-switch vegetable, promising eggs—a universal favorite—and then totally failing to deliver. I once told Isaiah an ugly ducking bedtime story about an eggplant in a chicken coop who only realizes his true nature when he gets to the grocery store. (It went over OK. I think my carrot-who-discovers-he’s-a-parsnip variation was more successful.)

But eggplant transmogrified into non-eggplant form is something else entirely. This is the secret of baba ganoush, of course. It isn’t eggplant; it is dip. And since children are inexorably driven to dip everything, you may as well exploit it.

Borani-e bademjan, which is Persian, is essentially eggplant plus yogurt. My version is borrowed from Claudia Roden’s masterwork. You roast or broil eggplants until this side of incinerated, and then you scoop, mash and mix: copious yogurt, lemon, garlic (but see below). Mint and parsley, if you have it. Saffron, if you’re feeling all fancy and childless. 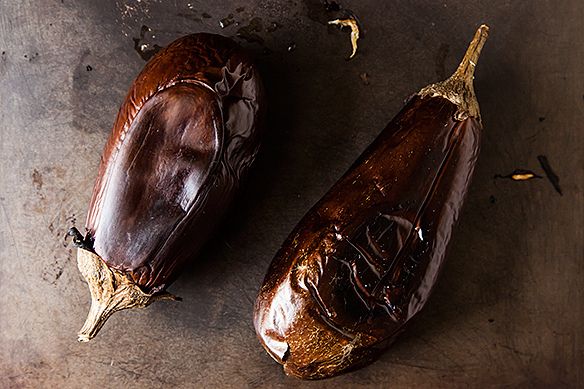 A word about garlic: in this recipe, you may want to lower it to barely perceptible quantities. As with tzatziki, as with a semi going downhill, the garlic here starts slowly and gains unstoppable momentum.

We eat this in gloriously inauthentic style—as a snack with bread, of any sort, torn apart. If you’re feeling cocky, put out some raw vegetables.

Serves 6 (as an appetizer)

TXExpatInBKK August 30, 2012
"Fancy and childless", haha! You made me giggle out loud... this sounds fabulous and I've just added eggplant to my grocery list.

lastnightsdinner August 30, 2012
This sounds awesome. My 11-month old has just started eating eggplant, and has loved it in every form so far, but I'm going to tuck this recipe away for the inevitable future picky phase :)