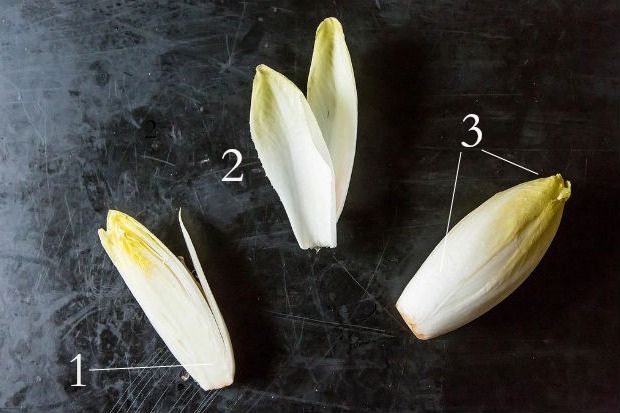 Endive is one of the classiest vegetables we know, with a fussy reputation well-earned -- after all, how many vegetables do you know that need to be grown twice before harvesting? It's a bit of a diva, yes, but that doesn’t mean it shouldn’t earn a spot in your kitchen. 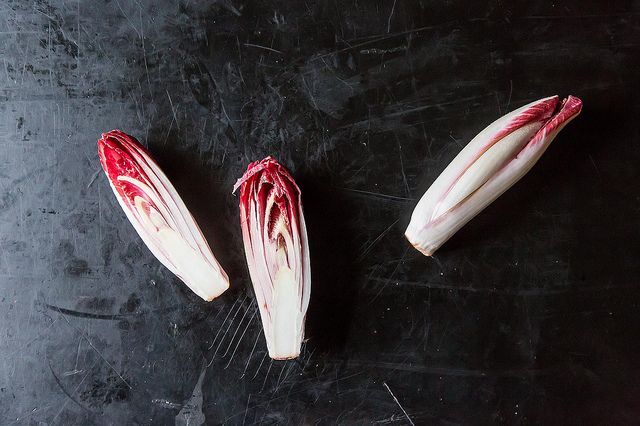 A Vegetable with an Alias
Endive is also known as Belgian endive, French endive, chicon, or witloof (“white leaf”) chicory. We’re most familiar with the first name because endive was accidentally “discovered” near Brussels. As legend has it, a farmer left chicory roots unattended in his cellar, and months later was surprised to discover that they had sprouted tasty white leaves. A new vegetable was born!

We tend to think of chicory as a coffee substitute, or a wildflower, but chicory is also the source for endive. And escarole, curly endive, and frisée -- those are all versions of endive too (though different species). As the Belgian farmer learned, growing endive starts with growing chicory. After harvesting the chicory roots and discarding its leafy foliage, the roots prepare for their second growth.

When it comes to pronouncing endive, there's actually a science. (Who knew?) Endive pronounced "n-dive" refers to the green leafy members of the family like escarole and frisée. Endive pronounced "on-deev" is what we’re talking about today. Go forth and safely sound slightly pretentious! 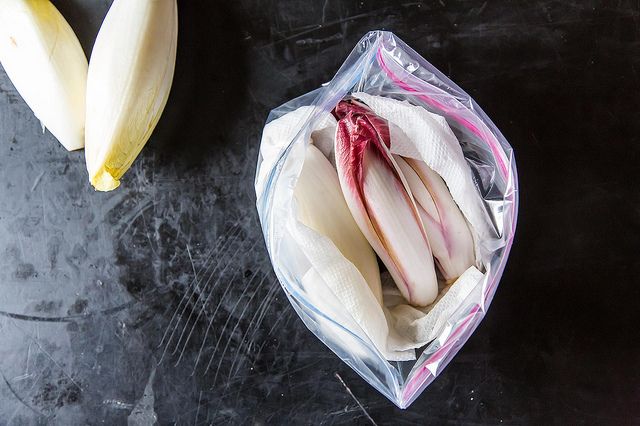 What to Look For and How to Store Endive
Select endive spears that are firm, tightly closed, and feel heavy for their size. And their pale color isn’t maintained just for appearances -- the whiter the leaves, the less bitter the endive. Avoid endive spears that are open with leaves curling back, or any with visibly damaged or wilting leaves. In terms of color, you have a choice: endive comes in red or white, the former being a cross between white endive and a variety of radicchio.

Always store spears in the refrigerator -- simply wrap in paper towels and then place them in a plastic bag. Ideally you’ll want to use the endive within a day or two, though it can keep for up to five. 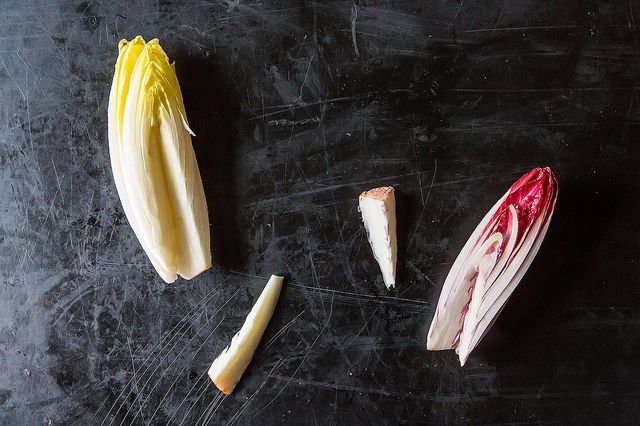 How to Prep and Use Endive
Your endive will almost certainly have enjoyed pampered indoor growing conditions, so there’s no need to vigorously wash or soak it, and doing so will actually increase the bitterness. Just remove any outer leaves that are ripped or bruised and trim the base of the spear. If you’re using it raw, you’ll probably want to remove the bitter core. If you’re cooking the endive, leave it -- the core will sweeten with cooking.

For its seeming reputation, endive is actually quite versatile -- it’s even a recommended first food for French babies! When used raw, endive’s crunchy spoon-shaped leaves are just asking to be dipped (perhaps in guac?) or stuffed. Try endive chopped and in a salad, then baked, grilled, or caramelized in soup.

And this is just the tip of the leaf. What’s your favorite use for endive?

mainecoon March 22, 2013
Thank you so much for the pronunciation key. I have always wondered, never knew, and hated to commit. Even reluctant to tell guests what they were eating in their salad. Now, no fear!
Author Comment

Rachel S. March 18, 2013
Mmmm, endives are wonderful with rich toppings that cut their bitterness. I find I always need to buy more than I think I'll need so I have enough large leaves for filling. Here's my favorite easy yet sophisticated endive appetizer! http://foodrefuge.blogspot.com/2012/10/endive-with-goat-cheese-citrus-and.html

mngirlinnorcal March 16, 2013
I have seared then braised endive with some white wine and broth. It becomes so tender and yet maintains it's unique flavor.

Zozo March 16, 2013
Interesting, you learn something new every day! Always thought you could just grow it like any other sort of lettuce or cabbage.