Today: A classic Norwegian dessert gets reworked for breakfast. 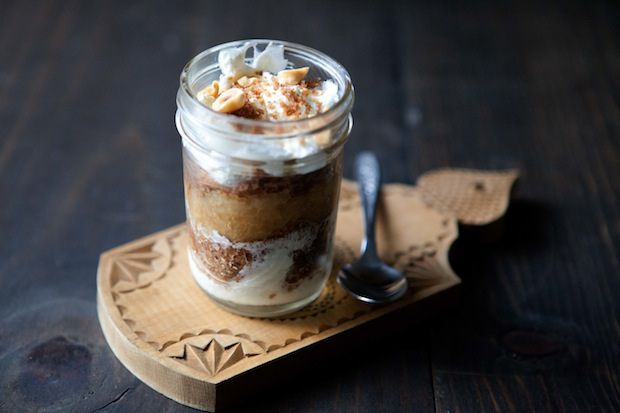 There’s a Norwegian dessert called “veiled farmgirls.” It belongs to the trifle or parfait family of desserts -- homemade applesauce layered with billows of whipped cream and toasted cinnamon breadcrumbs. It’s simple and delicious. And, it has some lore in our family because my mother, in addition to the standard tales of walking to school barefoot in the snow uphill both ways, would shame us kids with stories of how they never ever got to eat dessert except on birthdays and the most important holidays. The one time when her mom decided to make veiled farmgirls on just an ordinary day it was soooo unbelievably exciting and was going to be such a treat. But, when they took their first bites they discovered, to their horror, that my grandmother had accidentally used salt instead of sugar, and the dessert was inedible. I still feel terrible on my mother’s behalf when I think about this soul-crushing experience.

I wish I had more willpower, but I can’t say I limit my dessert making to only birthdays and the most important holidays. Nor do I have too many scruples about eating veiled farmgirls in its traditional form for breakfast. But, I guess I do have a scruple now and then because the other day when I was craving it, I decided to try to make a slightly less dessert-y version with the simple swap of yogurt for the whipped cream. It made for a different and quite excellent breakfast. Of course, you can also make it with the traditional whipped cream and still eat it for breakfast. It’s been done before. 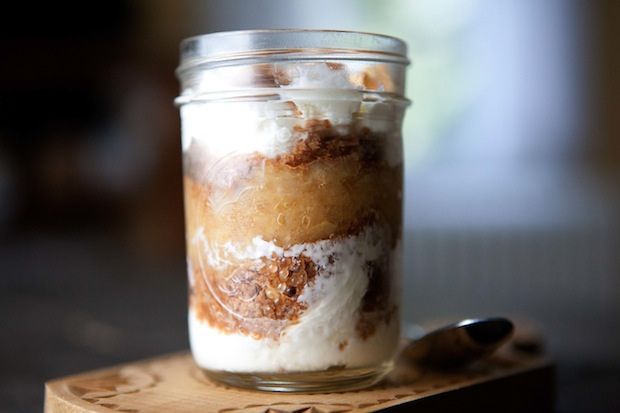 beth Y. October 10, 2013
This looks and sounds delicious! I will certainly use up some of my apples and give this a go!