This week: Nicholas tells a Cinderella story -- the ugliest squash in the pumpkin patch may be the best one of them all. 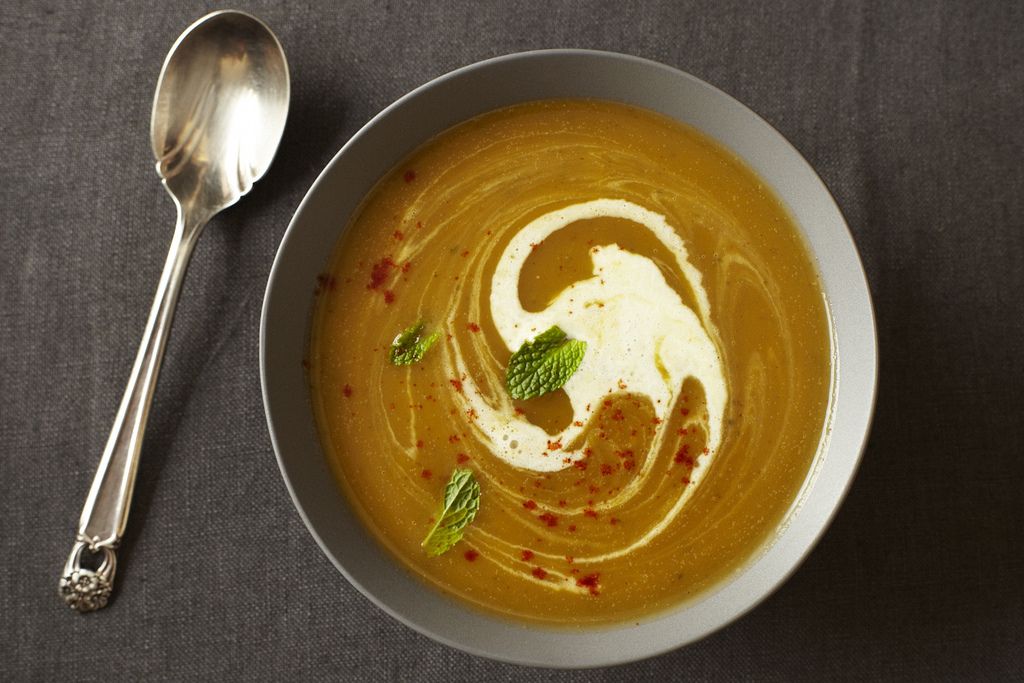 A few weeks ago, we -- me, my wife, and a couple of raggedy kids we picked up in the living room -- went apple-picking at an orchard that also grows a wondrous array of pumpkins. These were bizarrely shaped and shaded varieties, tricked-out carriages for a future Baz Luhrmann production of Cinderella. Hidden among them was a small pile of suspiciously ordinary heirlooms; these looked like they’d survived on taste, not looks. Their sign read: Judged the best pumpkin for pie in a blind taste-test!

It was only later that I thought to ask about the identity of the other competitors.

Michael Lewis has said that parenthood makes you into a wimp. It also makes you into a sucker. Before children, I never would have bought a pie pumpkin. I know that canned pumpkin comes from butternut squash; I know that pie pumpkin is a class-action lawsuit in the making. (Have you tried to make pie from a pie pumpkin? Call now!) After children, I thought: Why yes! Pie from an actual pumpkin! On such an archetypal autumn day, what else would a person do? And what a helpful sign to suggest doing so!

We roasted it the next day for pie. It tasted like water, but with more texture.

We had banana ice cream for dessert. 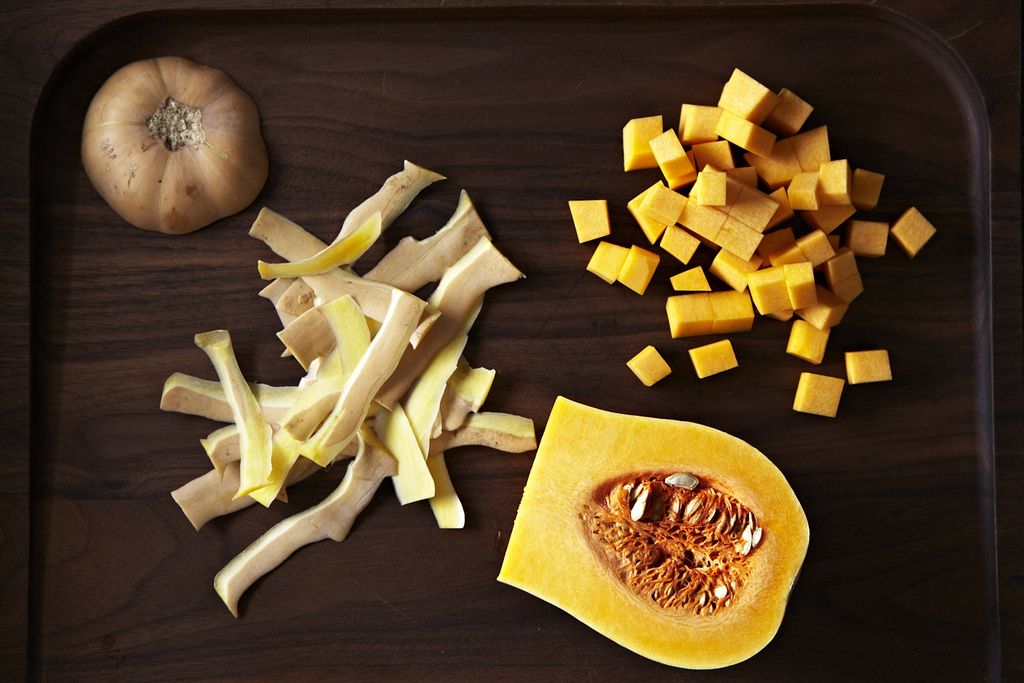 But squash that doesn’t look like a Halloween pumpkin does taste really good, I went on. We should make pie with that!

Isaiah agreed. At least I think he agreed. I’m not sure he was paying complete attention.

But I am sure he thinks squash tastes really good. (The distinction between pumpkins and squash isn’t botanically meaningful.) There were slices of roasted Buttercup at dinner the other day and he called it “orange butter” and said things like, “Dada, I am surprised you are letting me eat just butter for dinner!” And he was right: the Buttercup did taste a little like orange butter. The week before we’d had slices of roasted Red Kuri, which tasted a little like chestnut butter. There’s been an explosion in the availability of winter squash varieties, and they are almost all wonderful, even when they don’t taste like butter. Deborah Madison, in her extremely useful Vegetable Literacy, has a cheat sheet of the dozen-plus varieties you are most likely to see. But her recipe for winter squash soup with mint and red chile -- see below -- will be warming and autumnal and remorse-free with any of these varieties, all of which do not taste like water but with more texture. 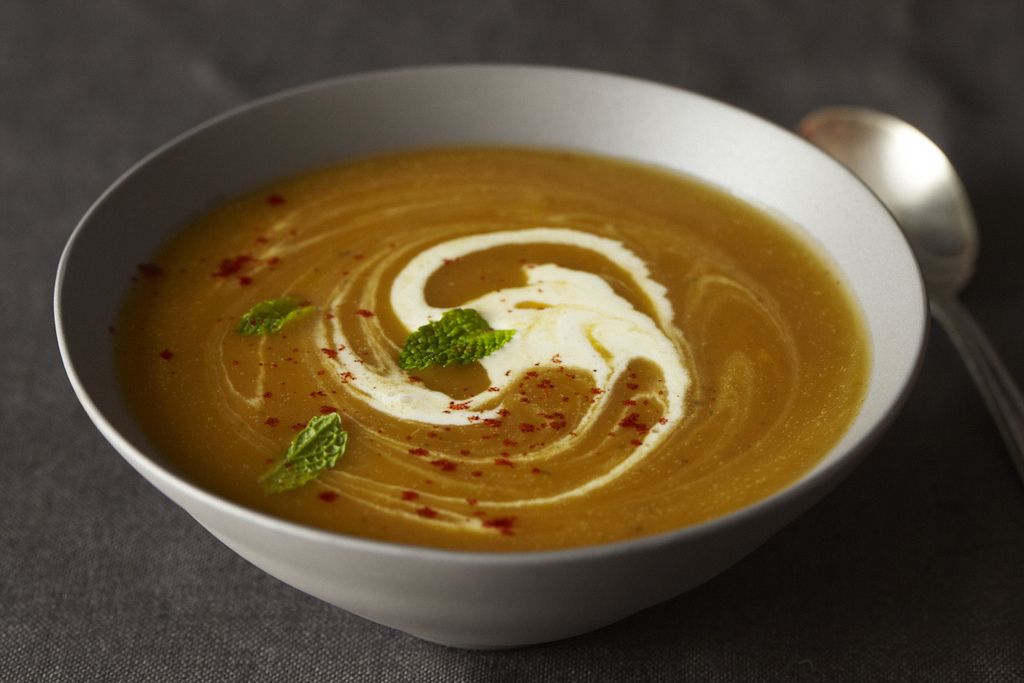 Somewhat quixotically, and in a transparent attempt to ruin Halloween for my children forever, I then wondered: With such a wealth of heirloom squash, forget not just making pie out of Halloween pumpkins. Why even carve Halloween pumpkins? Is it too much to ask that the plant we carve on Halloween we can also eat?

Unfortunately, the Blue Hubbard was bred for storage, and it is built like a fortress. The most common way to open a Blue Hubbard is to drop it. Sometimes several times. Sometimes from the top of the basement stairs. This suggests that trying to carve a Blue Hubbard would be a deeply flawed idea, the flaws of which you would have time to enumerate while sitting in the emergency room.

But quixotic parental enthusiasms, as any child knows, do not fade easily. If you have carved and eaten any winter squash, and you also have the fine motor control of someone who carries band-aids around in his wallet, I want to know about it. I still have a week.

Lon L. November 9, 2013
I've never had or grown Pattypan squash, but I might give it a shot now! This article lists a lot of the names that pattypan is also known by. http://en.wikipedia.org/wiki/Pattypan_squash

Fairmount_market October 25, 2013
We have some hugely overgrown pattypan squash the size of pumpkins that I think would be perfect for carving for Halloween followed by stuffing for dinner, but my daughter has grown extremely attached to these gourds and is vehemently opposed to their consumption (but not to gutting and piercing them with sharp objects in the interest of decoration). I have Madiosn's new cookbook and look forward to trying this recipe.

carole G. November 3, 2013
I have been mystified about what happened to 'pattypan' squash as no one in my neck of the woods has heard of it. I loved it as a kid. Do you know what other name this variety this may also be known?