Today: The holiday drink of all holiday drinks -- minus the preservatives and the long ingredient list, plus the booze. 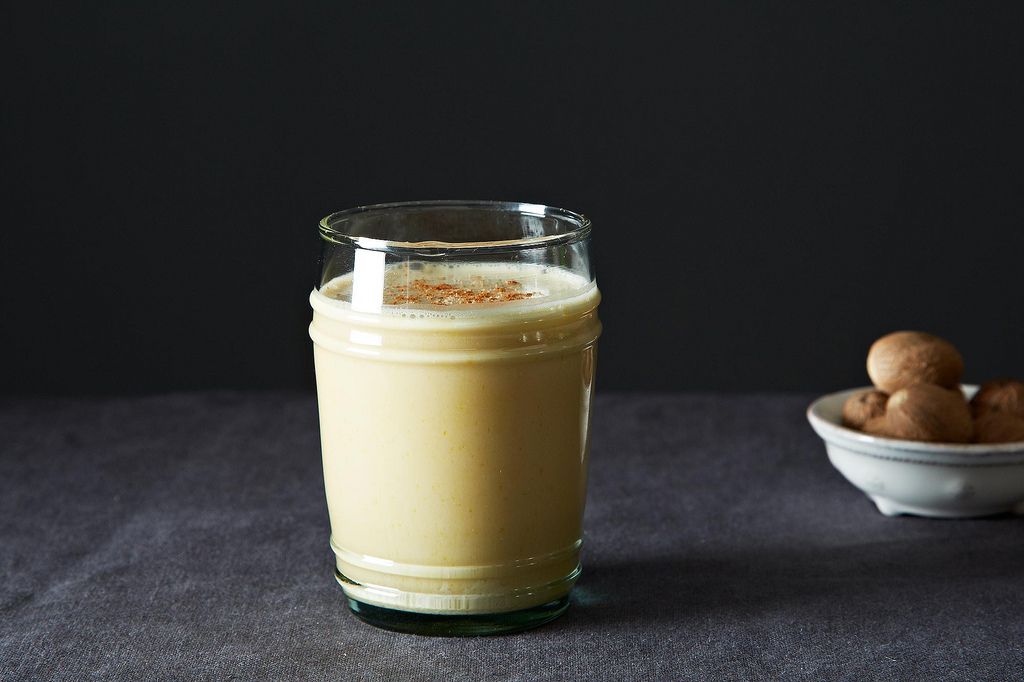 I thought I hated eggnog. I can clearly remember my eight-year-old self walking down the dairy aisle in the grocery store and being absolutely baffled that anyone would buy that electric yellow, glutinous liquid with a list of ingredients as long as your arm, holiday spirit or no. It didn’t help that I grew up drinking a Puerto Rican version of eggnog made even more delicious with coconut and sweetened condensed milk, but really I like to think I could just spot a phony: According to the FDA, store-bought eggnog can contain as little as 1% egg yolk solids, which in a drink that owes half its name to the egg makes you wonder about the other 99%. Occupy eggnog!

My incredulity disappeared the day I tried my first flip: Rich, creamy, silky, and boozy, this is exactly what eggnog is supposed to taste like. While drinks that use egg white, like classic fizzes and traditional sours, have a light and frothy profile, flips use either the whole egg or the yolk specifically, giving them a rich and silky texture by adding fat to the cocktail. 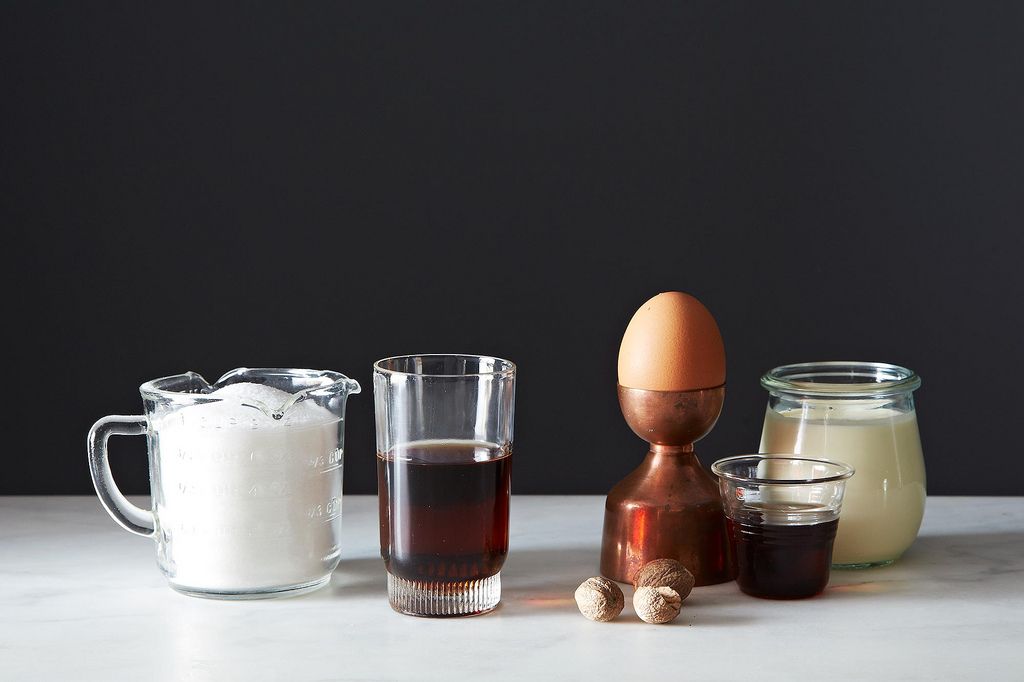 Like many of the best cocktails, the origins of the word eggnog are lost to the booze-soaked, addled pages of history, but the two theories thrown around most often attribute it to a contraction of either ‘egg n’ grog’, meaning egg and rum, or to the small wooden cup it was traditionally served in, called a noggin.

You can spike your nog with anything you like -- rum, bourbon, and brandy are the most common. If you use rum, pick out a nice funky Jamaican rum like Smith & Cross. For bourbon use a soft and fruity bourbon like Buffalo Trace. The traditional garnish is nutmeg, though I find adding a bit of cinnamon does no harm at all -- just avoid committing the sin of using pre-ground spices (I understand it’s a hate crime in civilized countries) and have a small spice grater and an actual nutmeg and cinnamon stick handy.

This recipe is for a single glass of eggnog, but feel free to batch it up for a party, though you might want to invest in an immersion blender to give your shaking arm a rest if you’re serving for more than a couple of guests.

PaynefulPleasures December 19, 2020
My biggest addiction EGGNOG love it thank you for sharing this recipe I'm on it adding this to my cheesecake recipe like I do with traditional eggnog will definitely be the wow factor thank you 🤗😘🎅⛄🥂

S. R. October 28, 2014
I LOOOOOOVE eggnog!! I believe this is probably the easiest and most straightforward receipe I have ever had the pleasure of trying. LOVE LOVE LOVE IT!! The Puerto Rican version sounds tastey too...