The 2014 Piglet was full of upsets and close calls, talk of cheffity-chef manifestoes and Robert Downey Jr. comparisons. After weeks of baited breath and speculation, the verdict was handed down -- at long last, we had ourselves a winner. If ever there was a better cause for celebration, we don't know what it is.

In keeping with tradition, we threw a party. And a darn good party it was -- one day later, we're already nostalgic. Here's how it all went down. 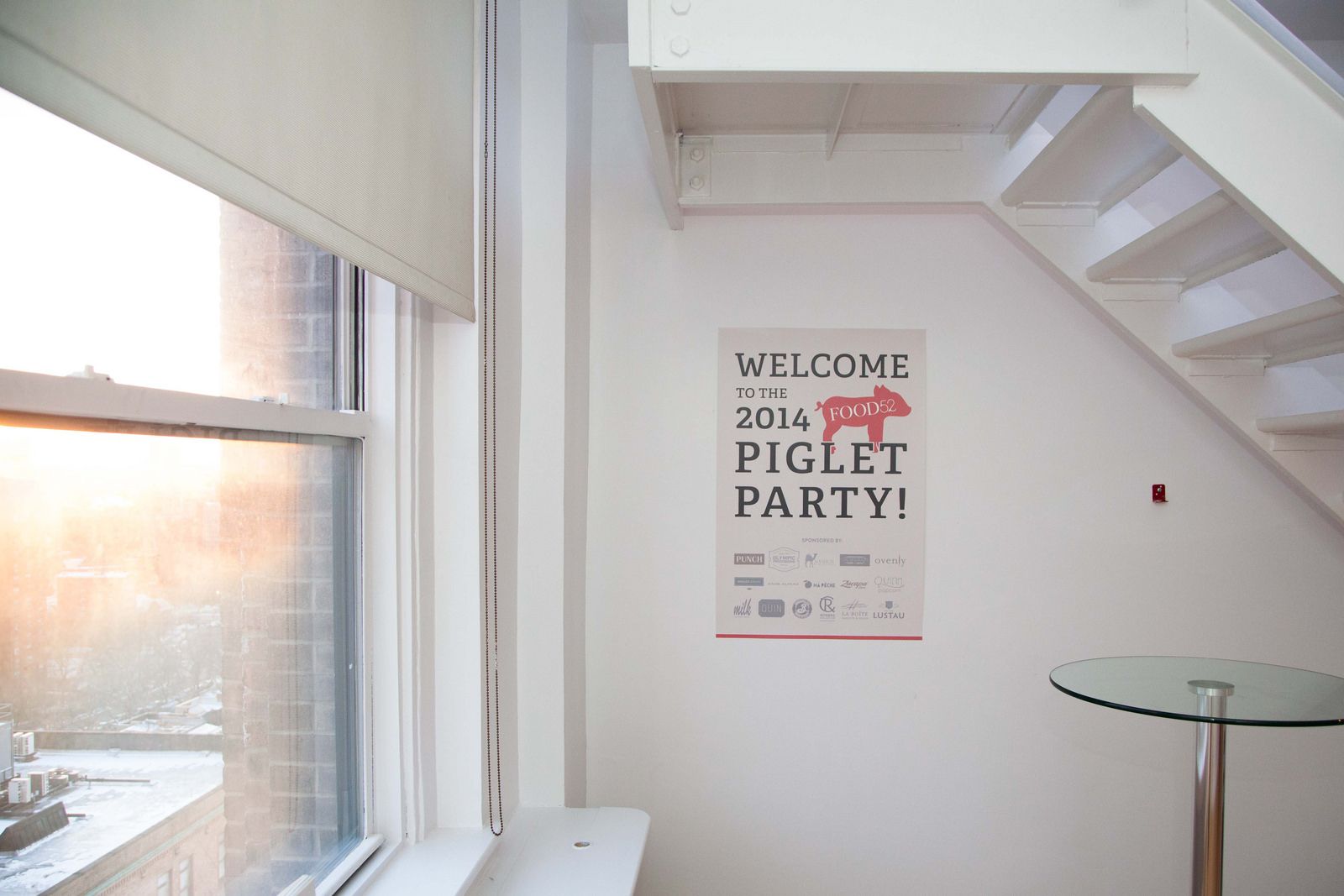 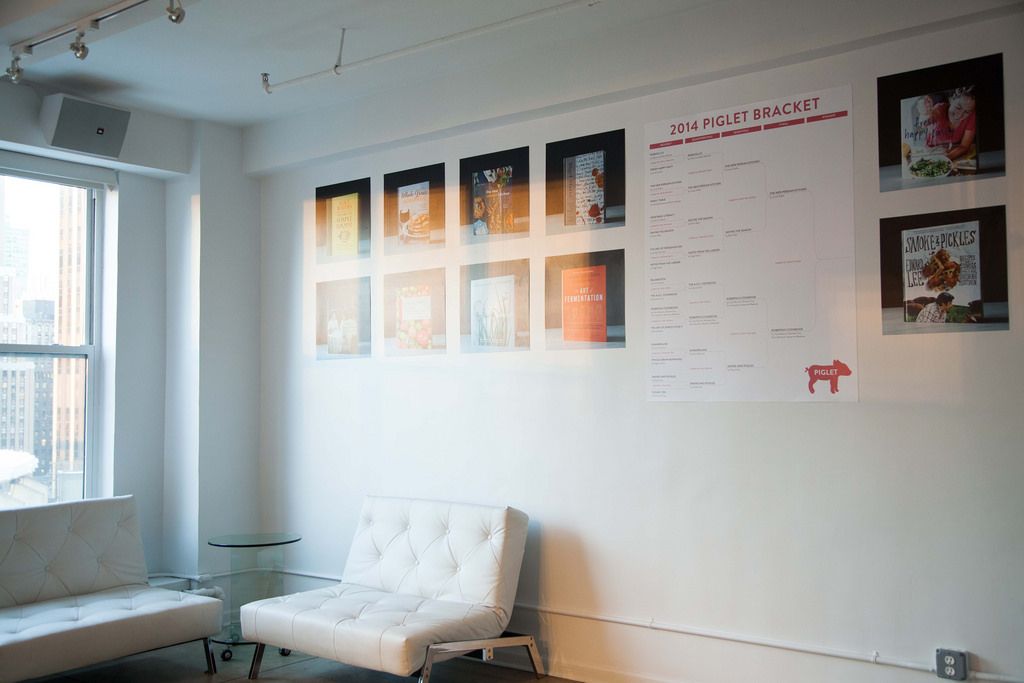 We set up shop at Top of the Garden, our upstairs neighbors, for the prettiest Piglet party yet -- replete with huge windows to let in the city lights and plenty of space to mingle. With the doors flung open and the punch bowls filled, the room filled up quickly. 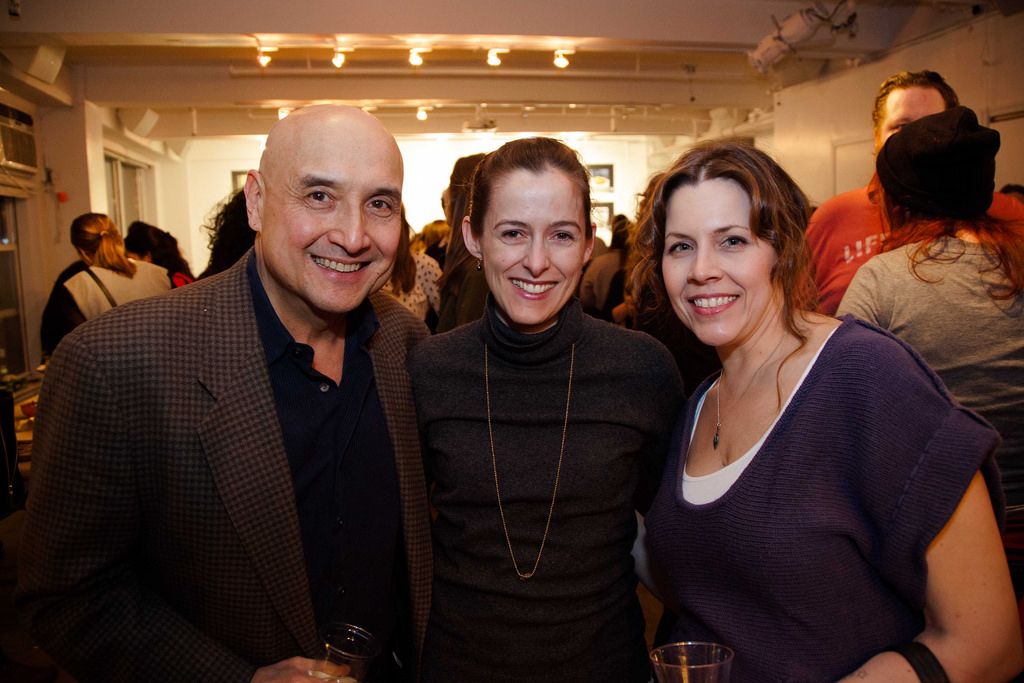 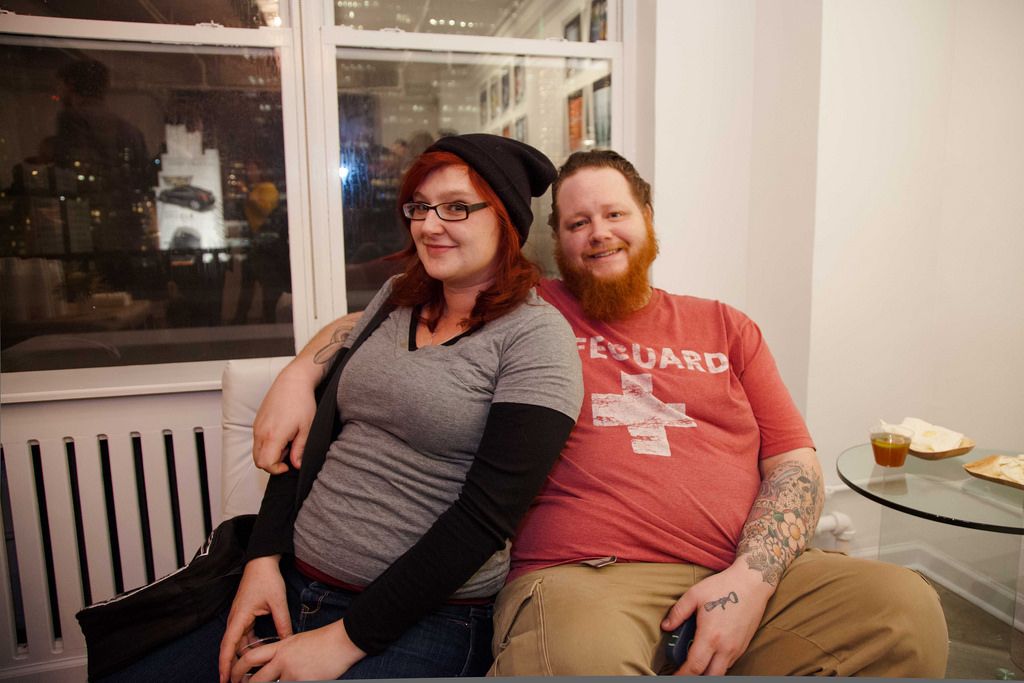 The best kind of party is one where you want to talk to every person in the room. This one fit the bill, and we whiled away the evening catching up with lots of friends, including Jennie of Homemade with Love and the ever-hilarious Allison and Matt Robicelli. 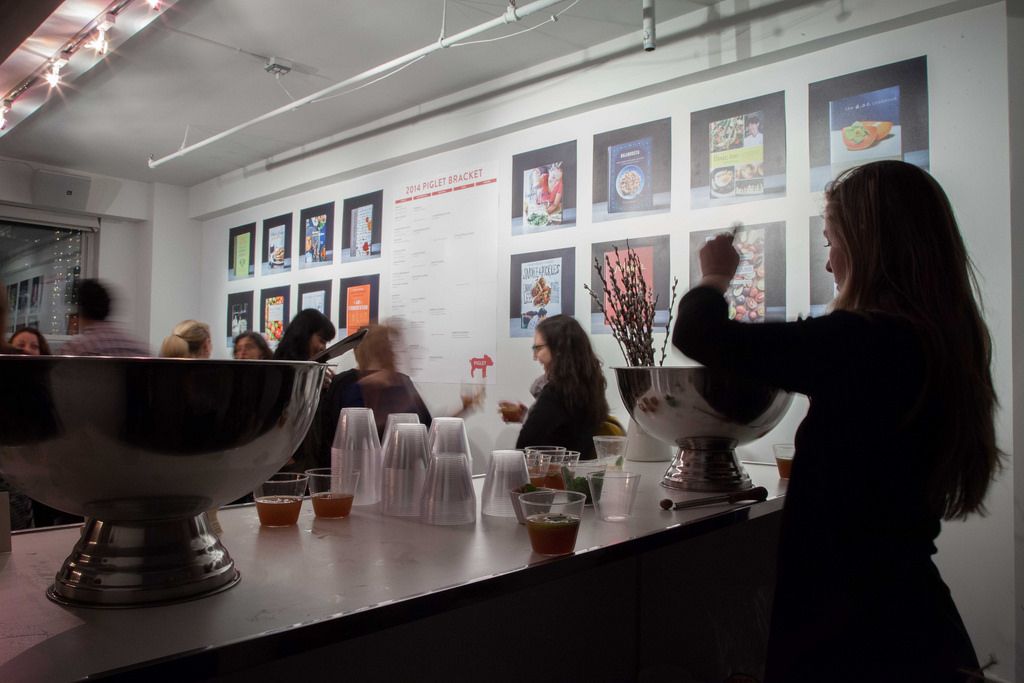 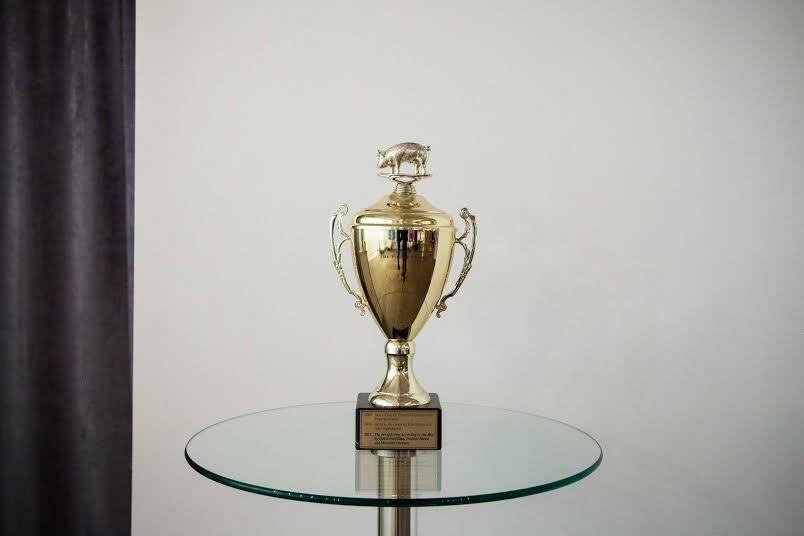 Punch was a-flowing from our friends at PUNCH, and we poured ourselves a glass (or two!) as nervous anticipation built. Who will take home the prize? Clusters of people made their bets, wagering that Roberta's Cookbook had a kickass narrative or that The New Persian Kitchen had photos as stunning as its recipes. 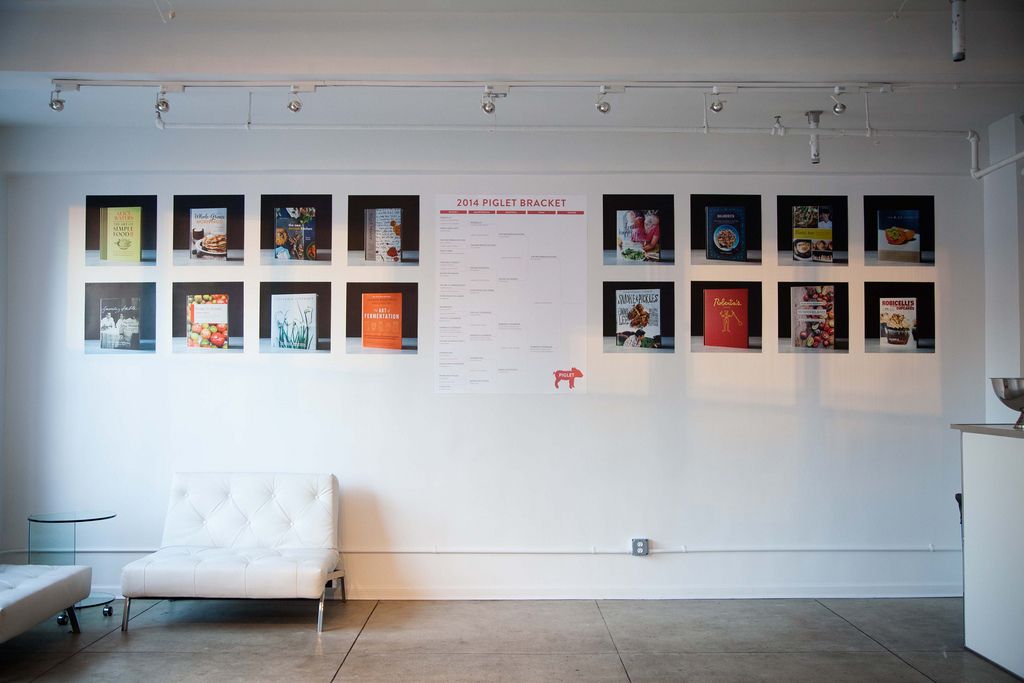 One thing's for certain: It was a doozy of a year for cookbooks. The crowd agreed that we'd gladly take any of the 16 contestants, and after weeks of Internet discussion, we were glad to thumb through hard copies of the books, thanks to Posman Books. 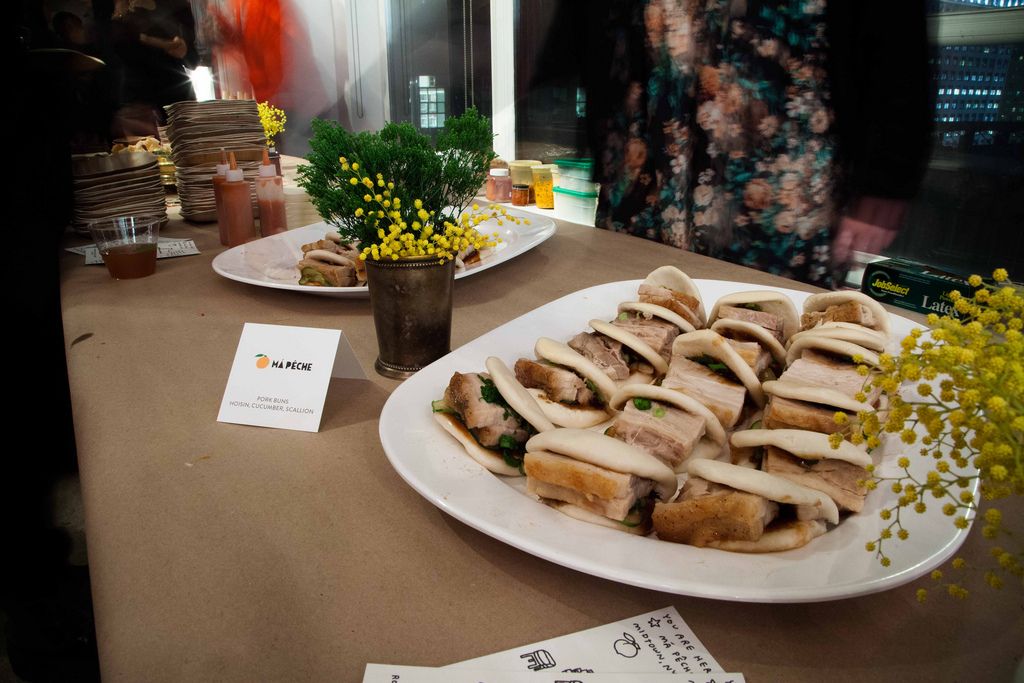 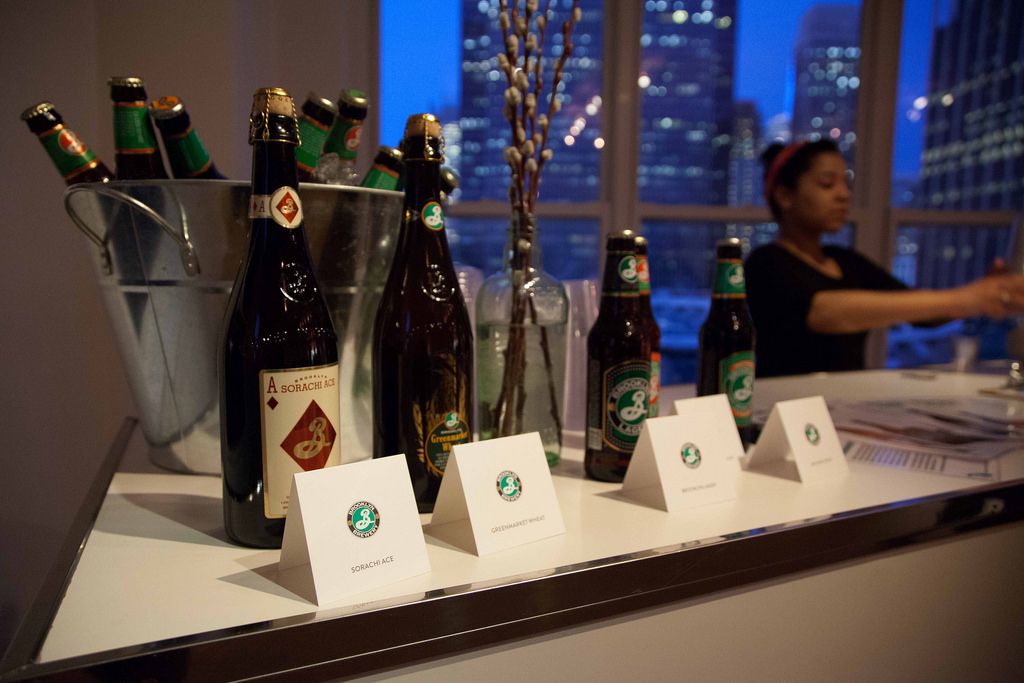 Nobody went hungry, and in true Piglet form, we filled up on pork buns from Momofuku, bread and cheese from Breads Bakery and the Rogers Collection, finocchiona from Olympic Provisions, and popcorn from Quinn. When it was time for something sweet, there were towers of cake truffles from Momofuku Milk Bar, cookies from Ovenly, and candies from Quin. We may or may not have made off with a couple of cake truffles for later when we ran out of stomach space. 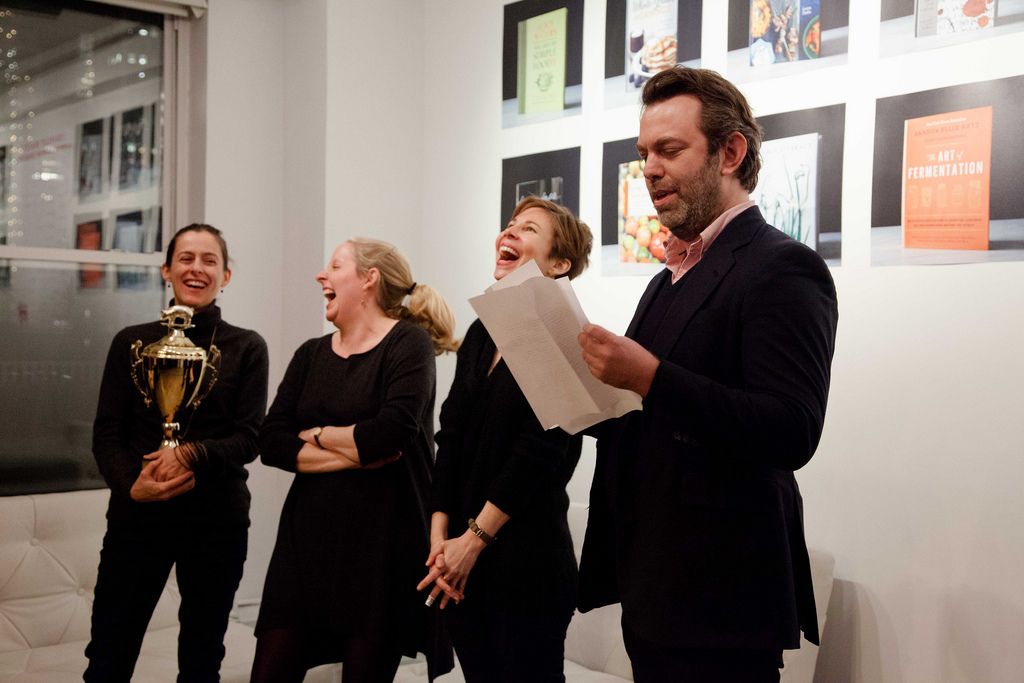 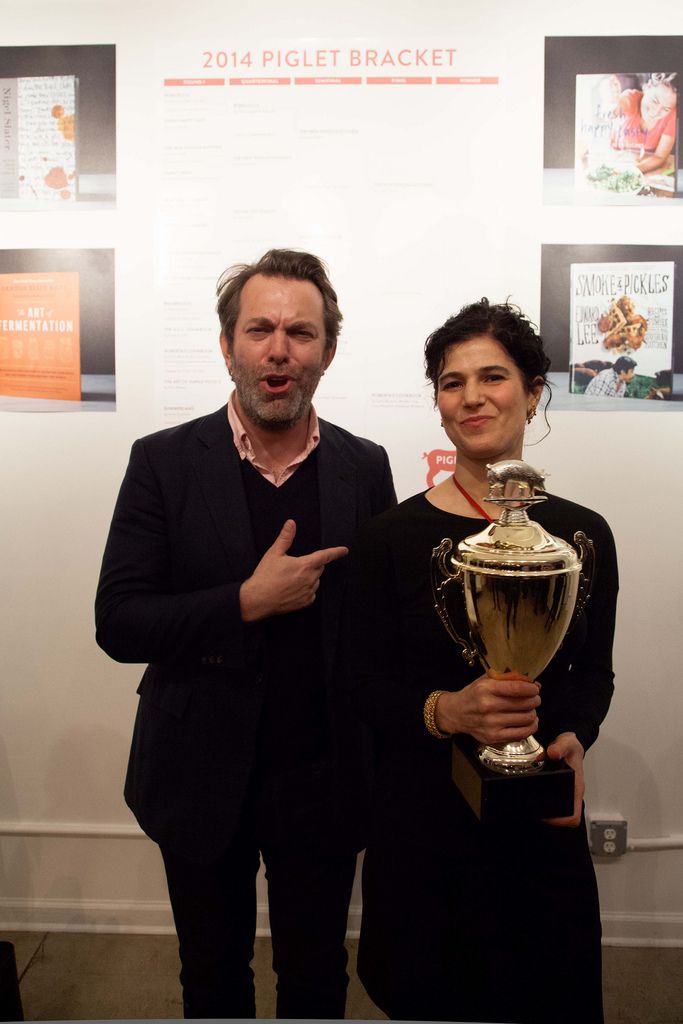 Finally, the moment we'd all been waiting for: Adam Sachs, our trusty emcee, stole the show and had the whole room laughing. He said he thought all 16 books should win, but alas, there was only one trophy, and it went to the lovely Louisa Shafia, who said the prize had given her book new life. 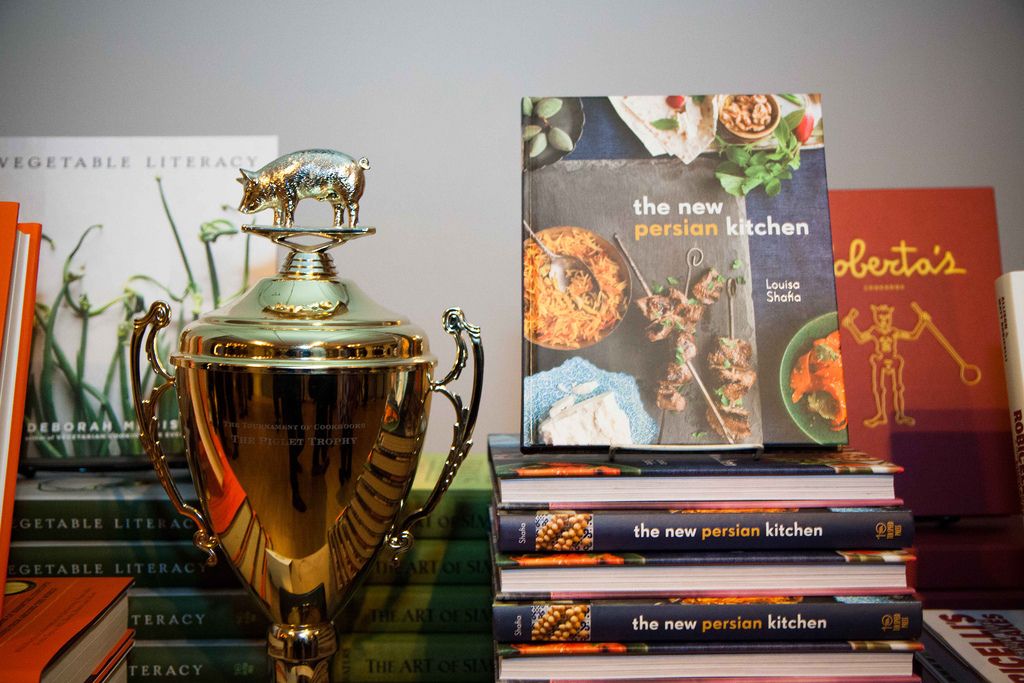 With stomachs full and our wishlists crowded with new cookbooks to lust over, it was time to call it a night. Until next year, Pigletfolk, and one million thanks to our sponsors, guests, and everyone else who helped make it happen. It's been a great run.

aargersi March 5, 2014
What fun! Love the cookbook ... have you announced the winners of the drawings (from each judgment)?

Kenzi W. March 5, 2014
There won't be an announcement, but we're reaching out to winners personally in the next week! Books from the first week of judgments have already shipped to winners. :)

paseo March 4, 2014
A wonderful book and a well deserved win