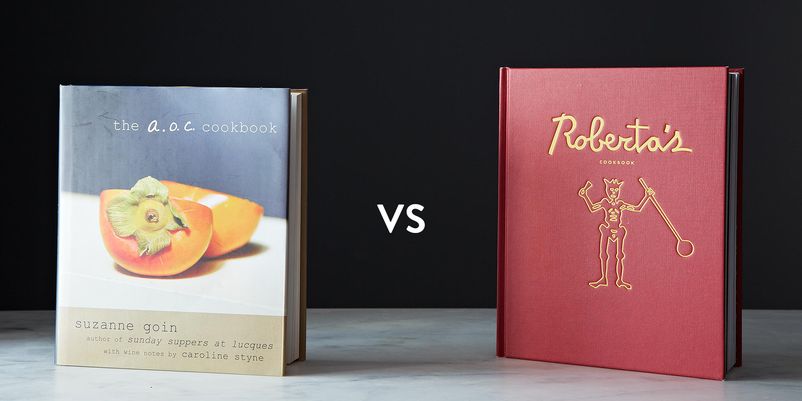 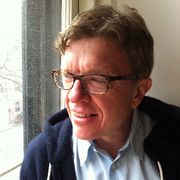 Tad Friend, a longtime staff writer for The New Yorker, writes the magazine’s “Letter from California.” Knowledgeable about nothing in particular, but curious about anyone who’s passionate or obsessive, he’s had his work republished in The Best Technology Writing, The Best American Travel Writing, The Best American Sports Writing, and The Best American Crime Reporting. He is also the author of the memoir Cheerful Money: Me, My Family, and the Last Days of Wasp Splendor. He lives in Brooklyn with his wife, Amanda Hesser, and their twins.

A cookbook is like a houseguest. Okay, it’s not exactly like a houseguest -- you don’t have to put out special towels before you take one on -- but the standards are the same. You only want to invite a cookbook to stay for a while if the experience will be a pleasure. You don’t want it to tax you, keeping you up late at night with its neediness about small temperature adjustments or driving you mad with boredom at every meal. It should make life feel larger, not smaller.

So taking on Roberta’s Cookbook seems like inviting Robert Downey, Jr. to crash on your sofa. Not modern-day Robert Downey, Jr., but the nineties version: naked-and-hallucinating-at-the-wheel-of-his-Porsche Robert Downey, Jr. Roberta’s, in the hipsteriest part of hipstery Bushwick, is renowned for its wood-fired pizza and sketchy, loopy, DIY vibe. The book’s four authors -- who somehow manage to speak in one riveting voice -- explain that since they homesteaded the place, in 2007, they’ve never suffered for a lack of input:

The book’s snapshots of life backstage, in the kitchen and backyard, are raw and strange and the recipes likewise -- spectacularly tasty and spectacularly odd. Some are so simple they’re barely techniques: their “Cheeseburger” is cooked exactly the way you probably already do it, with the addition of this miniscule pro tip: Put a little canola oil in the pan beforehand and then wipe it out with a paper towel. Oh -- and you do have to lay your hands on a pound and a half of ground beef that’s both dry-aged and only 20% fat. Sourcing, for even their briefest recipes, will take you far beyond your local farmers market in a quest for miner’s lettuce, sorrel, wild trout roe, nasturtium leaves, spigarello, lovage, Poulet Rouge, Japanese turnips, and ‘nduja, just for starters.

It’s not always worth it. When I went to the trouble of finding bottarga and building a catacomb of kosher salt and beaten egg whites in which to salt-roast beets (which are served with the bottarga, watercress, and crème fraîche), the baroque technique didn’t add much. Plus, I had to buy an autoclave to scour the salt out of our roasting pan.

But I was drawn to such projects because the authors are so eager for readers to give them a try. Who can resist trying a parsley cake that arose from “the wish to make something green -- a dessert that really tasted and looked like it came from the garden”? The cake is a bit of a time-suck, as it requires you to make a kind of pesto and combine it with cake batter in a mixer, then refrigerate the results overnight. But though the cake resembles pond scum, it tastes like a sweet meadow.

At its best, the book excels at balancing flavors. The roasted carrots with smoked ricotta and watermelon radish looks like Pop Art on a plate and goes down like an appetizer from the Garden of Eden (the original one, not the crappy grocery chain). And while the Roasted Garlic Dressing is a fair amount of work for a dressing, calling for both fresh and roasted garlic and four kinds of acidity, it’s so tangy and perfectly weighted you could almost spoon it over waffles. Some of the people photographed in this book probably have. I’ve made the dressing several times, doubling it so it lasts the week, and I find myself flipping through the book just to think about cuttlefish, in an abstract sort of way, or to laugh at the mud-wrestling photo.

Suzanne Goin’s The A.O.C. Cookbook, by contrast, is the Anne Hathaway of houseguests. The bed will be made with hospital corners, the conversation will be polite and erudite, and she’ll leave behind a vase of fresh posies. It’s just what you’d expect if you’ve ever been to Goin’s tasteful, small-plates restaurant in Los Angeles, which excels at morsels -- such as sweet pea pancakes with Dungeness crab and red onion crème fraîche -- that make your eyebrows dance. The book, arranged by season, is well thought out and photographed in the prevailing soft-core food-porn style where the items on the back of the plate are artily out of focus.

So I was eager to dive in. Her Avocado Dressing was creamy and avacodoey, if not quite something I longed to make again. And the Farro and Black Rice with Mustard Greens, Currants, and Pine Nuts was a coherent yet surprising compendium of crunchy opposites. (Also, the leftovers would supply you and your dog team for the Iditarod.) But there are about fourteen components, and the cooking times on all of them were way off. Not just a little off, because I had a beer or two and forgot to set the timer -- and by “I” I mean my wife -- but the kind of whoppers that shake your confidence.

And then, strangely, I couldn’t find much else I was eager to make. Everything seemed to involve a lot of chilling and cooling and air-drying and blanching one component while another was braising in some complex way that was almost certainly incredibly tasty, but that didn’t sound like a whole lot of fun. An air of duty hangs over the handsome enterprise: Goin’s duty to her publishers, and ours to her expectations. “This is not the easiest cookbook you will ever use,” she writes. “I feel that part of the success of Sunday Suppers at Lucques” -- her previous book -- “was in not dumbing down the recipes or the concepts to meet what was perceived as ‘what the public wanted.’” I know what she means, and know I should applaud her for it -- maintain those standards! -- but you can also construe her point as “If you find my recipes fussy, you’re a philistine.” I began to feel as if I had been invited into Suzanne Goin’s house rather than she into mine. “Relax, take your shoes off!” she says, meaning, No, really, take your shoes off. These floors don’t varnish themselves. 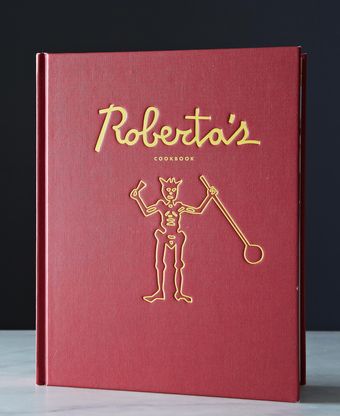 Naomi M. February 28, 2014
Fun review! I looked at both cookbooks long before Piglet, and oddly for me, could not see much I would use the A.O.C. cookbook for, while I could not resist buying Roberta's. I do enjoy reading cookbooks as much as cooking from them!

Eliz. February 27, 2014
Favorite read thus far! A friend once said we tend to prepare an average of 7 recipes from cookbooks we own. I borrowed Suzanne Goin's first publication from the library so frequently that I finally bought it, but I would be surprised if I have followed more than a handful of the recipes as written. (All stellar & one is faithfully reproduced every single summer.) Since there are so many recipes in Sunday Suppers still worth trying, I can't justify purchasing a similar book from the same author. This review strikes a balance by choosing intricate recipes from both books to judge.

susan G. February 27, 2014
from Amanda Cohen's review, 'suffocatingly twee' would describe both books for me. To extend the guest analogy, they might suffer from decomposition in my kitchen. Excellent and entertaining review, but I'd pass on both books.

aargle February 26, 2014
This is a review that certainly made me chuckle out loud. Loved his analogies! Probably won't get either book as the difficulty of sourcing ingredients in regional Australia is frustrating to say the least.

Georgetown-DC February 26, 2014
Honestly anything that has to do with food from NYC is all I need to hear. I have always said that the food movement starts in California but it's in NYC that it really takes off!

Manny G. February 26, 2014
The roberta's cookbook quickly became on of my favorite books. It's exceptional!!

nightkitchen February 26, 2014
So entertaining. I am too lazy to cook from either one, but will name my next pet 'Mofo'.

AntoniaJames February 26, 2014
Interesting, helpful analysis, expertly delivered. It's always such a pleasure when a talented writer who isn't a "food writer" hands down a Piglet judgment. Hoping next year to see (or maybe I'll write?) one in iambic pentameter. ;o)

aacers February 26, 2014
Greatness of a review! I laughed out loud. I think I'd have to go with Roberta's in this matchup too.

Tabledeckers February 26, 2014
That was a great review! I owned Goin's book prior the contest and you are spot on with your assessment. I purchased Robert's after reading the review from the first round of the Piglet, read it cover to cover and throughly enjoyed it. I have yet to cook from it, but tonight I think prepare the roasted garlic dressing!

ChefJune February 26, 2014
hysterical review. Never been to Roberta's but yes, Suzanne's cooking might be a bit "restrained" by comparison...

Annie B. February 26, 2014
Personally, I can imagine Tad's wife having a beer, but NEVER forgetting to set a timer.