How to Make Kringel at Home

Today: Emma Gardner from Poires au Chocolat is sharing a pastry recipe with a twist -- literally. 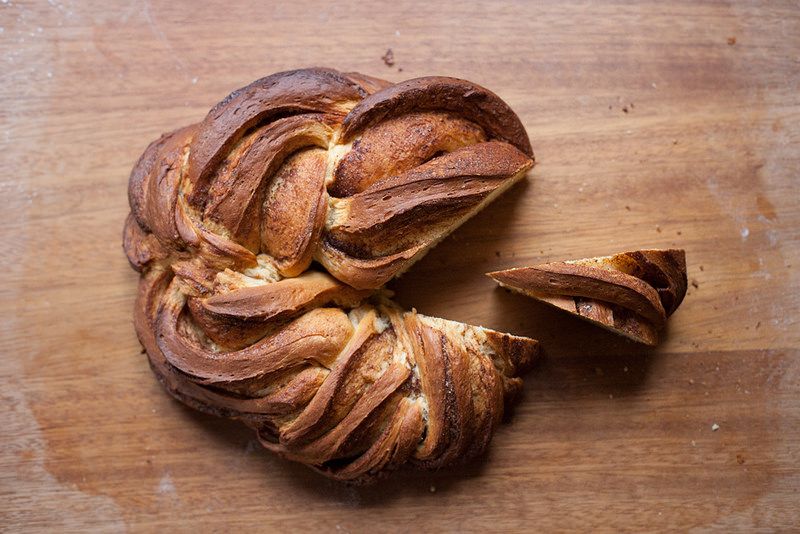 Kringel is an Estonian pastry flavored with cardamon and cinnamon that is baked for birthdays and celebrations. Though information on its history is relatively sparse, the word “kringel” originates from the Old Norse "kringla," which means circle or disc and, in Scandinavia, often refers to a variety of pretzel.

My favorite thing about the Kringel is the shape, which is formed from rolling the dough as you would cinnamon rolls, then splitting the log lengthways and weaving it into a ring. You could use the same method to shape your favorite cinnamon roll dough or any similar bread, like a savory version with cheese and herbs or a sweet roll with chocolate.

More: Venture farther into the world of pastries with this Cherry-Almond Danish. 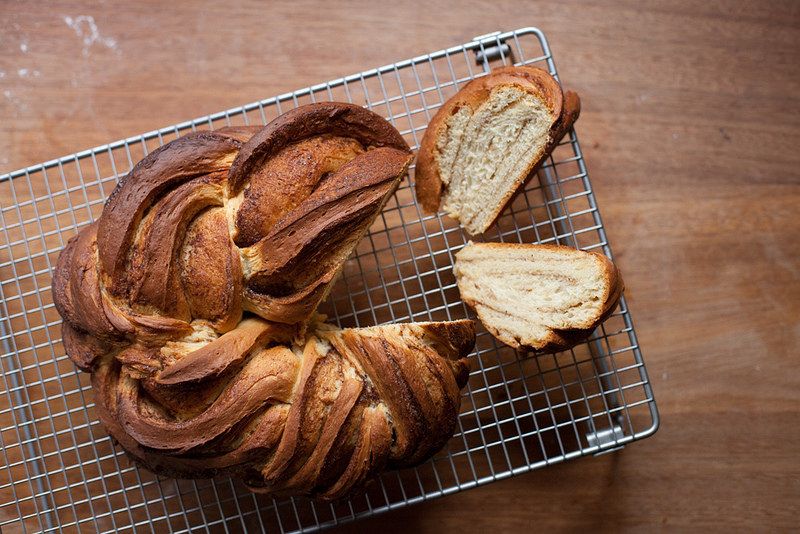 The thinner you roll the dough, the more layers you'll get, but I've found that the bread has a fluffier texture when the dough is left thick. When it’s fresh, I tend to eat it either for tea, elevenses, or breakfast. After the first day or so, it toasts well and is lovely with a bit of butter and jam.

I've never managed to make two Kringel that look identical; each loaf has its own personality and weave that only gets more pronounced as it bakes. 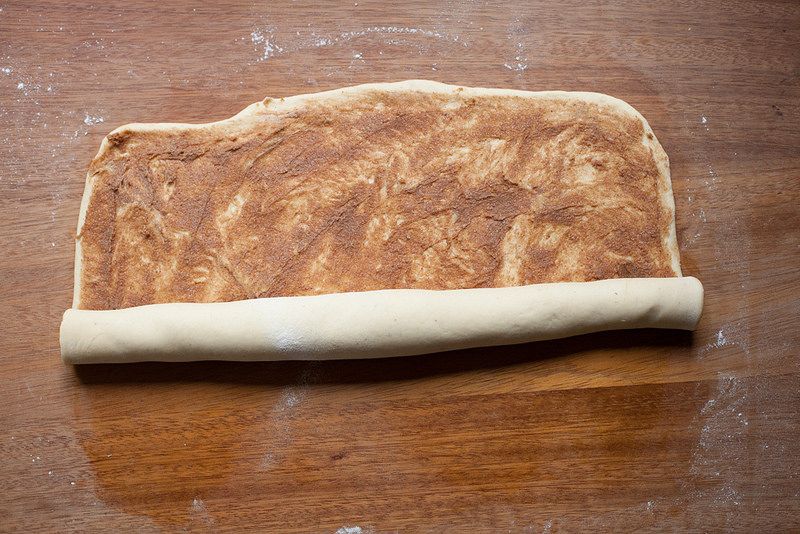 Take the butter for the filling out of the fridge to let it soften. Put the milk and butter for the dough into a small pan and warm them over medium heat until the butter has melted. Turn up the heat and scald the mixture by bringing it just to a boil. Pour the milk and butter into a bowl and pop it into the fridge to cool, which may take some time. 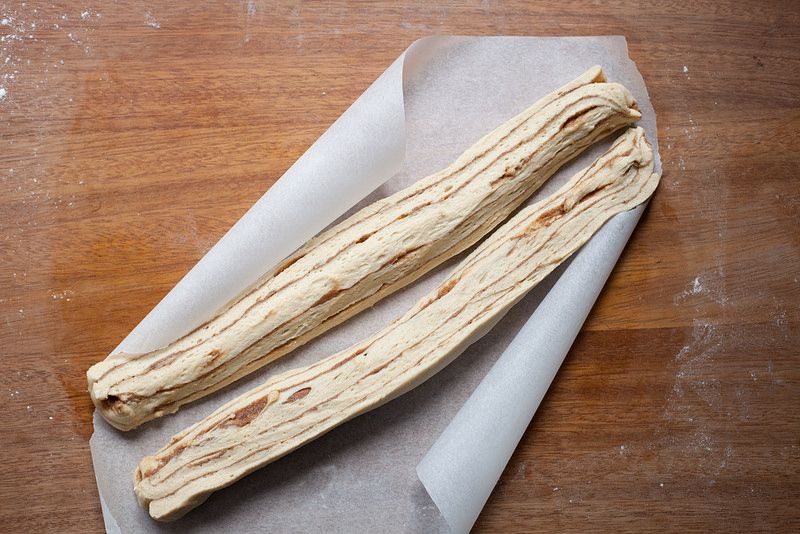 Crush the cardamon pods with the side of a knife, then remove and finely grind the seeds.

Combine the flour, sugar, salt, and cardamon in the bowl of a standing mixer. Then, add the yeast and stir to combine. Beat the egg lightly in a bowl. Once the milk has cooled to body temperature in the refrigerator, add it to the bowl along with the egg and stir until you have a shaggy dough. 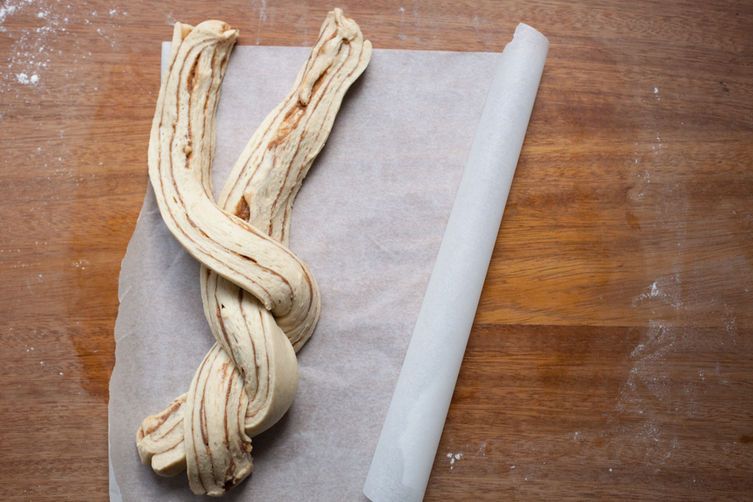 Knead with the dough hook of a standing mixer for 4 to 5 minutes, or until it comes away from the sides and passes the windowpane test. Cover the bowl with plastic wrap and leave to rise for roughly 45 to 75 minutes, until it has doubled in size. (You can also leave the dough to rise in the fridge overnight.) 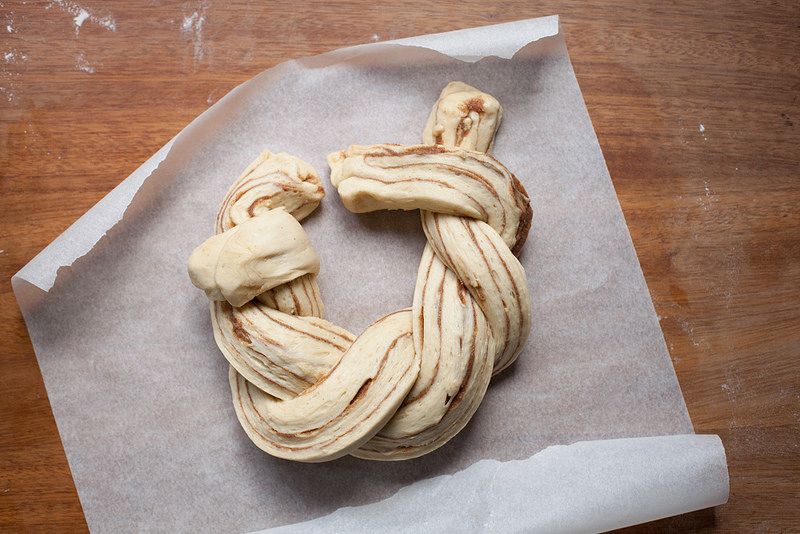 Turn the dough out onto a lightly floured surface and roll it out into a 16 x 12-inch rectangle. Make the filling by beating the soft butter, sugar, cinnamon, and salt together with a spoon. Spread the mixture evenly over the dough.

Roll the dough up from the long side, then use a serrated knife to split the roll in half lengthwise. Transfer to a parchment-lined baking sheet. 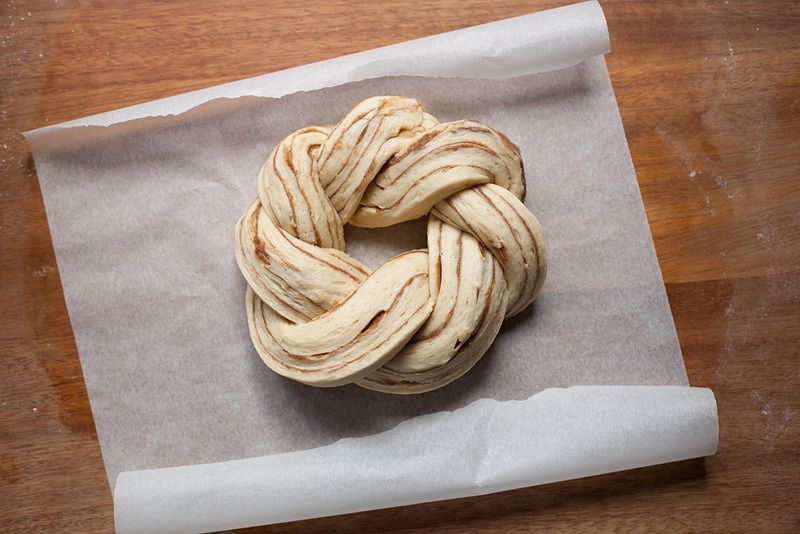 Weave the two strands together with the cut side up. Bring the two ends ends together, then weave them in the shape of a ring by making a basic twist. Press the two loose ends together.

Cover the dough with plastic wrap and leave it to rise for about 30 minutes, or until puffy -- if you press it with a finger, it should leave a dent. (You can also place it into the fridge overnight for a slow rise. Just take it out ten minutes before baking to warm it up.) 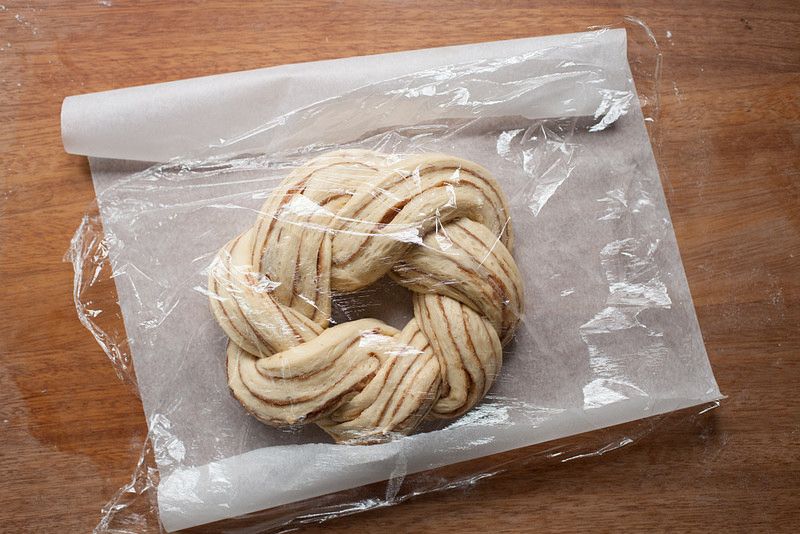 While the dough rises, preheat the oven to 350° F (180 °C). Use the parchment to transfer the ring onto a baking sheet.

Put the baking sheet into the oven for ten minutes, then lower the temperature to 320° F (160° C). Bake for 30 to 40 minutes more, until the ring has risen, turned a deep brown color, and sounds hollow when knocked. 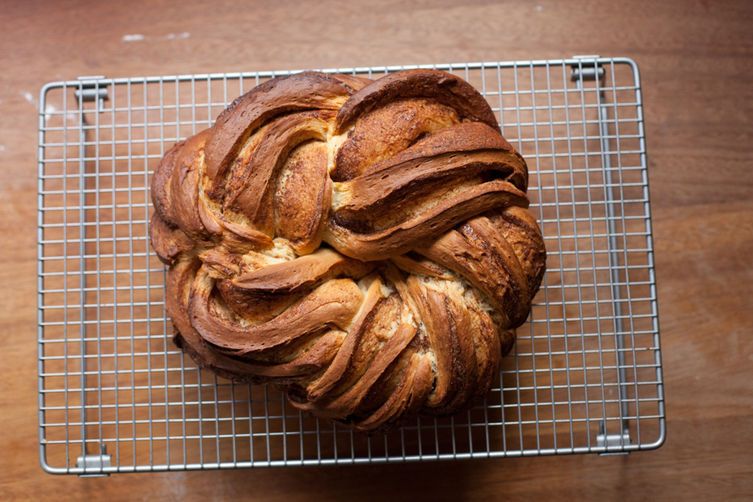 Remove to a wire rack to cool. The kringle is best eaten the day it is baked, but it toasts and freezes well if you happen to resist consuming the whole thing in one sitting.

cmpollard March 27, 2014
This bread is beautiful! Thanks, poiresauchocolat, for the process photos. Many electronic scales can toggle between grams and ounces. Weighing for baking is preferable to measuring.
Author Comment

Poires A. March 28, 2014
I'm glad you like the photos. Good to hear your scales can toggle between - metric is wonderful, especially for baking.

londonbakes March 25, 2014
This sounds lovely; the hint of cardamom in the dough sounds wonderful and your pictures are so helpful at explaining the technique.
Author Comment

AntoniaJames March 21, 2014
I've always wondered how one made that. Thank you, Emma. Very helpful. Plus, your photos are so handsome. ;o)
Author Comment

Poires A. March 22, 2014
I'm pleased you think they're useful - I like having pictures to make things clearer myself.