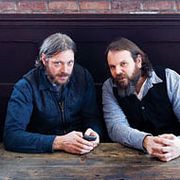 Frank Castronovo and Frank Falcinelli are Brooklyn-based chefs and restauranteurs of Frankies Spuntino and Prime Meats. They opened up the former in 2004, serving locally-sourced Italian food in Carroll Gardens, Brooklyn. Since then, "The Franks" have opened a second Spuntino in Greenwich Village. 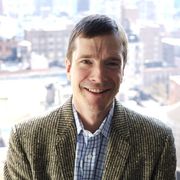 Humorist and journalist Henry Alford is the author of five books. He has written for The New Yorker, and writes a monthly column about manners for the New York Times. 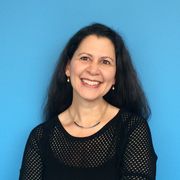 Melissa Block is the longtime host of NPR’s afternoon newsmagazine, "All Things Considered." In her reporting travels for the program, she often manages to sneak food stories past her editors, whether it means donning a chef’s hat to learn how to stir fry authentic Kung Pao chicken at a top cooking school in Sichuan, China, or getting the secret to a perfect tapioca pancake from a street vendor in Brazil.

The first dish she remembers making was a Funny Bunny Salad, involving half a canned pear, banana ears, a couple of cloves, and a cottage cheese tail. It rocked.

Melissa eats everything but green peppers and anchovies. She lives with her husband, writer Stefan Fatsis, and daughter Chloe in Washington, D.C. 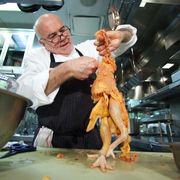 Bill Buford left his position as a fiction editor at The New Yorker to work along Mario Batali at his restaurant, Babbo, in 2005. This experience prompted him to write Heat: An Amateur's Adventures as Kitchen Slave, Line Cook, Pasta-Maker, and Apprentice to a Dante-Quoting Butcher in Tuscany, and to write The New Yorker column, "Notes of a Gastronome." Since then, he has collaborated with Daniel Boulud on his 2013 cookbook, Daniel: My French Cuisine. 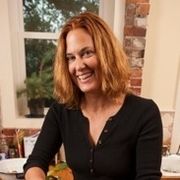 Kate Christensen is the author, most recently, of Blue Plate Special: An Autobiography of My Appetites, as well as six previous novels, including The Epicure’s Lament and The Great Man, which won the 2008 PEN/Faulkner Award for Fiction. She has written essays and reviews for numerous publications, most recently the New York Times Book Review, Bookforum, Cherry Bombe, Vogue, Food & Wine, and the Wall Street Journal, as well as many anthologies. She lives in Portland, Maine and the White Mountains and blogs about food and life in New England at katechristensen.wordpress.com. Her second nonfiction book, How to Cook a Moose, will be published by Islandport Press in September 2015. 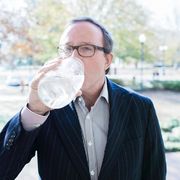 John T. Edge has served as director since the 1999 founding of the Southern Foodways Alliance, an institute of the Center for the Study of Southern Culture at the University of Mississippi. He holds an M.A. in Southern Studies from the University of Mississippi and an M.F.A. in Creative Nonfiction from Goucher College. A columnist for Garden & Gun and Oxford American, Edge wrote the "United Tastes" column for the New York Times for three years. Winner of the M.F.K. Fisher Distinguished Writing Award from the James Beard Foundation, he serves as a faculty member for the M.F.A. Program in Narrative Nonfiction at The University of Georgia and as an Editor in Residence at Rivendell Writers’ Colony in Sewanee, Tennessee. Now at work on The Potlikker Papers, a history of the modern South told through food, Edge has written or edited more than a dozen books. 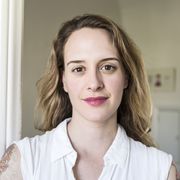 Emily Gould is the author of Friendship, a novel, and a member of a cookbook book club with Sadie Stein, Lukas Volger, and Ruth Curry that has cooked its way through many a cookbook, good and terrible, over the years. 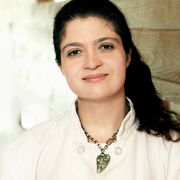 Alex Guarnaschelli is an Iron Chef, Food Network chef, and the executive chef at New York City’s Butter. She is also a television personality on the Food Network shows Chopped and America’s Best Cook. In 2012, she was crowned America's Next Iron Chef on Iron Chef America, currently the only woman with that distinction and only the second female ever to obtain that honor. In 2013, Guarnaschelli's first cookbook was published, Old-School Comfort Food: The Way I Learned to Cook. 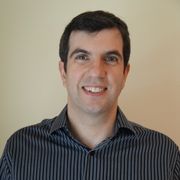 A.J. Jacobs is the author of four New York Times bestselling non-fiction books, including The Year of Living Biblically and Drop Dead Healthy. He is the editor at large of Esquire and a commentator for NPR. He is currently helping to build the biggest family tree in history (it's at 81 million people) and plans to throw the biggest family reunion ever in June of 2015. All proceeds from the reunion will benefit Alzheimer's research. You are invited. 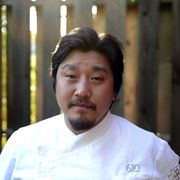 Edward Lee is the chef and proprietor of 610 Magnolia, The Wine Studio, and MilkWood, all in Louisville, KY. He is a multiple finalist for the James Beard Foundation Award Best Chef: Southeast. He is the author of the best-selling cookbook, Smoke & Pickles. He appears regularly on television, most recently as the chef and host for Season 3 of the Emmy-winning series, Mind of a Chef. His signature small batch bourbon with Jefferson’s Reserve called Chef’s Collaboration Blend has garnered praise from the nation’s top publications. He resides in Louisville, KY and is an avid karaoke singer. 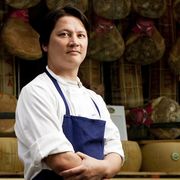 A restaurant-trained chef, J. Kenji López-Alt has worked as an editor at Cook's Illustrated magazine and America's Test Kitchen and is currently the Managing Culinary Director of Serious Eats. He likes to explore the science of home cooking in his James Beard Award-nominated column "The Food Lab." He is the author of The Food Lab: Better Home Cooking Through Science, a manual on how understanding food science can improve everyday foods, to be released in the fall of 2015. You can also find his writing in Cooking Light, the Boston Globe, Wired, and beyond. 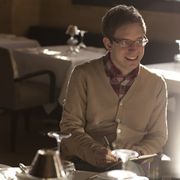 Adam Roberts is the creator of the award-winning food blog, The Amateur Gourmet (now in its 10th year), and the author of Secrets of the Best Chefs and The Amateur Gourmet: How To Shop, Chop, and Table-Hop Like A Pro (Almost). Roberts has written across a variety of mediums, including articles for Food & Wine Magazine, Salon.com, The Huffington Post, and Epicurious.com. He's also hosted and developed several shows for Food Network online. He currently lives in Los Angeles with his partner, Craig Johnson, co-writer and director of "The Skeleton Twins." 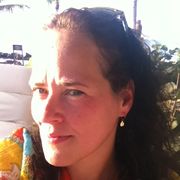 Rosie Schaap is the author of the memoir Drinking With Men. The drink columnist for The New York Times Magazine and a contributor to This American Life, she has also written for Bon Appétit, Lucky Peach, Marie Claire, Saveur, Travel + Leisure, and many essay anthologies. A working bartender, Schaap is currently writing a book about whiskey. 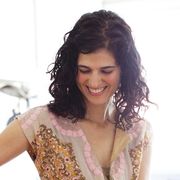 Louisa Shafia is the author of The New Persian Kitchen, winner of Food52’s 2014 Piglet award. She has cooked at notable restaurants in San Francisco and New York, including Millennium, Aquavit, and Pure Food and Wine. She currently hosts Lakh Lakh, an Iranian themed pop-up dinner at Porsena restaurant in New York. To see her schedule of upcoming events visit her website. 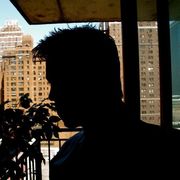 Ryan Sutton is the chief food critic and data lead at Eater. He was previously a food critic and reporter at Bloomberg News from 2006 to 2014. He is the founder of The Price Hike, a blog that tracks the rising cost of dining out throughout the world. Ryan loves eating caviar, drinking daiquiris, speaking Russian, downhill skiing, and short track speed skating. He lives in Manhattan and Long Beach.