Today: When it comes to cauliflower, just toss in spices, add some almonds, and roast. Then let the children have some, too. 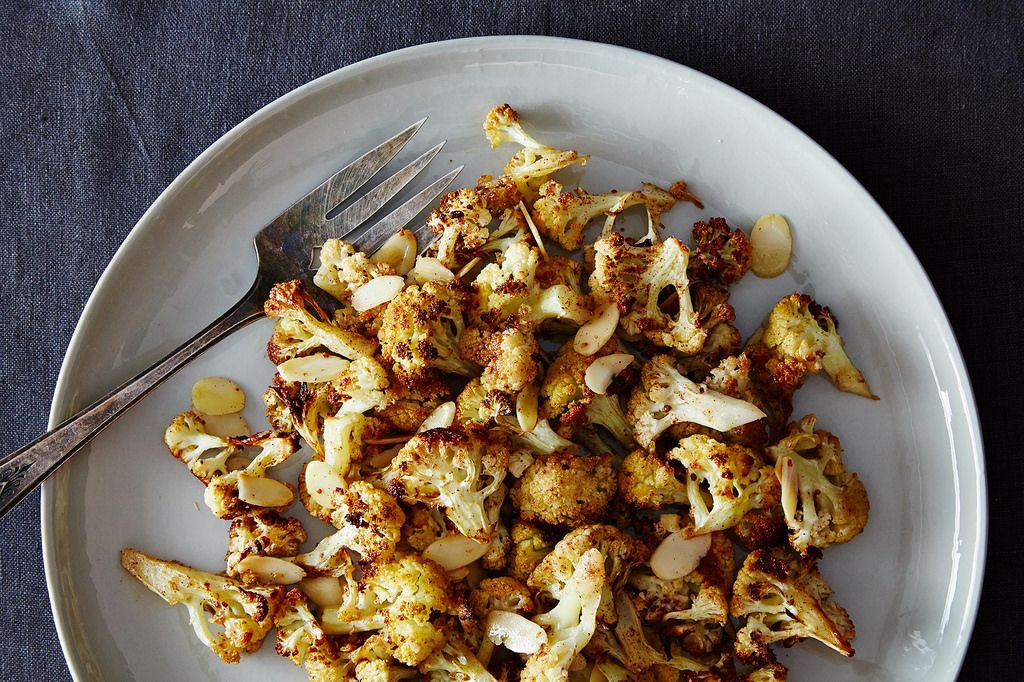 Why? Because it lies. It’s white, and according to universal child logic, a white food is a safe food. As if to confirm this, there are almost no other white vegetables. There are potatoes and there’s all-white corn, but those are the least vegetable of vegetables. They’re the exceptions that prove the rule.

There are turnips. (You see my point.) And there’s cauliflower. It may be a safe word -- it would be a great safe word, actually -- but it is not a safe food. It’s related to Brussels sprouts, for goodness sake.

For those readers interested in extra credit, I recommend the rather poignant roundtable White Vegetables: A Forgotten Source of Nutrients. 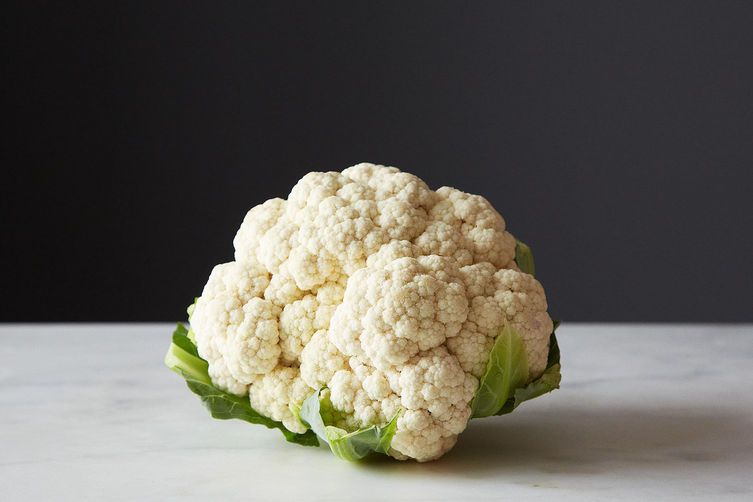 This is the part where you’re like, Shouldn’t you be writing about green things instead of white things? And I’m like, Large swaths of Lake Erie are still frozen. Do you know where I took a picnic last weekend? Next to an ice boom.

I feel for the children. Having to be our future is a lot of pressure for anyone. Also, I have never really gotten cauliflower either.

I mean, I like aloo gobi. What rational, self-maximizing actor does not like aloo gobi? But the cauliflower always seems like it is freeloading on the general awesomeness of aloo gobi itself. (Debates about freeloading and the evolution of cooperation always come down to cauliflower, basically.) 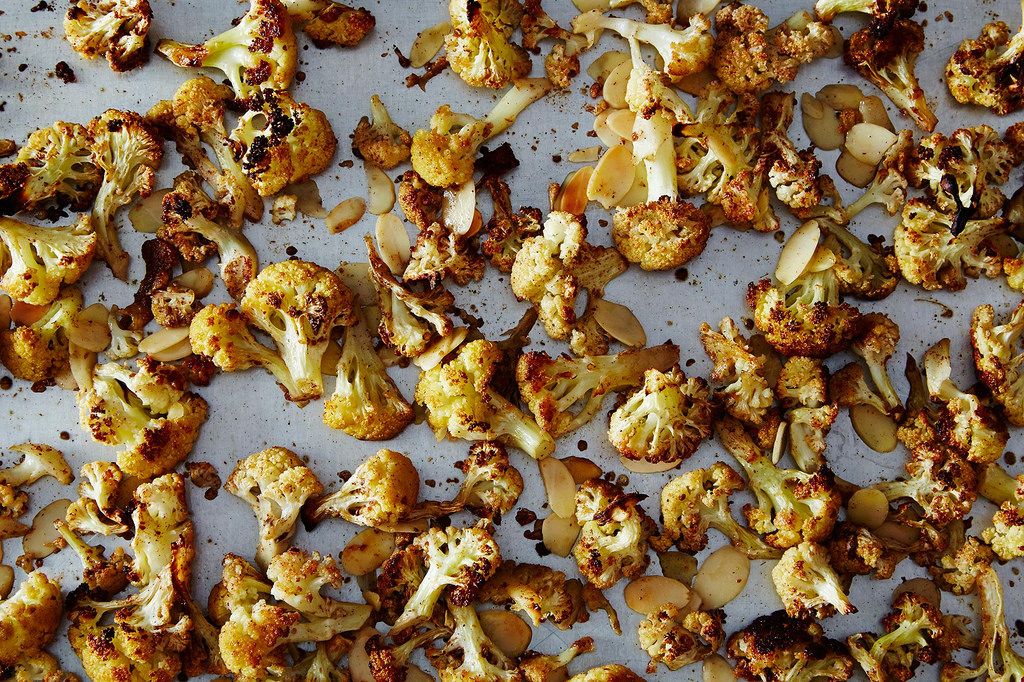 I hear you over there saying, Just roast it. And dear Reader: You are so right. In addition to this and this, you should do this: Take cauliflower, tear into florets, toss in spices and oil, roast, add some sliced almonds, roast, eat. The spices are highly flexible; the nuts are flexible; the taste is not.

It’s courtesy of Melissa Clark’s In the Kitchen with A Good Appetite and I am duly grateful. I first made it late at night, thinking it would be a side dish for dinner the next day. It didn’t live past midnight. The second time I was more charitable: I let the children eat some.

Loretta V. November 24, 2019
Delicious with a couple of changes. I used about 1/4 of the cinnamon and still tasted it. I substituted roasted pistachios for the almonds and also roasted red onions with the cauliflower. It was a big hit.

Janet B. April 30, 2014
Wow! The great roasted cauliflower. Cauliflower is full of nutrients and hence I like to make a dish with it. A pinch of almond and spices give a delicious smell the food.

bookjunky April 25, 2014
Couldn't agree more on the cauliflower cheese. If you are going to eat cheese, then "in for a penny, in for a pound; might as well be hanged for a sheep as a lamb" is my philosophy. And I make a damned good mac and cheese if I say so myself. (Though I don't have to say so, as many have so informed me.)

All that said, cauliflower is actually one of the few vegetables my 11 year old LIKES. Preferably just steamed, with butter. But this looks as if the spices are merely enough to elevate the cauliflower in the best possible way. Definitely will try. With cashews, as suggested below.

Fairmount_market April 24, 2014
I make a similar roasted cauliflower minus the cinnamon and with a dusting of smoked paprika, and the addition of an onion cut in eighths that gets deliciously caramelized and sweet during the roasting process. The sweet onion served as the gateway substance to get my son to eat cauliflower.

Nicholas D. April 25, 2014
Totally with you on sweet, burnt onion as a gateway drug. And yeah: I basically had to sit on my hands to not add smoked paprika to this. (Only because I add it to everything else.)

Gail F. April 24, 2014
I love cauliflower as a crudite. It's great with hummus, guacamole, and other dips.

AntoniaJames April 24, 2014
I make something similar to this on a regular basis, minus the cinnamon and usually involving cashews, or else walnuts. And/or toasted sunflower seeds. And a splash of great wine vinegar. I could live on this. Seriously. ;o)

amanda April 24, 2014
This sounds delicious! As for white veggies, what about parsnips? Maybe they are in the 'off-white' category.

Nozlee S. April 24, 2014
Kenzi tipped me off to this recipe and I made a quadruple batch (adding some carrots) for a massive 20-person dinner party -- it was all gobbled up (and matched my furniture, to boot: http://instagram.com/p/nBE5Dlr93t/)!