Today: A simple, flexible frittata for brunch -- at any time of day. 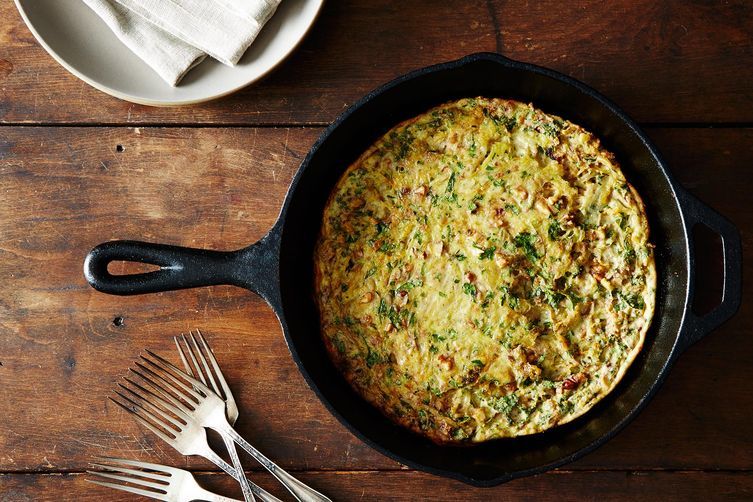 You tell a lot about new parenthood by the relentlessly advancing hour of brunch.

Before you have children, you invite friends for brunch at a time when reasonable people wake up -- like, say, 1pm. (Or is that too early? Are you up by then? Are you sure?) After you have children, you start out pretending nothing has changed. Brunch moves modestly earlier, to something like 11am. (Does that work for you? We’ll have coffee!) But then you realize none of your friends without children come to brunch earlier than noon, and also what happened to all your friends without children? Did they move? And all your friends with children have been up so long that that by 11am they expect dinner. So then you only invite friends with children and at like 9:30am, which is embarrassingly early to see humans who did not cosign the mortgage but still not early enough, because there must be days that pass before 9:30am. I eagerly await the future Richard Linklater film After Sunrise, in which a toddler and his father take a long, intimate early-morning walk around the neighborhood which ends with the father asleep in the park, curled lovingly around his child, who is obliviously stuffing ants in his mouth.

So then you scrap 9:30am and your brunch invitations just read: NO SERIOUSLY PLEASE COME AS EARLY AS YOU WANT WE’RE UP ANYWAY LOL.

More: No matter the time, here's how to do brunch right. 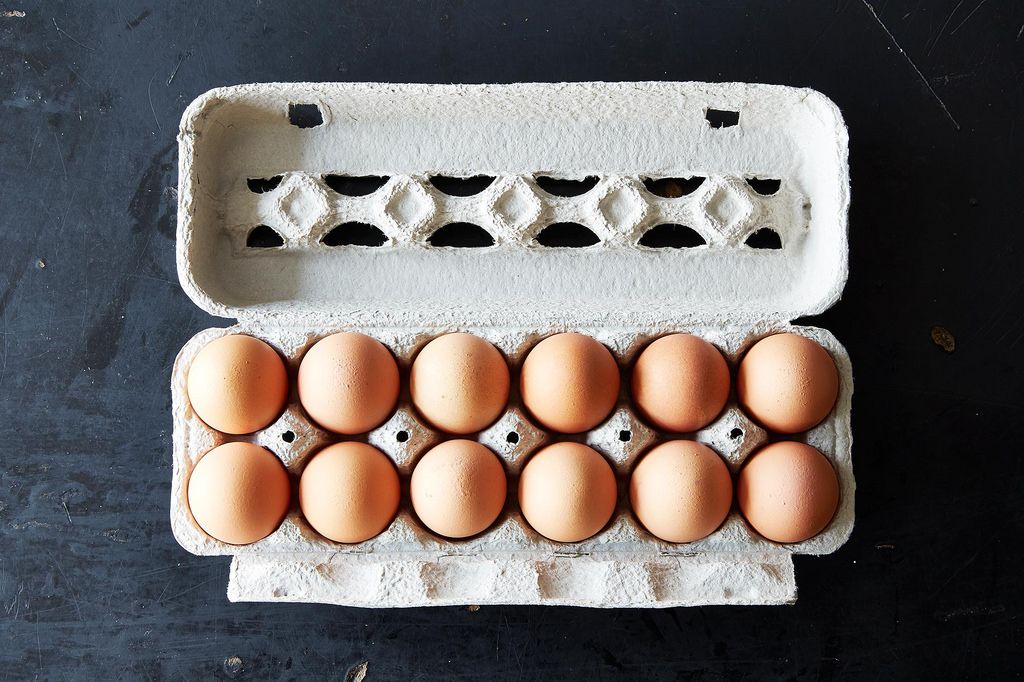 All this inevitably lowers the stakes for brunch itself. You can go the way Isaiah suggested the other day: buy a dozen donuts, a dozen donut holes, and then insert the donut holes back inside the donuts. Or you can make Martha Rose Shulman’s frittata, which requires less fine motor control.

Shulman’s frittata is the sort of thing that you can manage when you have invited people to basically show up at your house whenever. A frittata is not a complicated thing to begin with, but this version is even less complicated. Instead of starting the frittata on the stove, or finishing it under the broiler, or somehow flipping it, she simply bakes it the entire time. If the top is less browned, the texture is perfect -- not too dry or tough in places, but beautifully tender the whole way through. And it means you can, in the immortal words of Ron Popeil, set it and forget it. Which is important because while the frittata is baking you have donuts to fill with donut holes.

The other brilliant part of Shulman’s recipe: yogurt. Specifically, strained or Greek yogurt -- and I have strained yogurt here for as little as a half-hour and the sky did not fall. Once you have this master recipe -- the oven, the yogurt -- the frittata can be customized however you like. (That’s the whole point of Shulman’s new book, The Simple Art of Vegetarian Cooking: learn a basic template first, then fill it in -- freedom within structure.) Below is Shulman’s version with melted onions and walnuts, because obviously. But the template is really the point here.

As they say, to make a child, you need to break a few eggs. 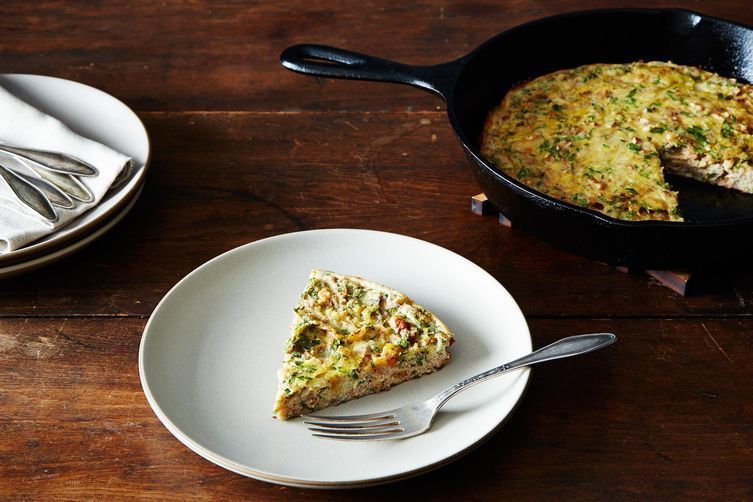 For the melted onions:

See the full recipe (and print it and save it) here.

Matt L. July 7, 2014
I love frittatas and think this is definitely the way to go - I've found that all your favourite quiche recipes work brilliantly without the pastry as a frittata. Here's my quiche lorraine frittata recipe www.timedeating.co.uk/quiche-lorraine-frittata . @lazyretirementgirl, there's also a recipe there for the onions if you like.

Lazyretirementgirl July 4, 2014
Question - do you think I could do the onions in the crockpot? If so, how long? Just roughly? Thanks.