One Box of Graham Crackers, 6 Desserts

Put time into dinner now, and you can make it last forever -- or at least the whole week. Welcome to Halfway to Dinner, where we show you how to stretch your staples -- or your seasonal produce -- every which way. 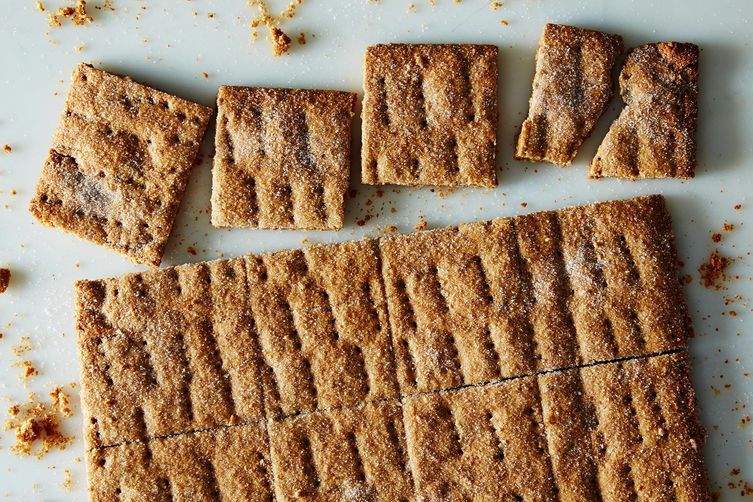 What reminds you more of childhood than a graham cracker? I remember dunking them in milk, making them into s’mores, and eating them with a cup of applesauce. I especially loved the cinnamon-sugar variety, each cracker with its own sparkly specks of deliciousness. I enjoyed them slathered with peanut butter or soaked in milk until mushy (and perfect).

Graham crackers are also incredibly fun to bake with. They pair beautifully with classic dessert flavors like chocolate, marshmallow, and peanut butter. They’re sweet, but not too sweet, which means they can be either the star of the show or a nice vessel for something a little different. Ground into crumbs, they can take the place of flour in many desserts, as I’ll prove in the following recipes; whole, they can be used to help form the layers of a no-bake cake. Add them to popsicles, make them into a pie crust, or roll them up into cinnamon rolls for an extra special treat. Devouring a sleeve of graham crackers on their own is nothing to be ashamed of, but I highly recommend incorporating those last two sleeves into something sweet to share. 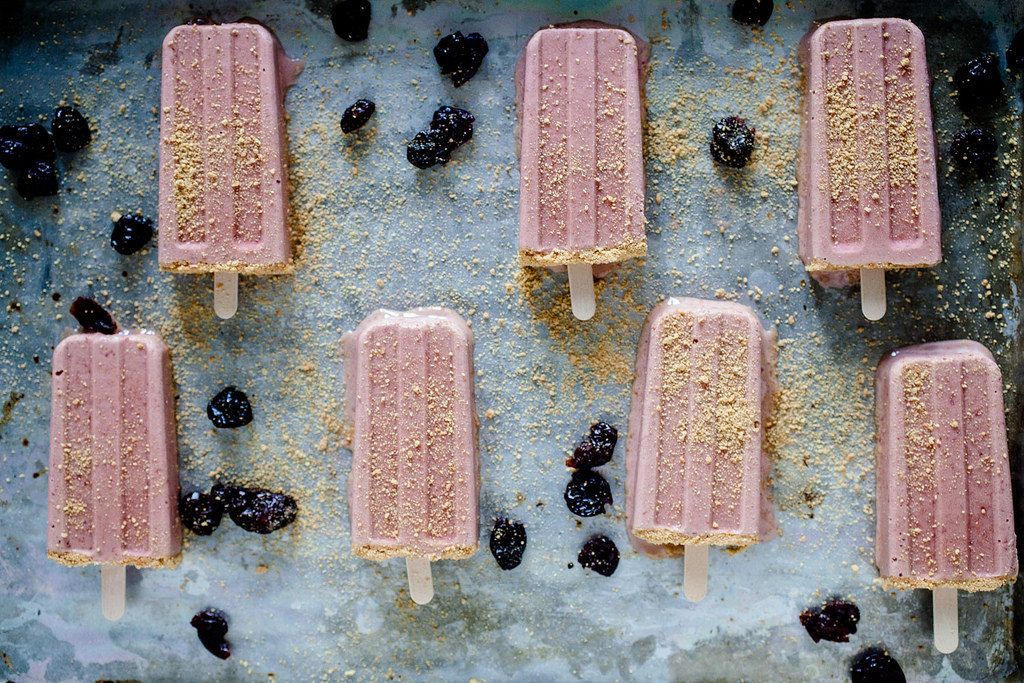 Cherry Cheesecake Paletas
Here, I’ve decided to take a New York classic -- cheesecake with cherries -- and make it into something to be enjoyed on a stick. The tart cherries add a refreshing element to the sweet cream cheese and powdered sugar combination, and the graham cracker “crust” brings the whole thing together. I wouldn’t hate a little chocolate drizzled over the top just before serving either. 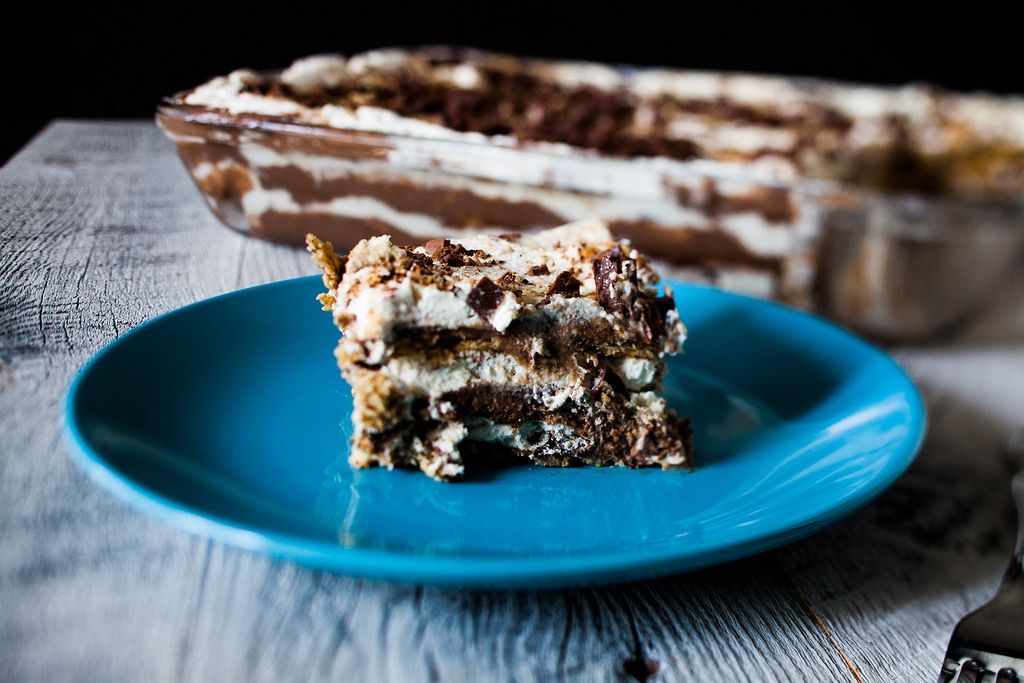 No-Bake Mocha Ice Box Cake
Many have told me that this is perhaps the best thing I’ve ever made, and it's also one of the easiest. The graham crackers soak up the flavor and moisture from the chocolate and the whipped cream, which results in an almost pillowy cake. I brought this into my office and it was gone in under 10 minutes, so prepare yourself to be loved.

More: Have leftover whipping cream? Learn how to use it up. 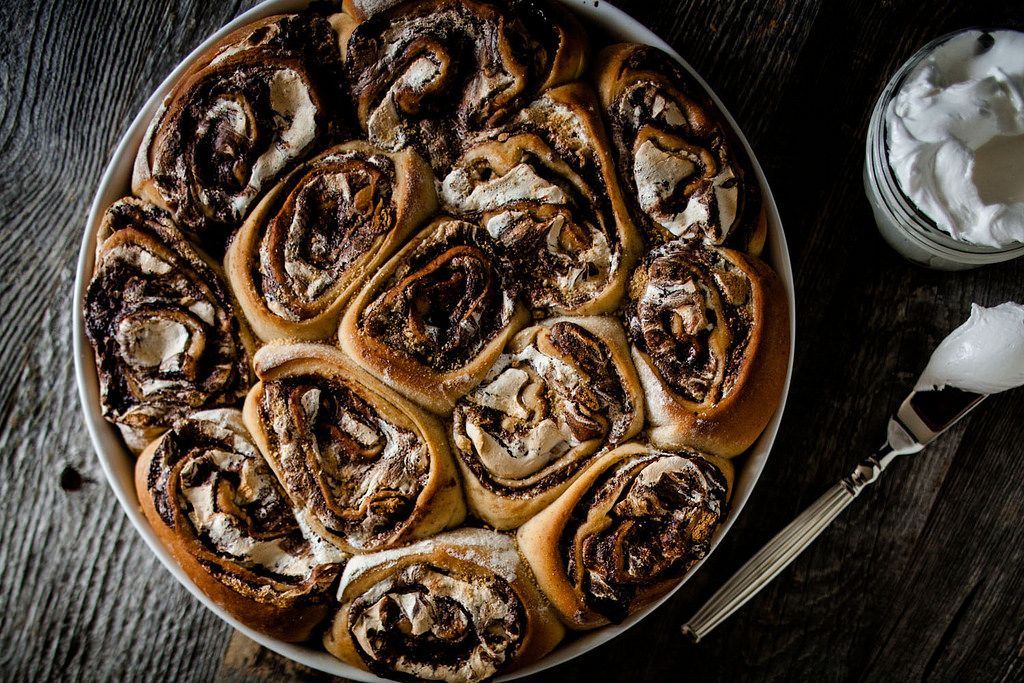 S’mores Cinnamon Rolls with Graham Cracker Dough
Everyone loves s’mores, and everyone loves cinnamon rolls, so it’s about time they were combined. I made a graham cracker dough, let it rise a bit, then punched it down and filled it with my homemade marshmallow fluff and a rich chocolate filling. After baking, these babies ooze deliciousness. Slather them in a healthy amount of leftover fluff and they'll be completely irresistible. Try making these for your next brunch or family gathering -- you’ll be the life of the party in no time at all. 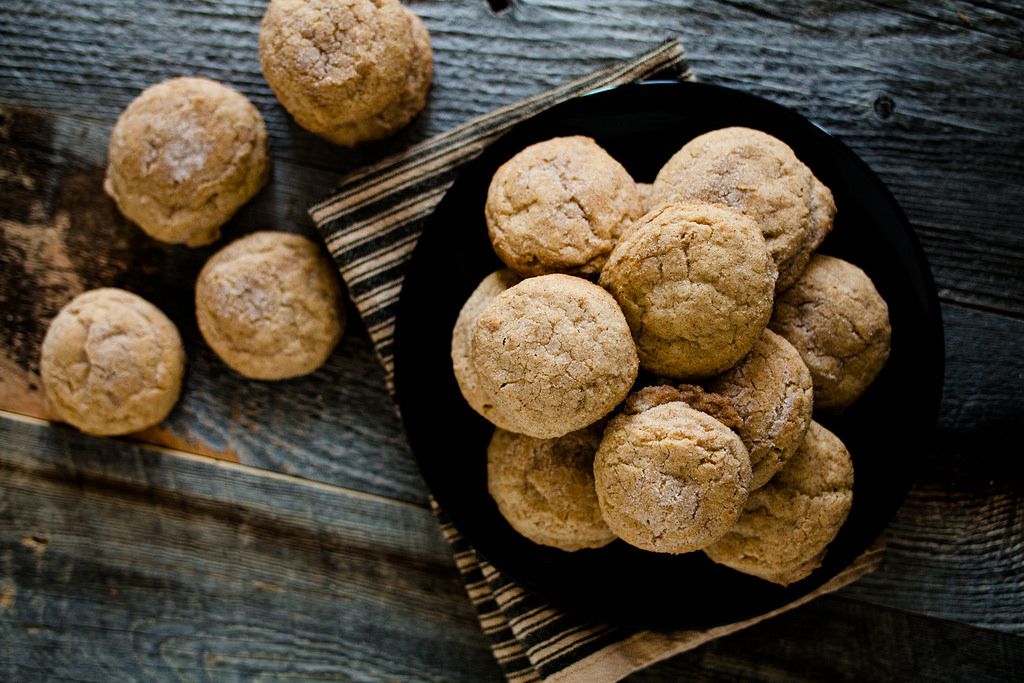 Graham Cracker Snickerdoodles
As previously stated, cinnamon sugar graham crackers were my favorite variety as a kid. I figured I could take those flavors and make them into a cookie (and I was right). These taste like big, fluffy, chewy graham crackers -- exactly the consistency you want in a snickerdoodle. The outside is sandy and crunchy from the cinnamon sugar, and the insides are perfectly soft. These smell like heaven and will make anyone nostalgic for that favorite after-school snack.

More: Snickerdoodles are always a good idea. Here's another recipe to try. 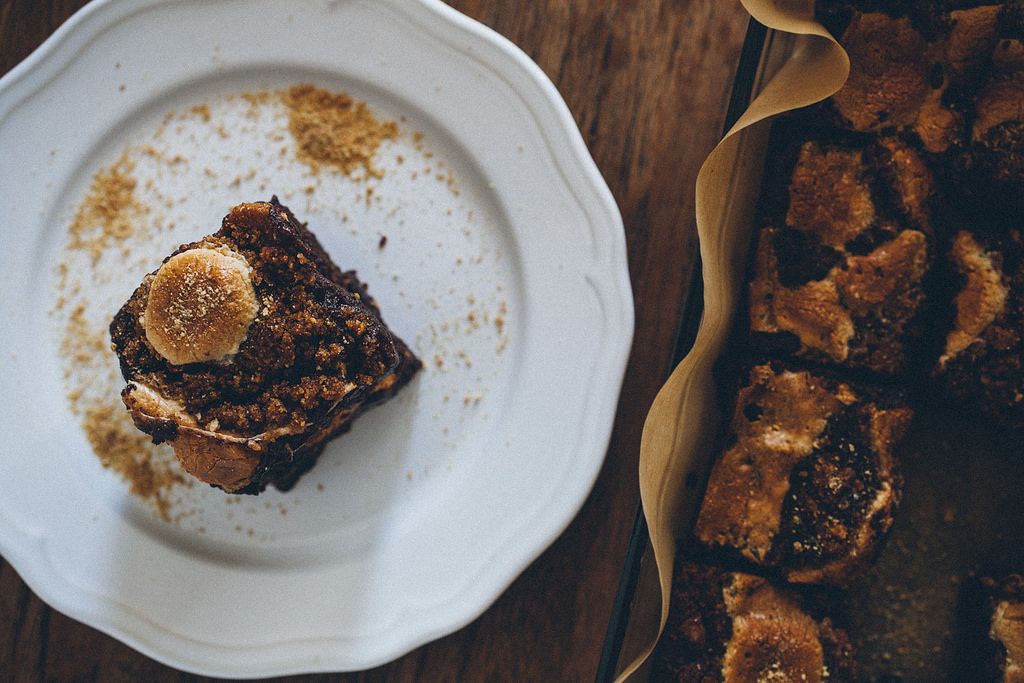 One Bowl S’mores Brownies with Graham Cracker Streusel
Cakey brownies have no place in my house. I love a good, fudgy, dark-as-night chocolate brownie, and these are those. They can be made in just one bowl -- well, two if you count the streusel, but that thought came later (not that it wasn’t a lovely addition). The cinnamon and graham cracker crumb topping, along with the sprinkling of marshmallows, make for the perfect s’more brownie (and you don't even need a campfire). 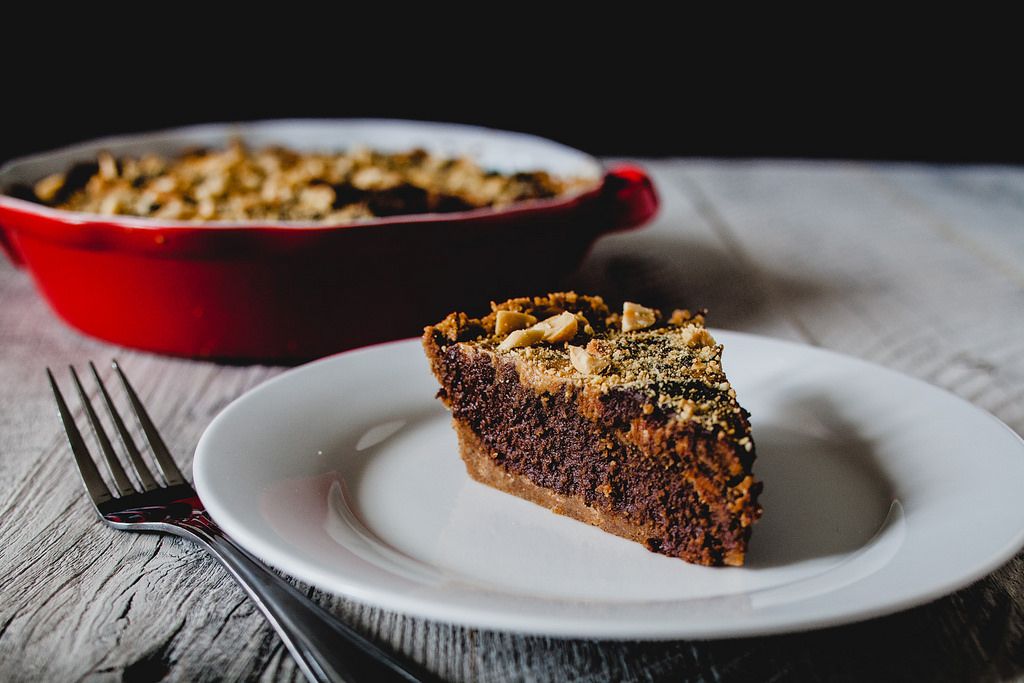 Chocolate Peanut Butter Pie
Chocolate, peanut butter, and graham crackers. What else do you need to know? In this almost no-bake pie, you get a little bit of everything in each bite. The crust only needs to bake for about 10 minutes; after that, all you do is mix everything together, fill the crust, refrigerate the pie until firm, and serve. A big, thick slice of this rich pie goes perfectly with a tall glass of cold milk or a hot cup of black coffee. The graham cracker crust adds a nice crunchy element to the luscious peanut butter and chocolate filling, and best of all, you’ll definitely have a little of the chocolate filling left over. This is called the chef’s treat and you should gobble it up with a sprinkle of extra graham cracker crust. Trust me.

For the graham cracker crust:

For the pie filling:

First photo by James Ransom; all others by Sydney Kramer

thecrepesofwrath.com
My name is Sydney Kramer, I run The Crepes of Wrath, and I am on an eating rampage.

Cynthia C. November 19, 2014
This post is everything right in the world.