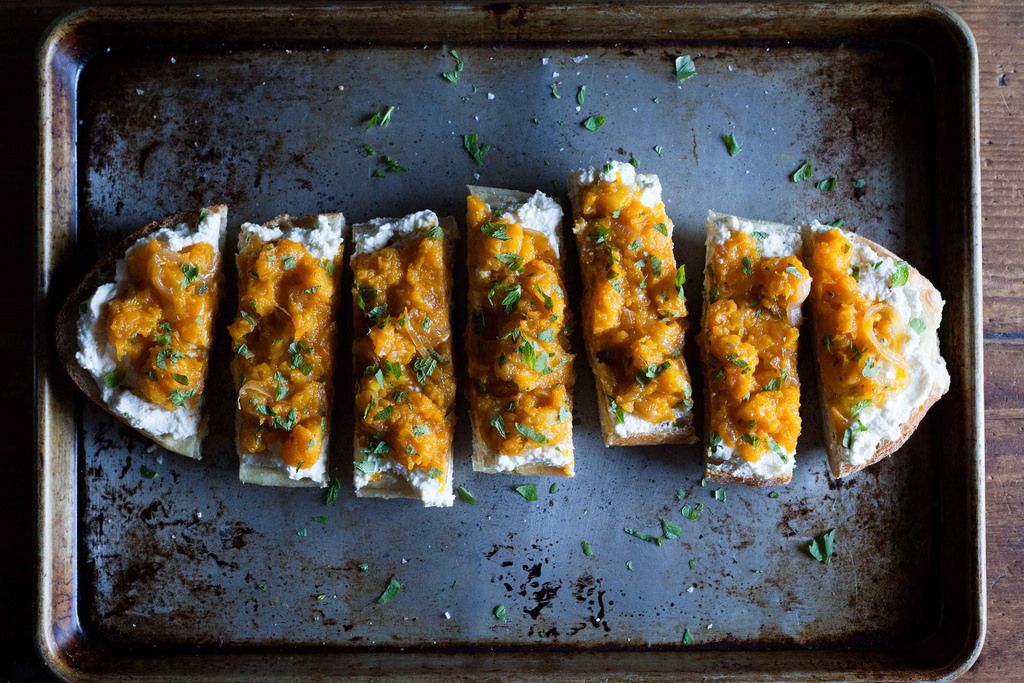 First: Know that yes, we thought for a moment about changing the name of this column to What to Put on Toast Now.

We’ve had this column for over a year now, and we thought that perhaps just now, after backpacking through Europe, living back at home with its parents for a spell, and then moving on up to the big city, it was finally finding itself. It had decided who it was and who it wanted to be: slouchy, silky roasted peppers and eggplant on toast, tomatoes and onions on toast, zucchini blanketed in knife pesto and piled high on, yes, toast.

Or maybe it was just a phase, a fractious rebellion born against full-on sandwiches and meals requiring actual utensils. But we are reasonable people: We will allow this column one more toast yet. 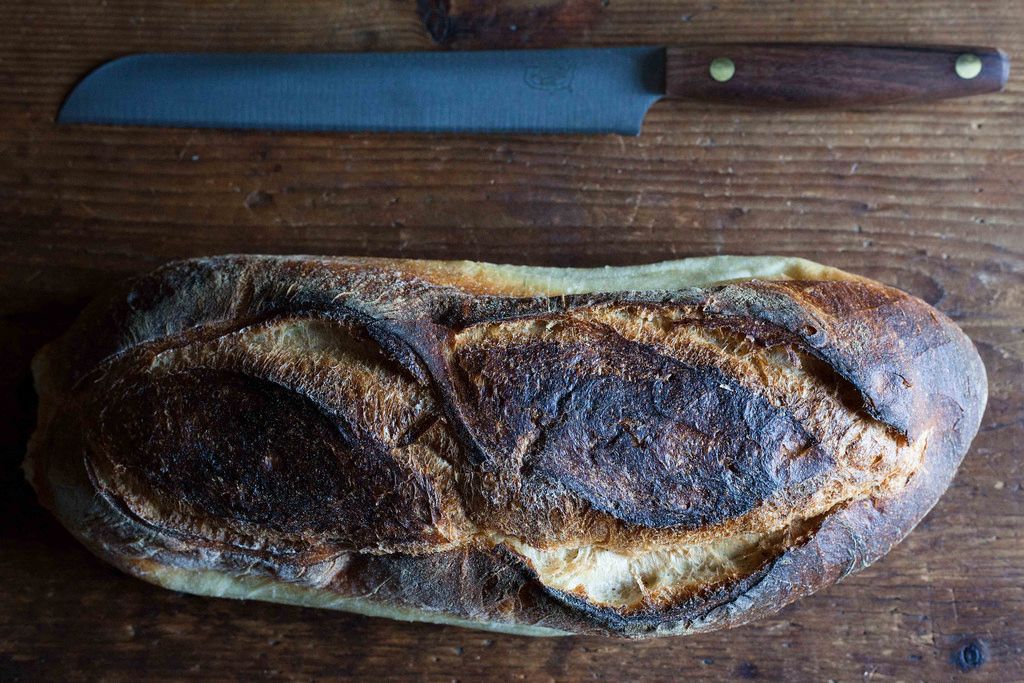 The inspiration for this one comes from Dan Kluger of ABC Kitchen in New York, whose recipe for squash on toast has been circling the internet for some time now. Consider this an homage. Consider it also a defiant statement that food on toast carries its weight well into fall: We don’t need raw tomato tartines to be happy.

Remind yourself of this fact while you break down one of fall's first butternuts. Cook it on the stove a la Amanda if you, like me, are currently living with a broken oven; roast it if you have a functional kitchen. Turn an onion into sweet-tart jam. Make your squash alive with spice. Wed the two. 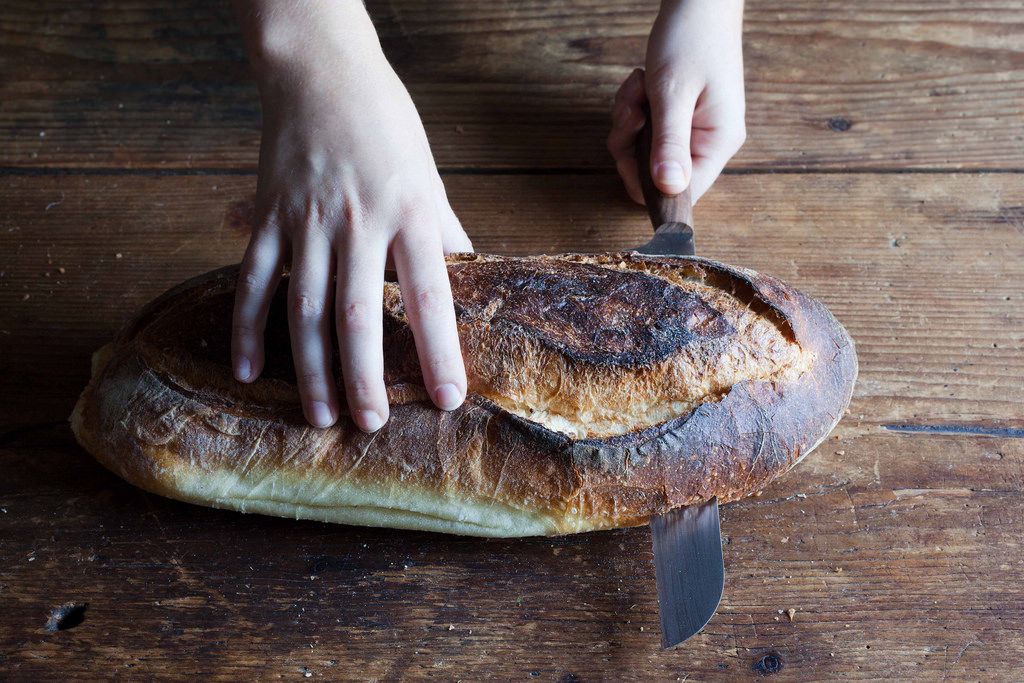 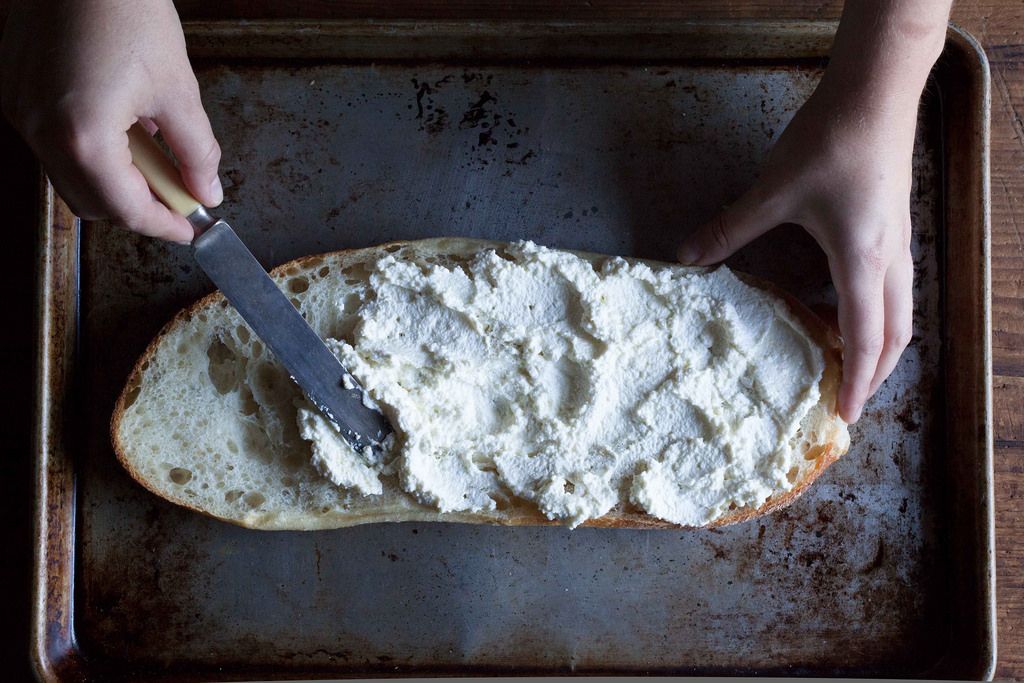 You’ll end up with a happily arranged marriage of heat and vinegar and sugar, which you will snack on while you search the land over for the biggest, widest loaf of bread near you. Cut it straight across its belly. This will be your canvas; paint it with a primer of ricotta, then a thick coat of squash.

You may also make this on individual toast, or eat it straight from the pan, sans bread, like a heretic. But here’s the thing: If you choose bread that’s a foot and a half long, because you can, it becomes much more acceptable to eat toast for dinner. It becomes festive, an occasion to call neighbors and friends and say come over for toast. It becomes the only reason they actually show up after you say those words.

Armed with a foot and a half of bread heavy with fall’s best answer to tomatoes, you’ll have created the vegetarian equivalent of a T-bone: hefty, rousing, a little racy. It is a shameless slab of bread, and you will eat it as such: Throw it on a board, have your way with it. Don’t forget to pour the wine. 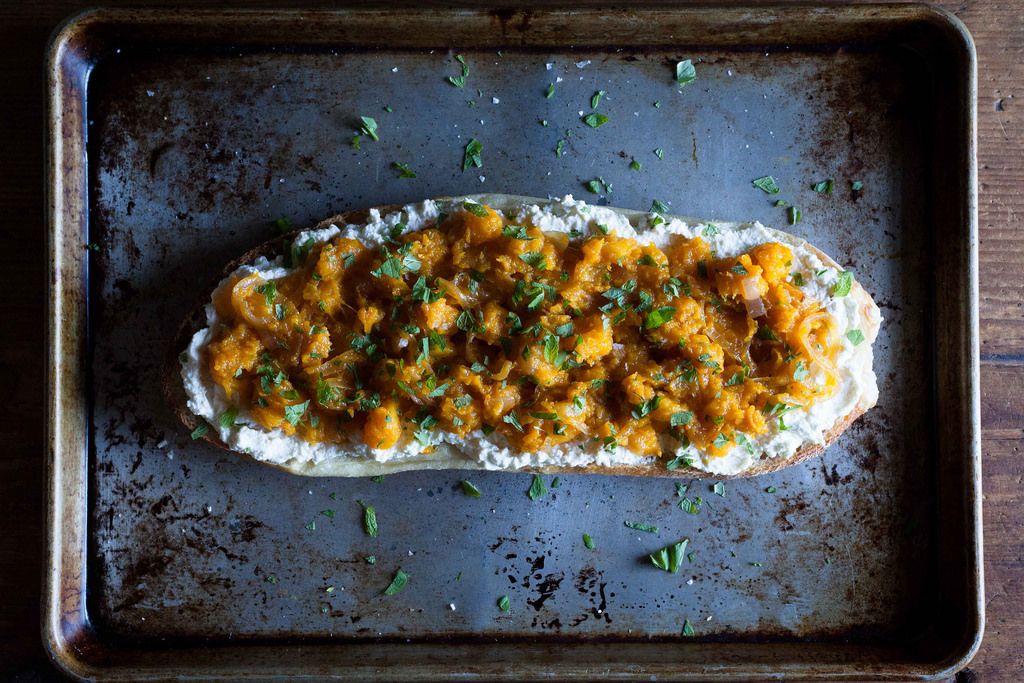 Serves 4 to 6, with leftover squash

Cristina S. October 2, 2014
This is thoroughly lovely. And everyone knows that toast it where it's at.

Kenzi W. October 2, 2014
I mention above, but it's actually because (sadly) my oven is broken right now. I'd ordinarily roast (and ABC Kitchen does), but this way was just as successful, and quicker, so I may stick to it!

Have you seen the Things on Toast cookbook?

Posie (. October 1, 2014
Bless you for making this. Ever since I tasted it the first time at ABC Kitchen, I've measured other toasts against it.
Author Comment

Sarah J. October 1, 2014
After you wrote so beautifully about roasted tomatoes and onions on toast, I served it to my friends two days later. Looks like I'll be doing the same this Friday! Toast forever, "adult food" never.
Author Comment

EmilyC October 1, 2014
This is beautiful Kenzi -- both the column and the toast!
Author Comment

healthierkitchen October 1, 2014
Putting this one on the fall short list. I Love everything on toast! Even got an Italian tostapane recently to make stovetop toast. Creamtea's avocado toast with the preserved lemon and egg on top is still one of my most favorite! http://food52.com/recipes/27425-moroccan-guacamole-toasts-with-fried-egg

I got it in an Italian market in Philadelphia, but maybe Provisions could provide?

fiveandspice October 1, 2014
I want that loaf of bread so. much. It is gorgeous, even pre ricotta and squash.
Author Comment

fiveandspice October 2, 2014
You know how much I want to do just that. I have to figure out some way to get someone else to pay for me to visit NYC every other week so I can come hang out with you guys! :)