How To Make Madeleines (and Eat Them for Breakfast)

Today: Izy Hossack of Top with Cinnamon shows us how to make madeleines, the buttery, light, and slightly sweet French classic. 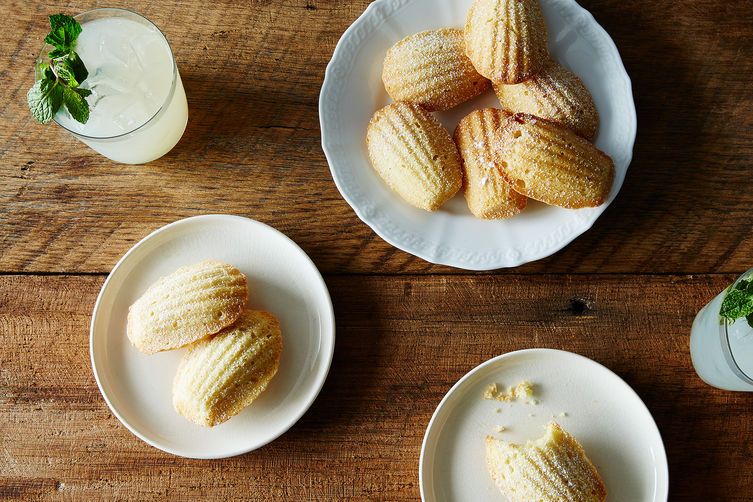 This first time I tried madeleines, I was not in France but in Spain. My hotel was serving them for breakfast and, as I'm not one to turn down the offer of a side of cake with my toast, I had several. When I returned to London, however, I had no idea what they were called—no more "Spanish breakfast cake" for me! Years later, I came across a recipe in a French cookbook with an accompanying photograph of shell-shaped cakelets. Before I even had time to process that my beloved Spanish cakes were in fact French and called madeleines, I used a fairy cake pan to bake some up. They were just as I remembered: tender, light, and gone in two bites.

More: If it's an actual Spanish cake you're looking for, here's a good place to start.

In retrospect, it's surprising that the madeleines remained so stubbornly in my memory, as their flavor is so subtle. The sponge cake is flavored with just a touch of lemon zest, which mingles with the flavor of butter to produce an almost floral quality that lingers for just a second before melting away. But it's that ethereal quality that sets the little cakes apart from others. 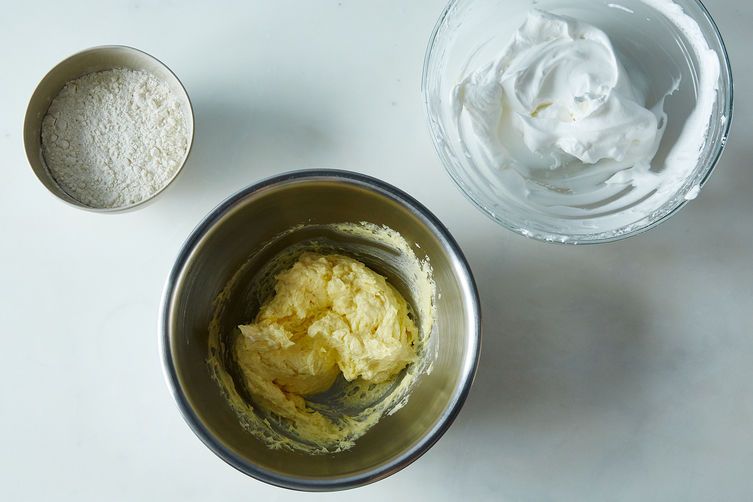 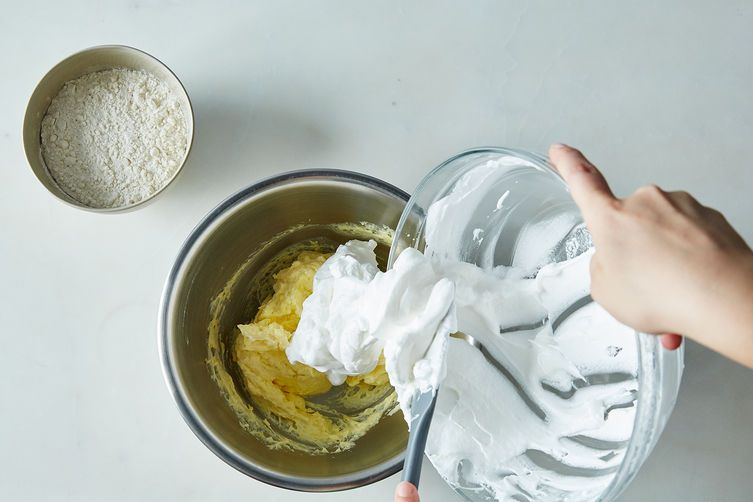 This batter has more in common with an English Victorian sponge cake (which uses equal amounts of butter, sugar, flour, and eggs) than an American-style white cake (which tends to incorporate milk). Since madeleine batter uses less sugar than Victorian cake batter, they're simultaneously rich and not so sweet. If you're looking for something sweeter, you can amp up the dessert factor by dusting them with powdered sugar, as I do, or by dipping them in melted chocolate or a simple lemon glaze.

So don't be put off by the fact that French desserts are infamously difficult to make—just think of these as simple Spanish cakes and bake away:

In a medium bowl, cream together 1/4 cup of the sugar with the softened butter and lemon zest until pale and fluffy, 2 to 3 minutes. Add the egg yolks and mix in until fully combined. Set aside. 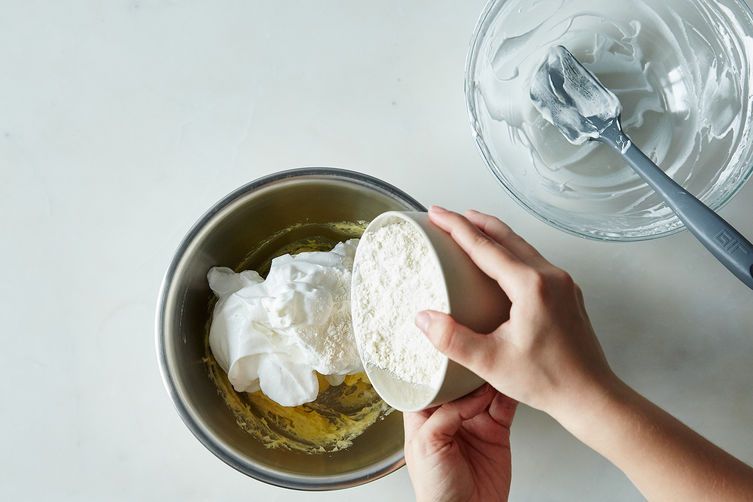 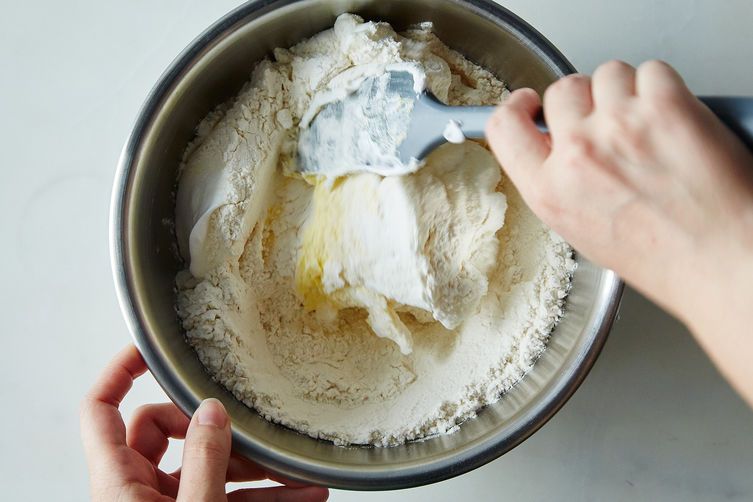 Place the egg whites in a large, clean bowl. Whisk them while gradually pouring in the remaining 1/2 cup of sugar, then continue to whisk until stiff peaks form, about 5 minutes. Fold roughly 1/3 of the egg mixture into the butter mixture to loosen it. 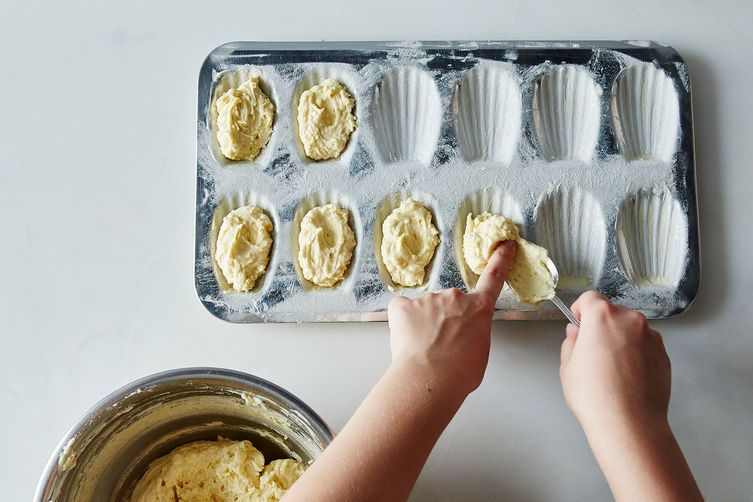 Add the remaining whisked egg white mixture into the butter mixture. Sift in the flour, baking powder, and salt. Gently fold the mixture together just until no flour-y patches remain—be careful not to over-mix it. Chill the batter for at least 2 hours, or up to 24. 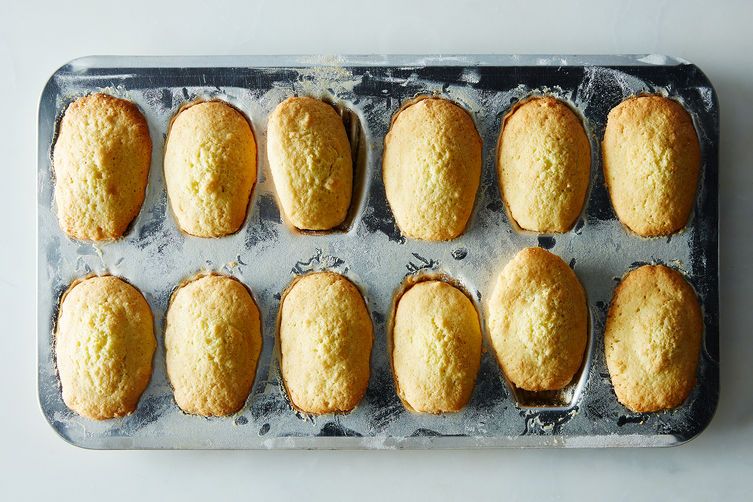 When you’re ready to bake, preheat your oven to 375º F, then generously butter and flour a madeleine pan. Fill each cavity of the pan about 3/4-full with batter, then bake for 12 to 15 minutes until the madeleines are slightly domed and have golden-brown edges.

Pop the madeleines out of their pan onto a cooling rack. Allow to cool for a few minutes, then dust with powdered sugar, if desired, and serve alongside your toast and a hot cup of tea. 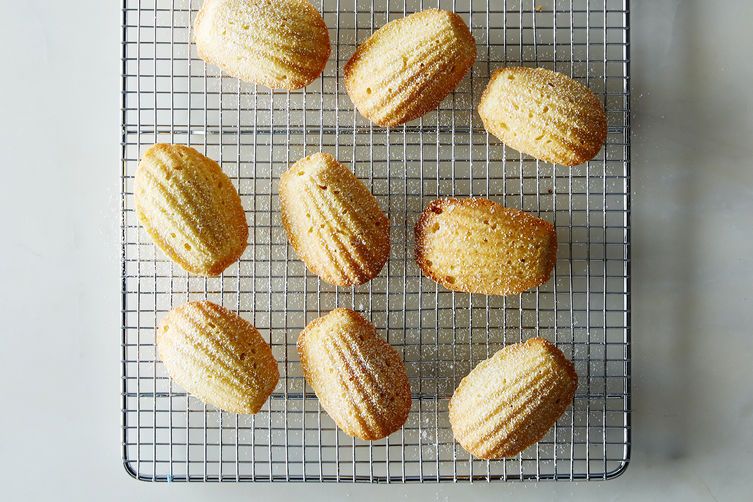 What are some of your favorite classic French desserts? Tell us in the comments below!

Babette's S. December 7, 2021
Best ever madeleine recipe (& my late Mum & I have tried many) is one that I got in Boston in late 1970s early 1980s....clarified butter not whole butter, cake flower...yes lemon (or orange or lime) zest & baking powder & little vanilla...BUT...the magical addition is...orange flower water! It give these superb cakes an ethereal je ne sais quoi. I've also tried rose flower water which added an equally delightful nuance. My beloved recipe yields a wonderful texture & flavor that Proust would've swooned over. Dusted with confectioners' sugar, they keep well in tightly lidded tins with layers of wax paper, or can be frozen. Usually, they don't last long enough to keep or freeze because they are so addictive & delicious. They are the perfect tea treat. I must look up my recipe & share it on F52.

Alyssa J. June 19, 2015
Madeleines are the best (freshly baked, none of that prepackaged nonsense, except for the St. Michel brand lol) ! They're my favorite treat (French or otherwise) to make! I'll have to give this recipe a try, I've always added the eggs in combined, but I'm curious if mixing the yolks and white separately would make a difference in texture :)