Salad shouldn't be an obligation or an afterthought—and it doesn't always have to be kale, either. Every other Thursday, Elizabeth Stark from Brooklyn Supper will help you make salads you actually want to eat.

Today: A salad to fiddle(head) with. 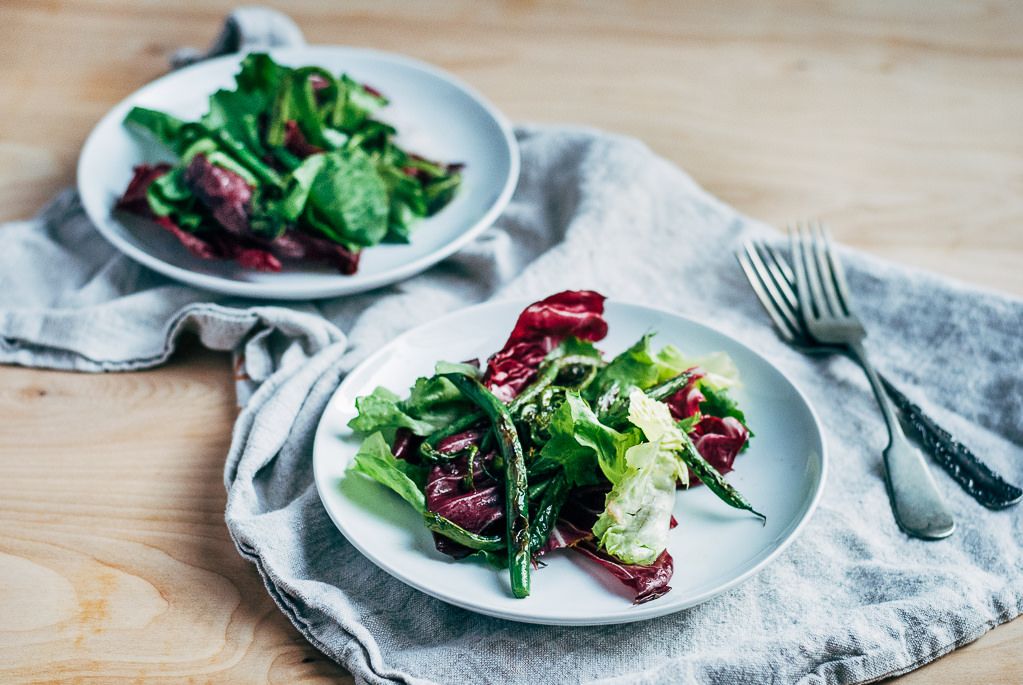 If the spring growing season has an equivalent of the golden hour, this is it. Good things like supple leafy greens, lettuces, berries, and asparagus abound. The first of the summer vegetables are trickling in, tender green beans chief among them. And all the while, bona fide spring treats like fiddleheads haven't disappeared from markets or forest floors just yet.

Both escarole and radicchio, best known as fall produce, have a spring peak as well—and their edge of bitterness make them a welcome addition to a delicate, sweet spring salad. On their own, the bitterness can be a bit much, but when they're tossed with a savory sherry-orange vinaigrette and just slightly wilted from contact with warm blistered green beans and fiddleheads, they are transformed into something surprising and delicious.

More: Leftover fiddleheads? Stick them in an earthy frittata. 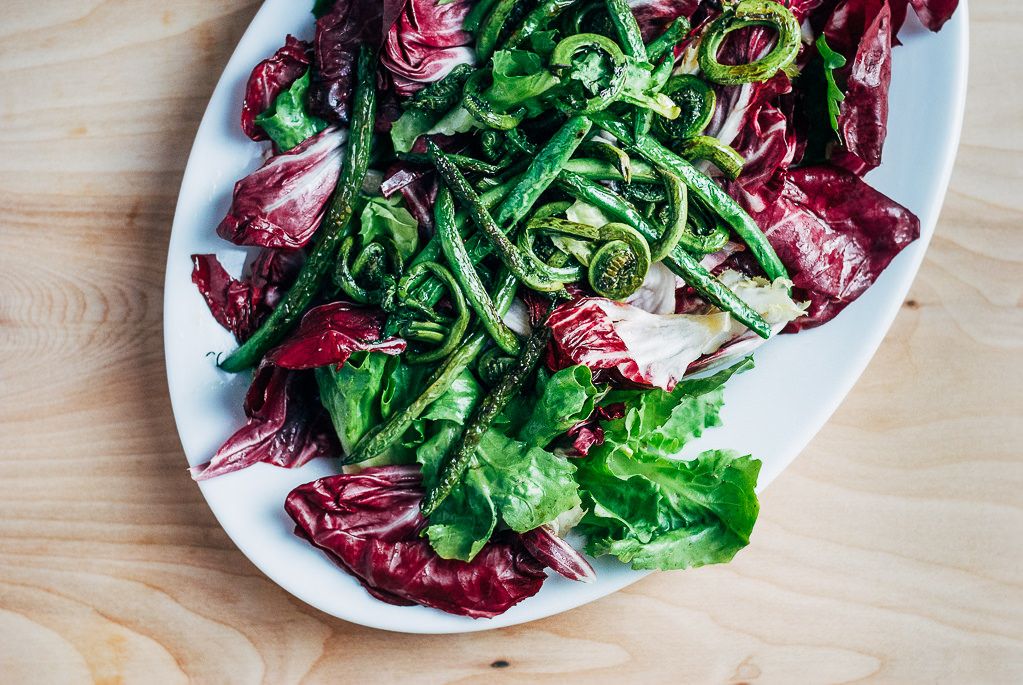 There is some debate as to how to select and prepare fiddleheads. If you're new to them, get yours from someone you trust and boil them in generously salted water for about 10 minutes. After that, toss the fiddleheads in a hot pan with a touch of high heat oil and a little salt. Let them sit, undisturbed, for a minute or two. Once the surface is dotted with golden spots, flip, and cook the other side. Fiddleheads have a distinct flavor similar to green beans, but they're also delightfully distinct (plus, you get the sheer joy of eating little ferns).

This salad has the bonus of including green beans, too, so you can compare and contrast for yourself. Rest assured, if you can't track fiddleheads down, green beans all by themselves still make for a wonderful salad. 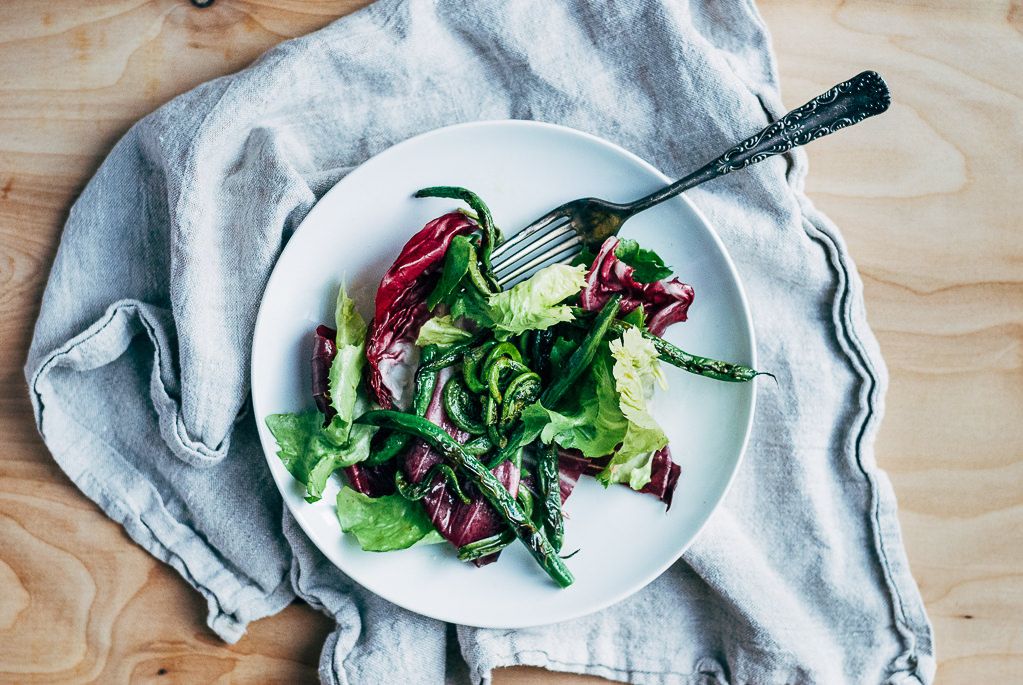 For the fiddlehead and green bean salad: