How to Fall in Love with Cracklin' Oat Bran 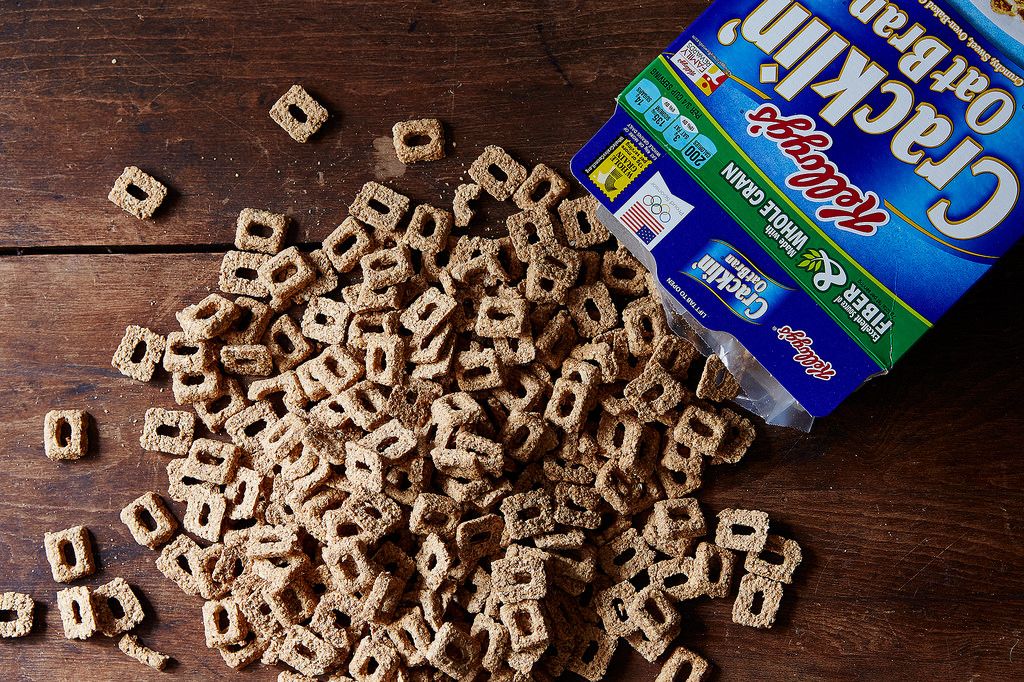 Second, even if one serving does contain almost a quarter of your daily recommended amount of fiber, Cracklin' Oat Bran is not health food. It's more closely related to Honey Bunches of Oats or Cinnamon Toast Crunch than to virtuous bran muffins. Just take a look (but not too closely!) at the nutrition label if you want to see for yourself. 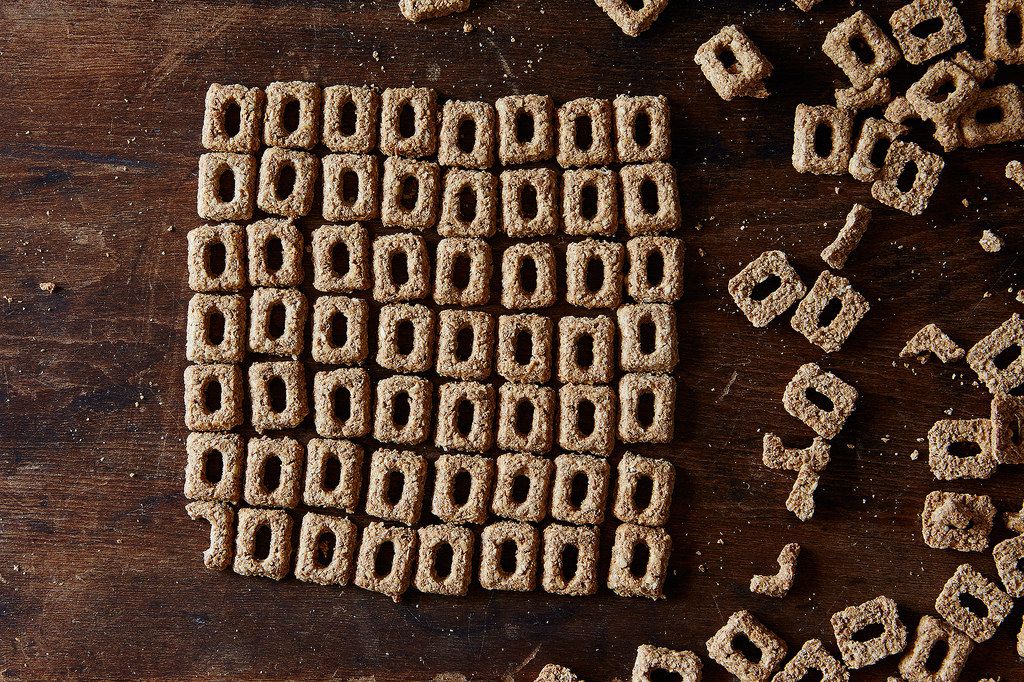 Once you get over those two false assumptions, your love affair with Cracklin’ Oat Bran can begin. It’s a risky relationship—much has been written about the dangerous dependence that can develop, and I myself could hardly exit my college dining hall without grabbing a handful. (And now, the only thing that stops me from returning to my addiction is the exorbitant price of one box—$6.99 at my corner grocery store, to be exact.)

But there are also odes to the cereal to be found all over the internet (especially on Amazon). In Steven M. Weyerts Jr.’s review—titled “It’s like eating an Angel”—he writes: “This cereal is loved by freakin' everybody. Like, seriously. I once found the lost city of El Dorado—turns out it was Cracklin' Oats. I would recommend trying it in soup. Also great for pool parties.” Amazon user Matt calls the cereal the “nectar of the Gods,” and writes that it is “a cereal of legendary status. It can cure the most distressing problems with a single morsel. The taste is like no other food known to man; as a result of eating this cereal, you will not have taste for other foods.” And Kyle Price titled his review of the cereal “Basically Cookies.”

My preferred Cracklin’ Oat Bran consumption goes like this: Fill up a bowl with the cereal, cover completely with cold milk (preferably soy milk), distract myself for 5 to 10 minutes, return when the little squares have absorbed the milk. Use a spoon to encourage the disintegration of the squares until I have a mush of cold, cinnamon- and nutmeg-flecked porridge. 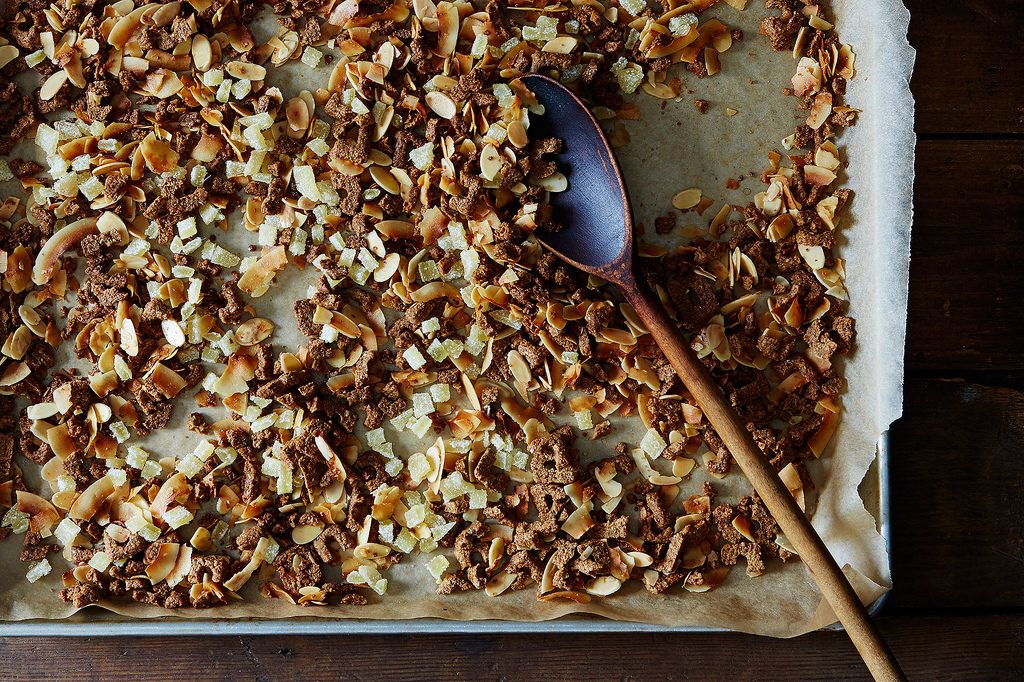 But when I am tired of bowls of plain Cracklin’ Oats or, what’s more likely, when I want to sneak some of this cereal into someone else’s diet and get them hooked, too, I like these more impressive options:

1. Cracklin' Oat Bran Granola
When you swap out rolled oats for irregularly-sized pieces of Cracklin' Oat Bran, you get a granola that bakes much more quickly than the usual rendition and needs barely any additional sweetener. And because Cracklin' Oat Bran is already flavored with cinnamon and nutmeg, you don't have to dump in a whole slew of spices either.

I like mixing in chopped candied ginger and big flakes of coconut; the latter is a natural addition because Cracklin' Oat Bran already contains coconut (surprise!). I'd imagine this granola would be just as good with tart dried cherries, walnuts, or banana chips. 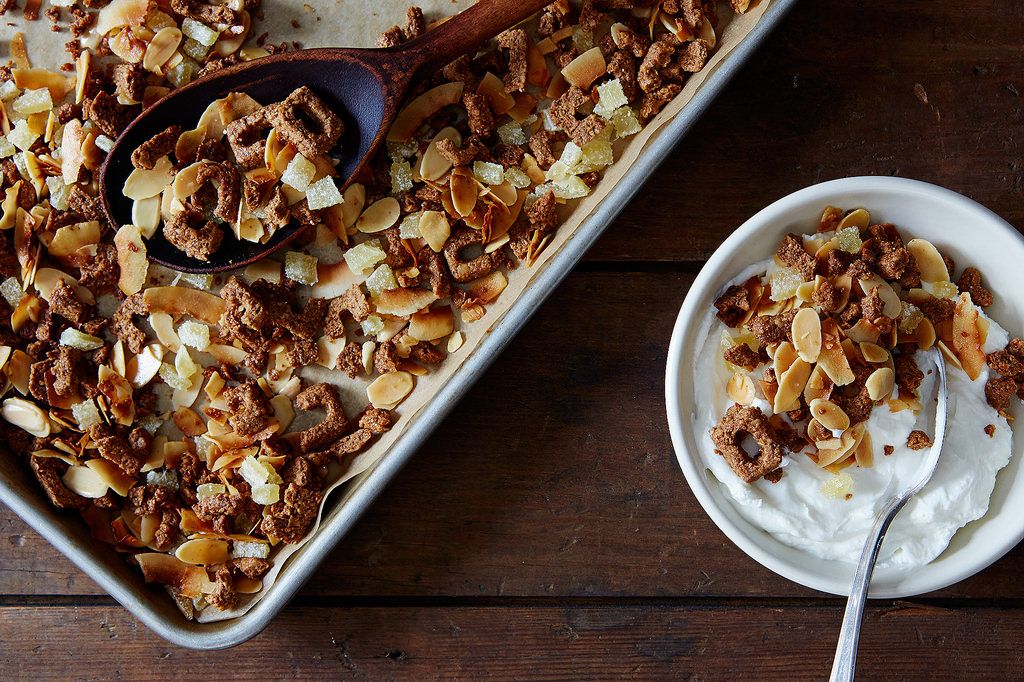 2. Cracklin' Oat Bran Crumble
Use whatever fruit you'd like to make this crumble (here's a guide), but substitute the flour and rolled oats for pulveried Cracklin' Oat Bran. You'll get a crumb top that's crunchier, toastier, and chewier than the garden-variety. I like adding large pieces of nuts to add texture and taste variation, but you could skip them. It'd be smart (and daring!) to add cocoa powder or peanut butter to the topping. And, in the fall or winter, this topping would be especially good over tart cranberries or pumpkin custard. 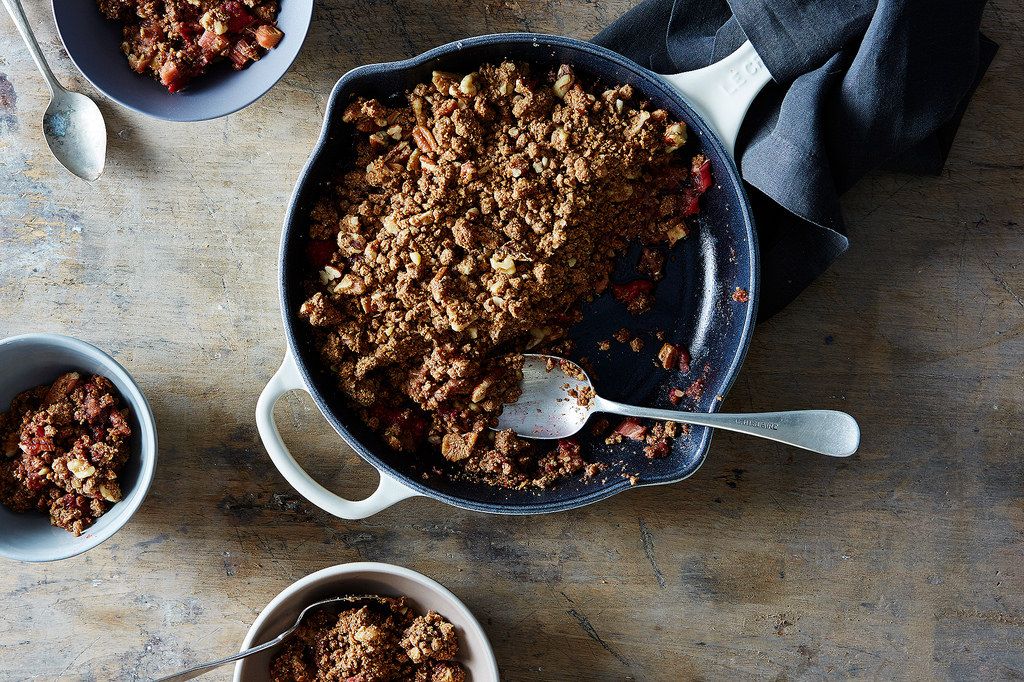 3. Cracklin' Oat Bran Pie CrustThis is a louder, more outspoken version of your run-of-the-mill graham cracker crust. It's more flavorful and it's also got more of a bite (don't be alarmed if it's a bit more difficult to cut). Fill the crust with whatever you want; I went with Tartine Bakery's Lemon Cream, but I would love to try it filled with chocolate mousse, or with labneh topped with blackberries. Consider this crust a less healthy version of a nut crust. 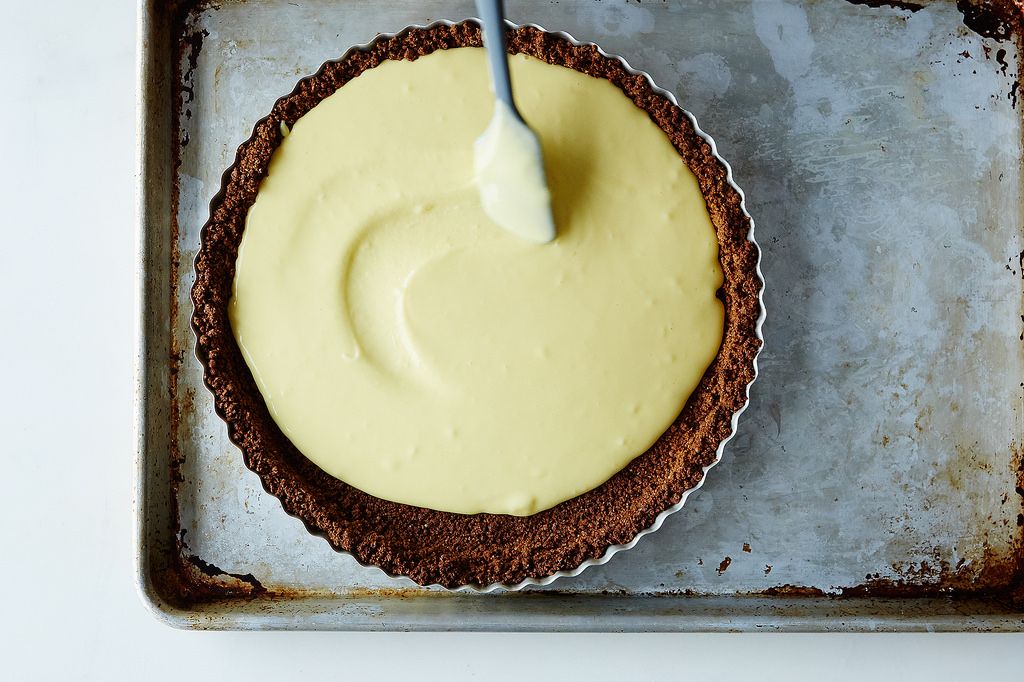 More ideas for Cracklin' Oat Bran that we didn't get around to (let us know if you do!):

Do you have a cereal you're obsessed with? Share with us in the comments below!

pamb May 31, 2015
This takes me back to my college days, when I would crush the Crackling' Oat Bran, mix it with milk and then heat it in the microwave. Yummy.

javafiend May 31, 2015
For those of us with allergies, there is nothing less healthy than a nut crust ;-)

Patricia S. May 27, 2015
I love this cereal! It's infuriating how expensive it is; and the boxes are about 2/3 the size of a standard cereal box!

Susan G. June 2, 2015
And yes, they're way out there nutrition-wise but oh so good. Cracklin' Oat Bran=Dessert.

Nicolé L. May 27, 2015
While I was pregnant, I would carry snack sized baggies of this cereal everywhere. I love MrsLarkin's idea of Honey Bunches of Oats AND Cracklin' Oat Bran AND berries. That sounds like Heaven.

sexyLAMBCHOPx May 27, 2015
My favorite cereal as a teenager! Viva la Cracklin; Oat bran! Between this product and triscuits you guys have me pegged!

BUT I usually top my Honey Bunches of Oats with a shot of Cracklin' Oat Bran, and a handful of berries. See? Healthy!

AntoniaJames May 26, 2015
Oh, my, that granola! So many great ideas here. I have not eaten that cereal in years, but I do recall enjoying it so much when I did. Its unmitigated sweetness no longer appeals to me as something I'd put in a bowl topped with milk, but you have certainly inspired me to play around with it as an ingredient. I have something in particular in mind, so stay tuned! ;o)

AntoniaJames May 28, 2015
I made some muffins last night with these, adapting my mother's ancient recipe that features high fiber bran cereal and buttermilk. I added a bit of nutmeg and allspice, and extra vanilla. They taste great, are nicely domed, and have a lovely texture, but they really aren't any better than the old recipe, as I've adapted it over the years. The cereal rather disappeared, leading me to conclude that this is not the most sensible way to use this expensive ingredient. I have another, better idea, however, which I hope to try this evening or over the weekend. ;o)

Delilah P. May 26, 2015
These have been my favorite ever since my mom bought them for me as a little kid! Its time they got their due respect!

Allyn May 26, 2015
These and Quaker Oatmeal Squares: totally underrated stars of the cereal world.

amysarah May 26, 2015
Quaker Oatmeal Squares are essential. A bit milder in sweetness and they have this great texture - kind of dense - when soaked in milk. Ridiculously satisfying.

Lkbixby May 26, 2015
Oh man. I LOVE this cereal, though I also try not to buy it too often due to the price and lack of healthiness haha. But now you've tempted me into expanding my consumption in so many new ways!