Why the Author of Our Vegan Cookbook Doesn't Like Veggie Burgers

We interrupt our regularly scheduled New Veganism content to bring you the next in our "Meet Our Contributors" series—Food52's version of show and tell. We're asking some of the voices behind your favorite columns to share a recipe that represents them (and explain why). 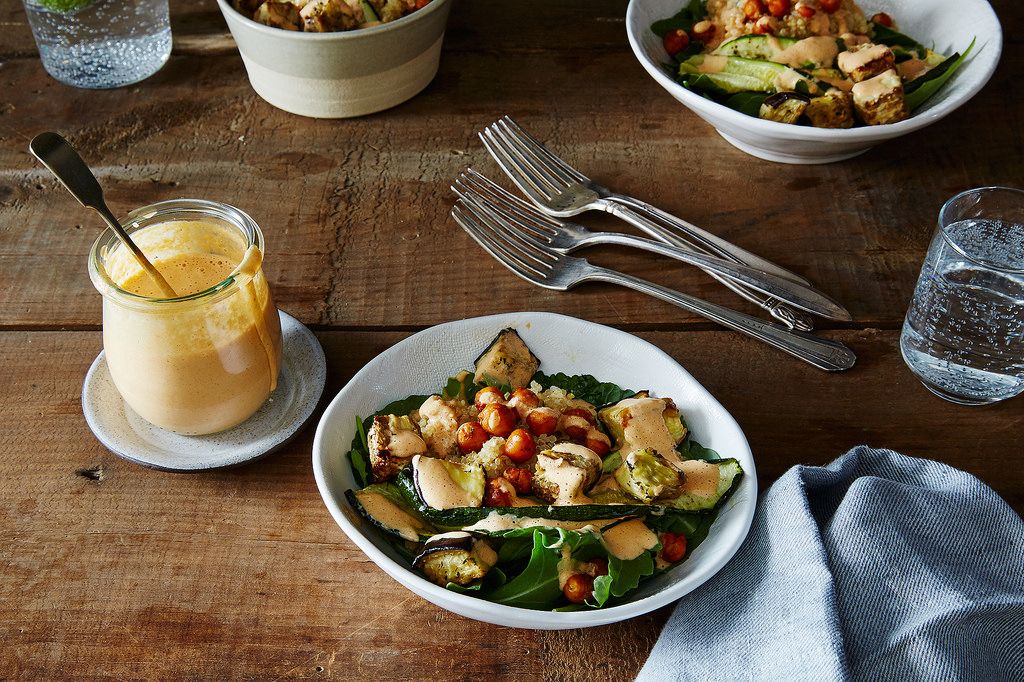 Tell us about this recipe—what about it makes it you?
I hesitated to share this recipe because I figured it might be too simple. I thought that perhaps I ought to choose a more cohesive and elaborate vegan dish instead—some reinvention of a classic, or something that featured a technique that is unique to plant-based cooking. But since the point of this post is to capture my culinary sensibility, I had to go with a bowl.

Vegans love bowls. We just do. I recently went to a vegan bloggers’ conference, and there was an entire lunch spread titled “Vegans Love Bowls.” Maybe they’re just an easy vehicle for all of the staples in plant-based cooking: different types of vegetables, grains, legumes, maybe a sprinkle of nuts or a bit of seared tempeh or baked tofu. Maybe it’s an excuse to have a smorgasbord of beloved ingredients in one meal, a way to avoid having to pick and choose between one’s favorite things. Maybe it’s all just an elaborate way to showcase sauce—because the magical, crucial, transformative ingredient in any bowl is the sauce you smother it with. 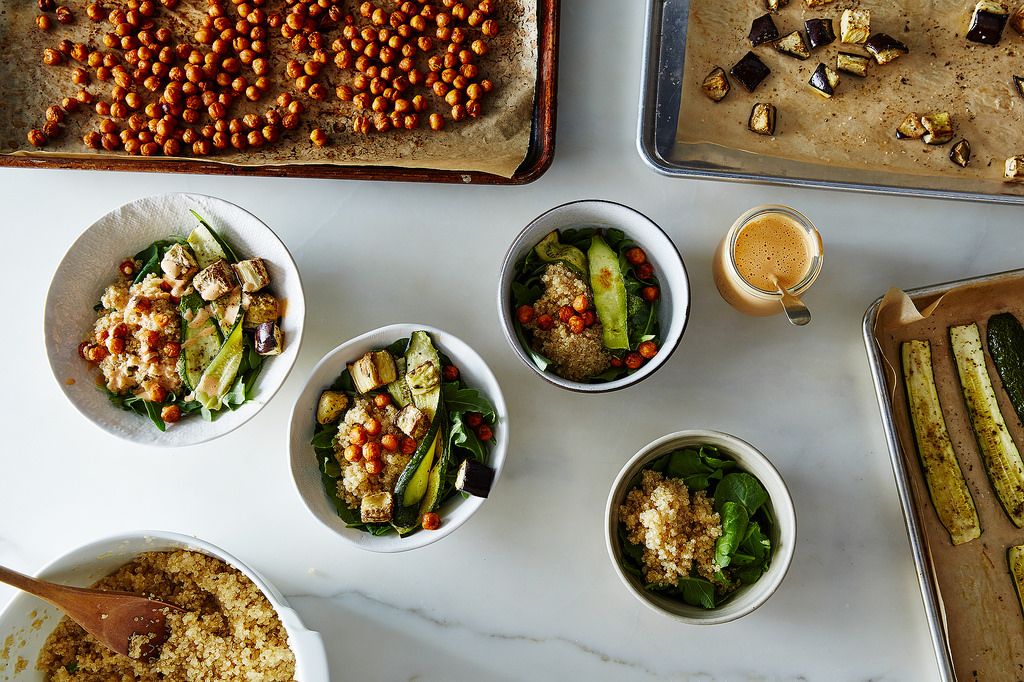 All of the components of a great grain bowl: quinoa, crunchy chickpeas, roasted vegetables, and, of course, a creamy, spicy sauce.

This bowl is an assembly of my favorite things: roasted seasonal vegetables, quinoa, crispy toasted chickpeas, greens, and a killer sauce. It channels some of my personal heritage (I’m half Greek) and displays a lot of my favorite spices, including smoked paprika and cumin. It may seem like a fair amount of work for a humble bowl meal, but the best part of bowl-making is that you can prepare enough of the individual components to assure that you’ll have leftovers. Make extra chickpeas and sprinkle them over a salad. Double up the quinoa and use your leftovers in quinoa breakfast porridge. Roast extra veggies and toss them into a pasta bowl tomorrow night.

As for the harissa tahini sauce…well, just try not to polish it off with a spoon. 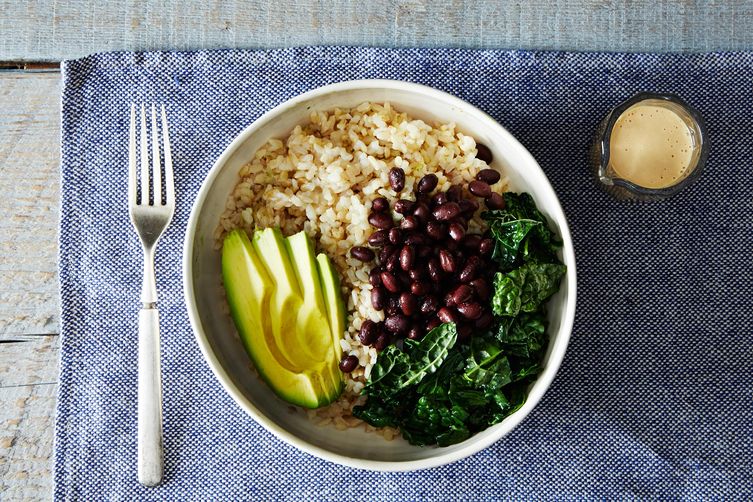 What is your desert island food (practicalities aside)?
Whole grains, for sure. I could live off of porridges, grain bowls, and grain salads. One of my favorite summertime foods is a hot bowl of brown rice with cold chopped tomatoes, salt, and a squeeze of lemon. Whole grains make me feel grounded and nourished: It’s not hard for me to understand why they’re the foundation of so many diets around the world. When I was writing Food52 Vegan, one of my goals was to feature whole grains in a variety of ways, from soaked muesli to quinoa chili to millet and vegetable tagine. The variety of whole grain cooking is really endless, and the results are so satisfying.

What is your fruit or vegetable spirit animal?
I’m going for it: kale. I know it’s kind of cliché, but sorry not sorry. My first recipe for the New Veganism column was a kale salad and I chose it because I could (and mostly do) eat some form of kale every single day. Kale appears at least five times in the sixty recipes presented in Food52 Vegan (in stew, in kale chips, in salad), and I unabashedly loved every single chance I had to showcase it. 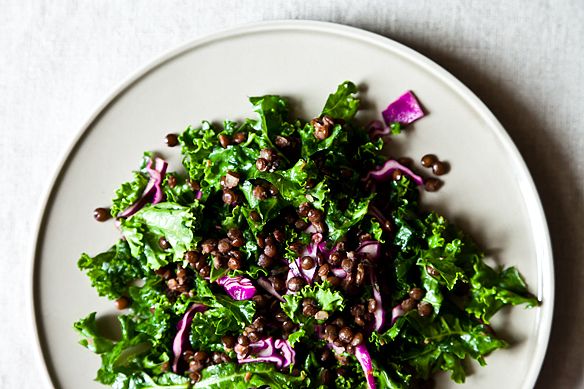 What's one food you pretend to like but secretly hate?
Easy: veggie burgers. They’re sort of a vegan staple food, and I get it, I really do. What’s more exciting to a vegan home cook than the chance to reclaim a classic meat dish?

Truthfully, though, I hate making veggie burgers. The texture is really hard to get right—one little misstep, and they easily become either too crumbly or too dense—and they tend to demand a lot of work for a finished product that’s fairly one-note. I think I also developed a resentment of them early in my vegan years, when a ho-hum veggie burger was often the only vegan/vegetarian offering on so many restaurant menus. Beyond all of this, my instinct as a vegan cook is rarely to try to approximate traditional meat dishes: I don’t mind the challenge, but I’d rather try to find new ways to highlight plant-based ingredients. 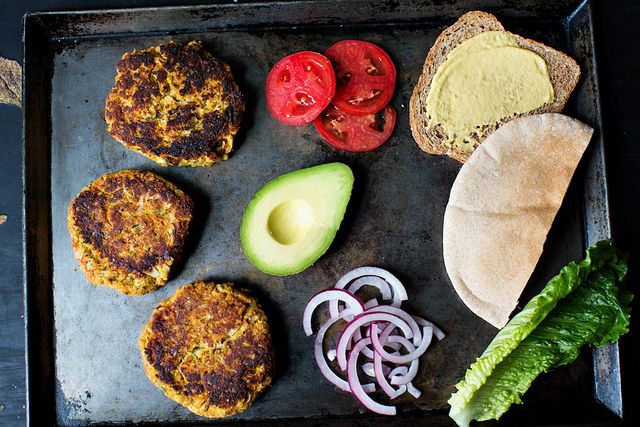 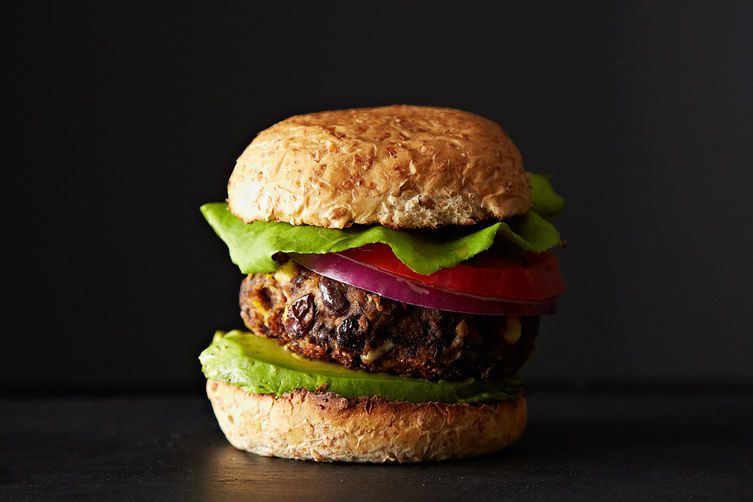 Still, I haven’t allowed my anti-veggie burger bias to keep me from making a good number of them. I made quinoa zucchini burgers as one of my very first New Veganism recipes, and they are great: summery, flavorful. That recipe appears in Food52 Vegan, except we rightly retitled them “cakes,” because they’re smaller and more delicate than most burgers. I’m also proud of the mushroom, pecan, and lentil burgers in the book, which really are the “meatiest” and most umami-rich vegan burgers I’ve made. I doubt it’ll ever occur to me to make veggie burgers when I’m cooking for myself, but if they help to make other people rethink what’s possible with plant-based ingredients, then I’m all for it. 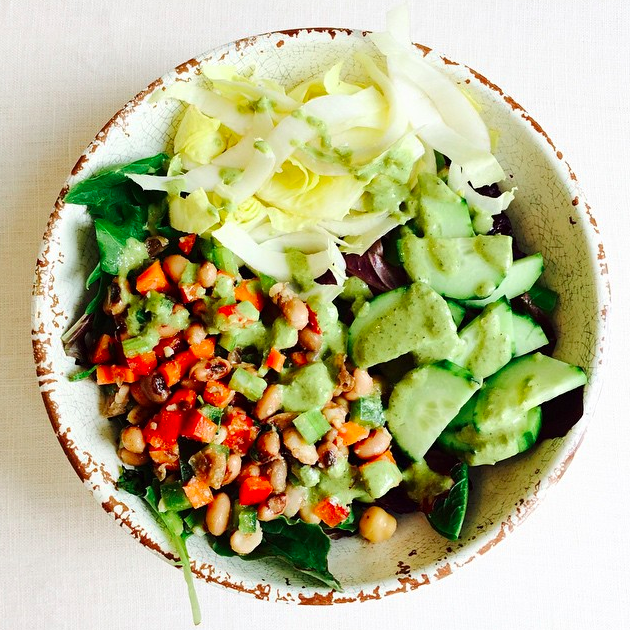 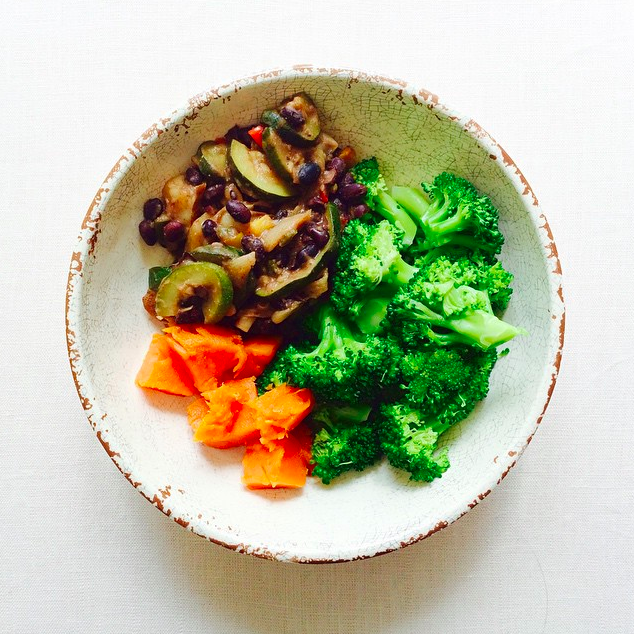 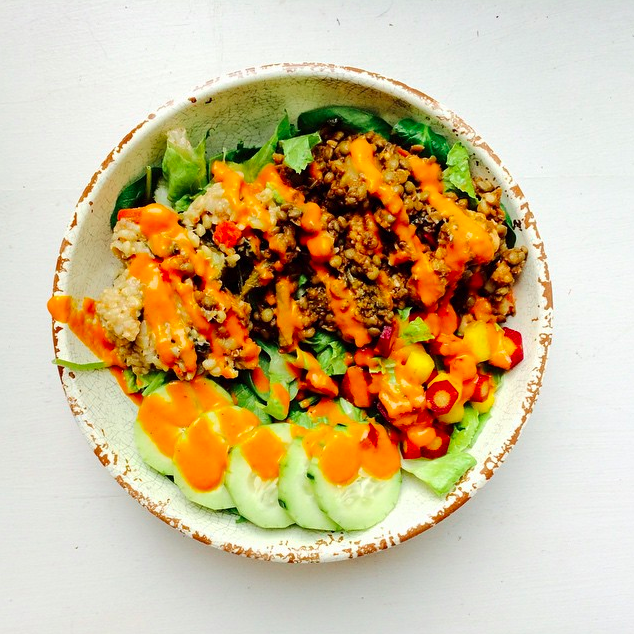 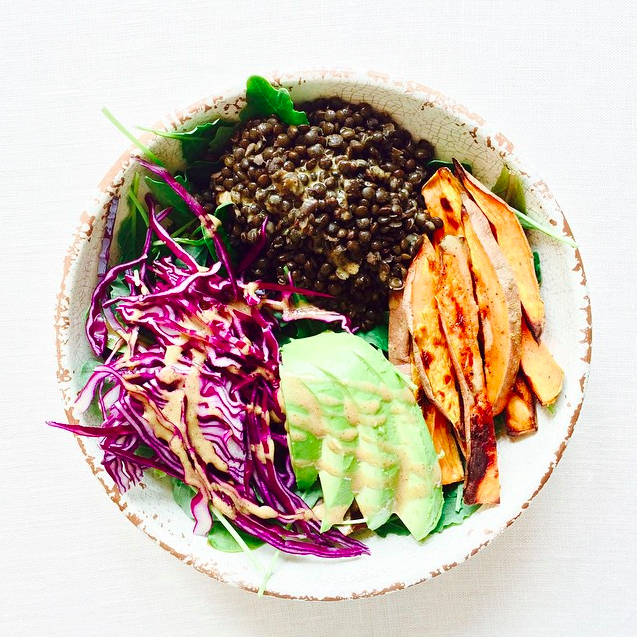 Does Gena love bowls? We'll let you be the judge of that.

What's something that someone wouldn't know about you from reading your column?
I’m obsessed with horror movies. I’ve seen a shocking number of them, and not only the artsy ones, like Suspira, or the ones that have been deemed “classics,” like Night of the Living Dead. I’ve seen most of the film industry’s offering of trashy horror flicks from the last decade. Given that my entire lifestyle is oriented around nonviolence, it’s a little incongruous. 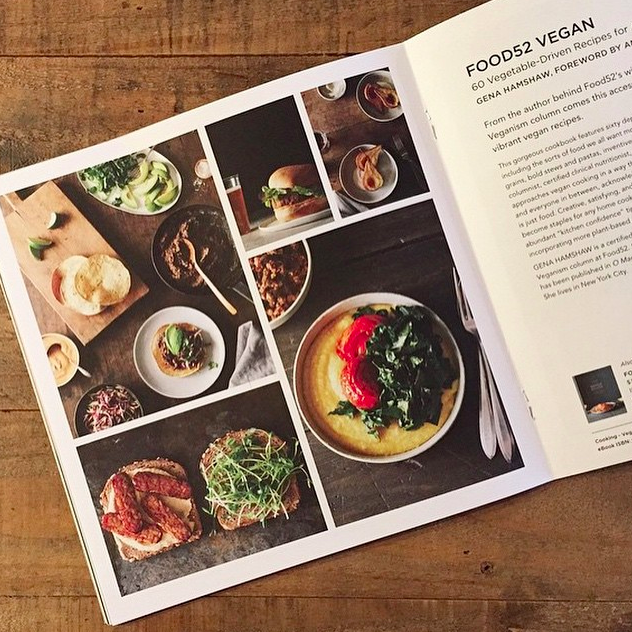 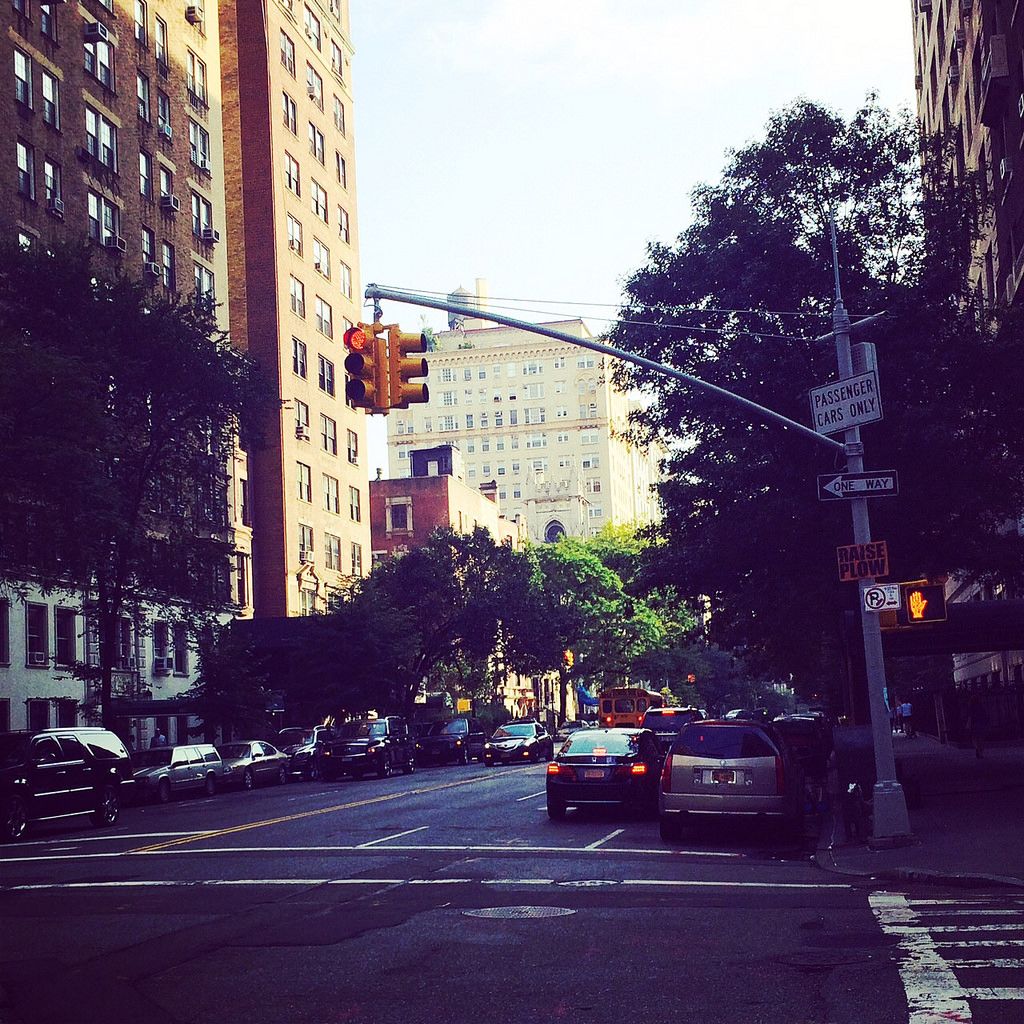 Could you also tell us about your hometown?
I’m a New Yorker, born and raised. My only stint away from New York City was the three-and-a-half year period I spent in Washington, D.C., doing a post-bacc degree. The right-hand photo above is a snapshot of the Upper West Side, which is the neighborhood where I’ve spent nearly thirty years (not including my time in Washington). It’s the closest thing I’ve got to a backyard.

For the harissa tahini sauce:

See the full recipe (and sanve and print it) here.

Dave S. March 23, 2018
I was just writing you to give you a heads up. Not trying to be rude or anything like that but some of the language I. Your recipes is a bit confusing. In your burger recipe for instance, “1/2 cup toasted pecans, chopped”. That’s a half cup of toasted pecans before being chopped. Then, you’ve listed “1 cup cooked red lentils” which is one cup after being cooked. The correct language would’ve been “1 cup red lentils, cooked”. By your own admission, veggie burgers must have the correct ratio of wet:dry. That being said, the correct language in the listing of the ingredients is definitely key. Despite having to guess some of the quantities of ingredients, I absolutely love your cookbook. Thank you so much for your time.

Wow February 2, 2016
Veggie burgers are not fake meat... Seriously. Think about it. Animal flesh is processed into a paddy and put on a bun. Why can't the same be done for veggies? How is that less legitimate? Maybe we just want to eat patties on a bun? Shit, might as well start calling falafel "fake meatballs". Blah.

maggie August 17, 2015
oh thank the lord, I'm not alone! I loathe veggie burgers - and all other attempts at fake meat. I'm also a bit mystified by them. Why?
As a side note, a friend once described his mother's attempts at vegetarian cooking as "three veg and a chop-shaped space". Maybe the fake meat is designed for people like her.

Deedledum July 26, 2015
I love bowls of all sorts, especially in the summer. Even though some think they take forever to put together, it's not so bad when you consider that so many elements (grains/noodles etc), proteins and sauces can be prepared ahead and frozen. There are so many possibilities when you get into the habit of making the components ahead of time, and it's easy to change it up as the changing seasons bring us new goodies. I'm always on the hunt for more recipes-I'd be a happy chappy indeed if Food 52 started a Bowl column!

PieceOfLayerCake July 9, 2015
I'm not vegan and I love me a well-made veggie burger. Its not about equating it to meat for me. In fact, when I'm eating vegetarian/vegan, I'm enjoying the dynamics of that cuisine and my motivation is to taste the earthy goodness. However, I'm not a vegan by lifestyle, so I'm sure its different for those that are.

That being said...a good hippie bowl (as I like to call them) is FAR superior to a veggie burger any day. Endlessly versatile.

DC99 July 9, 2015
I suppose you are approximating meat if you eat your veggie burger on a bun with lettuce and tomato, but vegetable patties are a long-time favorite snack food in India (often called tikka).
Author Comment