Put Your Perfect Plums in a Blender, Even if it Pains You

Would you like a piece of cake right now? For Goodness Cake is here for you.

Today: Forget the icebox. Turn your plums into caramel and turn that caramel into cake—your fruit will be safer that way. 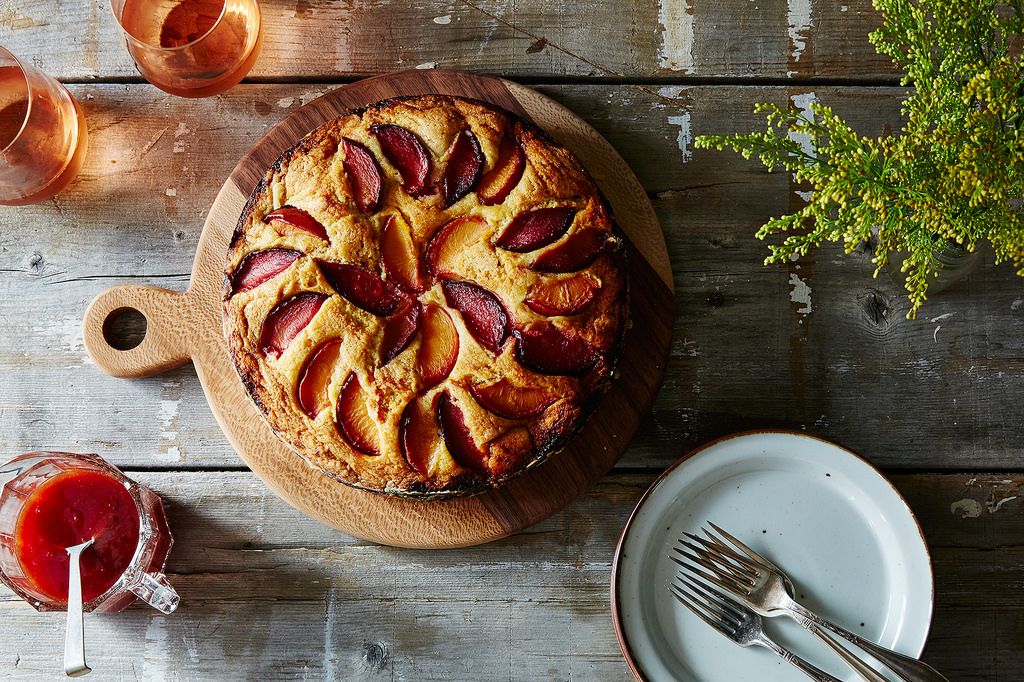 There aren’t a lot of legends in my family, but there is one about a plum.

When my dad was a 13-year-old at Camp Robin Hood in 1969, he stole one. He was on a trip to Ogunquit or Old Orchard Beach, Maine (he can’t remember which) and, as the story goes, all the others boys were snatching from the fruit stand. Young Henry went along with it but, wracked with guilt, turned himself in soon after. The confession cost him the title of “Master Camper” and taught him never to steal.

But even though I’ve grown up with this folklore as a soundtrack, I too, have been tempted to steal plums. They’re just so palm-able, so snack-able and juggle-able and grab-able. You can wrap your entire fist around the smallest one and trap it like a firefly. As long as you’re not wearing skinny jeans, you can pocket a plum easily. But since eating just one feels like a snack for a toddler, you’ll need at least two or three. Wear cargo pants and you can probably fit at least thirty. 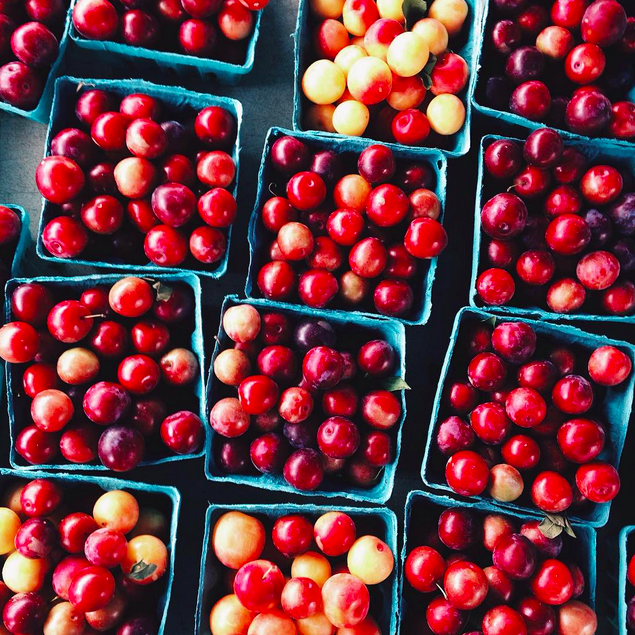 Plums at the Union Square Greenmarket, photographed by Caroline Lange


If you’ve purchased plums fair and square, you must protect them from thieves like me, my dad, and William Carlos Williams. Rather than store them in an icebox, I recommend putting your plums in a cake—specifically, in this cake from Suzanne Goin.

When I told Kenzi that the recipe I was making from The A.O.C. Cookbook, she immediately asked, “But what’s A.O.C. about it?” She rightly assumed that this plum cake—conceived by a chef known for her considered, flavorful preparations—had something that other plum cakes did not. The additions of crème fraîche, semolina flour, and thick fruit slices are not what make this cake special.

No, its real signature is the "plum caramel," which is made by puréeing plums (this will feel like a crime worse than robbery, so close your eyes) with lemon juice and then whisking this mixture into caramelized sugar. 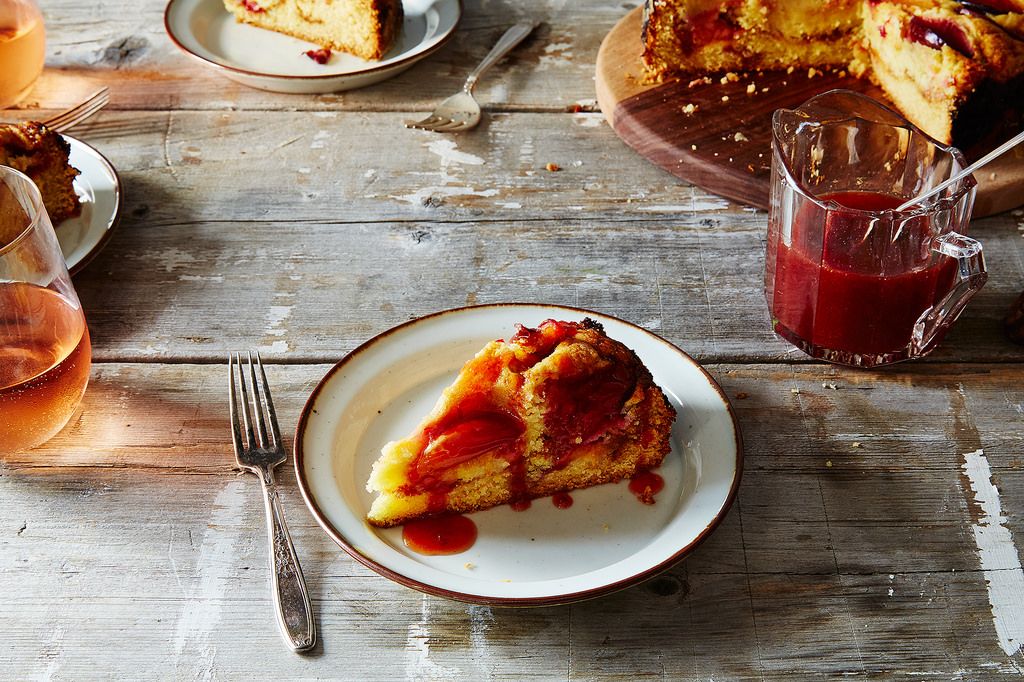 You'll get a purplish, slightly sour syrup to layer in the raw cake and serve atop the finished slices. And you'll have enough leftover to drizzle over yogurt, ice cream, or cream biscuits. Or freeze the leftovers and resurrect that plum flavor once November hits.

If you aren't as plum crazy as I am, Goin assures that this dessert can be made with any super-ripe summer fruit: blackberries, nectarines, or figs, for example. And while I have yet to try making the caramel component with another fruit as the purée, I'm excited by the possibilities (grape caramel? blueberry caramel? strawberry caramel?).

To this day, no plum is safe when my dad's around. "P.S. I have eaten two delicious black plums today," he says when I ask him to recall the incident. But this cake is harder to make off with—just keep a close on eye on it, and be sure to cut an extra helping for yourself.

Barely adapted from The A.O.C. Cookbook by Suzanne Goin

For the plum caramel:

Sarah M. August 18, 2015
The way you/William Carlos Williams write about plums makes me reconsider their worth as a fruit. I wonder if there's a way to incorporate WCW into every future column. Also, my dad still calls our refrigerator the icebox.

kgw August 2, 2015
Made this yesterday for my mother's 97th birthday party! Get to eat it today at the party. . .The batter was delicious, not to mention the plum caramel!
That is some sticky batter: took all my skillz to get it spread out on top of the buttered paper ;~)

Denise July 30, 2015
Will be making this! Is it better to use the prune plums or the Santa Rosa plums?
Author Comment

Sarah J. July 31, 2015
I would use the Santa Rosa plums, but both will be delicious! Maybe you can use the prune plums in Marian Burros' plum torte and have a plum cake party. I would come!

AntoniaJames July 30, 2015
The blender (or actually, the food processor) is quite helpful as well in making jams and sauces, e.g., savory glazes and barbecue and similar savory sauces, as it ensures the peels are not unwieldy.
This looks like an excellent cake - though don't 18 tablespoons of butter = 2 and one quarter stick, not 2 and a half? ;o)
Author Comment