Today: This classic dish of fish stewed in tomato sauce—famous in Livorno, Tuscany—has a multinational history that might surprise you. 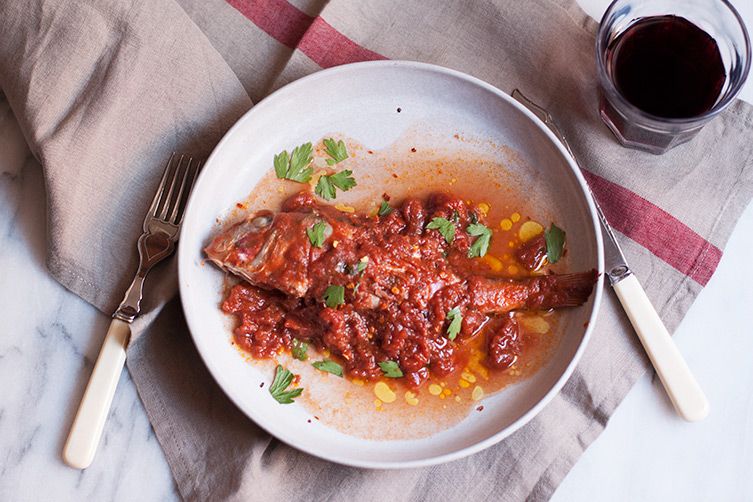 Not all Tuscan food is ribollita and panzanella. Visit the town of Livorno, Tuscany's most important port city, and you'll find distinctive, seafood-based cuisine that's the product of a melting pot of cultures. Thanks to the port's duty-free, open door policy between the sixteenth and nineteenth centuries, Livorno was a flourishing cosmopolitan city with a large population of foreign merchants with Jewish, Armenian, Dutch, English and Greek origins, all of whom left their mark.

Next to cacciucco, a stew made of thirteen types of seafood cooked in tomatoes, some of Livorno's most well-known dishes are baccalà alla livornese—stockfish that's deep-fried and stewed in tomatoes (sometimes with the addition of olives and capers)—and the hot spiked drink ponce alla livornese, which is similar to a hot toddy but made with espresso.

And then there's triglie alla livornese: whole, locally-caught red mullets, cooked in a pan of spicy tomato sauce. So what do most of the "alla livorno" (in the Livorno style) dishes have in common? 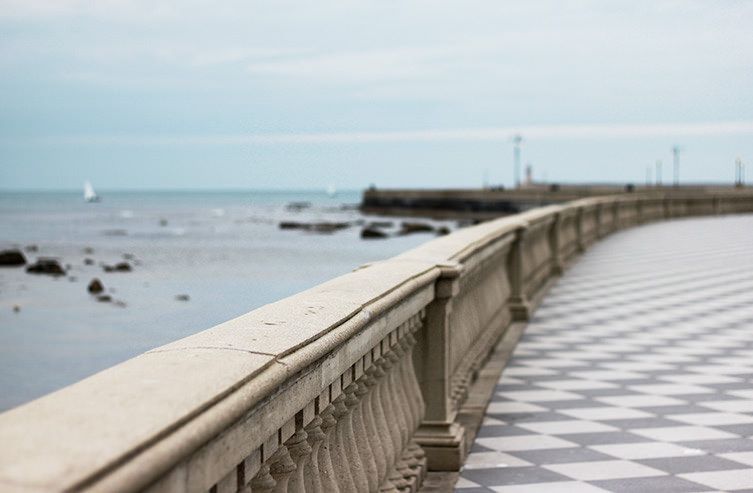 They are usually stewed in tomatoes, either fresh or tinned. While today we may think of tomatoes as a very Italian ingredient, they are actually native to the Americas and were introduced to the Italian peninsula via Spanish explorers in the early sixteenth century. At first they were viewed with suspicion and kept as ornamental plants; it wasn't until the next century that tomatoes began to appear regularly in kitchens across the country.

Although it's not well-known, credit should be given to Livorno's Jewish community for first showing the Tuscans how to use tomatoes in their dishes, and this classic dish is a brilliant example of how it was done. It's still a favorite of Livorno's Jewish cuisine and possibly one of the best ways you can prepare red mullet.

And forget what you think about pairing white wine with fish—in Livorno, it's always red. Go for Sangiovese! You're in Tuscany, after all. 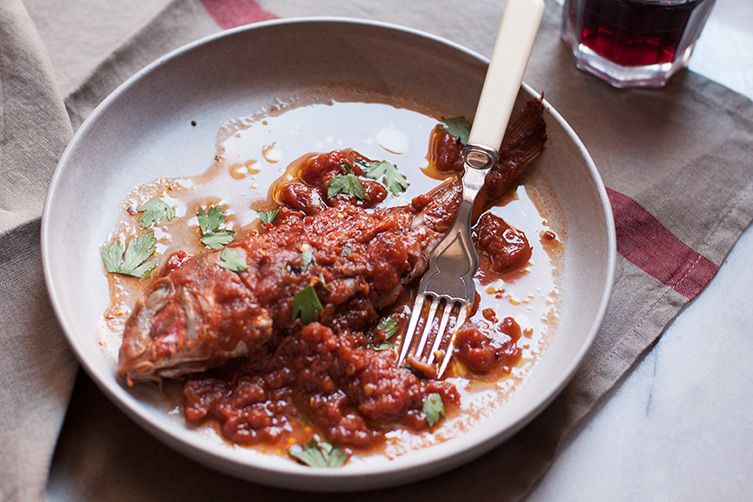