The 2-Ingredient Candy You'll Find All Over Italy

Today: A sticky two-ingredient brittle for any occasion. 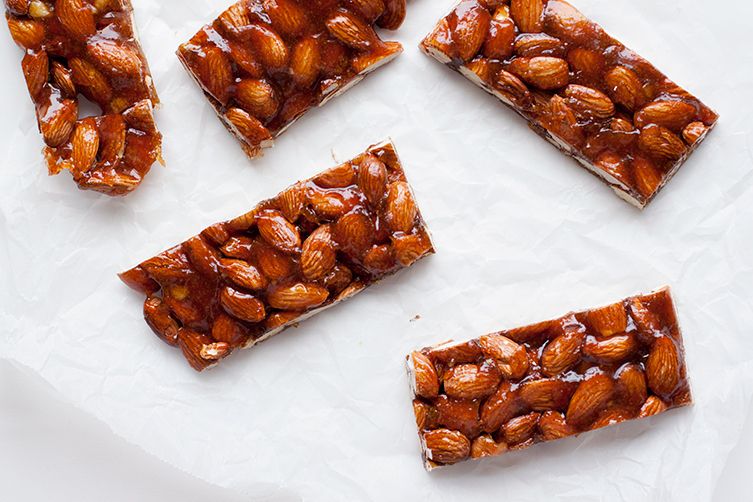 This sticky, brittle made from almonds in hard caramel is a Sicilian specialty, symbolic of all holidays, fairs, and festivals, from Carnival to Christmas. But it's also found all year round over the whole country, most often at street fairs—where hefty blocks wrapped in cellophane are sold from stalls bearing all sorts of traditional candies and treats like marzipan fruit and cookies. In Sicily, particularly in the Noto Valley, you'll find it in pastry shops and cafés during any month of the year.

It's known as torrone siciliano (Sicilian nougat) but unlike the torrone that most are used to—the soft, marshmallowy nougat made with sweetened egg whites and studded with nuts—this is more of a brittle. It requires just two main ingredients: almonds and sugar.

Even though Pellegrino Artusi, in his 1891 cookbook, cites the origins of torrone siciliano as an ancient Spanish recipe, this sweet brittle is most definitely Arabic in origin (after all, Sicily was an Arabic island for two centuries during the Middle Ages). This torrone is based on a treat originally made with sugar, honey, and sesame seeds, and its name in Sicilian dialect, cubbàita, comes from the arabic word qubbayt. 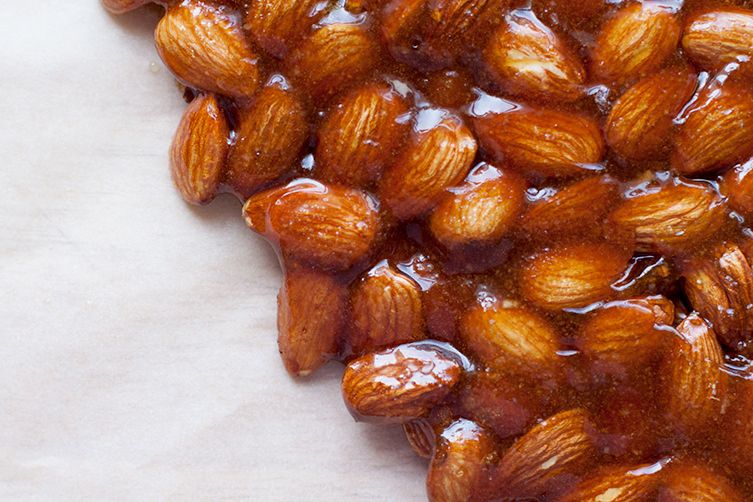 There are only a few variations when it comes to proper Sicilian torrone. You find it almost always in its classic form with almonds, though whether they are blanched or left with their skins on is a matter of personal taste and appearance. Around the area of Sicily's Mount Etna, pistachios are a popular variation (especially in Bronte, where some of the best pistachios in the world are grown), and some are even dipped in dark chocolate.

Elsewhere in Italy you will find this same sort of brittle under the name croccante (which literally means crunchy), made with a variety of different nuts: hazelnuts, pine nuts, or—in a thinner, more delicate version—sesame seeds. In Rome, I had an excellent, salty-sweet peanut croccante that was served with espresso, the perfect finish to an abundant trattoria meal.

The procedure is much the same in all these cases. Melt down the sugar. As soon as it liquifies and turns that deep brown caramel color, mix in the nuts and smooth the whole thing out onto an oiled marble slab or oiled parchment. (Some recipes call for simply combining the almonds and sugar together in a pot from the get-go.) From here, you have to work pretty quickly, flattening the mixture out with whatever you're game enough to put into contact with bubbling, hot caramel: wet hands and elbow grease, a rolling pin, or—most traditionally—half of a cut lemon, which will also helps to give the candy a nice shine. You don't have much time to get it to the desired shape and height before it solidifies. After that, all that's left to do is chop it into squares (while still slightly warm) and then share it around. 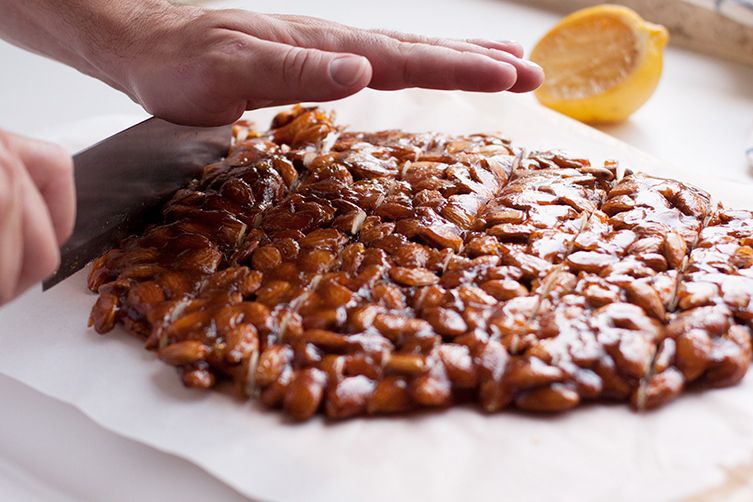 Don't be daunted about the idea of making caramel. It is an extremely simple recipe, just be aware there are a few key points when you need to be paying attention—otherwise you can easily end up with a disaster. 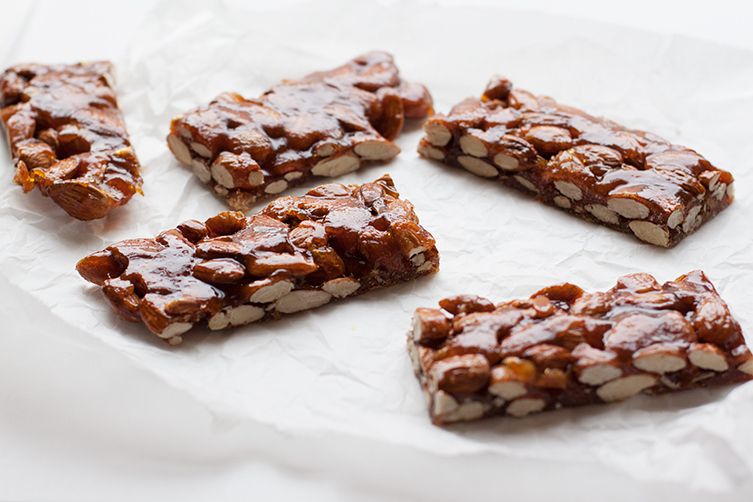 TruffleCream December 22, 2019
Should the almonds be roasted before using in this recipe?
Author Comment

Emiko December 27, 2019
No - you can see the whole recipe underneath the ingredients list where it says "see the full recipe here"

N. A. August 27, 2015
In our house this was always called "La Croccanta" and we still make it at Christmas (because it's just so easy to make). (Sorry to tell you this, but the Arabs ruled Sicily for much longer than 200 years. It was the Normans who ruled for only a couple of centuries. Sicilians didn't like them much).

Bella B. August 26, 2015
Brittle is so delicious! I love italian nougat. We have it at family dinners often.