My family has hosted Thanksgiving since the year before I was born, so this year will mark our 25th: the Silver Thanksgiving. I have only missed attending one year, and it was only because I was across the Atlantic Ocean. Thanksgiving is a big deal in our house. We go big—but we also go home.

We typically have anywhere from twenty to forty guests come sit at our Thanksgiving table. More join for dessert later on. Guests start arriving in the early afternoon, long before the turkey carving. The first who show up are usually our family friends, with vodka, grapefruits, and a juicer. I don't know how Greyhounds became part of our Thanksgiving tradition, but they are now firmly entrenched. 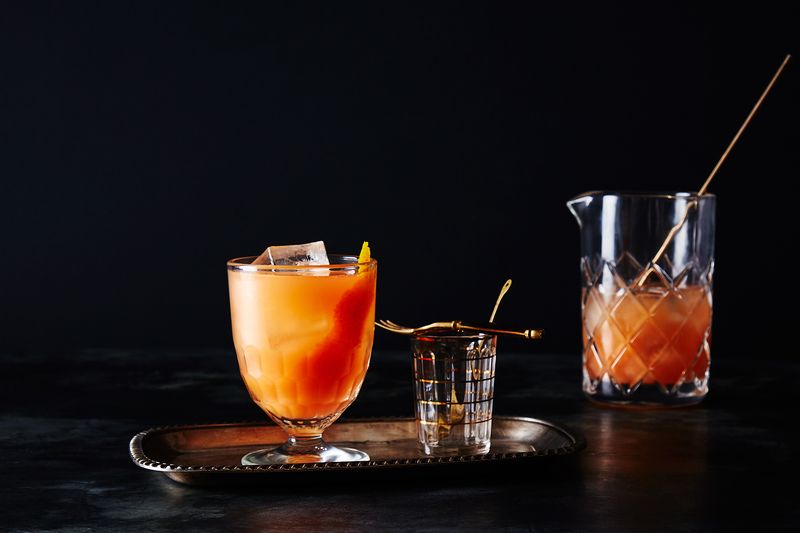 More: We use vodka in our Greyhounds, but gin is good, too.

The grapefruit juicing happens outside on the porch, where my father sets up camp early in the morning with the turkeys (we have so many people come, we need two). It is his one job, and he takes it very seriously. My mother brines said turkeys overnight in two coolers, and then my father stuffs them with onions, lemons, and whatever other bits and bobs we have floating around the crisper drawer. He usually throws in some rosemary, which grows wild in front of our house. He rubs their skin with butter and pats on salt and pepper.

Then he puts them both on our outdoor grill and lets them hang out for several hours, occasionally opening the hood to baste them with a little bit of Stella from the bottle in his hand. He cooks more on Thanksgiving than he does the rest of the year combined. This year we are deep-frying a turkey. My little sister has already added a fire extinguisher in our family Amazon cart. Probably a wise choice.

Each year, my mother thinks of some new decoration or twist to add to the festivities. She has recently learned how to Pinterest, which is rather frightening. Last year, each guest's place was set with an adorable and/or embarrassing childhood photo, which my mother acquired from surreptitious emails and a lot of Facebook sleuthing.

More: Not into brining and beer-basting? There are plenty of other turkey-cooking strategies right here. 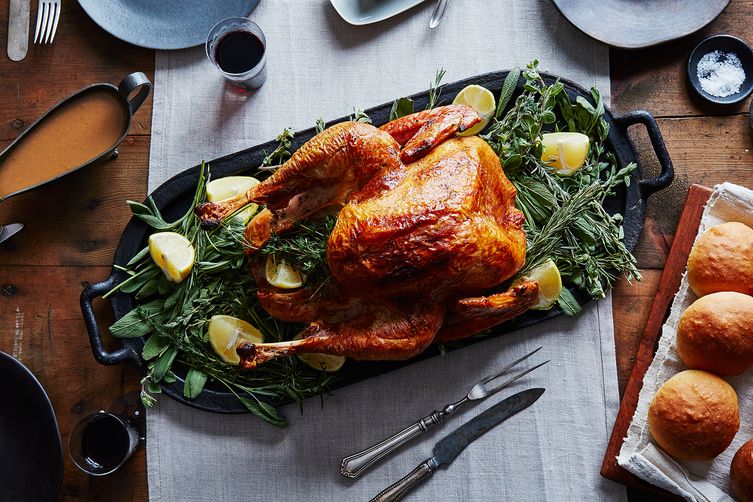 On Thanksgiving, I am barely allowed in the kitchen. This is probably because I am always trying to tweak our time-tested recipes. ("Let's put caramelized garlic in the mashed potatoes!") On any of the other 364 days of the year, my mother will humor me and let me try out new ideas or cooking methods I read about on the internet.

So on Thanksgiving, I am relegated to chief potato peeler. Since becoming vegetarian, however, I am allowed to make one meat-free entrée. Last year I made this Autumn Root Vegetable Gratin, and it was so popular I might have to pull a repeat this year. 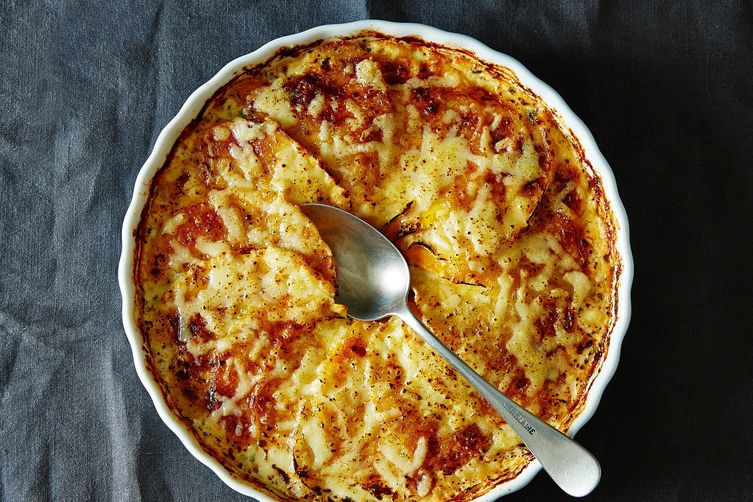 Every year, people ask what they can bring. The real answer is "nothing," but my mother typically tells our guests that dessert or a bottle of wine will be fine, thank you. Perhaps the only exception (besides the Greyhounds-makers) is our next-door neighbors, who are always among the first to arrive and bring pimento cheese (with Fritos for scooping) and marinated shrimp.

Both are always devoured within the hour. They provide a little Southern touch to a New England-inspired celebration, and though they might not be in the iconic Thanksgiving repertoire, for me, it's not Turkey Day without them. 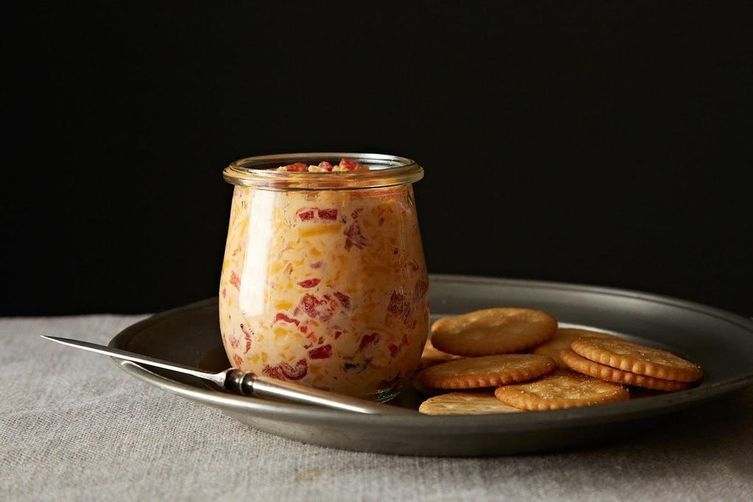 The meal itself seems to go by far too quickly, and before we've even started, we're up for seconds, and then clearing plates. Leftovers are spooned into Tupperwares only to be taken out of the fridge a few hours later for picking and late-night sandwiches. And then we turn to the dessert table, which always features my aunt's poundcake, several pumpkin pies, a sweet potato pie (my personal favorite), and an array of my mom's famous cookies. 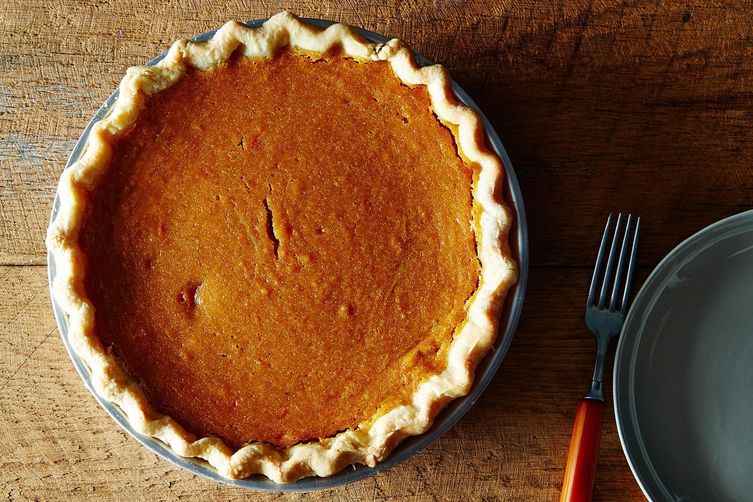 Then we divide based on our TV preferences: either football or the James Bond marathon. But all night long, people will meet back up in the kitchen to refill their wine glasses, shave a sliver off the pecan pie, or sneak a spoonful of cold mashed potatoes.

My favorite part of Thanksgiving comes the next day, when we make breakfast sandwiches from the leftover of the feast, followed by a slice of cold pie. Then we build a fire and settle in for a day of digesting.

From my neighbor, Mrs. Withington

Serves 6 to 8 as an appetizer

Do you have any non-traditional dishes on your Thanksgiving table? Tell us in the comments!