Why is Some Cream More Expensive (& Can You Taste the Difference)? More: Looking for a way to use up any bits of cream left lurking in the carton? Here are 15 ideas.

So if you're going to have a pint of cream in your fridge, the question now becomes "What kind?" Do you splurge on the organic, grade A, fancy-pants cream, or grab the store brand and save your dollars for cinnamon lattes and cozy-smelling candles? Today, we're putting heavy cream to the test, so you don't have to.

(Disclaimer: This taste test does not factor in the issue of animal ethics. It only explores taste and the ingredient information found on the labels.) Perhaps counterintuitively, I first tested the cream in a recipe: kale gratin. I chose this recipe because it's subtitled "the best reason to drown your kale in cream." And drown I did.

The results were... inconclusive. Maybe it was the fact that the cream was woven in with big hunks of lacitano kale and slices of sharp cheddar, but none of the testers could really distinguish one gratin from the other. The most I got from anyone was a reaching assertion that, in one, "the kale tasted more like kale." It probably didn't help that it was nearly impossible to serve each person an identical scoop from each gratin, one composed of equal parts cheese, kale, and cream. Some servings were cheesier and some were kale-ier, making it too difficult to judge them based on cream alone.

Conclusion: Gratins are much more about the cheese and vegetables you use, not so much about the dairy. Don't bother buying the fancy stuff. The same is probably true for recipes where cream is overpowered by other ingredients—like in soups, cakes, flavored ice creams, and bread puddings. Next, I tested the cream by whipping it—and whipping it real good. (Sorry, I had to. It's the only joke in this post, promise.) I whipped both creams with a bit of vanilla syrup for sweetness. Then I put down some spoons and let the testers have at it.

Unlike in the gratin taste test, the results here were very conclusive. With the exception of one tester, everyone preferred the more expensive cream. They described it as richer in flavor and having a better, silkier texture. One tester claimed that they could taste that it had more fat. (It did—but more on that later.) Another equated it to Reddi-wip—but in a good way. The more expensive cream was even more visually appealing, with a slight buttery yellow tinge that made it look like it was just brought in from the milking pail.

More: Try adding some Greek yogurt to your whipped cream (it's pretty Genius). 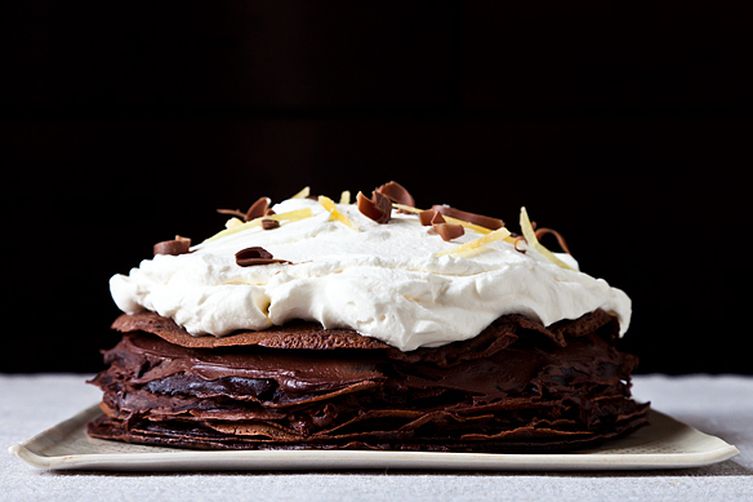 One look at the labels might explain why the pricier cream was the clear favorite. The only ingredient in the expensive cream was organic grade "A" cream, while the cheaper cream was made of cream, carrageenan (for thickening), mono and diglycerides (to keep the cream emulsified), and polysorbate 80 (another emulsifying agent). Quite a difference. The less expensive cream also had 5 grams of fat per serving, while the more expensive one had 6 grams per serving of the same size.

Conclusion: If you're whipping up some cream to top hot chocolate, pies, or chocolate crêpe cakes this holiday season (or if you're making a dish where cream is the primary ingredient and flavoring agent, such as a pure vanilla ice cream), it's worth forking over a bit more at the register for a higher quality product: Check the labels and choose the creams with the highest fat contents and the smallest ingredient list.

So now that you are more cream-conscious, pay a visit to the dairy aisle. Then make eggnog. It's the holidays; it's just what you do.

ChefJune January 8, 2016
The best cream I've found in the US is from Ronnybrook Dairy in upstate New York. It's sold at the Union Square Greenmarket on Wednesdays and Saturdays, and at "various stores" around the city, including Chelsea Market. It is not ultrapasteurized. In fact it is minimally pasteurized -- about as close to raw as you can get in these parts. And you can taste the difference in almost everything - especially ice cream and whipped cream.

cynbook December 9, 2015
We were VERY impressed with the cream we had in the UK. It seemed so much better than what I usually have on hand. I will now read the labels on the carton and buy accordingly.

Galapagos December 9, 2015
Expensive real cream with no additives makes a difference if you make ice cream, too.