Every week, a DIY expert spares us a trip to the grocery store and shows us how to make small batches of great foods at home.

Today, Adrianna Adarme of A Cozy Kitchen shows us that with just two simple ingredients, we can spare our wallets and whip up a small batch of crème fraîche right at home. 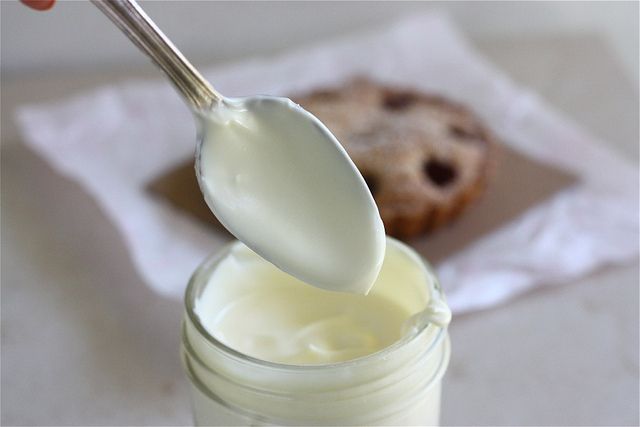 A few months into my first year in college, I realized that I hadn't prepared for such brokeness. In an attempt to pull myself out of college poverty, I applied for a waitressing job at a local brewpub. Aside from some insignificant retail jobs that lasted maybe a few weeks, I had no relevant work experience. So when it came time for my interview, I did what I seem to do best: I winged it. I spoke about everything that wasn't relevant -- how pretty the detailing on the general manager's shirt was, how nicely designed the restaurant was (it had a hideous interior), how challenging school was, etc.

Eventually I had to face the music and came clean, admitting to having no experience, but really really needing money. The general manager was visibly bummed; she genuinely wanted to hire me, but how could she at this point? She looked down at my application and said, "Well okay, so you have no experience. I can teach you how to juggle tables. I care more about people who know and like food. Can you answer this: What is crème fraîche?" My eyes lit up immediately.

My first dollop of crème fraîche had come into my life a few summers prior, in a cozy basement in the Netherlands. I was there on a road trip with my parents, and we stopped in the middle of the night in a small town called Emmen. The next morning, the bed and breakfast offered a quaint meal in the basement. This breakfast is one that I recall often. It was the first time I ever had eggs that were laid that very morning. The butter's hue was so bright and beautiful -- I had never seen anything like it. And its flavor! It may have been the best I've ever had. Next to the variety of fresh jams was a bowl of crème fraîche. I placed a spoonful atop some softly scrambled eggs, expecting it to mimic the flavor of sour cream; while it did have similarities, I found it far better. It was nutty, tangy and delightfully creamy.

After my movie-like flashback was done, I looked up and told the manager that I did know what crème fraîche was. She hired me on the spot. I soon found out that the restaurant had no crème fraîche on the menu and instead prided itself on serving frozen chicken wings tossed in store-bought bottled wing sauce. I wasn't too mad. I was just glad that I no longer had to eat cereal for dinner.

Even in big cities, like my current town of Los Angeles, good quality crème fraîche isn't that easy to find. Most grocery stores don't stock it, and if they do, it's at the steep price of $8 a cup. To my delight, I discovered that it's ridiculously easy to make at home. And while some will argue that it isn't true French crème fraîche, it comes in a very close second. 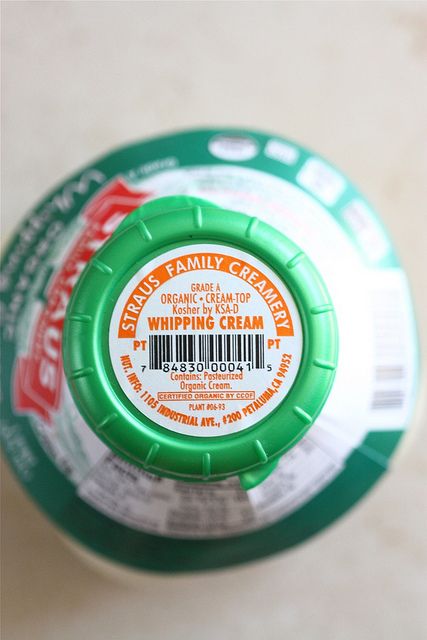 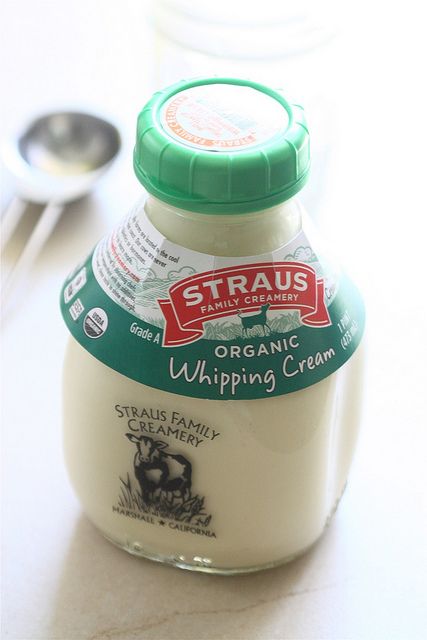 You'll want to seek out a good quality heavy cream that is pasteurized, but ideally not ultra-pasteurized. (If you can only find ultra-pasteurized it will work, but will take longer to thicken.) To start, pour 1 cup of heavy cream into a non-reactive container with a tight-fitting lid (you can use pretty much anything that isn't made from iron or aluminum). 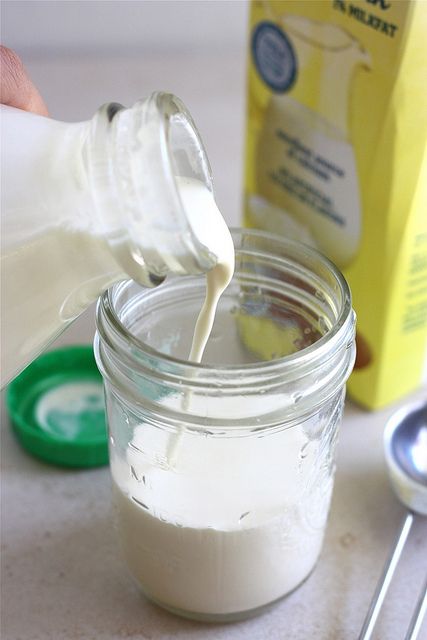 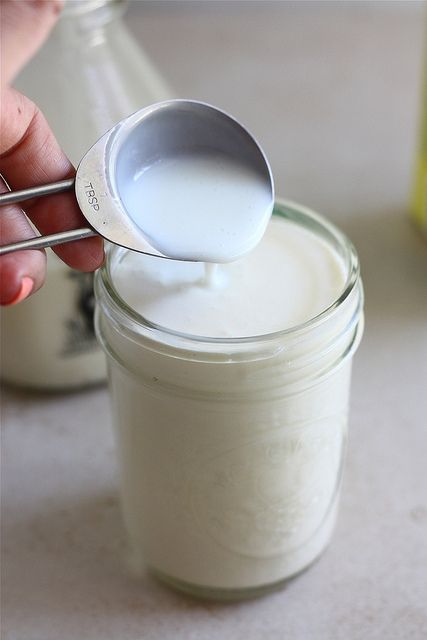 Next, add 2 tablespoons of buttermilk to the heavy cream. Cover the container tightly and shake until everything is thoroughly combined. 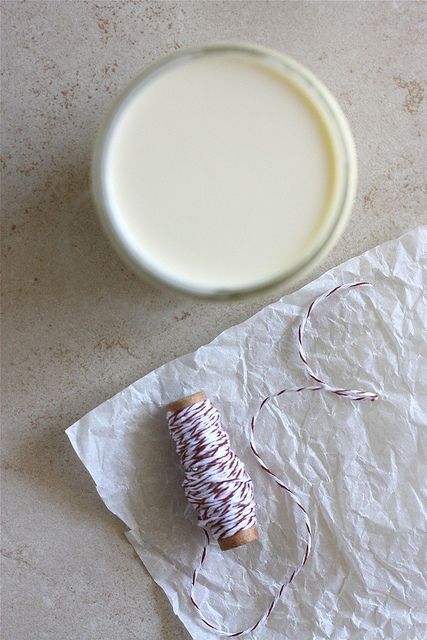 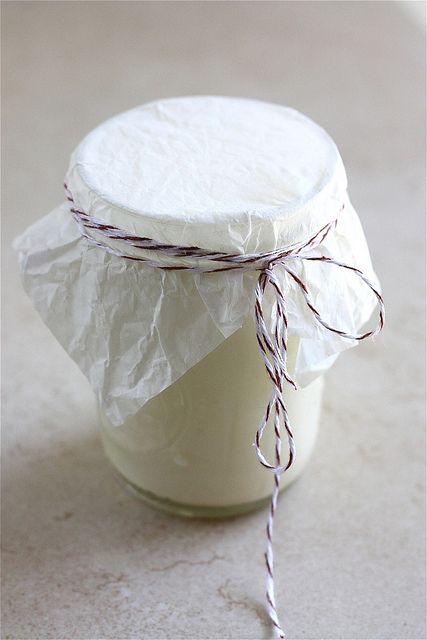 Loosely cover the container with parchment or a slightly damp paper towel and allow it to sit on your kitchen counter for 12 to 24 hours. For the best results, the temperature in your kitchen should be between 72 and 78 degrees F. (My apartment tends to be on the cooler side, so it always takes mine a full 24 hours to thicken.) Once it's at the consistency you want it (thick and creamy, but not stiff), transfer it to your fridge. The creme fraiche will last up to 2 weeks.

I love a dollop of crème fraîche on everything from a bowl of soup to fresh berries. Recently I've been obsessed with mixing the seeds from a quarter of a vanilla pod into about a half cup of crème fraîche. It's delightful. 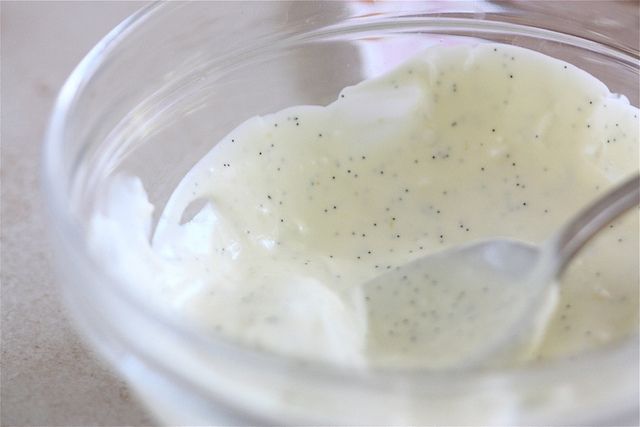 Adrianna will be answering questions about crème fraîche on the Hotline for those of you who want to take this project on at home. For the quickest response, go to her recipe and ask a question from there -- we'll email her your question right away!

Stay tuned for next week's Small Batch, in which Kelsey Brown of Happyolks gets us making our own tortillas -- no press needed! This summer's backyard taco parties just got a whole lot more delicious.

Written by: A Cozy Kitchen

acozykitchen.com
I'm the writer behind the food blog, A Cozy Kitchen. My blog is a place where my love for cute things, pancakes and corgis is celebrated. In Spring 2013 my first cookbook, PANCAKES: 72 Sweet and Savory Recipes for the Perfect Stack, was published.

Cecile D. August 18, 2015
Very nice except it's not creme fraiche.
The recipe for creme fraiche is one of the easiest in the world.
All you need is milk. non pasteurized. as in straight from the cow.
you let it rest for 24 hours, wait for the fat elements to go up and aggregate, and voila.

theresa C. August 2, 2015
This reminds of the clotted cream used by the British on their scones. I wonder which one tastes sweeter? I imagine I could substitute one for the other???

Tarika S. February 4, 2015
I live in India where the weather's always above 90 degrees F. Would it then be suitable for me to leave it out on the counter for a shorter duration of time?

Fork V. August 8, 2014
oh my heavens, this will be a constant in my kitchen from this day forth.

Deborah H. February 13, 2013
Thanks for the sweet story and simple recipe- just what I needed this evening before Happy Hearts Day.

_l.o.m|ain December 28, 2012
i always get happy when i see people using products from straus. nice post miss! :D they seriously have the best tasting whole milk.

Andyswife1991 July 10, 2012
Oh how I wish I had buttermilk in my refrigerator so I could have this on eggs tomorrow topped with a few fresh chives. Thanks for sharing.

aargersi July 5, 2012
Just had a bowl of fresh picked Texas figs drizzled with my first batch of creme fraiche. I feel happy

Wendy H. June 26, 2012
I've made my own creme fraiche for years simply by adding home-made (or good quality natural) yoghurt to warmed cream. I can't get fresh cream in Borneo but UHT cream works fine. Add about 2 tablespoons of yoghurt to 1 cup (250 ml) cream and leave in a warm place (on the bench in the tropics!), covered with cling film, til it's thick and slightly sour. Refrigerated for up to 2 weeks.

sharonpatricia June 25, 2012
Thanks for this information. I use creme fraiche all the time in baking as a substitute for sour cream since my son gets very, very ill from sour cream. re: extra Creme fraiche - it is delicious on scones and fruit.

phyllis S. June 24, 2012
The problem here is that in order to get buttermilk one has to purchase an entire quart. It is best to use cream that hasn't been pasteurized to the max...good luck in locating any. You can also make this with a couple of tablespoons of sour cream. All in all creme fraiche has become more available in recent years....unless you want to slug down the rest of that quart of buttermilk.
Author Comment

A C. June 25, 2012
I always use up buttermilk (because I'm a bit pancake obsessed). If you feel like it'll go to waste, I'd recommend using yogurt or possibly dried buttermilk

Andreas S. June 29, 2012
One way to solve that problem is to make a buttermilk starter like the ones used in cheesemaking: Let the buttermilk package stand for 12-24h in room temperature to let the bacteria multiply (it thickens a bit more, like yoghurt), then use some of it and freeze the rest in ice-cube trays.
Some of the bacteria dies when freezing (that is why you let it multiply beforehand) but most survive the freezing process and you don't have to get new buttermilk for the next batches. Just drop a buttermilk-cube in and shake it a bit when it has thawed.

Rochelle B. June 24, 2012
Is there a specific/sciencey reason why you should use pasteurized cream or is it preference? Thanks!
Author Comment

A C. June 25, 2012
Yes. Ultra-pasteurized heavy cream will take longer to thicken, but it will still work just fine.

juslin June 24, 2012
i' ve made creme fraiche and find it's best to use heavy whipping cream 38-40% if you can find it.. naturally i use organic dream and buttermilk or yogurt... excellent results ;o)

wcl June 24, 2012
i've been doing this for a year or so, ever since i returned from France (addicted to créme frâiche) and found it was very difficult to come by. i almost always have a jar of it in my fridge now...
* one thing i have found (after reading about coveted/cultivated french C.F. cultures) is that if you save the last little bit (2-3 tbs.) of your batch of C.F. and use it as the starter for the next batch you gradually get a much mellower and sweeter result. one that i find is much closer to the French versions.

Currli June 24, 2012
Thanks so much for the tip!! I too have made creme fraiche for years but never realized I could use a few tablespoons from my old batch to make a new batch ... definitely going to give this one a try!
Author Comment

Cdbear January 5, 2013
With the 2-3 tbs. as a starter, how much of the other 2 ingredients do you use? Can you wait the 2 weeks that it's good, until using the starter?

wcl February 13, 2013
Cdbear, if you use creme fraiche as a starter you don't need any buttermilk. just save 2 or 3 tbs at the end add a cup or so of cream and give it overnight on the counter. i also find the re-used CF activates the cream quicker too. and remember it will continue to thicken AFTER its in the fridge... (so don't worry if it isn't super thick at first)

weshook June 24, 2012
yum! I've made it only once, using sour cream instead of buttermilk since that was all I had on hand--I'll have to remember to buy buttermilk and cream next store trip (just used up the last of the buttermilk this morning for pancakes.)

deanna1001 June 24, 2012
Do you think this would work using the whey (left over from yogurt making) rather than buttermilk? I might try it...am currently on a campaign to find as many uses for whey as I can...

Sharon T. March 14, 2020
Did you ever get a result from using whey? I always have lots of whey and immediately thought of using it, googled and found your post, but no answer!

hobbybaker June 24, 2012
I'm so excited to try this! I can't always find creme fraiche here, so this will be an oft used recipe. Thanks!