Kale and Other Pestos

Today: Nicholas wants us to make pesto like a 3-year-old -- with abandon, and especially with kale. 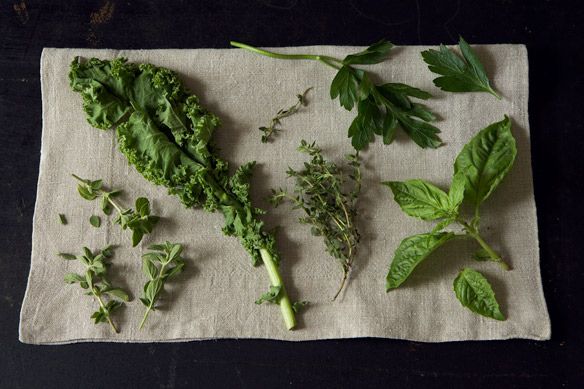 This is the season of pesto: there is no better time to make the sauce that almost all children, by some apparent secret agreement, are willing to eat. I have a reputation for insisting that your child will eat garlic. But there seems to be some sort of child-friendly alchemy when the raw garlic in pesto meets anything: it is all mysteriously okay.

But I am not here to give you yet another marginally altered, incrementally improved recipe for pesto genovese (basil, pine nuts, etc.). Basil, as Gillian Riley writes in The Oxford Companion to Italian Food, “is perhaps too well known as the main ingredient of pesto genovese.” And pesto, she adds, “has now become fossilised, in areas outside Italy, into an industrial product eaten almost exclusively with pasta.” 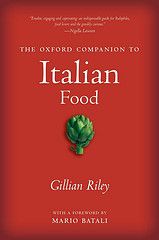 I ask you, would Isaiah confine himself to basil and pine nuts and garlic? He would not! He would add—I dunno—finely crushed leaves! This would fix the fossilised recipe problem, although perhaps not in the way that Gillian Riley was envisioning. 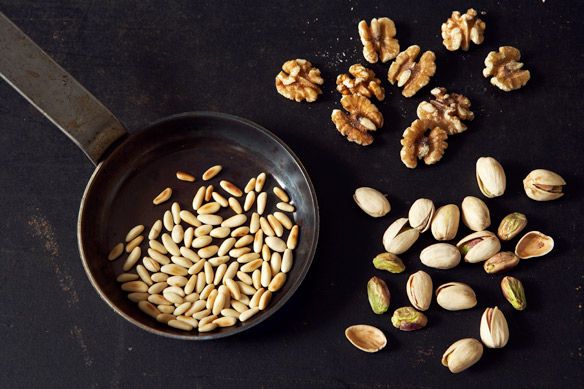 Pesto will tolerate anything short of a garnish of autumn leaves. There are strictures—you do need an herb or vegetable, you do need oil—but they are not very strict. Add any nut you want (or none). Add garlic or not. Add cheese or not. Add almost any herb or green, alone or in combination. A pesto recipe is a Rorschach test for how you see the kitchen: you put in the things most prominent in your mind.

Hugh Fearnley-Whittingstall makes brown bread, hemp oil, and parsley pesto. Alice Waters makes traditional pesto with immaculate ingredients and she’d really prefer you used a mortar and pestle. Tamar Adler, who is incapable of looking at a compost pile without seeing dinner, makes pesto out of cores, stems, and leaves. (It’s the best broccoli-flavored butter ever made. But to a kid, it may look like the sort of green lump that adults are always trying to get you to eat. Isaiah gave his pile the look you’d give something that was walking across your plate.)

The point is that pesto knows no taxonomical boundaries: you should never have to go to the store because you’re missing an ingredient. 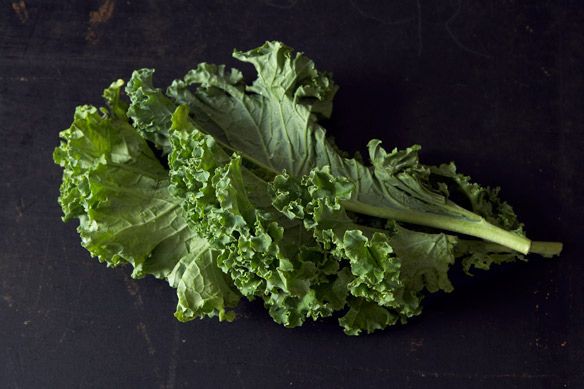 All of this brings us, inevitably, to kale, the “it” vegetable of the new century, the brassacia that ate Brooklyn, the only vegetable that inspires t-shirts. Earthy and ridiculously hale, with the sort of deep wrinkles you get from a life of soaking up the sun, kale has a sort of superfood emanence, especially to the parents of small children. Have you seen the internet lately? It is now mostly comprised of recipes for kale chips.

If you are skeptical, do not think of kale as bitter and earthy. Think of it as virtuous but tough, like a monk who kickboxes.

Kale pesto is not outlandish. Melissa Clark did it, cleverly pairing it with butternut squash—dessert meets dirt. Maria Teresa Jorge has posted a cavolo nero version. I riffed off ibbeachnana’s recipe, using less oil and toasting the walnuts (and just shocking the kale). We put it on pasta and added chunks of feta; some of us added chile flakes. It would be splendid on toast, on potatoes, with eggs. You lose the fragrance of pesto genovese, of course, but you gain a few notes on the bottom—it is a weightier thing.

And if you have some kale stems left over, you are most of the way to making stem pesto. Eat it after bedtime. 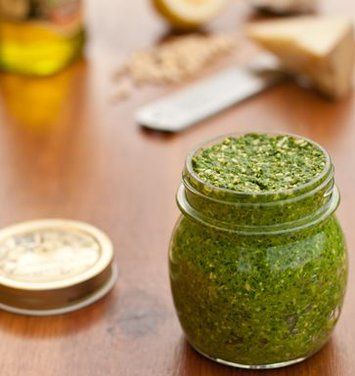 Vstarr71 August 19, 2012
I could spend the whole day experimenting with different pesto varieties. I dream of having my own shop, selling various concoctions of pestos, spread on breads, served over salads and drizzled over soups:) thank you for the continued inspiration!

thevegedge August 19, 2012
For early early spring pesto, I use wild sorrel, voilet leaves and arugula. Again with any nut, oil, and garlic combo. The combinations are endless!

Christina D. August 19, 2012
I recently made a pesto out of asparagus, and arugula. Really, any greens, with cheese, and nuts, what's not to like?

fiveandspice August 16, 2012
I also love the image of kale's wrinkles being those of a face that's spent a lifetime soaking up sun. Nice.

Kristy M. August 16, 2012
From now on I will always think of kale as a monk who kickboxes. So great!