Today: A creamy root vegetable puree without the heft. 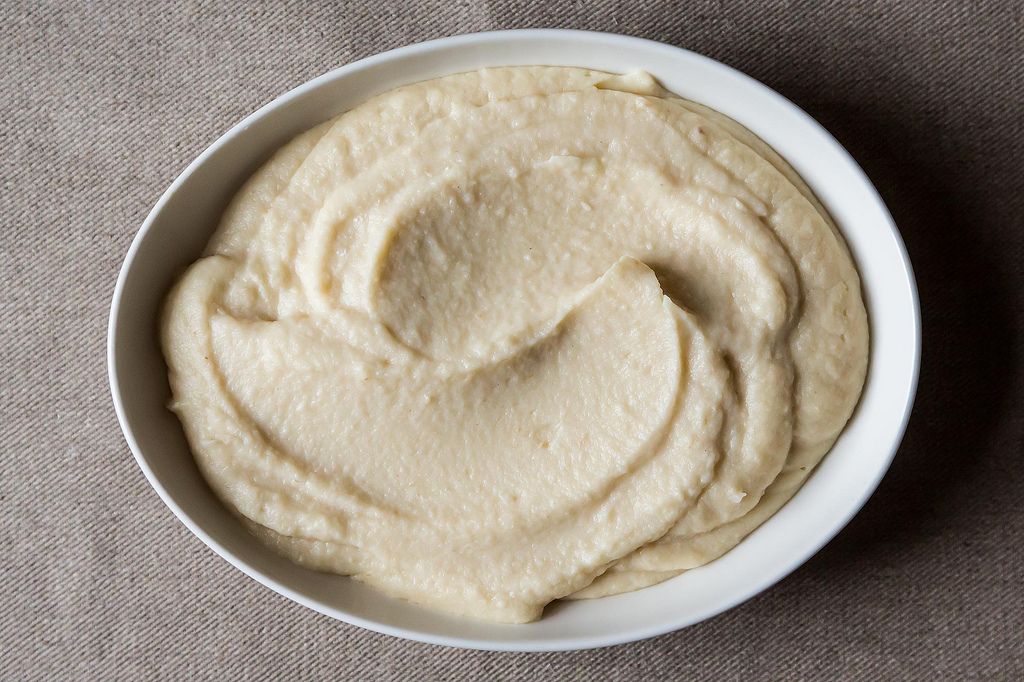 To make a lush root vegetable puree without loads of cream and butter, just throw in some rice. There, I said it. 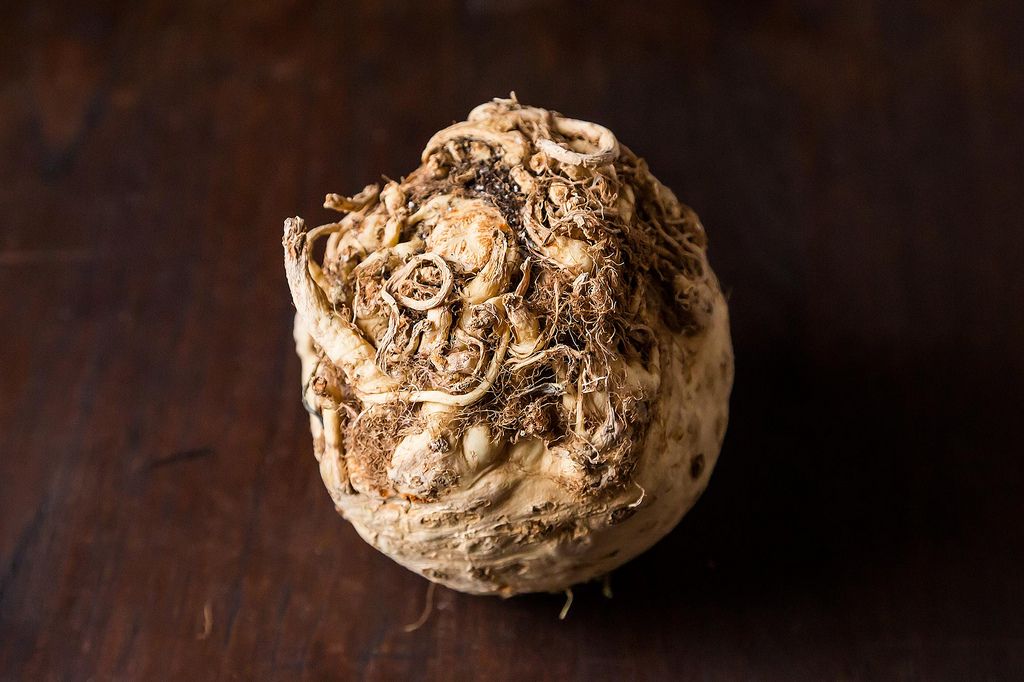 It sounds like one of the more joyless weight loss tricks -- and if you're catering to that crowd, this will play well -- but it doesn't come from a place of deprivation. It's a technique created by Michel Guérard, a French chef and author who's held three Michelin stars since 1977. 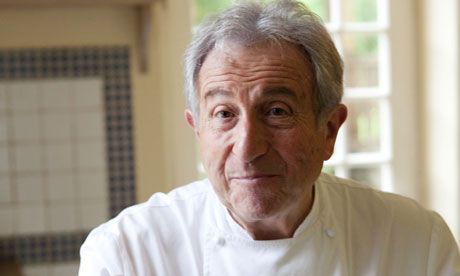 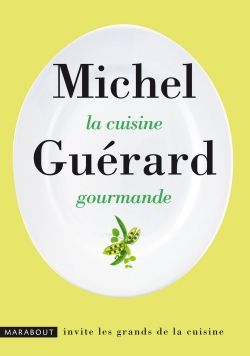 We know one way French chefs make a supple mash is to keep adding more butter. In Joël Robuchon's famous potato puree, he aspires to a ratio of 1 part butter to 2 parts potato (or, by some accounts, equal parts), which has got to be supernaturally good. I aspire to eat it.

But after the slabs of roast beef and other riches of holiday meals -- not to mention the many days of cookies that preceded -- that much butterfat may send your holiday spirits toppling over the edge. 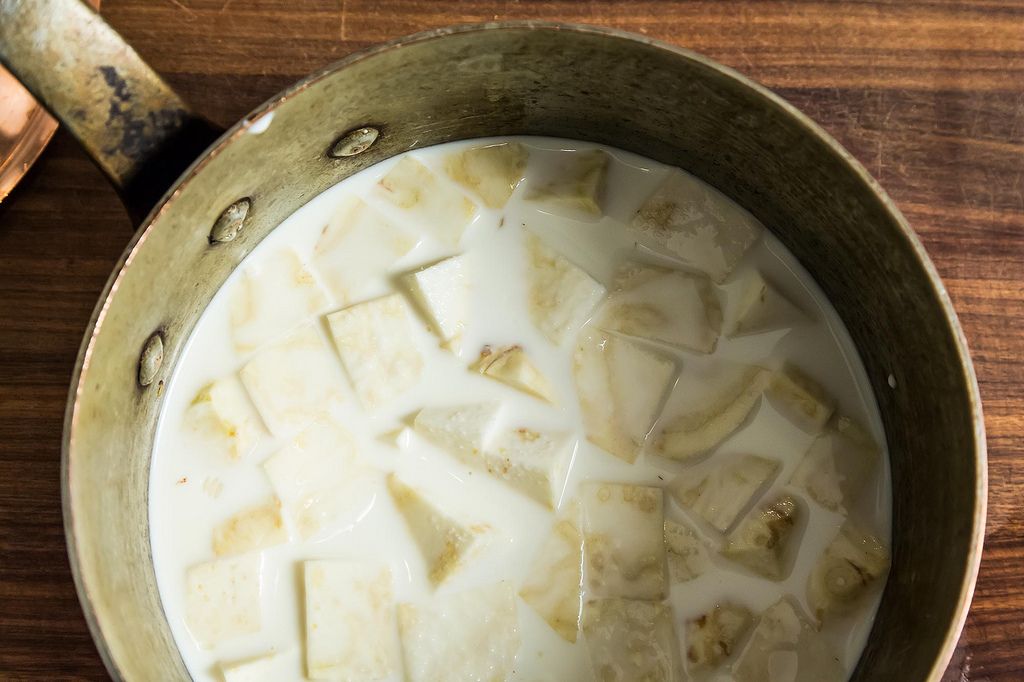 On the flip side, Guérard is credited with inventing the breezier cuisine minceur, a spinoff of the nouvelle cuisine of the '60s that lightened the dishes while also heightening flavor. (His signature dish is chicken stuffed with fromage blanc -- a far cry from American spa food.)

Indeed, he explains in La Cuisine Gourmande that a small amount of rice amps up the creaminess in a puree, while ensuring that none of the flavor of the vegetable -- in this case, celeriac -- is lost. 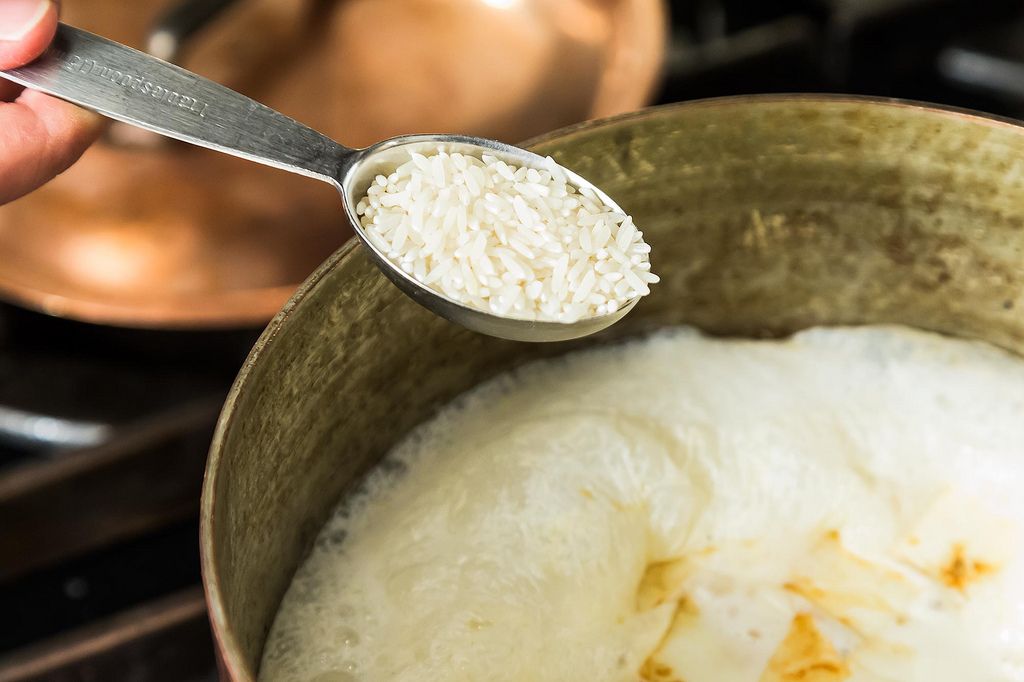 Alexandra Stafford of the blog Alexandra Cooks, who tipped me off to the technique, says it also works well with any surly, fibrous root, and is especially delicious with turnips.

The word technique might be implying too much. Really you're just simmering chunks of root in milk with rice, then blending with a finishing swirl of cream. It looks like a savory, sloshy rice pudding, then whips up into sweet, milky clouds. 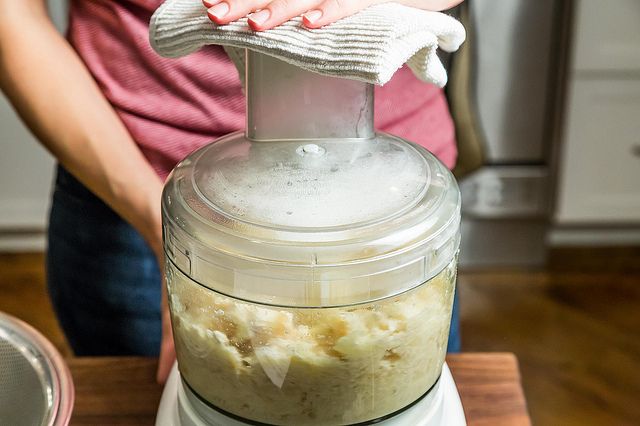 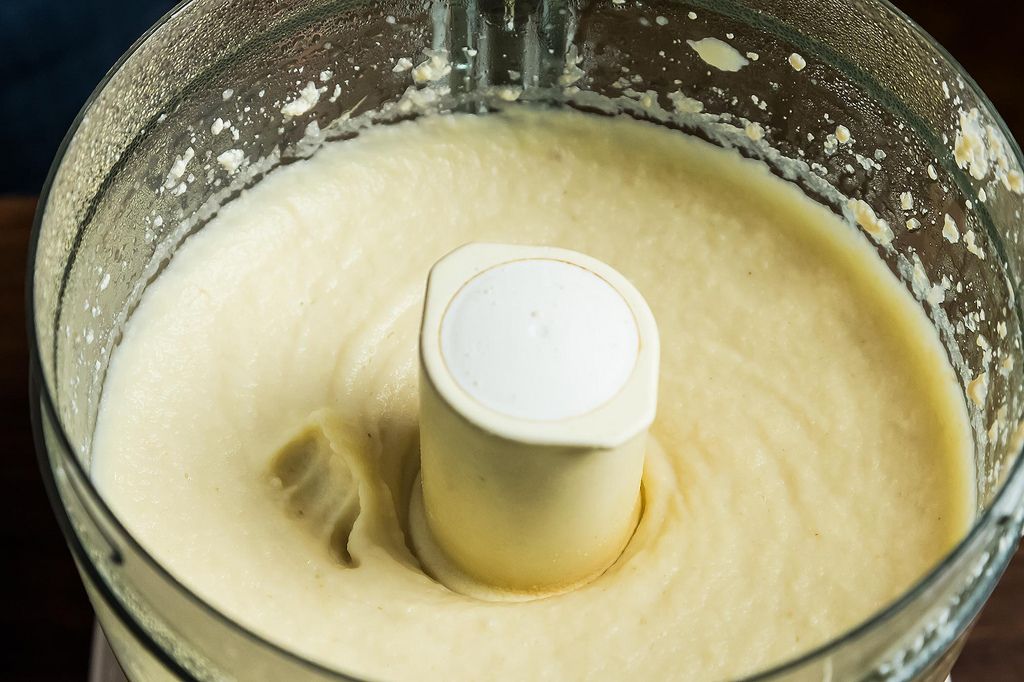 I recommend this as a bed for winey braised short ribs or lamb shanks, for roasted chickens and more exotic birds too. For the vegetarians: mushroom bourguignon.

None of it will come up lacking in holiday grandeur, nor will it keep you from enjoying a full serving (or two) of the Bûche de Noël. 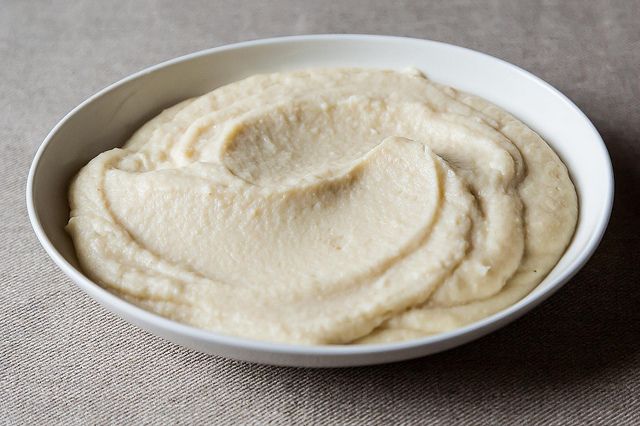 DanaMariaB March 3, 2013
Love this- made it a few times and everyone loved it too! When I had a vegan over, made it with almond milk and it worked beautifully. Thanks so much

Alexandra S. December 27, 2012
Yum! My mother made this — for the first time ever in place of her widely adored potatoes au gratin — with beef tenderloin for Christmas dinner. The meal was surprisingly light, incredibly delicious, and everyone saved room for seconds of her most-delicious chocolate-almond torte. I hadn't made this with celeriac until Christmas morning — love it!

[email protected] December 23, 2012
Brilliant, brilliant idea. I normally keep root purees light-ish with half fat creme fraiche and no butter, but I will definitely be giving this a try the next time I puree parsnips and carrots, adding a pinch of nutmeg and a little honey

ktchnninja December 23, 2012
Any kind of white rice? Or do certain kinds give off more of the starch that will make it creamy?

Kristen M. December 24, 2012
I've used jasmine, arborio, and carnaroli (whatever I had around) and it's been lovely -- you can adjust the consistency to your taste at the end with the strained cooking liquid.

Kathy S. December 23, 2012
To Fairmount Mkt, I want to know more about this "mediterranean alchemy." How much olive oil are you talking about? I have a very oily picture in my head, but it sounds like an interesting idea. And we are talking raw rice to begin??? More please?

Fairmount_market December 19, 2012
This looks lovely. I just discovered a related use of rice from Paula Wolfert's Slow Mediterranean Kitchen: she simmers leeks and root vegetables slowly in olive oil and adds in a tablespoon of rice half way through. It creates this wonderful creamy sauce (she describes the dish as "Mediterranean alchemy".

jenniebgood December 19, 2012
Kristen - I think you must have the BEST job in the world! If I could spend part or all of my workday looking through cookbooks I would be such a happy camper. I love your genius finds!

Kristen M. December 19, 2012
Thanks jenniebgood -- it certainly has its perks.