Plus, four recipes that put it to use.

Considering that India is one of the largest milk producing countries in the world, it is rather surprising that it doesn't have a major cheese-making culture. You won't find stinky and moldy cheeses in the shops that line India's busy, narrow streets —but almost every dairy shop carries paneer, an immensely popular fresh cheese.

Paneer is such a dominant culinary symbol in India because, unlike other cheeses, it doesn’t require animal rennet. This makes it perfect for the predominantly vegetarian Indian diet. Paneer makes a great meat substitute in most Indian recipes, but even non-vegetarians like myself love it. From sweets, to fried snacks, to cream-drunk royal curries, paneer is used in North Indian dishes extensively. Its mild taste, texture (similar to that of halloumi or tofu), and capability to soak in flavors and withstand high cooking temperatures make it a household favorite.

I like to compare this Indian cheese to the humble potato. On its own, a potato is rather bland. But when coupled with simple ingredients and cooked with the right technique, it is converted into irresistible dishes that the whole world loves!

For this paneer recipe, you need just two ingredients: two liters of fresh whole milk and two to three tablespoons of fresh lemon, vinegar, or lime juice. Essentially you just need something acidic and relatively mild in flavor to make curdled milk so that the fresh flavor shines through. You also need a few pieces of cookware, but nothing that you probably don’t already have on hand. Gather two deep, heavy-bottomed pots, cheesecloth or muslin, and a wooden spoon.

The ingredients here are basic, but the methodology is important to follow for the best results. I'm sharing my own step by step technique for making paneer and a few tips I hope will help you get through paneer making. This paneer recipe will yield about one cup of cheese. Trust me: once you make paneer at home, you will never go back to store-bought.

Makes about a cup

What you will need:

Heat the milk in a pan over medium heat. Let it come to a gentle boil and stay there for a minute, making sure the milk does not boil vigorously. If it does, turn the heat down and bring the milk back to a gentle boil.

Add the lemon juice (just one tablespoon to start) and quickly stir it in. At this point, you will start to see small curds in the milk, but no whey. Add another tablespoon of juice and stir. More curds will appear and you will slowly begin to see the greenish whey. Add the last tablespoon of juice and with this, you should be able to see a clear, greenish whey separating from the curds. Switch off the gas immediately at this point. Depending on the acidity of the juice, the amount of juice you require may differ. Start with one tablespoon at a time until you achieve the results.

Once the curds and whey have separated, you'll want to work quickly. Line another pot with double-layered cheesecloth, making sure the cheesecloth is long enough to be bundled up and hung later. Pour the contents of your pot into the cheesecloth to drain off the whey and collect the curds. Wash the curds by running them under cold water to remove the lemon taste.

Tie up the cheesecloth in a tight bundle and let it drain for about 30 minutes. Then place a heavy plate on top of the cheese to get it to be flatter and drain out extra moisture. I generally place it between two cutting boards and set a heavy pot on top of them for one to two hours. Be careful: adding too much weight for too long will result in hard, crumbly paneer. Wrap your paneer and store it in the fridge for up to a week.

Note: I often add a good pinch of salt to the milk for more flavor, but it is not essential. Other flavorings like cumin, herbs, and other spices can be kneaded into the curds before draining. Yogurt can be used in place of lemon for those with a sensitivity to citrus: about ¼ cup of yogurt should work for this recipe, but it will depend on the quality and sourness of the yogurt.

Tip: Use the leftover whey for pancakes, roti or other bread, or smoothies—or use it to water your plants. 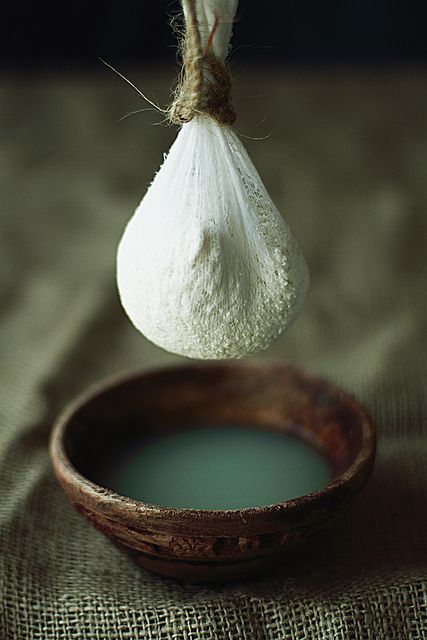 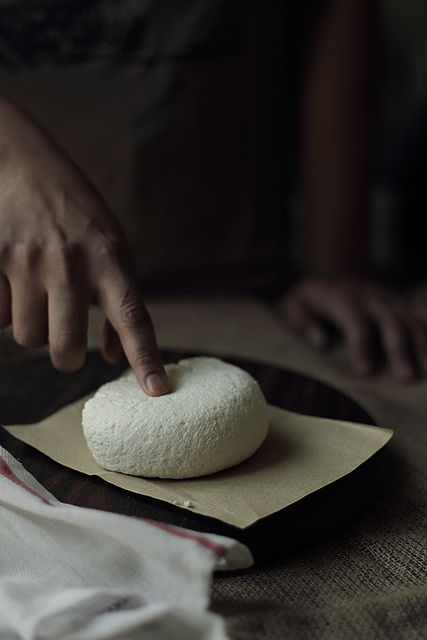 How to Use Paneer

“Cumin seeds add a subtle earthiness, and the creamy texture of cashews is the perfect replacement for traditional heavy cream, as it seamlessly balances the pureed sauce,” says recipe developer Archana Mundhe. You’ll find two methods for cooking palak paneer, with this one being the slightly lower-fuss version because it’s made in everyone’s favorite multicooker. This is an Indian-style creamed spinach, which is studded with diced paneer cheese. A warm, peppery spice blend of cumin, coriander, mustard seeds, red pepper flakes, and cardamom make this decidedly *not* Betty Crocker’s version of the spinach side dish. A traditional entrée in North Indian cuisine, palak paneer features a bold combination of spinach and paneer, plus onions, tomatoes, garlic, ginger, and garam masala. It comes together in 45 minutes and makes even better leftovers (with naan on the side, of course). “This is a very traditional, very comforting dish for many who grew up in India. Once you taste it, you’ll see why: the creamy cheese, the tang of the tomatoes and onions in the sauce, the bright green peas that pepper it,” writes recipe developer Urvashi Pitre. She says you can also use frozen paneer, but why would you when you’ve just made a fresh batch? journeykitchen.com
Freelance food photographer, food writer and recipe developer based in Kuwait. I'm passionate about familiarizing people with Indian cuisine through modern and contemporary take on Indian food on my blog Journey Kitchen.

Shalini A. July 31, 2015
I am from India, and paneer is a staple for us.
You can actually try boiling the milk if it does not split and add more sourness in the form of
-lemon
-vinegar
-sour yoghurt(should be left out for a day to develop a tanginess)
The way I usually way it down to get creamy soft paneer is
Just strain the curd, dump it in a cheesecloth, rinse and immediately weight it down with the heaviest object that you can find- I usually use my mortar and pestle.
It takes about 10-15 minutes to make paneer.
Whole milk or 2% is just fine. Sometimes if there are additives in milk it doesn't form curd easily.
In India it is pasteurised but not homogenised so it separates really fast and well.
Hope this helps!!

tigerlille April 10, 2013
I don't know, but would be interested in finding out. What a terrible allergy, don't kno what I would do withoht citrus.

Alicia V. April 10, 2013
When using the yogurt method, is it the same process? Tablespoon at a time? My nephew who is HIGHLY allergic to citrus fruit recently declared himself a vegetarian. Trying to find recipes to help out his mums.

Renée (. March 11, 2013
Try giving it a boost with about 1/2 cup of all-natural plain yogurt (not Greek-style) in addition to the lemon juice.

Renée (. March 11, 2013
I don't know about "again", but if you don't get curds with the lemon juice alone, try stirring in 1/2 cup natural, plain yogurt while cooking. The ingredients panel on the yogurt should only list milk, like Dannon.

Am9 March 11, 2013
Ok, so I cooked it, added the lemon juice and nothing. So I should cook it again adding in the yogurt, then no lemon juice for the second time?

fen1027 March 11, 2013
this is pretty similar to ricotta except for the pressing of the cheese right?

Mary A. March 11, 2013
I just returned from three weeks in India and viola! a recipe for the paneer I so loved and ate at every opportunity. I look forward to trying this recipe out.

Elodie B. March 10, 2013
Absolutely stunning photographs! I've just added your blog to my rss feeds. Thank you for sharing your recipe.

tigerlille March 10, 2013
I've always made my paneer with 2% milk with excellent results, but I wouldn't advise going any lower.

Chele M. March 10, 2013
Can you use pasteurized whole milk or does it have to be non-pasteurized?

Renée (. March 8, 2013
I did this about 2 years ago. I still make paneer pretty regularly. If you love Indian food, try this recipe using the finished product: http://flamingomusings.com/2010/07/kaju-matar-paneer-indian-cheese-peas.html

Madhuja March 8, 2013
Placing the paneer between two cutting boards is such a neat idea! I always have trouble draining my paneer, but I think your tip will solve that problem! Thanks! :)

Shalini March 8, 2013
Woderful, Kulsum. Thanks for this simple yet thorough explanation of a favourite food.