Today: How to have your (vegan) cake and eat it, too -- plus the simplest buttercream you'll ever make. 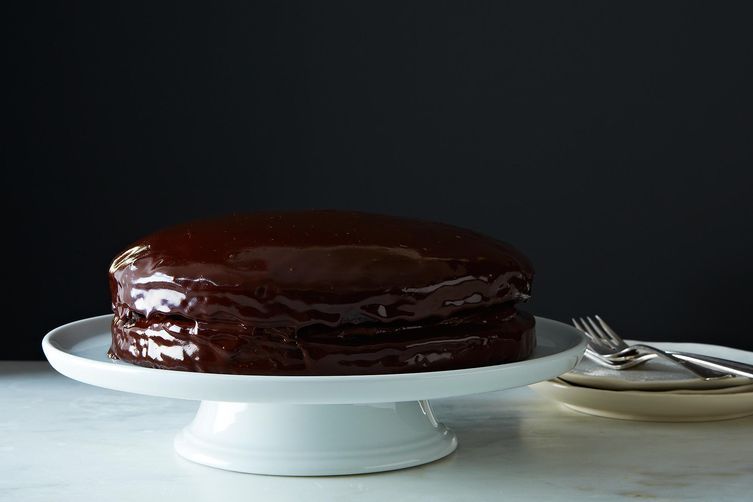 Vegan baking can be intimidating at first. We’re told that baking is a science, so how are we to make the experiment work without eggs, milk, or butter? Once upon a time, I thought that these ingredients were indispensable for perfectly fluffy and elegant baked goods. Then I went vegan, and realized that we vegans can have our cake and eat it, too.

No recipe proves this point more efficiently than this vegan chocolate layer cake. The recipe presents us with not one, but three “bet-you’d-never-guess-it-was-vegan” components. First is the moist, fluffy chocolate cake, which is every bit as easy to make as your current favorite. Promise. Next is the rich, decadent chocolate ganache, which is made better by creamy coconut milk. 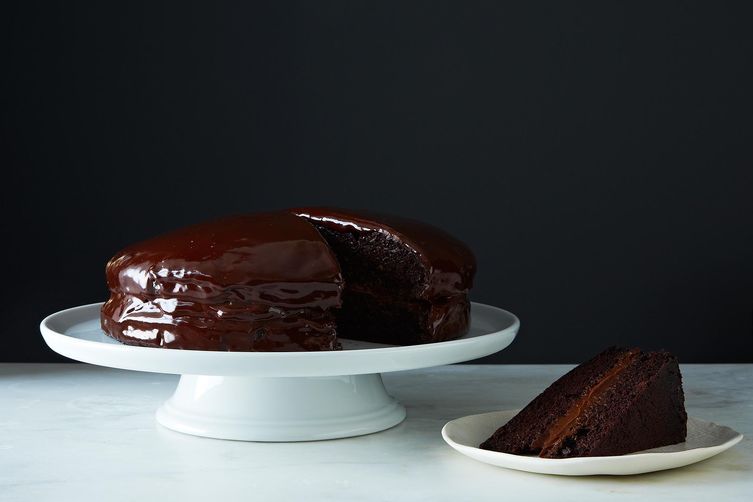 But the part of this cake I’m most proud of just may be the middle “buttercream” layer. It’s easy to make vegan buttercream with butter substitutes, but if you’re hoping to keep things a little simpler, try my secret trick: a mixture of canned pumpkin, almond butter, cocoa powder, and some sweetener. You’ll be shocked at how decadent and creamy this tastes, even though it’s dairy-free and vegetable-based. If you don’t have time to bake a cake, it’s not a terrible idea to make the buttercream anyway, and eat it with a spoon.

Dave P. June 8, 2016
This was sooo good! Quick question though, has anyone tried this without the cocoa powder? i.e. Making it a 'white cake'

robywilliam November 14, 2013
Hmmmm....Cake looks very soft and delightful i really thanks to you for provide me its recipe. I will definitely try it and give a pleasant surprise to my parents on their Anniversary. http://www.chocholik.com/shop/person/gifts-for-her/

robywilliam November 14, 2013
This chocolate cake looks so yummylicious...... I am dying for eating this and going to ask my wife to bake it for me. I am sure she baked it with full dedications and filled lots of love in it.

Anjanna November 3, 2013
Made this recipe twice and everyone loved it! During the second time i ran out of plain soy milk so subbed half of the amount with chocolate soy milk and it came out even better tbh (slightly moister, which was my only quarrel the first time). I was a bit at a loss with the ganache at first, as it didn't seem to solidify, so i made a new batch with less coconut milk. The first solidified a day later, so i made the cake again (this time for my uncle's 50th birthday) with greater success :) My mom loved the cake recipe, and she'll be using this one from now on (instead of one that was loaded with eggs and butter!). A nice add in are banana slices in addition to the filling.

soleilnyc October 18, 2013
Has anyone tried this ganache and eaten it with a spoon as suggested? I was thinking of making chocolate pots-de-creme tomorrow and thought of this as a substitute...

Sarah October 13, 2013
I made it this weekend and overall it was amazing. The cake was moist and the frosting layer was really tasty. However, I had issues with the ganache. It was very thin and didn't really stick to the cake to create an icing effect. Did I use too little chocolate? Should I have used the cream of the coconut milk (also I used canned coconut milk - is that right) rather than mixed it up? How thick should it be after it sets to room temperature? Other that that, it was perfect and I will definitely be making it again if I can figure out the Great Ganache mystery.

tingroo October 10, 2013
Intriguing! Has anyone tried almond milk instead of soy?

Anjanna November 3, 2013
I haven't tried almond milk but if you do, I'd suggest adding a little extra coconut oil or milk. The cake is rather light (which was a plus in my family's eyes), but it might turn out a little dryer if you don't add anything.

tejas October 4, 2013
I was so intrigued by the idea of using pumpkin, that I could not wait, I had to make it yesterday. Boy, it was treat.
I hate making icing because of high fat content(even if it is vegan) but this was perfect.
Thanks you for sharing the recipe.
My Family loved it.

Valentina S. October 4, 2013
I have the luck of having a neighbor who has a pumpkin patch but doesn't like pumpkin. I guess those lovely orange half moons sitting in my freezer just found a new purpose in life.

Nozlee S. October 3, 2013
I got a tiny sugar pumpkin in my CSA this week and um, I might just make that frosting and eat it plain.