Too Many Cooks: What's Your Favorite Kind of Pie? 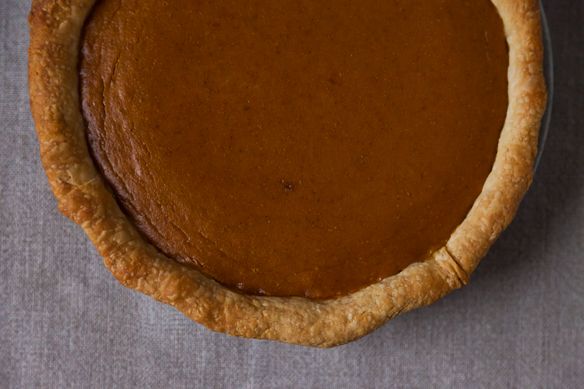 We like pie -- we really, really like pie. There's one for every season, and it's perfectly acceptable for breakfast consumption. We've even dubbed next week Pie Week (stay tuned!). Our pie tastes are not all the same, though: Some prefer their pie fruity, while others more go for candy-like pies, and some people prefer something savory.

This week, we're reflecting fondly on pie memories, coming up with some greatest hits, and getting into a few mild debates. We asked our staff:

What's your favorite kind of pie?

Do you prefer classic apple, or do you go a little more obscure with pies like banoffee? Tell us in the comments!

Posie: I like ALL THE PIES. But a good key lime really gets me.

Lauren L: I have to go with our Christmas Eve menu, which is double pie night. First, tourtière, then Ina Garten's Chocolate Pie. 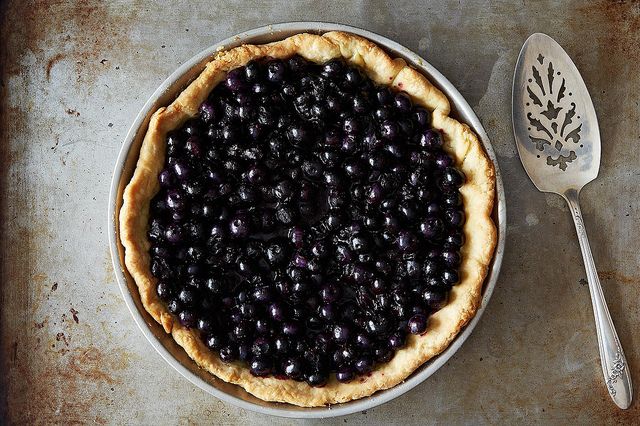 Stephanie: Hooray for tourtière!! Seriously though, how many more days until Christmas Eve? (Lauren, I once wrote a paper on it for my masters. It referenced Two Solitudes. We can discuss). But my all-time favorite is lemon meringue.

Lauren L: Lemon meringue would be third for me!!!

Michael: Banana cream. Blueberry. Pumpkin. How could three pies be so diverse while being so alike in excellence?

Allison: Rachel, can I come to your place for the holidays? I want to eat all of those pies in that order. 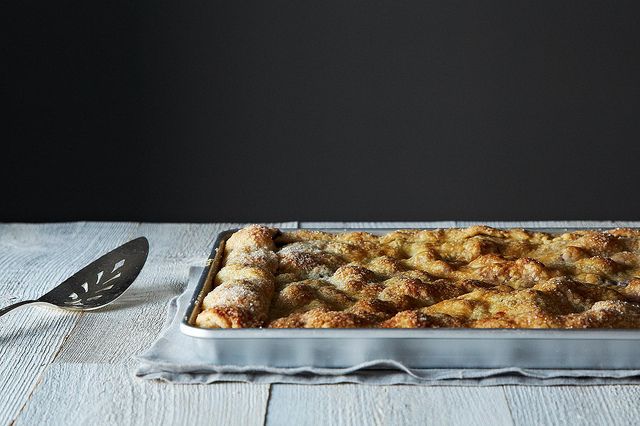 Lisa: Any pie with a good crust, which is key to the whole pie-eating experience. There's something so crucial about a really good, flaky, buttery crust. That said: 1) Chicken pot pie is one of the homiest, most satisfying things ever invented for human consumption; 2) Apple (a classic!); 3. Key lime pie, but it must -- must -- have a graham cracker crust.

Joy: Grasshopper pie! It's minty green, has an oreo crust -- and only tastes good when my Aunt Diane makes it and I'm seven. Still, really good.

Karl: And savory pies, mmm: Shepherd's Pie, chicken pot pie -- I have also had a really good fungi pot pie made with shiitakes.

Michael: I don't want to derail this pie train, but -- just as with the sandwich discussion last June -- I have taxonomical concerns: Shepherd's pie is no pie at all!

Elana: A not-too-sweet fruit or pumpkin pie with a some freshly whipped cream -- can't beat it.

Lauren M: Feel free to call me out for going outside the lines that define a pie, but my all-time favorite pie is Apple Crumble pie. It’s as good a pie as any in my book because I like to make my crumbles with a bottom crust. I’d take a crumble over top crust on my apple pie any day.

Gabriella: Pecan pie, or caramel apple pie. I used to be a hater re: pumpkin pie, but I've since learned the error of my ways after making Gena's vegan version. 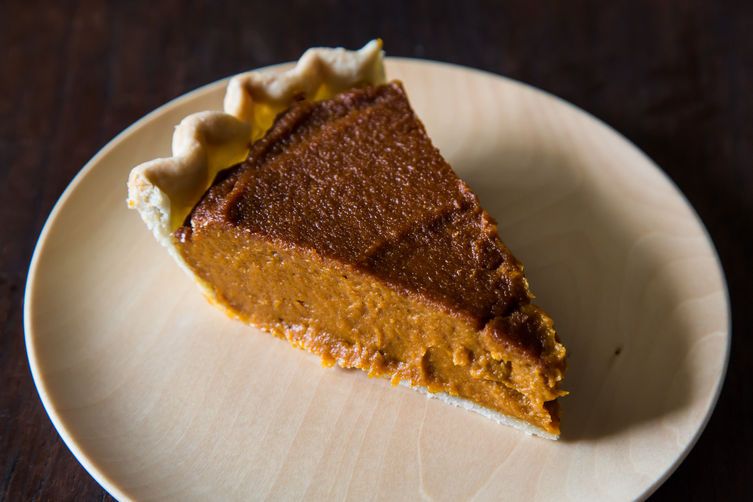 Catherine: I actually really don't like fruit pie! Something about the texture, though I don't mind it cold. My go-to crusty favorites are coconut cream, banoffee, and Southern chess pie. Really any pie with "Southern" in the name is good.

Hannah: Sorry to keep chiming in...you can delete all my other comments. +1 on BANOFFEE PIE!

Jennifer: Chocolate Chess Pie -- my Aunt makes a delicious one. I need to get that recipe...coming soon!

Kenzi: I feel like it goes against the fibers of my New England being to not say Apple (sorry, dad), but I'm just coming to learn that all of my favorite pies are the soft and mushy ones: the pumpkins, the chocolate creams, the custard pies, and +infinity on all of the banoffees. (No one is surprised. My other favorite foods? Risotto, polenta, mashes, everything with yogurt in it. I'm going to be the best old person ever.)

Bea: I love any pie! I was just saying last night that my favorite dessert is PIE, there is NOTHING like a warm blueberry pie. However, my favorite savory pie is a chicken pot pie and sweet pie is bourbon pecan pie.

Marian: I like fruit pies -- late summer stone fruit, or berry (but I never mix the two), or a really good apple. I bake pies almost exclusively so that I can eat a fat slice cold, the next morning, for breakfast. 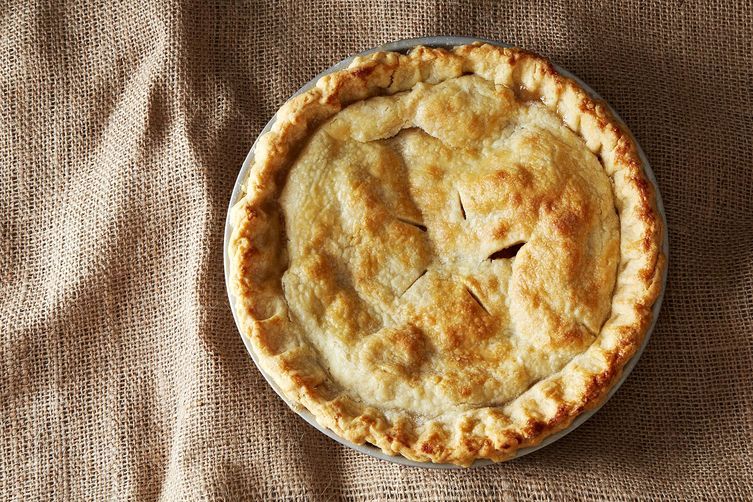 Amanda: Peach Pie (especially my mother's, which is kind of like a peach cream pie). Rhubarb Pie. My grandmother's blueberry pie, which has a layer of cream cheese on the bottom. Apple Pie. Meyer Lemon Meringue Pie (a recipe from Chez Panisse). I could go on and on, but my point is that I love pie and rarely meet one that I don't like some part of.

Brette: BANANA. CREAM. PIE. With graham cracker crust. None of this banoffee stuff. I want plain ol' banana cream. Oh also speaking of peach cream pies I really really really love swamp pie. I ate it on my first shoot day at Food52 and my world was rocked.

Bryce: +1 on Marian's stone fruit pies. My favorite is peach. Other than that it's pecan all the way, and i'd almost never turn down an apple pie.

Lindsay-Jean: Rhubarb. Especially when it its rhubarb-y essence is not overly-sweetened or masked by the addition of strawberries or custard.

Ryan: Granny smith apple pie topped with a butter/brown sugar crumble. I always asked for this pie instead of cake on my birthdays growing up.

Tell us: What's your favorite kind of pie? Do you think Shepherd's Pie should even be in this discussion?

luvcookbooks November 11, 2013
Love mince pie, but only homemade (shredded suet, lots of brandy) so haven't had it often... only when I make a batch, so far.

ChefJune November 10, 2013
I don't even know what "banoffee" is. But it sounds like it's very sweet and that hurts my teeth. I love pie. My all-time favorite above all others is Sweet Potato Pie. I ALWAYS have to make it for Thanksgiving and Christmas. and any other time I can think of. Cherry Pie, Blueberry Pie and Lemon Meringue Pie round out my favorites, but they're all good. And when I think of pie, I don't think of tarts. They're not the same thing to me.
My Aunt June made wonderful pies, especially blueberry. And she was diabetic and couldn't even eat a crumb of them!

julia B. November 10, 2013
My mother was a wonderful cook, but I was raised in the 60's and 70's- a time when even good cooks served canned vegetables, frozen pies, and other sorry things. I was 21 before I tasted fresh asparagus...and almost 30 before I enjoyed really good pumpkin pie. By that time, I was cooking for a living and had baked many a splendored thing- but hadn't really thought about re-visiting this Thanksgiving staple/afterthought of my childhood. When I lifted fork to mouth and tasted the barely warm velvet pumpkin custard, my eyes widened. It was round with cream and mellow squash- and bright with freshly grated nutmeg and allspice. In place of the gummy, forgettable bottom sat a crisp and buttery crust which called --marry me, marry me to the silken pumpkin filling. Pie should always be like this.

Jean B. November 10, 2013
Someone, please invite me to a pie-dessert buffet! I am available anytime after Nov.20th when I visit my doc. In fact, the evening of Nov.20th might just be the perfect time. It's clear to me now that I have led a pie deprived existence which needs to be remedied. Up to this point though, my current favorite is cherry pie with streusel topping. I am willing to have my tastes broadened. And apparently my hips...

luvcookbooks November 9, 2013
I would really like to see the chocolate mousse pie recipe posted, Count Mockula. My favorite pies are sour cherry and raspberry rhubarb.

Count M. November 9, 2013
I love fruit pies and pumpkin, and apple if it's made my grandma's way (lots of cinnamon, no goo). But I desperately miss a chocolate mousse pie in a chocolate wafer-crumb crust that had espresso in it and whipped cream on top. It was amazing, and my mom stopped making it, because it was keeping us all up at night. I'll have to ask Mom for the recipe and serve it for brunch or something.

ZombieCupcake November 9, 2013
Have to go with the banana cream pie. I really want to try a sweet potato pie. (Yes I have never tried sweet potato pie, could use some recommendations) I think sheppard's pie counts ooom om ooom..

ZombieCupcake November 10, 2013
Forgot to add the recipe, I have made this twice since my birthday http://food52.com/recipes/9286-banana-cream-pie-with-macadamia-nut-honey-cardamom-brittle You cannot beat it

deb O. November 9, 2013
Cherry pie and LEMON MERINGUE!! Is it Thanksgiving yet??

ATG117 November 9, 2013
How do we get the recipes for the peach and blueberry pies Amanda mentions?
Author Comment

Elana C. November 10, 2013
ATG117- The blueberry pie is in Amanda's book, Cooking For Mr. Latte and the peach is in Meta Given's Encyclopedia for Cooking, featured in this Genius post: http://food52.com/blog/2739-meta-given-s-pumpkin-pie