Today: Sage moves from stuffing to your pie. 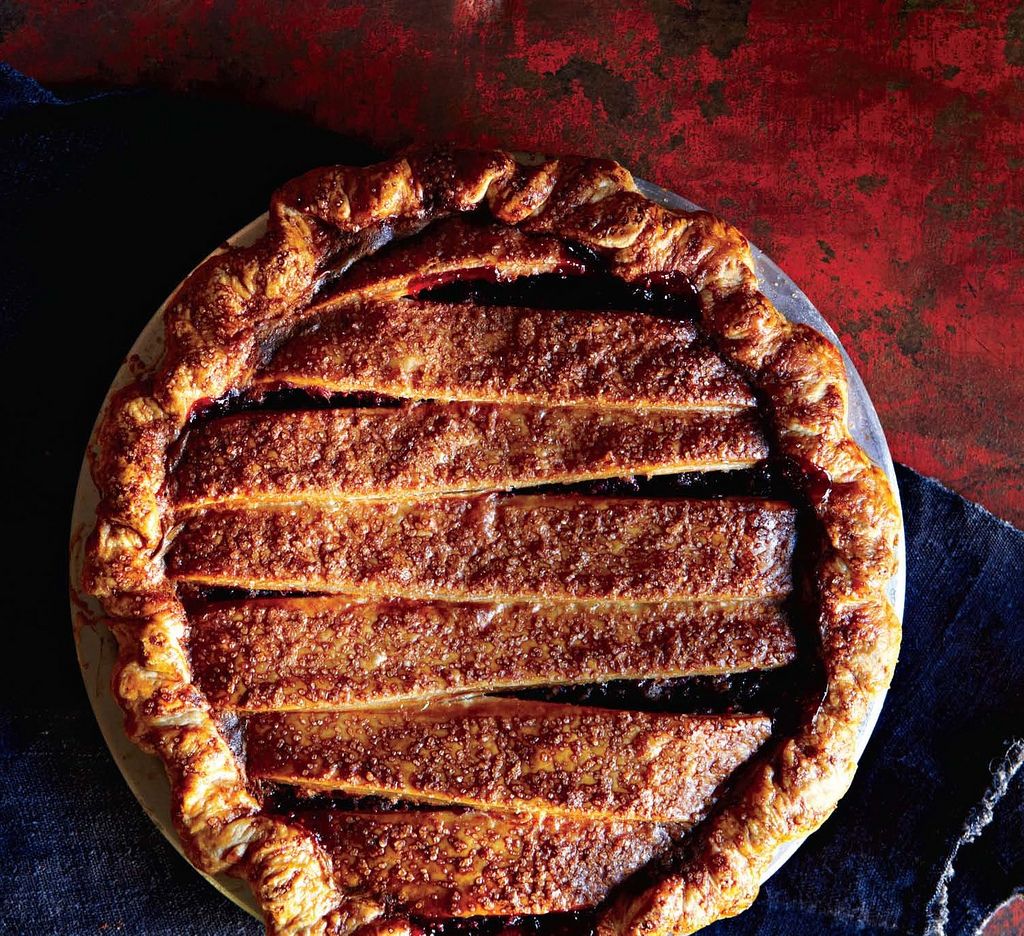 In the wintertime, colorful fruits, aside from citrus, are few and far between. Cranberries appear in early fall and are the perfect berry to pair with apples and pears, but we wanted to feature them in their own right. Sage often appears on a holiday table in roasted stuffing, but why not give it some attention in the dessert course?

To win a copy of The Four & Twenty Blackbirds Pie Book, tell us in the comments: What do you put in your savory pies? We'll pick winners at random at the end of the week! (Unfortunately, we can only ship domestically.)

Gizell December 3, 2013
Escarole sauteed with garlic, hot pepper a bit of anchovy. Some capers, pine nuts and raisins baked in a crust made with olive oil.
What my grandmother called Pizza Cena

Lil R. November 15, 2013
Made the Cranberry Sage Pie yesterday and it turned out awesome!

cookinginvictoria November 15, 2013
I adore savory pies and tarts. Near the top of my list has to be Suzanne Goin's exquisite tomato tart -- fresh heirloom tomatoes on a bed of caramelized onions in a puff pastry shell, topped with anchovies, capers, olives and a sprinkling of fresh goat cheese. During the winter months I like to make a roasted winter squash tart topped with garlic, aged cheddar cheese and sage in a whole wheat crust.

Meghan November 15, 2013
Caramelized onions, figs, and goat or blue cheese always work well on top a pie crust or tart. A drizzle of honey and some pistachios have never gone awry, either.

Dominika U. November 14, 2013
Tomatoes! We make a tomato pie...with fresh tomatoes and basil, with a cheese crust on top at the market where I work. I bake about 20 a week.

cfelten November 14, 2013
I love classic quiche lorraine but a long time ago I made a spinach and cottage cheese pie with thinly sliced tomato on top that was a knockout. Unfortunately, this was before the internet, so I doubt Gourmet has it online.

By the way, the presentation of the cranberry sage pie is stunning and I will be stealing this idea immediately for my Thanksgiving apple pie :)

sarabclever November 14, 2013
I love making pita-type pies if that counts with lots of greens. Or quiche!

Emily November 14, 2013
Pumpkin, cinnamon, nutmeg, and allspice, but with lots of onion added to contrast the sweetness. Reminds me of my German-Russian grandma's version of plachinda, which can't be beat.

Kaycee November 14, 2013
Funny you should ask! I am sure I was inspired by pie week last night. I didn't think I had enough ingredients for dinner at first, but I took all the vegetables I could find, roasted them with rosemary, sprinkled in some bleu cheese,and some bits of hunter's sausage, and then decided to bake it all into a delicious pie!

Tenaya November 13, 2013
I've gotten into the habit of turning just about any stew leftovers into pies. I also like making butternut squash hand pies, with some apple, nuts, dried cranberries and sage in there.

UrbanCook2012 November 13, 2013
We make a pie where the crust has black pepper. The filling has ricotta salata, finely diced sopressata, ricotta and eggs. It's amazing. Serve w a simple butter lettuce salad.