Today: A completely turkey-free gravy that will still satisfy. Whisk it together in minutes, then pour it over everything on the table. 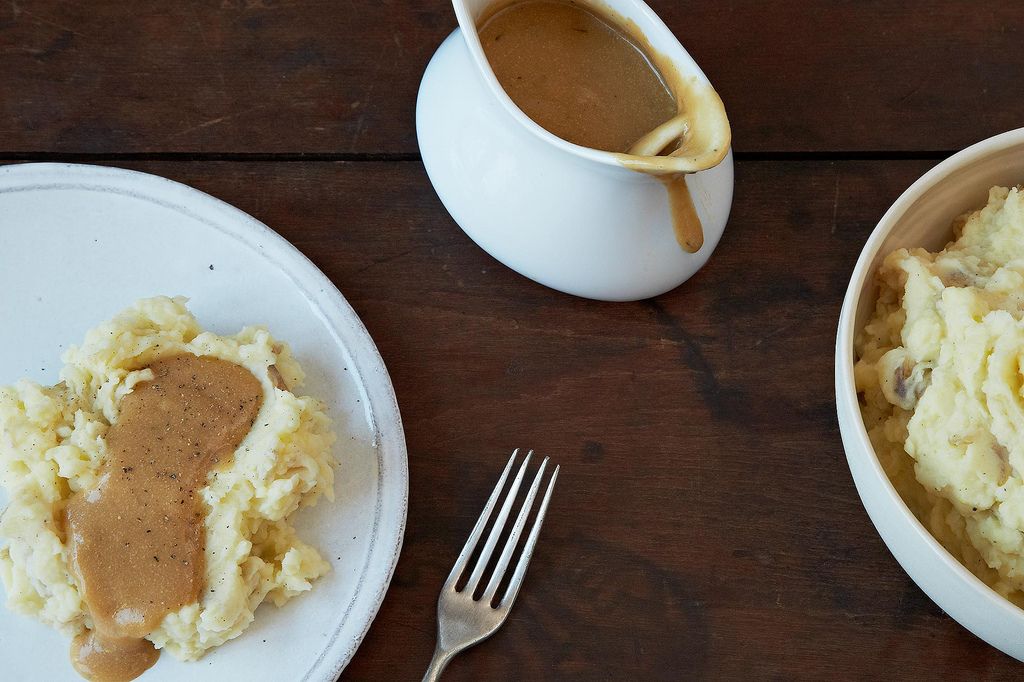 “Gravy,” according to Merriam-Webster, can be defined in one of two ways. In the first, it is “a sauce made from the juices of cooked meat.” By this definition, the recipe I’m about to share isn’t gravy at all.

But there’s a second definition, which states that gravy is “something valuable or pleasing that is more than what is earned or expected.” If we look at it this way, this gravy recipe couldn’t be more authentic. In spite of being 100% vegan and gluten-free, it’s delightfully flavorful, thanks to the magic of nutritional yeast, a little gluten-free flour, and some good vegetable broth. It’s also surprisingly easy to prepare, and will hold its own in any Thanksgiving spread.

This recipe, which is adapted from Jo Stepaniak’s golden gravy recipe in Vegan Vittles, calls for the addition of brown rice or chickpea flour. If you’ve never had chickpea flour before, you may want to opt for the rice flour, which has a very neutral taste. Chickpea flour, though, will add a certain kind of umami to the recipe. It may taste slightly bitter when you first whisk it in, but that taste evaporates as it cooks.

Whichever flour you use, prepare yourself for a gravy that is very valuable and very pleasing indeed.

curious I. July 28, 2017
Have you ever tried braggs amigos in place of the tamari sauce? Curious how this would taste. Also I love chickpeas but have never had the flour, think I will like it or is is just a different animal? er plant lol