Christopher Boswell on All Things Pasta

Today: Christopher Boswell, the chef behind the Rome Sustainable Food Project's new Pasta cookbook, talks to us about Italy's favorite food -- and shares a recipe for Bucatini all'Amatriciana. 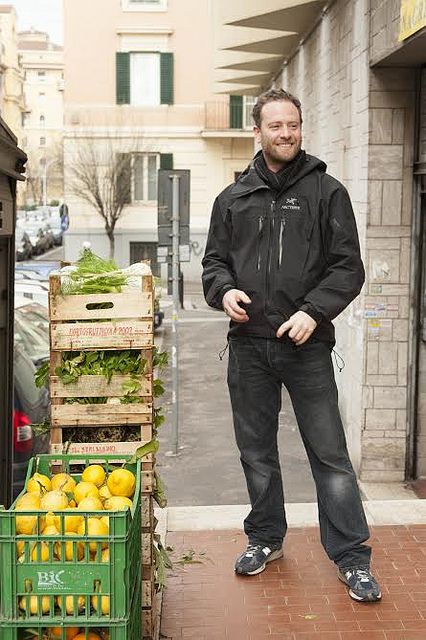 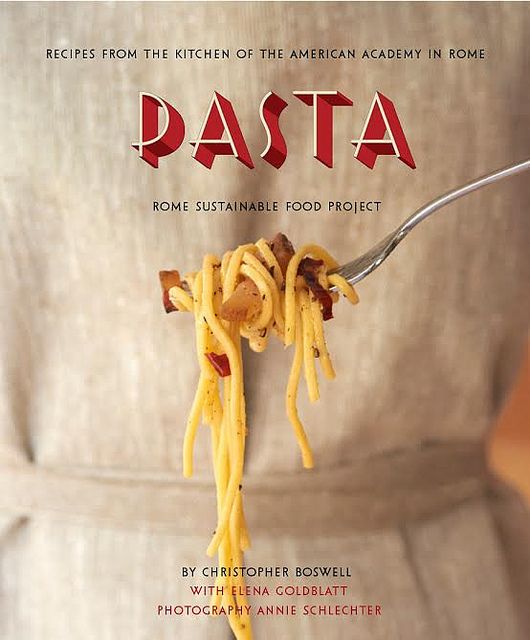 The mission of the Rome Sustainable Food Project, an extension of the American Academy in Rome, is twofold: to feed, and to educate. Founded in part by Alice Waters, the RSFP serves not only as a dining hall for the Academy, but also as its own educational entity: it hosts internships that teach not just cooking but also planting seeds, harvesting vegetables, and learning the cultural and historical context behind some of Italy's most traditional dishes.

Each day, RSFP interns cook a different type of pasta -- it is the national food of Italy, after all. So naturally, the RSFP's third single-subject cookbook -- following Biscotti and Zuppe -- is titled, simply, Pasta.

Written by executive chef Christopher Boswell and former intern Elena Goldblatt, Pasta serves to record and share recipes central to RSFP's menu-slash-curriculum, as well as those essential to Italy's cannon of traditional dishes. Recently, we spoke to Christopher to gain insight into how the Rome Sustainable Food Project Works, and how we can all make better pasta at home. 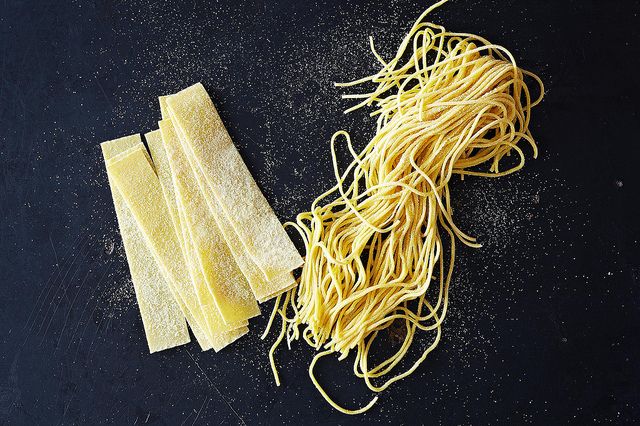 What's the most common mistake that people make when making pasta?
They don’t cook it properly. Pasta is more often than not stracotta, or overcooked, losing its toothiness. Getting that perfect al dente texture, draining the pasta at the right moment depending on the sauce you’re using, is the trickiest part. For example, if you’re using a tomato-based sauce, the pasta cooks for two or three more minutes in the sauce itself (to take on its flavor) and you really need to time the draining of the pasta correctly so that it finishes cooking in the sauce instead of overcooking.

You mention in the book's introduction that pasta became a popular food in the 19th century when pasta machines became more widely available. Has pasta consumption in Italy changed at all in recent years, or do you see it changing at all now?
Pasta remains to this day the national dish of Italy, and that isn’t going to change anytime soon. Pasta really is every Italian’s go-to for a quick and easy meal. Even when you have nothing to eat and your fridge is empty, I can guarantee that every Italian family always has at least a pack of pasta stowed in its cupboard. Pasta may not be the unifying dish of Italy, as Garibaldi claimed it would be when he liberated Naples in 1860, because there are endless disputes between towns and their traditions on the correct way to make a certain pasta dish -- not to mention the thousands of different pasta shapes that distinguish each region’s culinary traditions. Yet the mere fact that pasta is such a heated conversation topic reinforces the idea of how important this subject is to Italians to this very day. Pasta is the one thing that everyone, North to South and East to West, enjoys debating, and in my mind that makes it a national dish. 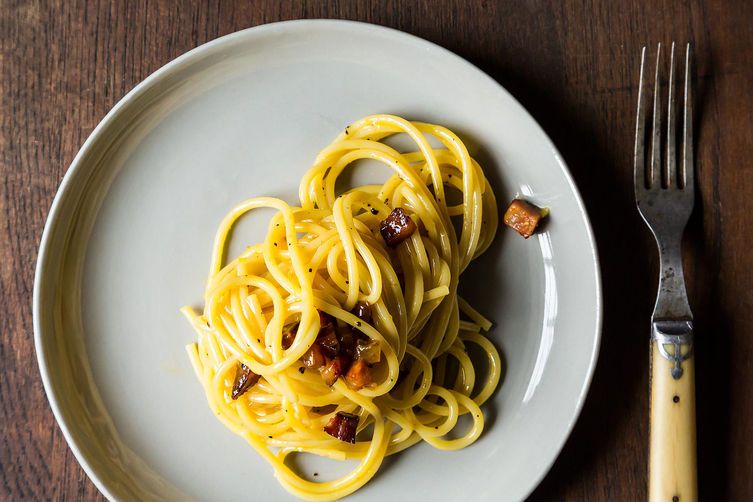 I would say that pasta consumption has largely remained unchanged in recent years, and by that I mean that it has remained very high. There has been one slight change: Recently people are definitely becoming more interested in kamut, farro, and whole wheat pasta as they become more health-conscious. It’s exciting to see producers finally starting to experiment with different types of flour to create new types of pasta, yet many people in Italy want to have their durum wheat flour pasta just as they always did and aren’t so keen on these changes. I think the “if it ain’t broke, don’t fix it” saying applies here: if durum wheat flour pasta is delicious just as it is, don’t tinker with it.

What are the best ingredients to have on hand to make pasta dishes in a flash?
Your kitchen staples should be the highest quality extra-virgin olive oil, some garlic, hot pepper flakes, black pepper, and maybe a can of whole San Marzano tomatoes. Keep some good pecorino or Parmesan in the fridge, and that’s it. Whether you want a quick aglio olio e pepperoncino, an easy cacio e pepe, or a simple pasta al pomodoro, you’ve got all you need right at hand without having to shop -- and you'll be spending very little in the process. 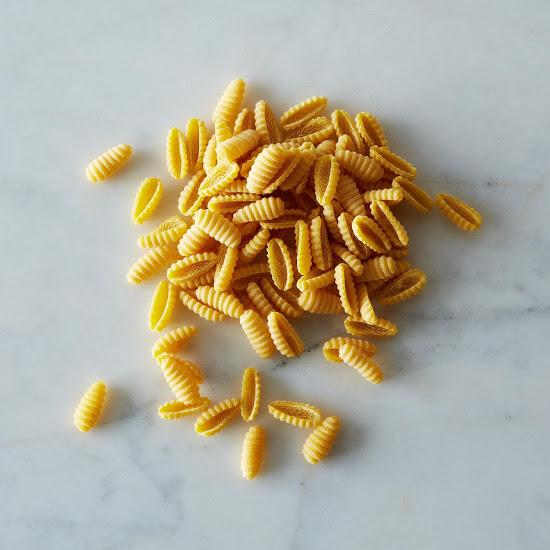 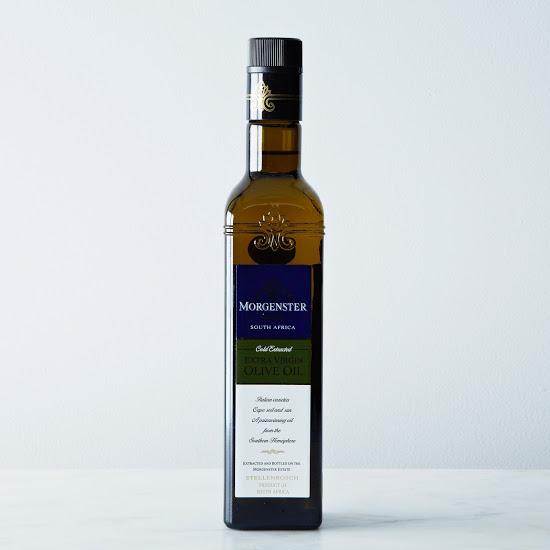 Is there a classic pasta dish from Italy that's unknown in the states?
Aglio olio e peperoncino (spaghetti with garlic, olive oil, hot pepper, and parsley) may be known in the USA, but it is definitely not appreciated enough for its delicious simplicity. It is easy to put together yet tricky to execute perfectly; when prepared correctly, though, this dish is truly a revelation. I especially love that this is the go-to dish in Southern Italy when no one can agree on what to eat because it is a given that everyone loves its simplicity. 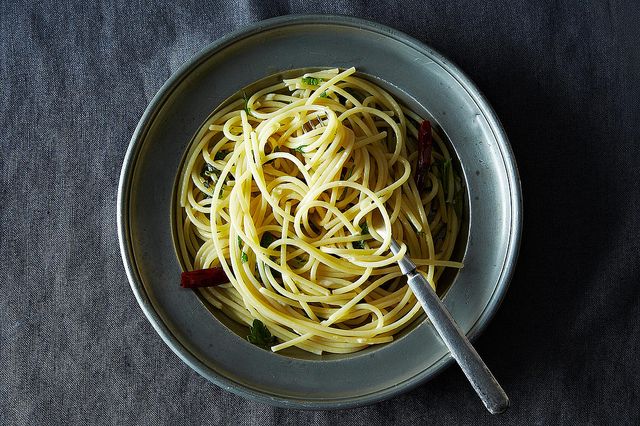 Can you talk a little bit about the connection between RSFP and Chez Panisse? How do the two organizations work together?
The RSFP is very closely linked with Chez Panisse. Alice Waters envisioned and founded the RSFP, so the project in Rome completely reflects the Chez Panisse philosophy: providing local, seasonal, and sustainable food that is nourishing and that supports local farmers and producers. Chef Mona Talbott and I had both worked at Chez Panisse before founding the RSFP, and our experience in Alice Waters’ restaurant really shaped the fundamentals of the project and the kind of cooking that we do. 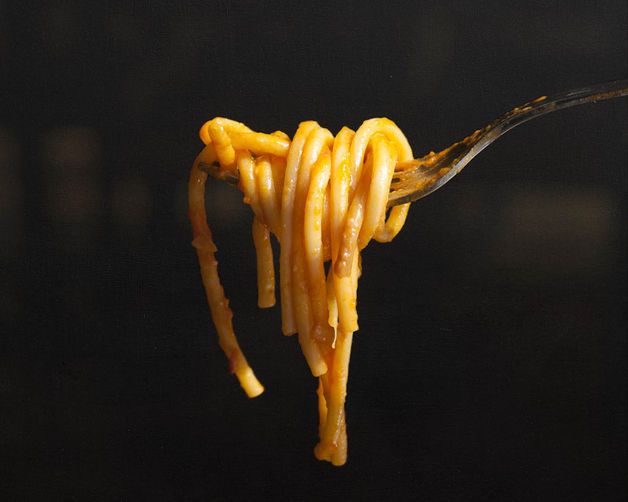 Bucatini photo by Annie Schlechter; all other photos by James Ransom.

ambradambra January 14, 2014
I love how different types of pasta suit different occasions (and sauces). One of my recent blog posts talks about this: http://ambradambra.wordpress.com/2013/04/25/pasta-shapes-my-memories/