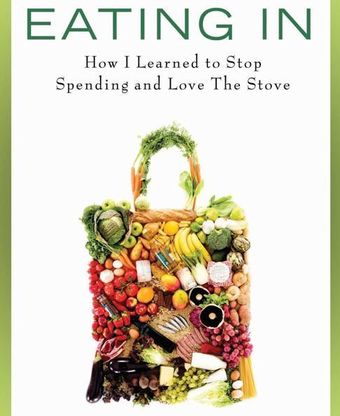 The Art of Eating In 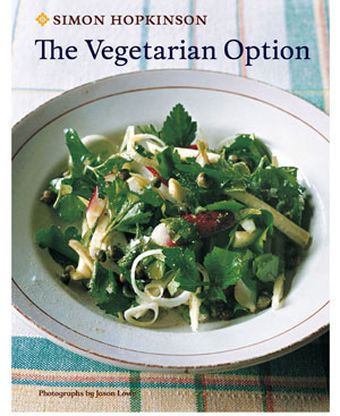 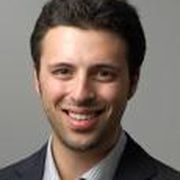 Ezra Klein is a staff writer at The Washington Post, a columnist at Newsweek, and a contributor to MSNBC.

The Vegetarian Option is a cookbook. In fact, it's a beautiful cookbook. One of the best I've come across in a long while. The Art of Eating In isn't. Rather, it's a memoir, with recipes. And though the recipes aren't bad, they're not going to leave you salivating helplessly, and many of them are present more to prove a narrative point than because they're something you'll want to cook. I like potato salad, but I'm actually not likely to go foraging in the park to furnish ingredients.

What makes the decision difficult is this: Cathy Erway is a wonderfully engaging writer. Time spent in her company is time well spent. The gimmick of her book -- and it is a gimmick -- is that she's a food-obsessed New Yorker who swears off the city's restaurants for two years. And not to spoil anything, but with the exception of a hapless slice of pizza, she pretty much makes it. Boiled to its essence, the book could -- maybe even should -- be dull. It's to her credit that it isn't.

Along the way, she thankfully eschews trite realizations about herself (so many of these books have a "man does not use the fork so much as the fork uses man" tone) for fascinating adventures in the food world. There are supper clubs, urban foraging, and an incredibly detailed adventure in making menudo. There are also the quick and narratively convenient relationships that are de rigeur for this sort of book.

At times, the book seems like it should be annoying. But it...isn't. Not much happens, but Erway's a winning writer, and her deepening dedication to home cooking coheres into an enviable worldview. It made me feel guilty for the amount of time I spend thinking about restaurants -- particularly considering that my most memorable meal this year was a spaghetti all'amatriciana cooked in the comfort of my own home, simmered atop my annoying electric stove. And how come I'd never thought of making pesto from carrot greens?

Oh, and best recipe? The pizza with kale, raddichio, and sausage or smoked mozzarella -- bitter and salty and good for a cold night.

But for all Erway's charm, she can't stand up to Simon Hopkinson's cool professionalism. Hopkinson is not, it should be said, a vegetarian. His other books have "roast chicken" in the title. And perhaps because of that, he's refreshingly free of the insecurities that afflict so many herbivores. His meals do not hide the vegetables, or mask the absence of meat with an abundance of eggplant and portabellos. Rather, they're recipes for anyone who's ever had an appetizer that didn't happen to have meat and realized it was the best part of the meal. Which is, I'd wager, many of us.

Hopkinson's writing is, like his recipes, quiet, confident, and a joy to consume. He's a man who knows how to deliver a final sentence, as in the section -- I will not tell you which one -- that begins with a trip to the Mani region of Greece ns closes, quite unexpectedly, with "When used to make golden aioli, it is peerless." It takes a good prose stylist to resist an unnecessary kicker, and Hopkinson is better than good.

The recipes are, too. There is the red pepper mousse with garlic toasts, a mixture of slightly jellied tomatoes, canned piquillo peppers, spices, and cream, all blended together and served atop baguette. The guests at your next dinner party will thank you. The grilled endive with mustard sauce is a bit too rich for my taste (2/3 of a cup of heavy cream?), but it can be thinned out, and the underlying combination is brilliant. The raddichio with hard-boiled eggs and herb sauce is another welcome pairing of bitter leaf and luxurious, unexpected accompaniment. There is a cocktails section, included, it seems, simply because Hopkinson likes cocktails. It is of a piece with the rest of the book, all of which seems like food that Hopkinson really does like, as opposed to food he tossed in to get the thing published.

My unexpected favorite of his offerings was the red pepper and potato stew, which is ignited by a jalapeno and almond relish that Hopkinson got from Mario Batali. It is both familiar and bold, comforting and refined. It is, in short, a winner, much like this book.

luvcookbooks November 27, 2010
thankful that i already own the erway book and loved it. therefore unable to vote on the review because i want the hopkinson book as well. sigh ... didn't like the roast chicken books but this one sounds really good. great, well written review.

mcs3000 November 19, 2010
Happy to see Ezra Klein on food52! Great review, but expected it to include a chart. And I have to give a hat tip to Merrill: Cathy Erway is an official badass. So are A&M for creating the Piglet.

Kitchen B. November 18, 2010
Since I'm determined not to add any more books to my collection (save Plenty, Dorie's cookbook and a host of others :-)). its fair to say that its the judges writing which brings me here daily with excitement - there's so much poetry and prose I wish I could win the lottery and buy every book in the tournament!

betsysbites November 18, 2010
ezra you need to do more food writing!

AntoniaJames November 18, 2010
If you click through on his name above, to get to his page on The Washington Post site, and then go down to the lower left margin and click on "Food," you'll see over a hundred articles written by Mr. Klein. I agree that it would be great to see more food articles by him, but if it meant fewer domestic policy and economics articles, well, that's a trade off I wouldn't make. I was raised on the Post (and the Times and the Journal), and continue to read all three of them, "religiously," some would say. Mr. Klein is the best of the best. This is such a good review of the books, as I would expect. I am thrilled (and really impressed) with the quality of the journalists and others who are judging this tournament. ;o)

mklug November 18, 2010
I had avoided the Hopkinson book, because although I am trending towards less meat, I was also apparently the only person in the free world who didn't care for the Roast Chicken book...it might be that I should check out both of these--I'm with you, thirschfeld!

thirschfeld November 18, 2010
This is a tough one. I am excited about all the vegetarian books being reviewed but I am a big believer in eating in. Maybe I just need both books.