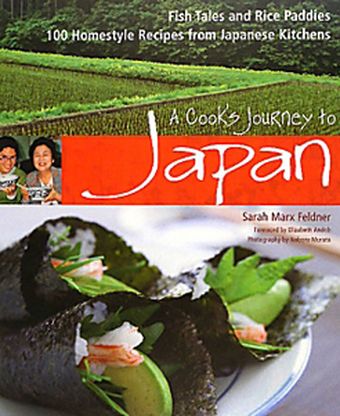 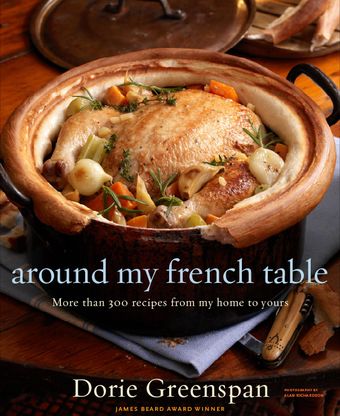 Around My French Table 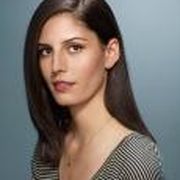 Soraya Darabi has been witness to and at the heart of Silicon Alley’s rebirth over the last half of this decade. As Manager of Digital Partnerships and Social-Media Marketing at The New York Times, Soraya successfully led the drive to market nytimes.com across multiple social-media platforms, including Facebook and Twitter. In 2009, her New York Times multimedia Inauguration Day campaign on Facebook won first prize at the INMA Awards for excellence in marketing. She was named one of AdAge Magazine's "25 People in Media to Follow" on Twitter.com and was listed at #2 on "The Silicon Alley Insider 100" at the end of 2009. In June 2010 she appeared on the cover of Fast Company magazine's "100 Most Creative People in Business" issue.

Today, Soraya is co-founder and business lead at Foodspotting, a visual local guide that lets you find dishes instead of just restaurants. Powered by people who take pictures of their food (for badges and glory), Foodspotting makes finding good food easier by letting you see the foods around you.

Soraya earned her B.A. in English Literature at Georgetown University and has forgiven the Hoyas for losing the first round this year even though they destroyed her bracket. Follow her on Twitter.

If Sarah Marx Feldner, the author of A Cook's Journey to Japan were up against Dorie Greenspan, the author of Around My French Table, in, say, a Girl Scout Cookie contest, where the winning scout is judged evenly by the number of boxes she sells, this contest would not be named a round. It would be a smack down.

Stone cold James Beard award-winning Greenspan recently made the New York Times Bestseller List, and followed that prize with a chart-topping #1 cookbook of the year on Amazon.com. Which, if you haven’t heard of it, is a commerce site your Mom likes.

Luckily, Feldner and Greenspan aren’t competing dollar-for-dollar in Piglet. They’re duking it out for my untrained, unscientific amateur affection.

My dish reenactments began inside a tiny Brooklyn, then slightly larger Manhattan kitchen. Before each brewing began, a trip was made to the supermarket to buy roughly 98% of the ingredients required by the classy Francophone-loving Greenspan and the Mirin-addicted Feldner.

Let’s start with French Table, which Rizzoli could have published because this book belongs on an old lady’s antique coffee table. The stock of the pages is thick; the photos –- expertly taken by Alan Richardson -- are precisely positioned in between pages of 300 mouth-watering French comfort foods. Content aside, this book just feels good in your hands. I flipped through the pages about a dozen times before I attempted my first recipe.

In Greenspan’s words, “This is not a by-the-rules book….” and the good news is she’s right. I own Mastering The Art Of French Cooking, La Technique and La Cuisine thanks to a chef-extraordinaire grandmother who lived and died by Julia Child’s Coq Au Vin. I was worried Greenspan would come off too close for comfort to her famous predecessors.

I was relieved to find an awesome, if not quirky, selection of French and French-inspired recipes ranging from the obvious (an upside-down tatin she dubs "Marie-Hélène’s Apple Cake" is the signature dish of this book; a delicate fois gras was impossible to get right but fun to try) to the exotic (a Macreb Moroccan stew with a thick mushroom base applied to hearty winter veggies and sweetened citrus flavors tasted far more French, somehow, then even the braised boeuf).

The dishes listed above are conveniently the recipes I attempted to recreate, often failing, but that’s half the ride of cooking.

Generally speaking, for anything but a novice chef, Greenspan’s recipes were simple to follow, not overly complicated in flavor and easy to impress with.

My taste-tester thought the results, when completed, looked like a vintage cover of Gourmet magazine, when cartoonish versions of Western European staples shined in goofy pots, month after month. Nothing lacks in this book. It appeals to the masses. I plan to whip together her bouillon-infused mashed potato hash for years to come, never remembering exactly how I first stumbled upon the dish, confusing her take with my grandmother's, with Julia’s, with my own. That’s the mark of a good recipe.

Feldner’s A Cook's Journey To Japan reminded me of of Greenspan’s in some respects. They both show an appreciation for the cultures they’ve adopted by incorporating homegrown recipes –- taken from grandmothers or next-door neighbors -– alongside celebrated staples. Neither approaches their recipes academically and both are liberal with the rules. Both remind the reader that exotic ingredients are difficult to find and so I took liberty replacing corn starch with wheat starch in Greenspan’s book, eringi with shiitake in Feldner's.

For Feldner, Japanese dishes are marked by the portions of wasabi, miso, dashi, and tofu she deploys. After a first recipe test of sautéed soy beans, I decided I liked that the pages of her book are minimalistic, possibly appealing to the food-enthused diaspora likely to purchase it in English.

I made several dishes from this book –- a flavorful stir-fry that sat on top of a pea-infused bowl of Japanese rice, ginger tea and tonjiru (pork miso soup). I had never attempted Japanese food prior to this judging but in making the soup, I was surprised by how accessible Feldner was able to make the process. Most chefs find French cooking daunting, but I grew up with it. Maybe the Japanese palate is so subtle there is less room for error. I learned from Feldner how to create simplistic Japanese dishes that, coupled together, can create a nice assortment of complimentary treats. The gingerade in her book, for instance, went nicely with the 4 or so recipes I tried. The stir-fry took perhaps 15 minutes to make, and the pea-infused rice another 30. I suspect after trying the recipes 2 or 3 more times, they’ll be ingrained in my head, a go-to 30 minute meal. And by trying the dishes again and again, I’ll perhaps feel differently about Japanese cuisine. My focus will be on the vast variety of fishes she introduced in the book, the abundance of soups and desserts I’ve been less familiar with in my lifetime -– but seem to be staples of the Japanese home.

Truthfully, I doubt I’ll return to this book on a regular basis because none of the dishes I tried had a wow factor. They were tasty but lacked the hook beyond "this was simple and quick."

The French Table shines through to the next round, but I’d buy Feldner’s Journey for a friend headed to Asia. Without testing the recipes, a decent appreciation for Japanese, beyond sushi, is easily formed.

Around My French Table

mcs3000 November 24, 2010
So happy to see Around My French Table advance. Nice touch including the Gourmet cover. Really enjoy reading the backgrounds of the judges - excellent choices, just like the books.